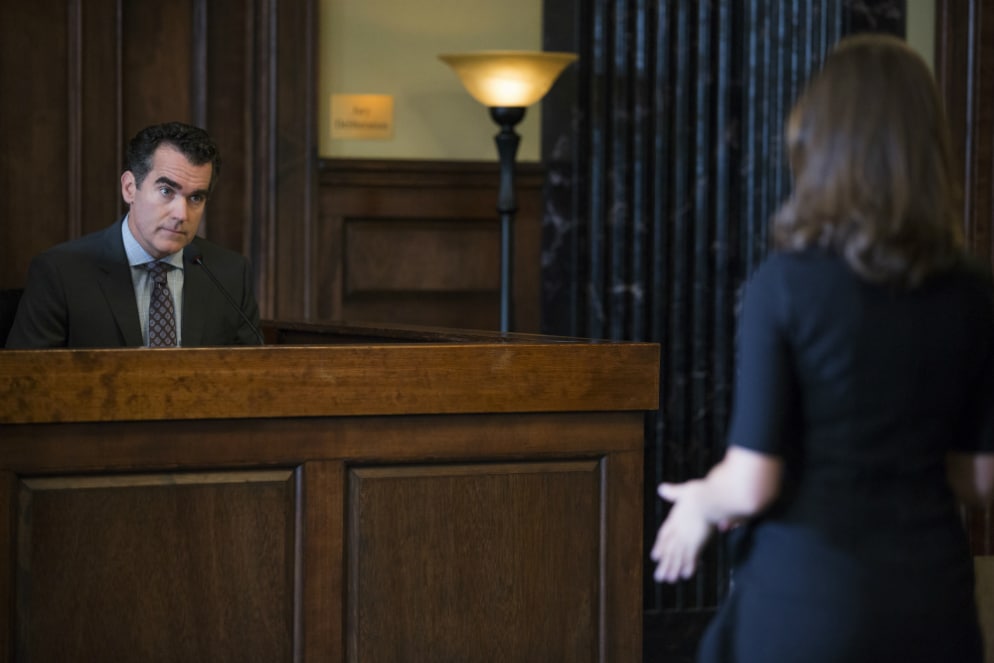 You wouldn’t know it from talking to him, but Brian d’Arcy James is a Broadway legend. The down-to-Earth triple threat has appeared in some of the biggest and most critically acclaimed stage productions over the past decade, ranging from his recent stints in Something Rotten and Shrek the Musical to Sweet Smell of Success and, of course, playing King George III in Hamilton. He’s also crossed over successfully to the big screen, bringing his considerable talents to award-winning films such as Spotlight and Molly’s Game (Toronto clearly holds a special place in his heart). This year alone he’s featured in Damien Chazelle’s follow-up to La La Land, First Man (also starring Ryan Gosling), and alongside Melissa McCarthy, Tiffany Haddish and Elisabeth Moss in The Kitchen.

We spoke with the humble actor about his recent return as “Hannah’s Dad” on the second season of 13 Reasons Why and the following is a condensed and edited version of our phone conversation.

Brief Take: Congratulations on the show! I first saw you in Next to Normal, which was such a brilliant and groundbreaking show. With Next to Normal and now 13 Reasons Why, Brian Yorkey has written material that has sparked conversations about mental health. What has your experience been like working with him?

Brian d’Arcy James: I’m glad that you referenced Next to Normal because that was the beginning of my relationship with the extraordinary Brian Yorkey. As you said, he’s definitely shining a light on mental health issues, first in Next to Normal, for which he won a Pulitzer prize, and he really showed a family in crisis dealing with a woman who’s suffering from bipolar disorder and her challenges, but also in how it affects the family. That was an extraordinary piece of theatre and a great relationship that I feel like I was able to establish with Brian. Then, to be able to do it again, I owe him a great debt of gratitude for getting the chance to be on 13 Reasons Why. I think he’s a very adept and skilled writer, especially when it comes to the voice of a younger generation and capturing that voice, he did it in Next to Normal as well. Even before 13 Reasons Why started filming, I felt very confident that this was going to be the person who would capture that voice accurately, without condescension and in a really dynamic way.

Brief Take: This series also marks the second time that you’re collaborating with writer/director Tom McCarthy, who you had also worked with on Spotlight.

BDJ: Well with both Brian and Tom, you’re lucky if you get the chance to work with people again because you develop a kind of short-hand. There’s an element of the work that’s eliminated by virtue of your familiarity, and that’s really helpful because it helps you get to the core of what you want to achieve. With both Tom and Brian, both of whom I regard very highly, a lot of the work had already been done in the sense of I knew where they were coming from and I knew how they worked. To find myself on a set with Tom McCarthy, after being in the Oscar winning movie that he directed and co-wrote, I didn’t think that would ever happen. And to have it happen so soon after working with him on Spotlight, it was a thrill and it made me feel very happy. 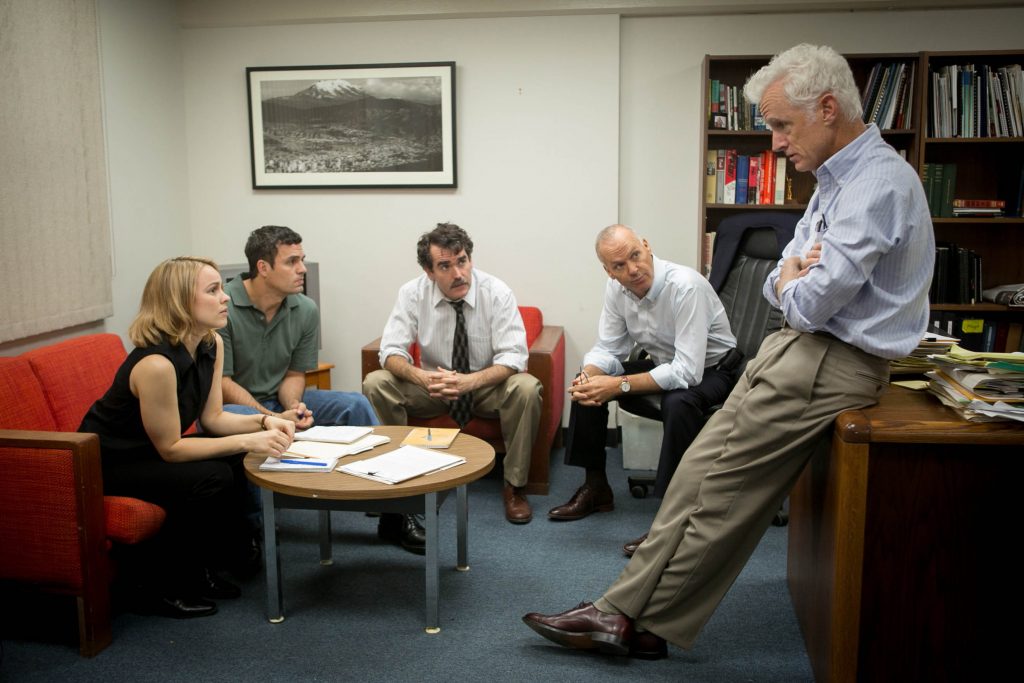 BT: You mentioned in another interview that the first season of 13 Reasons Why sparked some in-depth conversations with your daughter. What did she think of the second season of the show?

BDJ: She hasn’t seen it yet. Can you imagine?! It’s two days old! [laughs] I have to take her binge card away. [laughs] She’s getting ready for her ACT test, so it’s alright. For the first season, when I would read the scripts and see how the story was developing, it would give me the great opportunity to discuss things with her about what her life at school was like. Coming from a different angle, it created a bridge for me that quite possibly wouldn’t have existed without my participation in the show.

BT: You’ve been involved with some hugely popular productions over the years – not just Spotlight, Next to Normal and 13 Reasons Why, but also Hamilton, Molly’s Game, Something Rotten, Sweet Smell of Success, and I could go on and on. Do people approach you on the street and talk to you about their reactions to 13 Reasons Why?

BDJ: Usually the point of reference is, “hey, there’s Hannah’s Dad!”. [laughs] I have had a few conversations about the show though. When I returned to Hamilton last summer, it was right after the first season of 13 Reasons Why had come out, and a lot of people were talking about the show, a lot of parents and a lot of young kids. It was interesting to have conversations with both parents and their children. As the parent of a teenager myself, I would ask the parents if they were watching the show with their kids, I suggested that it would be a good idea if they did, and it’s a great way to have a conversation and be a part of a conversation that might be challenging or difficult, but very important to have, from a parental point of view.

BT: Speaking of being known as Hannah’s Dad, what was it like to work with Katherine Langford again this season?

BDJ: I was thinking about this when I was watching the episodes of the second season, just reminiscing about meeting her in the beginning of the first season and getting to know her. I got to know about her story, having moved from Australia and diving into the deep end, as it were. She acquainted herself so incredibly well and her work speaks for itself. She’s an extraordinary actor! She’s also just a lovely human being. So it’s been interesting thinking back on that time. When you’re creating something and no one knows what it is, and you have the sense that “wow, this person’s work is going to be seen and lauded by so many people”, and of course that’s what happened. It’s really wonderful to see the beginnings of such a great career for her. It was great to see her again and to do some scene work with her again. 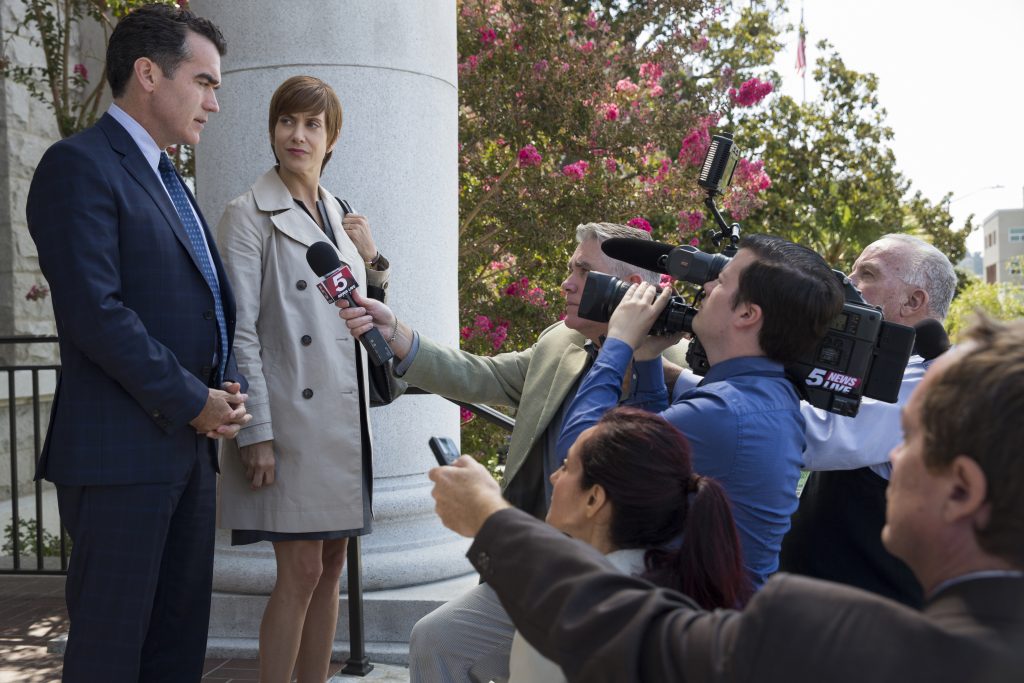 BT: What was it like to reunite and work with Kate Walsh again?

BDJ: I adore Kate and I think she’s remarkable. The time we spent creating that relationship and working on that relationship, from an actor’s point of view, and trying to get all the nooks and crannies of a marriage in crisis and trauma, it felt really good to come back to that relationship and that dynamic. It’s a different phase of their relationship, for sure, but that was exciting because we had done a lot of work before that, so it’ll be exciting to see what Brian writes for us in the next chapter.

BT: Speaking of scene partners, you got to be in scenes with musical theatre powerhouses Wilson Cruz, Kelli O’Hara and Anthony Rapp. As a huge musical theatre fan, please tell me there was some singing on set!

BDJ: [laughs] I don’t recall any singing but we definitely have a lot of mutual friends in common. Like with Tom and Brian, it’s fantastic to be surrounded by talented people that you know.

BT: I know you don’t have any scenes with them directly, but did you get to interact with the younger generation cast on set?

BDJ: Not that much, to be honest. My scene work with Kate was pretty independent of their storylines. I will say that I am astounded by each and every one of them and the work that they do. These are brilliant young actors. I feel like I have this front row seat to this new brilliant generation of actors, like Katherine and Alisha [Boe] and Tommy [Dorfman] and Dylan [Minnette] and Christian [Navarro], all of them really! People are going to be watching them do extraordinary work for the next 20, 30 years. I feel very lucky to have been there at the very beginning and watch them all begin their very successful acting careers.

BT: Sometime between your work on the first and second season, you filmed Damien Chazelle’s First Man and got to reunite with [Spotlight co-writer] Josh Singer!

BDJ: That’s right! All roads lead back to Spotlight. Josh was the writer of First Man and again, another great example of feeling a little less intimidated by such a huge project and getting to work with Damien Chazelle and Ryan Gosling. It takes a little bit of the anxiety away when you know the screenwriter and have a nice rapport and friendship with him. I will say that working with Damien, I was really appreciative of how he worked. Watching him work, seeing him be very creative, knowing exactly what he wanted to do but was never, ever afraid to veer off the road and find something unique and unexpected. I think that’s one of the many reasons why the film will be so extraordinary. Also, with Ryan Gosling, when you know somebody so well just by virtue of being a fan and having been a consumer of his films, and then being able to watch that person create a character, that, to me, was very interesting. I love being able to step outside of my fandom and watch the mechanics and the artistry occur right in front of you. It’s educational and inspiring and it’s why I love what I do.

BT: I imagine it’s the same feeling on the set you’re on now – The Kitchen.

BDJ: Yes!! I am having a blast! I’ve only been on set three days but it’s been so much fun. I’ve been really enjoying it! I play Melissa McCarthy’s husband so I’ve been spending time with her, and she’s as kind and generous as she is hilarious. She sets a really high bar. Plus Tiffany Haddish is such a funny person! It’s interesting because I’ve been thinking about Spotlight and people would say, “was that a difficult set? was it really hard to film, due to the nature of the story?”, and while yes, of course, you are dealing with a harrowing subject, there was a great camaraderie on set. It didn’t ever feel heavy or burdensome. Everyone was so happy to be there and there was a great balance of turning on and off, if you will, in terms of when you had to show up and get your hands in the muck for the story that we were telling, but then also being able to sit around and enjoy each other’s company. That’s the same feeling that I’ve been getting on this set. While you have Tiffany and Melissa, who are both established comedic geniuses, it is a drama. While the scene work is filling that bill, when the cameras are off there’s no shortage of laughs because these women are inherently funny, which makes it a joy to go to work every day.

13 Reasons Why seasons one and two are now streaming on Netflix. For help finding crisis resources, visit 13ReasonsWhy.info 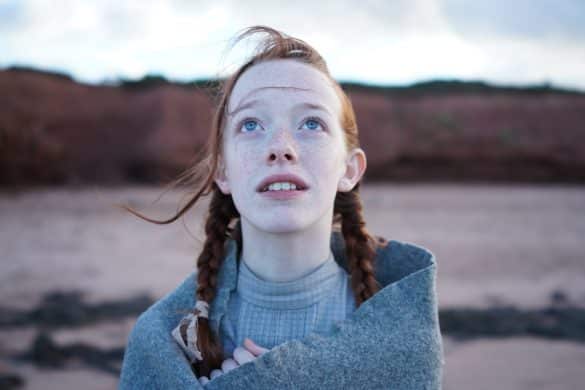