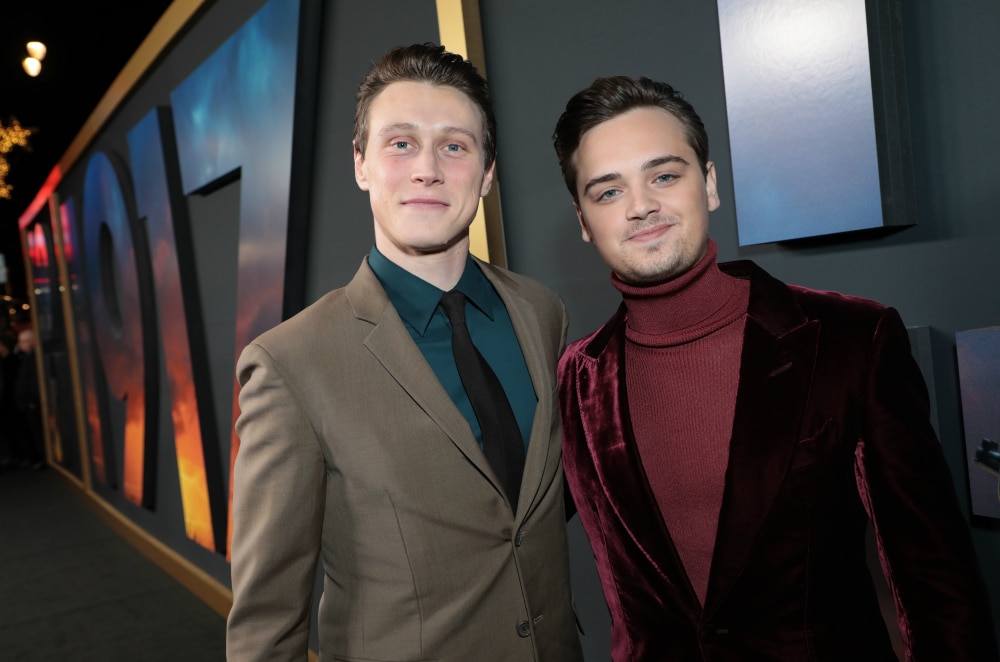 Sam Mendes’ latest film, 1917, follows Lance Corporal Blake (Dean-Charles Chapman) and Lance Corporal Schofield (George MacKay) as they attempt to deliver a message across enemy lines during the First World War. Shot by master cinematographer Roger Deakins (seemingly all in one take), it’s a stunning technical achievement and a visceral cinematic achievement unlike anything else released this year (or any year, for that matter).

As longtime admirers of George MacKay and Dean-Charles Chapman’s respective work, we were delighted to sit down with the British actors during their recent 1917 press tour stop in Toronto.

The following is an edited and condensed version of our intimate conversation. (*Slight spoilers ahead*)

*This interview was originally published on December 25, 2019*

Brief Take: What did you like best about working with each other on this film?

Dean-Charles Chapman: Oh, I could go on and on and on. You know what, I could never have done this film without George. Dead serious. We spent six months rehearsing together and just sort of even watching George act, I’ve learned a lot. To be in a scene with him, for nine, ten minutes at a time of being lost with him, has honestly been one of the highlights of my career. [to George] I love you, mate.

George MacKay: I feel the same about Dean. There’s just goodness in Dean, just at his core. But as an actor, he’s so immediate, so in the moment, so natural. There are some people who are amazing craftsmen but it’s about the math of it, whereas Dean lives it, he lives that moment. He can do the craft stuff too, but it’s like nothing else when you’ve got someone just being in front of you. With such a technical shoot, that was essential to those long takes. [to Dean] So it’s been a pleasure. 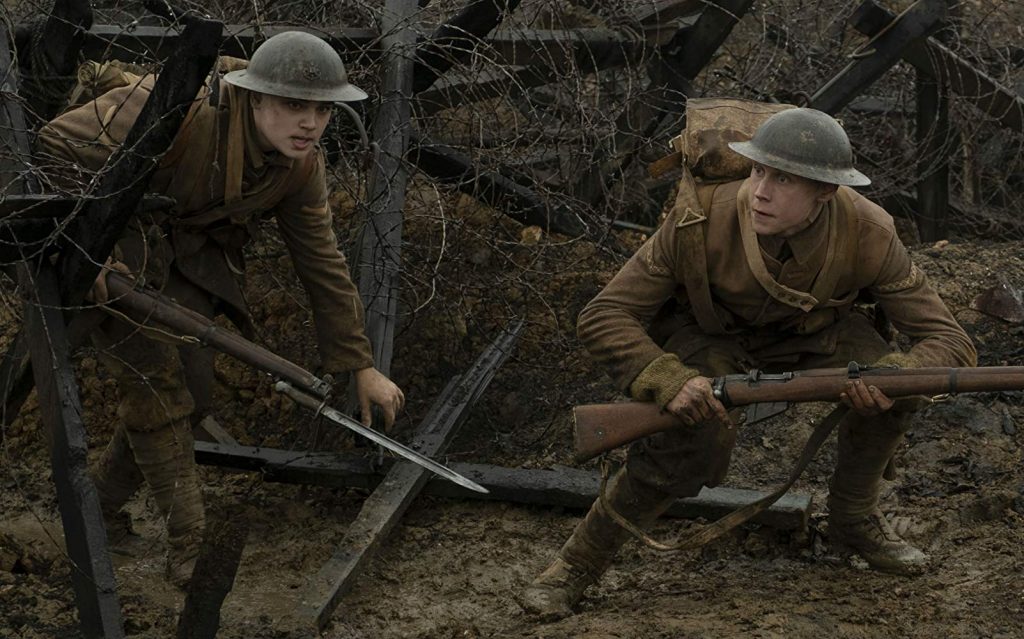 BT: You saw a rough cut of the film about a month ago, right?

DCC: We saw two rough cuts. [to George] Have we both watched it three times now?

GM: Yeah, I missed the second rough cut actually, but I saw it four times all in all.

BT: Do you have a favourite moment of each other’s on screen that you’re in awe of?

GM: Well so much of it we were with each other and looking at each other throughout the filming of it, but there’s a bit where soon after we’ve gotten the message, and Dean’s character gets into a bit of a fight with a fellow. He knocks him down. And afterwards we break up the fight, and he’s steaming off down the trench…and for me, my memory of that is Dean’s shoulders and Dean’s body language and thinking “we’ve got to calm him down. How are we going to suss out this mission that we’re on?”, but it was just Dean’s back. But then when I saw the film, I got really emotional because it’s on Dean’s face and you’re watching Blake try to hold it together, trying not to break down as all his emotions are just bubbling up about his brother and what he’s got to do. That really struck me because that was one of the few bits of the film where I didn’t see what Dean was doing from the front, so that really got me.

DCC: One of my favourite moments of George in the film is the bit in the truck when he climbs in. [to George] It just stays on you, while all the soldiers are just chatting and joking around. George’s performance in the whole film is so subtle and so honest and it’s all in the eyes. [to George] In that one shot of you, you’re literally doing nothing, but you can see exactly what you’re feeling. You’re not talking, you’re not telling us, you’re just literally living and showing us, and you can really see what’s going on in your mind and what you’re feeling. That is my favourite bit.

BT: When you watched the film, did you have a moment of your own that you’re particularly proud of?

GM: It’s more of seeing what wasn’t there on set. For me, the big thing was the music. I think Thomas Newman’s score is so brilliant and there’s a few bits where I felt, in the doing of the scene, I was thinking “what Schofield is doing is the absolute pits”, and then they put a beautiful piece of music on it that has a real courage and uplifting. That’s just one example. And that was so moving to see because it completely rejigs the meaning of the scene, and my understanding of the meaning of the scene was how Schofield was feeling, but actually that’s not what the scene is about. He’s just feeling that within this bigger thing. So hearing Thomas Newman’s score was really amazing.

DCC: Yeah, the score. Hmm, I’m just trying to think. I mean it’s really hard to put your finger on just one thing. I mean we’ve been asked a lot “what was the most difficult scene to film?” and you can’t just say one! All of it was so difficult in its own way. Each shot had its own challenge and difficulty but I loved the No Man’s Land sequence with Blake and Schofield. The whole flow of it is just amazing, what they did with the cameras behind the scenes with the rigs is just amazing.

BT: You said you had rehearsal for six months, and you mentioned in a previous interview that you took road trips with each other. What did you learn about each other that surprised you or thought was particularly out of the ordinary?

DCC: I am! [starts making tap sounds on the table in front of him]

BT: George, you’ve reunited with Andrew Scott, your co-star in Pride, in this movie.

BT: What was it like to work with him?

GM: Andrew is electric, you know? What’s so cool about him is there’s a kind of danger to him when he’s acting. You really don’t know where he’s going to go and it’s never vague, he’s doing three things at once, it’s so complex. That’s so true in life, but I just love his scene so much because when he gives us that mission and tells us where we need to go, he’s both pissed off at the whole situation, kind of annoyed with us, he’s being cynical, he’s being hilarious, and he’s also really sad at the whole situation, amidst the humour. And he does it all effortlessly! He’s brilliant.

DCC: I just love that scene and that character. Like with all the actors in the film, you read the script and you imagine how they’re going to do it, but it’s completely different. What he brought out of that character and what he brought to the day just blew my mind. It was all so subtle and so natural, you know? I remember, we were talking about it the other day, when Colin Firth came into rehearsals, he just sat at the table just reading the script. And he did it so beautifully! We both looked at each other like, “woah! that was good”. He did all of it flawlessly. 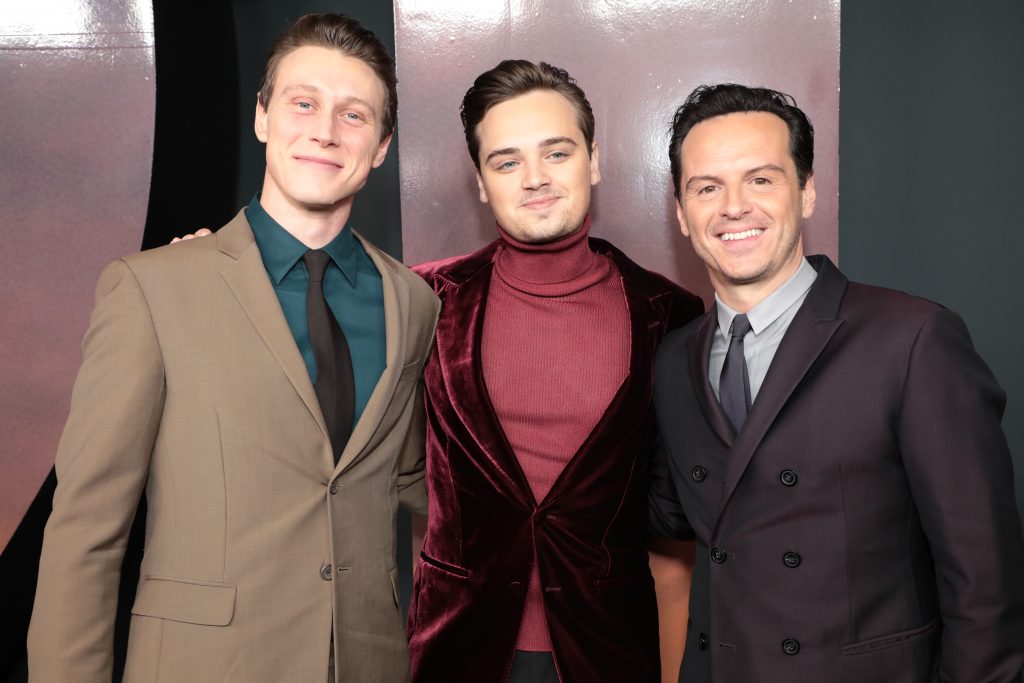 BT: Do you have people in the industry whose careers you’d like to emulate?

DCC: I love Robert de Niro and Leonardo DiCaprio. The choices they’ve both made in their careers are amazing. They’ve both done really brilliant films.

GM: I worked with an actor named Eddie Marsan who’s an English actor who, for me, is just so brilliant at his job and such a good man as well. His professionalism is so inspiring, so for me, Eddie Marsan’s ability to balance proper work and respect for everyone and then to have a life outside of it was really special to witness.

BT: As someone who saw Sunshine on Leith twice at TIFF a few years ago, I’m super excited for The Kinks musical that you’re attached to.

DCC: A film about the Kinks?

GM: Yeah, they were going to make a film about the Kinks and Dave Davies.

BT: You could have taught him how to tap dance.

GM: We could do a version of La La Land in east London.

BT: And Dean, you have Here are the Young Men coming up. You’ve both now worked with Anya Taylor-Joy.

DCC: Yeah, we have! Our mutual friend.

GM: Yeah we saw Anya actually the other week. She’s a lovely lady and a crackin’ actress as well.

BT: Tell me about Here are the Young Men. It has a phenomenal ensemble.

DCC: Yeah, yeah. Finn Cole, Anya…we filmed that last year. It’s based on a book by Rob Doyle, it’s set in Dublin in 2003 and it’s about a group of friends who just left school and they sort of spiral down this pit of drugs, alcohol, violence, and sort of questioning each others’ friendship. It’s pretty dark, really. I haven’t seen it yet but the script was really dark and it was very hard to act. My character was on lots of drugs. But yeah, Anya plays my love interest. I’m not sure what the plan is for that film but I think they might try to take it to some fall festivals.

BT: George can tell you all about TIFF. He’s here every year and he can tell you that the audiences here are very warm and welcoming.

GM: Yeah! It’s a great festival. Genuinely, the warmest audiences at TIFF. The city has such a buzz about it during the festival, it’s very exciting. 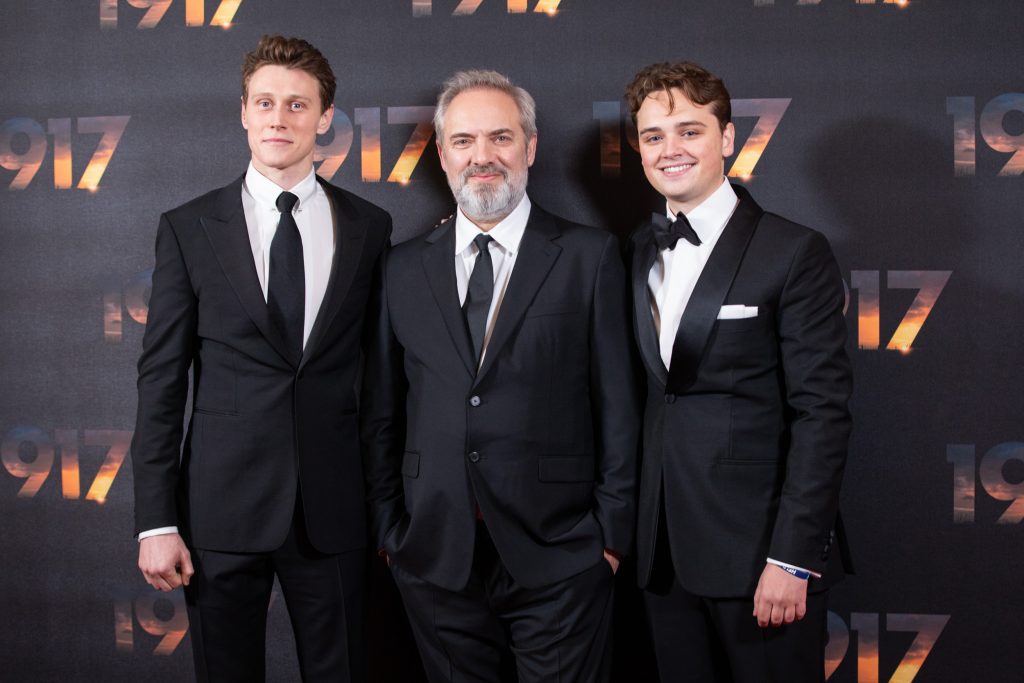 BT: Back to this film, tell me about your experiences collaborating with Sam.

DCC: [laughing] Big fan of Sam’s. Before I met the man. [laughs] Yeah, to be able to have the honour and privilege of being able to work with him and Roger Deakins as well, they’re people I look up to. Sam is very skillful and a real master of what he does. All of this was masterminded by Sam – it’s his idea, his vision – and he’s a superb director.

1917 is available on Blu-ray combo on March 24, 2020. Read more about the film in our interview with its co-writer, Krysty Wilson-Cairns, here