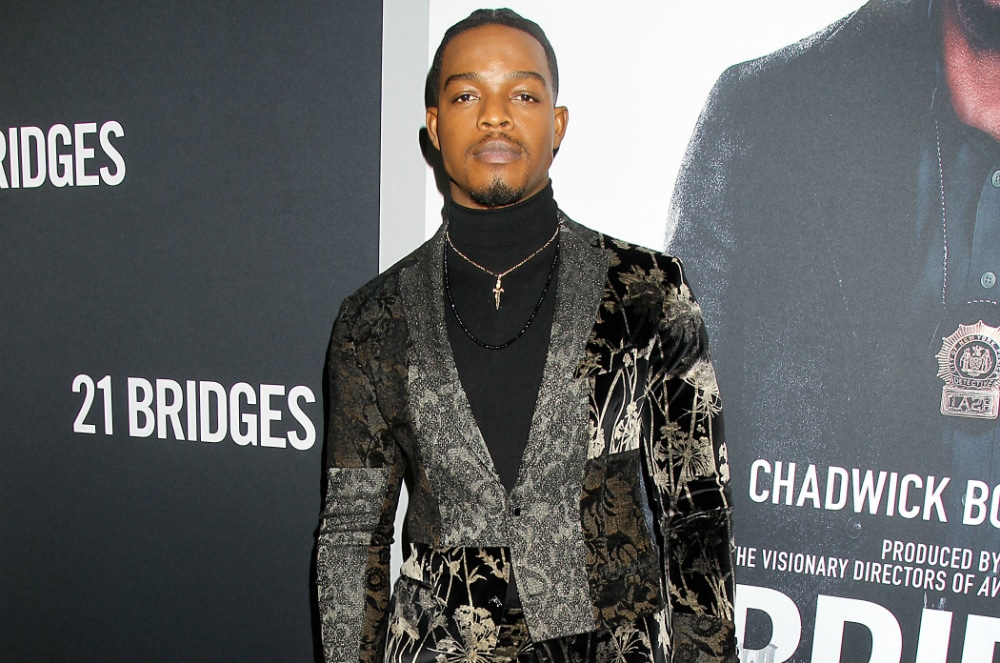 Although he’s back in Toronto to present thrilling actioner 21 Bridges, this past Friday was a bit of a Homecoming for the 6ix’s Stephan James, as he is also set to star in the upcoming second season of the Amazon Prime Original after impressing audiences in season 1 and more than holding his own opposite Julia Roberts. That project, coupled with playing the lead in Barry Jenkins’ powerful If Beale Street Could Talk, and now into the octane heavy Brian Kirk-directed 21 Bridges, proves that our Stephan James is an incredibly versatile performer, immersing himself fully into every role. This was my fourth time interviewing Stephan and every time he makes me feel like I’m sitting down with an old friend.

The following is a condensed and edited version of my one-on-one chat with the incredibly winning Stephan James of 21 Bridges. *This interview was originally published on November 22, 2019*

Stephan James: Hey buddy, how are you?

BT: I had a chance to watch it and I really enjoyed it.

BT: There were a lot of twists and turns and it’s so different from anything you’ve ever done before. How do you feel about getting to explore different genres and vastly different characters in each of your projects?

SJ: I love it, man. I really, really love it. I think it’s part of the reason why I act – I never want to be pigeonholed or beholden to one idea or one way of storytelling. So to be involved in a film that feels like a film that’s similar to a lot of the films I loved growing up – high action, fast paced thrillers – it’s been a real joy for me.

BT: With your recent projects of If Beale Street Could Talk, Homecoming season one, and now season two coming up, and 21 Bridges, what do you find to be the defining thread amongst your recent career arc?

SJ: Oh man, I think that I’ve always just chased stories that were interesting and compelling and spoke to society in a way. Art that reflects life is important to me. And then the opportunity to work with people who I admire and respect like Julia Roberts and Sam Esmail and Barry Jenkins, or now with Chadwick Boseman and J.K. Simmons and the Russo brothers in 21 Bridges, for me, you look at all the elements of a project and then you make your decision based on that.

BT: I got a chance to watch some of your junket interviews for this film. What’s it been like reuniting with the ensemble?

SJ: Yeah, it’s been good to see Taylor (Kitsch). I’ve been doing a lot of my junkets with Taylor, a fellow Canadian, who I really enjoyed working on this film with. I spent most of my days working on this film with him. And then seeing Chadwick again has been really cool. It was my first time working with Taylor and first time working with Chad. I met Taylor maybe a week before we started filming, same thing with Chad, so there was no time to build chemistry. It was either that we were going to like each other or we were going to hate each other, and it just was what it was. Thankfully both of those guys are solid dudes. I was happy to be in the trenches with both of them.

BT: This movie is so action packed, and in Homecoming, so many of your scenes were…

SJ: .. Still. Yeah. It’s a fun contrast. All these things add up to make the actor that I am now; it build character. These experiences lend themselves to the next thing, so I’ve been grateful for everything.

BT: In Beale Street also, there’s so much that’s unsaid in the film and yet it has such a beautiful visual poeticism to it and a lyricism to its script as well.

SJ: Yeah, Barry Jenkins is a special filmmaker and a special storyteller. There’s so much that’s said without being said at all. I think he has a gift where that’s concerned, and so does James Baldwin, so it was a perfect match with those two. Beale Street meant a lot to me. I really enjoyed making that film with Barry. It was one of the more inclusive and warm sets that I’ve been on. He created an environment for us to feel safe to create and to find our characters within that world, so I’m very proud of that film.

BT: Looking back, tell me about your experience working on Selma with Ava DuVernay.

SJ: Selma has meant so much to me – those relationships, the people that I met on that film. I was like twenty years old and hanging out with Oprah and David Oyelowo and Ava – just incredible artists who I admire and respect. I think all of these projects lend themselves to the next thing. I’m very proud to have been a part of Selma as well. 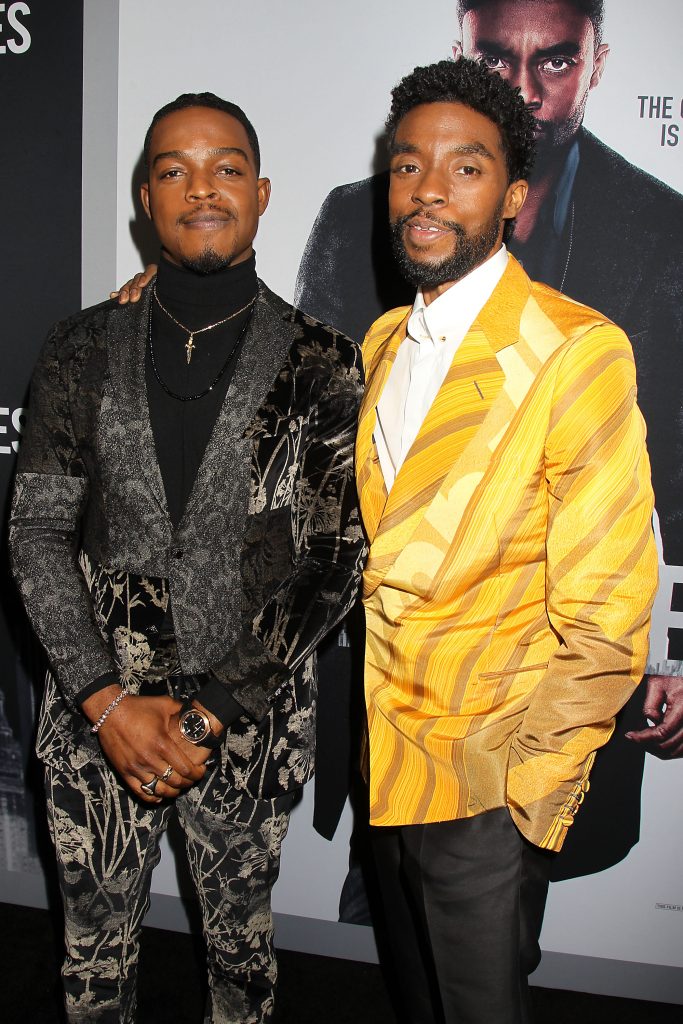 BT: I had a chance to chat with Chadwick a few years ago at TIFF and he’s such a fascinating person. I don’t want to spoil the movie for our readers but you have one particular scene with him in this movie that’s so gripping. What was your experience like collaborating with him?

SJ: Honestly, Chad has always been cool, just bumping into him here and there in the industry. Then having him call me, he reached out to me to be a part of this film…just knowing that he showed that faith in me early on, to call me and say that I’m the right actor for this job, that meant a lot to me. We didn’t have a whole lot of work to do in the film together because he spends the whole movie chasing me, but I just think he’s a great guy who, aside from being a giving actor, was a really supportive and present producer on this film as well.

BT: When I spoke with you four years ago for Selma, you told me that you wanted to be in a superhero movie, and now here you are working with the Russo brothers and Chadwick. Is that still something you want to pursue in your career?

SJ: I think I’m open to everything, man. I’m still young so I think I’m still scratching the surface of everything. I look forward to playing varied characters, whether that’s in the Marvel space or the DC space or whatever, I think that I’m definitely open to it. 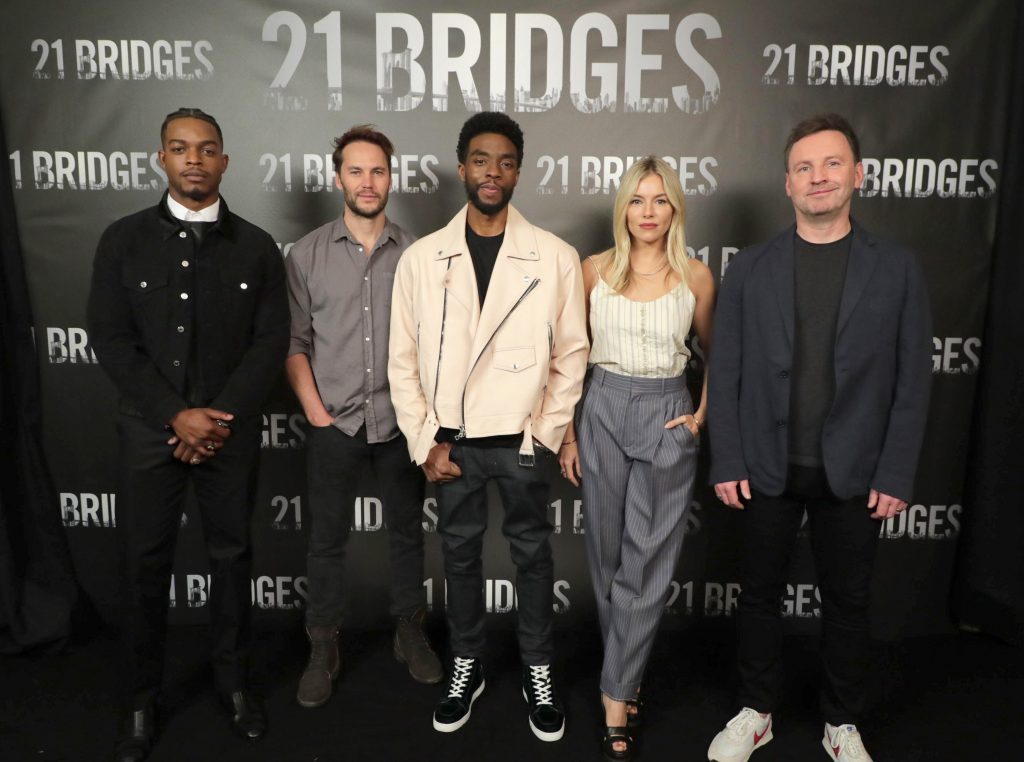 BT: Every year the B.L.A.C.K Ball keeps getting bigger and bigger. What does it mean to have the partnerships that you have now?

SJ: It means everything, and thank you for talking about the B.L.A.C.K Ball because it’s something that means so much to me and my brother who started it four years ago. Just this past year, B.L.A.C.K became a not-for-profit, which is something that we’re so, so proud about. We launched a competition with the Toronto District School Board called the B.L.A.C.K Monologue Slam in which we give ten inner city schools the opportunity to compete in the competition and win various prizes. It’s a monologue competition so it can be a monologue about themselves, poetry, a monologue they saw on film or television that they were a fan of, and then to just give them a platform to express themselves and to perform in the arts – a platform that I didn’t really have. I just went to a regular high school. I had auditioned for arts schools that I never got into, and that could have been discouraging for me but I look at myself ten years later, fifteen years later, and here I am doing what I’m doing. I just want to afford kids that same opportunity that I didn’t really have growing up, so it’s something that I’m very proud of and excited to see grow.

BT: And you also want to put the spotlight on diverse filmmakers and diverse stories.

SJ: Absolutely. I think it’s important for this city and this country to lean into diverse storytelling to push the envelope in terms of what we’re used to seeing in Canadian television. What is Canadian television, really? You know what I mean? I think it’s important that we challenge those perspectives and give people a wider scope of what is reality in this city and in this country. I’m excited to continue to back those artists. 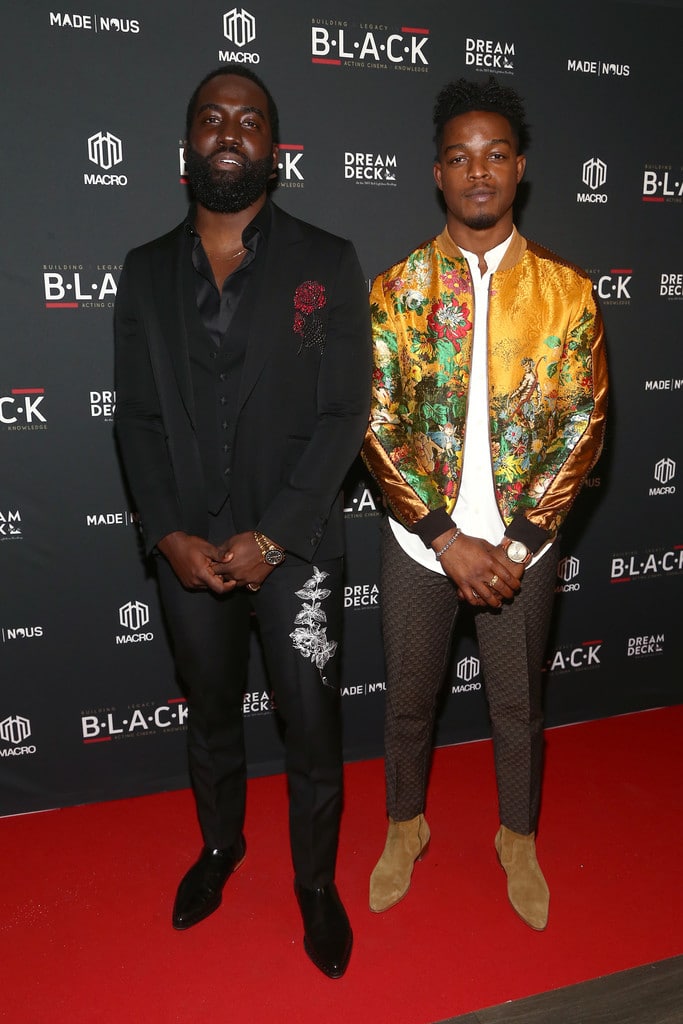 BT: Tell me about going back and forth from Toronto and the States and bringing your message to both cities in the industry?

SJ: I love it, man. I think I’m very fortunate to come from a place like this, to have the luxury to come back whenever I want, and then to have the privilege of bringing my projects back here and having a chance to inspire people. I think that’s something that’s always been important to me, which is why I’m bringing 21 Bridges here, like I’ve done with most of my films. I try to round together people, whether it’s my family or friends in the industry, and sometimes just strangers that we don’t know and offer them something that can be a fun night out. To be able to see this film and to be able to celebrate it, to know that somebody who came from here made this, and hopefully that’s inspiring and exciting to people. I’m extremely proud of this film and extremely proud to be from this place.

BT: How do you feel about being a role model to the next generation of Canadian actors and using your platform to create change?

SJ: I’ve been fortunate enough to make art that is inspiring and I don’t know about changing the world, but obviously provoke discussion that maybe could in turn change the world. So that stuff always means a lot to me. As far as philanthropic endeavours outside of acting, the things that make me proud are being able to give back to a community that I’m so proud of and that I believe in. I want to see my brothers and sisters from Scarborough and Toronto be able to have the same platforms and opportunities that I’ve been afforded.

BT: Who’s been a role model to you?

SJ: I mean someone who sticks out right off the top of my head would probably be Michael “Pinball” Clemons. When I was eleven, he took me to a Raptors game. He took me a couple of kids from my neighbourhood to a Raptors game and that was something I never forgot, even to this day. It was my first Raptors game and he took us down to meet the players at the end of the game, we met Vince (Carter). Just that he would pluck us out of our little world and even be thinking about us, that always meant a lot to me.

Happy birthday to one of the kindest, most down to Earth, inspiring actors in the business – Toronto’s own Stephan James. Our @charlestrapunski has interviewed Stephan four times over the years and every time it’s like sitting down with an old friend. Here’s a throwback to the most recent interview when they chatted about 21 BRIDGES and Stephan’s B.L.A.C.K non profit organization and the amazing initiatives they’ve been doing. Link in bio. 📸: @lebronnh . . . . . . . . . #stephanjames #hbd #latergram #toronto #interview #21bridges #ifbealestreetcouldtalk #homecoming #black #blackball #shamieranderson #brothers #race #selma #americandinner #csa #actor #activist #entrepreneur #givesback #local #tiff #brieftake #canadian #entertainer #philanthropist #birthdayboy

21 Bridges is now available on Blu-ray, DVD, and Digital!