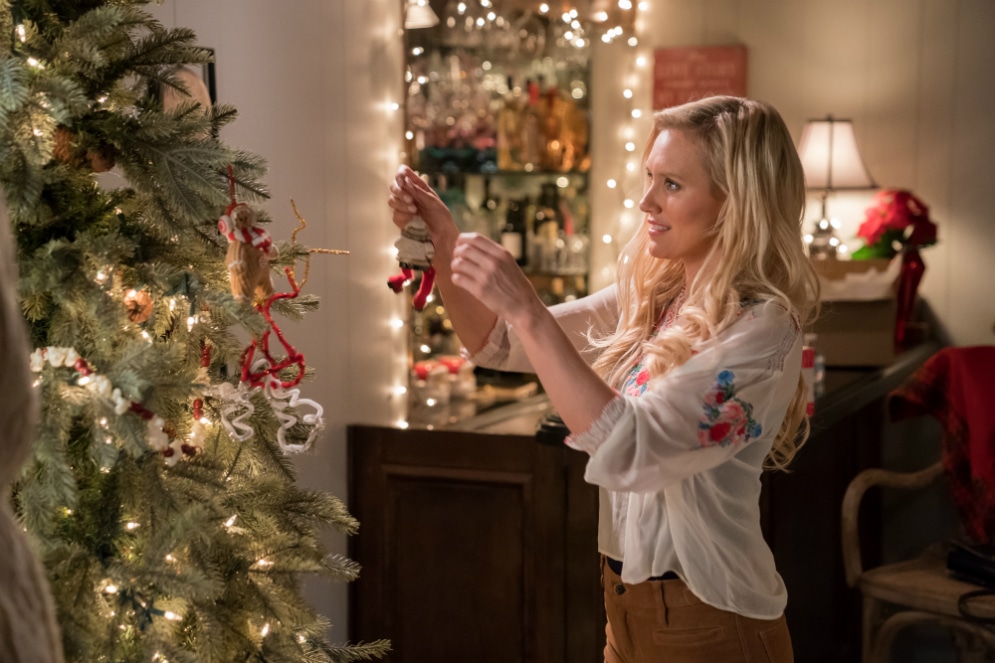 Getting to speak with Nicky Whelan is like catching up with a good friend. She is kind and sweet, speaks with a delightful accent (the actress was born in Melbourne, and now calls Los Angeles home), and before I knew it our time was up. She concluded our enjoyable conversation by calling me a friendly nickname, which warmed my heart instantly on an otherwise blustery cold winters day.

Whelan stars in A Christmas Arrangement, which is set to kick off Lifetime’s #itsawonderfullifetime lineup on November 21st. The previous year’s Romance at Reindeer Lodge rated highest among Hallmark’s “Countdown to Christmas” films, but as she notes, those are two different networks. What unites these projects is the sparkling presence of the model-actress-producer, who, in our chat, points out a specific person as being one of the ‘good ones’ (although we can easily say the same about her).

In the heartwarming holiday movie, Whelan plays Poppy, a flower shop owner who enters the annual holiday show for a chance to win the grand prize, but standing in the way of victory is Garrett (Miles Fisher), the under appreciated protege of florist extraordinaire Blair (Daphne Zuniga).  While Poppy and Garrett’s rivalry heats up on the flower show floor, an undeniable romance begins.

The following is a condensed and edited version of our conversation with Nicky Whelan.

Nicky Whelan on A Christmas Arrangement:

“Cool Christmas movies are easy watches, and this one is particularly sweet and very cute. It’s a lovely little storyline, it’s an easy watch, and it’s something you can watch all the time. It’s just a nice, feel-good movie. I think that Christmas movies in general set that tone over the holidays. You can turn on the TV and watch things that are pleasant, and you want to feel good. This movie has that whole vibe to it – it’s really sweet, and it’s so cool to kick off the season with this movie. It’s a really lovely one, and will set the tone for everything that comes after it.” 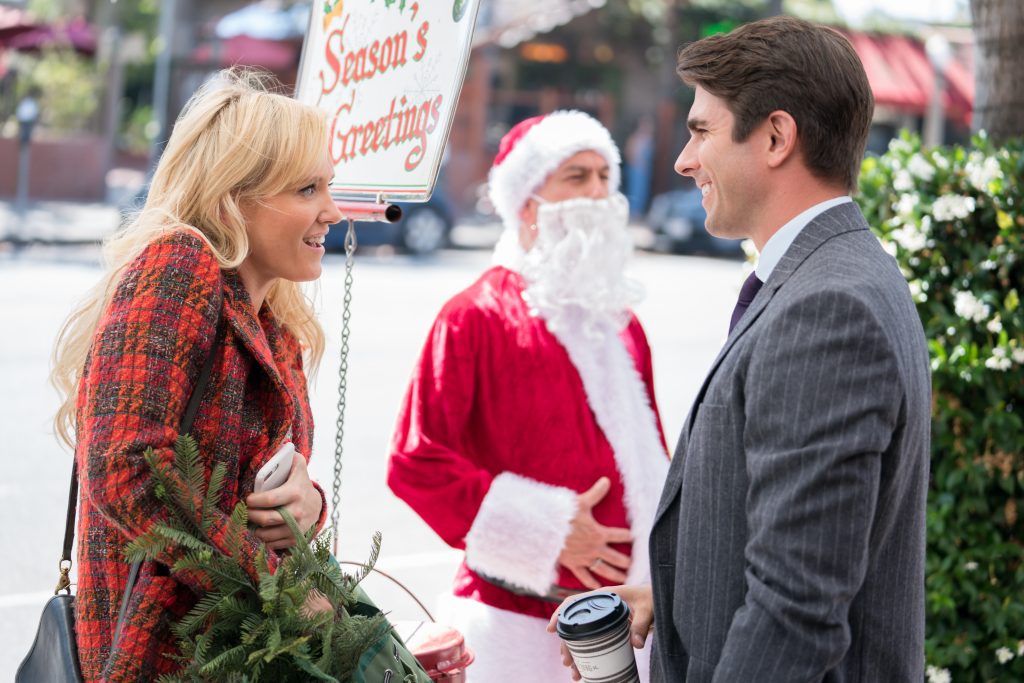 “I am a flower person; I love receiving flowers. I have received flowers a couple of times in my life, luckily, and I love it! It’s so old school and I find that people don’t do it as much as they used to. It’s super intertwined – flowers, which are super romantic, into a Christmas movie, and it’s incredibly well-done. Jake (Helgren) and Autumn (Federici) did an incredibly good job with this movie. It’s beautiful and it’s written gorgeously, and everything about it is clever. It’s just a clever little story.”

Nicky Whelan on the significance of adopting dogs:

“I actually live next door to a dog rescue centre, so we go over there and visit the puppies. Animals don’t have a voice, and it’s up to us, we’re the only ones who can do anything about helping them out. L.A. is such a dog-friendly city, there’s nowhere that you can’t take your dog. And so there’s no better place than a bunch of celebrities out of Los Angeles making a lot of noise about rescuing animals. [laughs] I just think it’s so awesome, everyone gets behind it. L.A. people are so cool about that topic, they’re just so passionate here. If I could have ten of Yoda (her dog), I would. If I could have more dogs in my house, I would, and  maybe one day I will!”

Nicky Whelan on giving back for the holidays:

“I have a thing with my job – whenever I book a movie, I say thank you and I want to make a little donation to one of my favourite dog shelters or places. If we all do tiny little things, I think that it does go a long way. I think that if everyone in L.A. were to donate one dollar, everyone, like there’s 40 million people in California, if everyone donates one dollar, could you imagine?! So I think every little bit counts. Ultimately my own goal is to have my own charity, which I want to get to eventually. My friend works down in the Bahamas and I am thinking of joining this Christmas down there and helping him with some charities with which he is involved. When I have time off, it is nice to give back in any way that I can”. 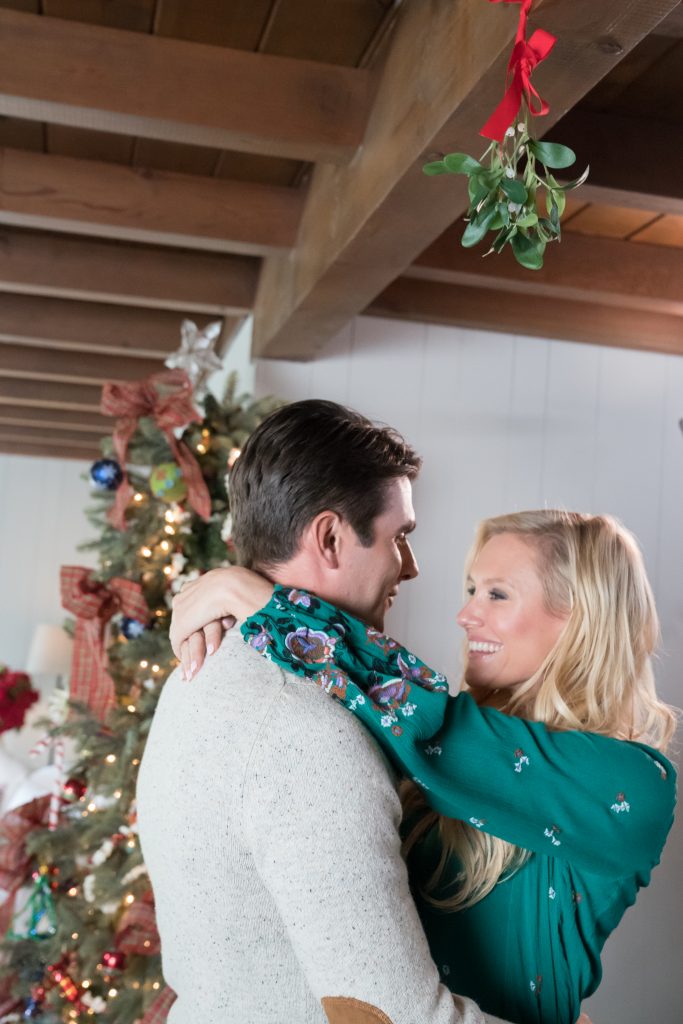 Nicky Whelan on what and how she watches:

“I remember having to wait every week. [laughs} When Big Little Lies came out, I had to wait each week to watch it and I was dying waiting for it to come out. But with my schedule, and this year I have been travelling a lot, so yesterday on Netflix I binge-watched the new series Bodyguard. Oh my goodness. I put the first episode on and I was like “oh hell no, I’m not leaving the couch today.” I just banged through six episodes so quickly, it was just brilliant. I love the idea of being able to sit down on any of them, Hulu, Netflix, all of them and just being able to watch a chunk of shows. I hate waiting. I’m so impatient. We’re such a society of right now. [laughs] So I think it’s so cool to be able to binge watch a whole series in an afternoon, because that’s how I do it anyway because of my schedule. I’m not consistently anywhere for long periods of time so I don’t know if I am going to be home every Sunday, especially if I am travelling.”

Nicky Whelan on what she is usually recognized from:

“Whenever I travel around the world, it’s always different. It’s almost like different areas received different things on Netflix, or wherever it pops up. Obviously, a movie that I did a long time ago called Hall Pass, people go “aren’t you the girl from Hall Pass?”, which is always funny. Inconceivable is a movie I did a couple of years ago, which is on Netflix now, and I was a redhead in that but I get a lot of people asking me about that. Then I will be in Australia and people will be like ‘I saw you on Scrubs”, so it depends on the area that you are in. In Los Angeles, people don’t tend to say anything, I think because they are all in the business so it’s not that exciting. [laughs] I was somewhere in the middle of America, I can’t remember where I was shooting, and everyone was like “you’re from Franklin and Bash”. It’s always different. 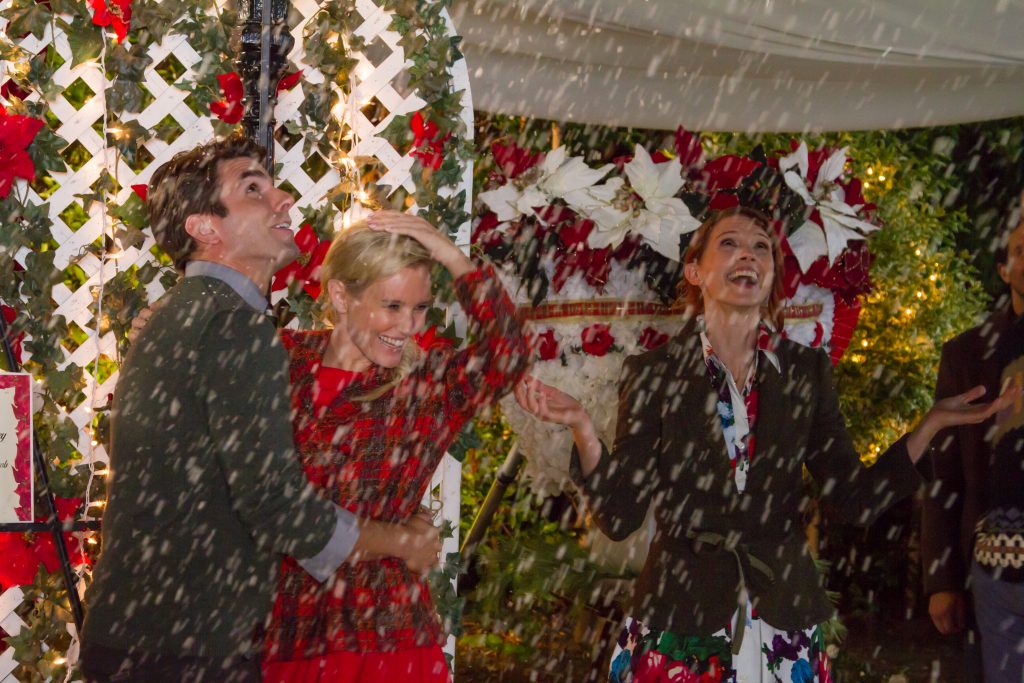 “Carly’s awesome!  And the thing again with that particular movie Hall Pass is that the cast and crew were so close. It was nearly seven years ago and the cast and crew still catch up once a year. Peter Farrelly gets everyone together once a year to catch up because that was one of those movies that just had an incredible vibe, and everybody became family and we all stayed in contact. Carly lives around the corner and she has just done an incredible series for YouTube (Sideswiped). She’s just such a good girl. She came out and totally supported us, and she’s one of the good ones, you know?!

“I was shooting a Netflix movie in Kentucky that just wrapped. It was a bit of a thriller and it’s with Anna Hutchison, a New Zealand actress, and she is amazing. And just a great, great cast. That was so much fun. I’ve worked for that company a couple of times, in Kentucky making a few movies, and it’s fun. They’re quick turnarounds, we knock ’em out in three weeks, but we always get cool people together.