Following in the footsteps of the film Edging, which was filmed entirely in a garage, comes Natty Zavitz’s follow-up feature, the long-awaited Acquainted, which premiered at the Whistler Film Festival and opens in Toronto and Vancouver this weekend. We had been tracking the film for a long time, and getting the opportunity to speak with its creative team is one that we have been looking to do for a while. So we were privileged to sit down with its leads, Grey’s Anatomy‘s Giacomo Gianniotti, rising star Laysla De Oliveira, as well as executive producer and scene stealer in the film Adelaide Kane (who coincidentally starred in Teen Wolf opposite recent interviewee Meagan Tandy).

The following is a condensed and edited version of our chat from the Whistler Film Festival with the creative team of Acquainted.

Brief Take: How did this great group of talent all come together?

Adelaide Kane: It was just sort of serendipitous how we met. I mean, I’m Australian and I moved to Toronto for Reign.

Giacomo Gianniotti: Most of the relationships in the film are from Reign.

Laysla De Oliveira: I worked at a restaurant with Natty’s girlfriend at the time, and this movie is sort of loosely based on their experience. She was my manager at the restaurant, so that’s how I met Natty. Then Natty and I did a short together, and then Jonathan (Keltz) came into the mix, he produced the movie and is my boyfriend. That’s how we all met each other, either through Reign or this restaurant at which a lot of us worked at. 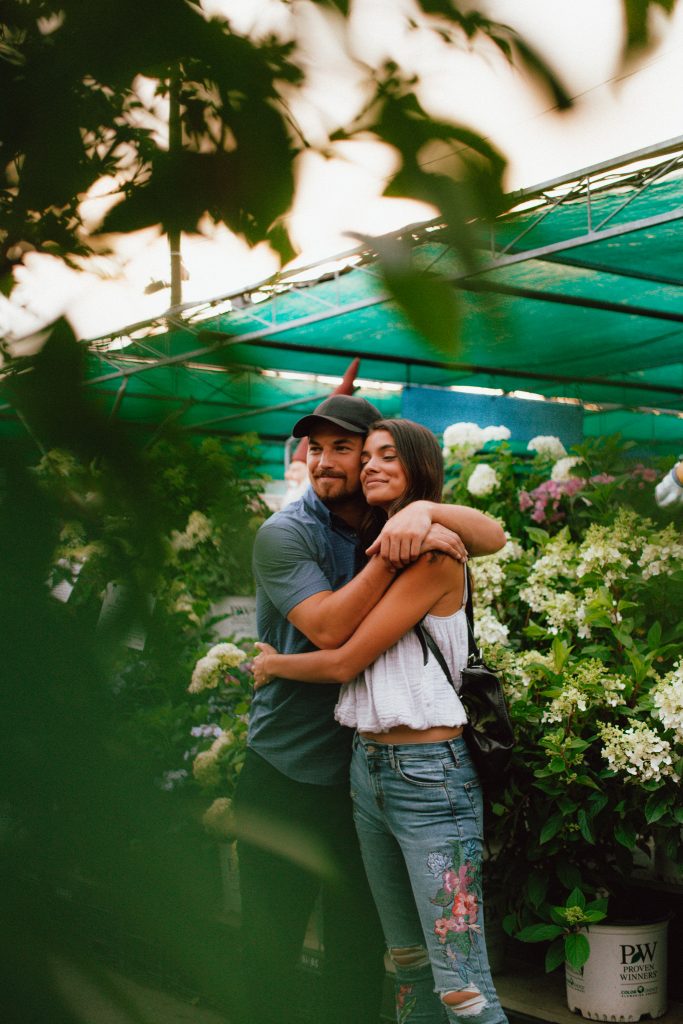 BT: What do you think is an important theme in this film?

AK: It was just the deep honesty of what it means to be in a long-term relationship, and whether you fall out of love or whether you choose to stay or choose to leave. Ultimately, at the end of the day, love is just a feeling. It’s a choice. And that, for me personally when reading the script, really hit home. It’s the kind of honesty about love and relationships that I haven’t really seen much of, particularly as directed by people in our age group. You know, there are stories of young love, stories of kind of eternal love, but there isn’t a lot of content out there exploring the serious relationships that you have, and sort of your mid-20’s, early 30’s, in which you are still young enough to want to explore the world, but old enough that you’re looking for something more meaningful.

AK: Exactly! Feeling that pressure to settle down and be serious when you’re so very young. That is what I so personally loved about this movie, that Natty has a unique voice, and an insightful voice, and one that I find resonates very deeply on an emotional level with all of us.

GG: And I think Adelaide’s character Sherry has a line in the film that “everyone puts pressure on you to be dating someone at all times”, when they’re in the bar, and I think that’s true. I think that’s the pressure that everybody feels, and I think that there’s not enough stories sort of enforcing that ideal of “It’s okay to be single.  It’s okay to be alone”. I think that everybody is trying to live their truth, to varying degrees of success in the film, and fighting to also really figure out what that is. Is my truth being with this person because I feel pressure from society, or is that really my truth, do I really love this person and want to be with them? 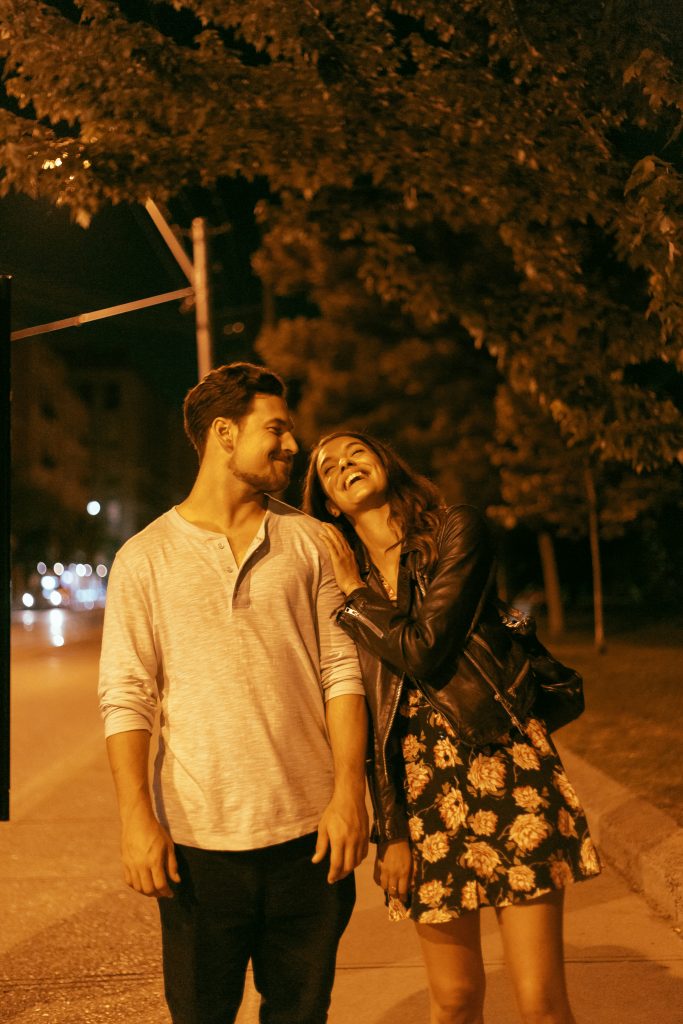 BT: Being a producer on this film must have been an incredibly fulfilling experience.

AK: It really was. I’ve seen some of Natty’s previous work and I think that he’s just such a sensitive genius. And the opportunity to sort of create something with the people I love, that I have such faith in; Laysla is an exceptionally talented young woman.

AK: She’s one of my best friends, so I’m biased, but I’ve been in the industry way too long to have that as my sole motivation. [laughs] The opportunity to work with Jonathan, who I love dearly, and to support my friends in this truly beautiful endeavour was an opportunity I could just not pass up, and one that doesn’t come along all that often. I just sort of browbeat them into letting me come on. [laughs] I was like “Come on. What do you need? I swear that I’ll stay out of your hair, I’ll just drop some casting suggestions here and there”. “I promise I’ll behave and be good, just come on, let me be a part of it”. [laughs]

LDO: She’s a total shark, but we wanted her anyway, so it’s perfect.

AK: They played hard to get, but they wanted me.

GG: Adelaide in the film working her natural accent created a unique character that was so unlike anyone else in the film, which made her so much fun to watch on screen.

AK: I think that it was important for me to keep a different accent, to, in some small way, reflect a multicultural diversity present in Toronto, which is such a broad spectrum of different races and ethnicities.

LDO: We really wanted to show that, yeah. 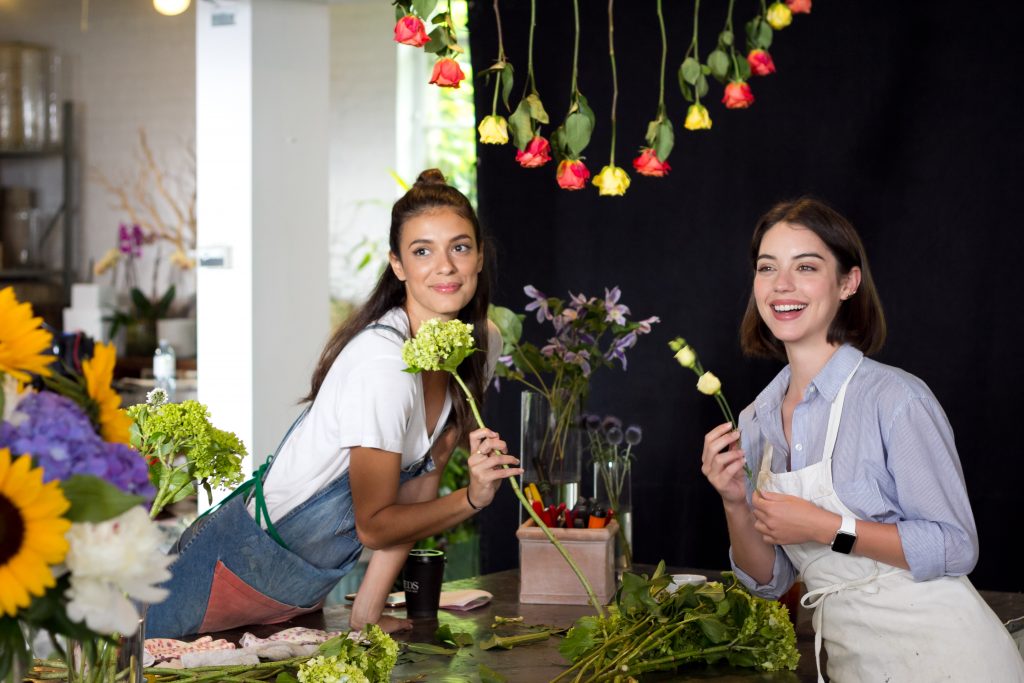 BT: It’s a movie with a strong female perspective as well.

LDO: It’s very important for Natty, the drafts that he went through, to always ask the females involved in the movie, or female friends, to give it a read and make sure that our voice was being heard and expressed in the way that we felt was right.

AK: The really meaningful and unusual quality in male writers and directors to really be thoughtful about the female perspective and I think that again, Natty is exceptional in his efforts and awareness to make that a part of this movie. 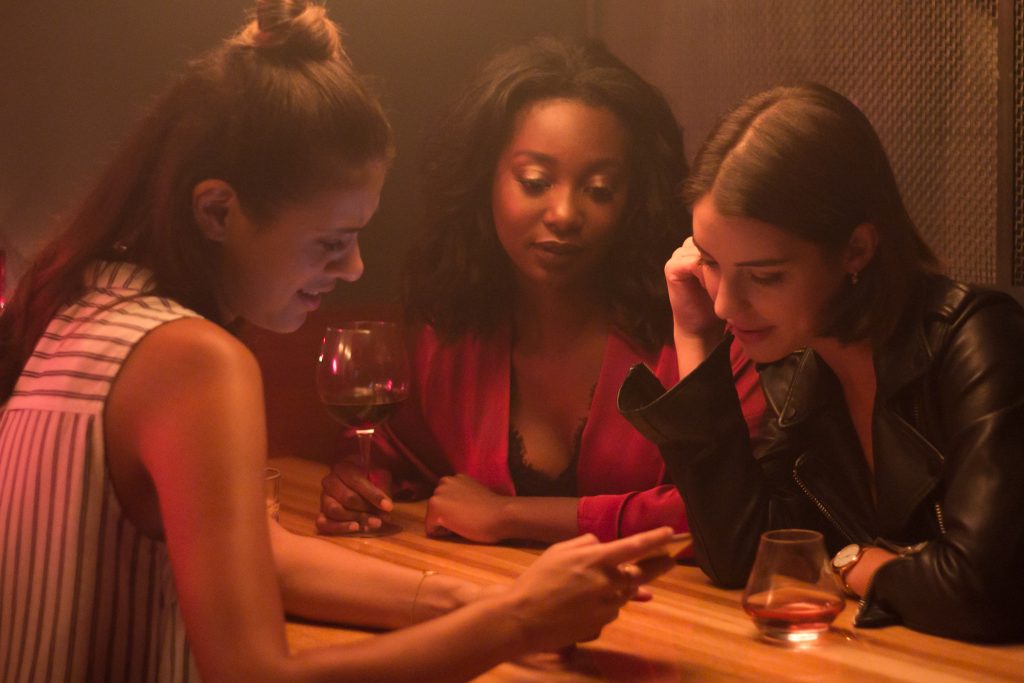 BT: The intimacy in the film is also difficult to watch and is in no way exploitative.

AK: I think that honesty in any form, like true honesty, especially emotional honesty, in a time and place in which everybody filters their lives through Instagram, is and should be uncomfortable. That’s sort of where vulnerability lives, in the uncomfortable places where you can’t hide from yourself.

LDO: I actually loved Giacomo (Gianniotti)’s scene with me, in which they come back from the park, because you think it’s when they are going to finally decide to go through with that, and be this really sexy thing, and it didn’t translate in that way at all. I really love how it was shot, because, you’re right, it’s not a sexy thing at all.

BT: What would you like to see from an audience?

AK: Whether it is positive or negative, I really want to see visceral, gut-deep reactions. Like if I can see online from someone, or hear days later, that there is still an effect, then I think that we have succeeded in creating something emotionally moving and thought-provoking, and that’s kind of the point.

GG: We hope that it helps people examine their relationships, whether it’s with friends, or with lovers, or with who they are married to, then it just helps them question a little bit where they are at and how they got there.

AK: And they can be as honest with themselves as Natty has been to us.

Acquainted plays as part of the Whistler Film Festival today at 7pm PST at the Maury Young Arts Centre and tomorrow at 6pm PST at Village 8 Cinemas – theatre 7. To purchase tickets and to find out more information, please click here