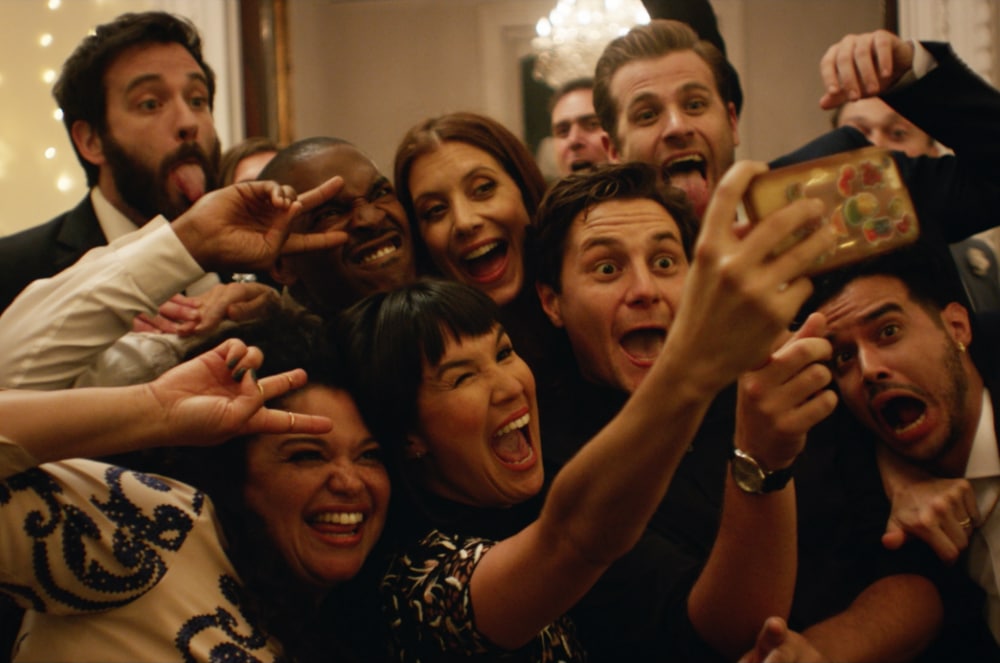 Actor-director Mike Doyle and the team of actors from the movie Almost Love (Augustus Prew, Scott Evans, Colin Donnell and Christopher Gray), are a dynamic group of talent. The film is really unique in its exploration of social media influencers and coupledom and we were delighted to get the opportunity to sit down with the aforementioned wonderful group en masse one Friday in the TIFF Bell Lightbox in downtown Toronto, before their sold-out world premiere screening at the Inside Out LGBT Film Festival.

The following is a condensed and edited version of our lively chat with Mike Doyle, Augustus Prew, Scott Evans, Colin Donnell and Christopher Gray of the movie Almost Love (formerly Sell By).

*This interview was originally published on June 1, 2019*

Brief Take: Are you familiar with exploring social media and online dating?

Augustus Prew: I’m familiar with it from my husband, who for a time was, still is, for a time sort of a known social media sort of animal. It was always sort of foreign to me, and what I find interesting about social media is that I think that we’ve got to this place in which people are creating a brand. They’re branding themselves. People are commodifying themselves this way, in which they create an online persona, and I feel like a lot of the time, people are constantly trying to chase this idealized version that is presented to the world and often they feel like they come up lacking. So it creates this weird dichotomy in which I think people are feeling constantly “not quite enough” and you’re always desperately, like a dog, sort of paddling underneath, trying to keep a placid thing, but everything’s like “woah”. I feel like everything’s “rated” now, it’s either five stars or… Our movie operates in this grey area, in which things aren’t great. Things aren’t necessarily always brilliant. Usually, they’re not, usually things are a little murky and a bit grey and people aren’t necessarily always happy, and not everything is always five stars all the time. And I like that this is what we’re exploring- I think it’s a very interesting phenomenon that has happened right now, and I don’t think that anybody knows what the cost of that is absolutely. I think that to me was very interesting, to explore that in terms of the dynamic of our relationship in the movie and how that breeds secrets and how people harbour certain secrets to themselves that then fester and blow up. I think that’s something that anyone in any relationship,  whether it be romantic or platonic or whatever the nature is of the relationship, can see themselves in it. 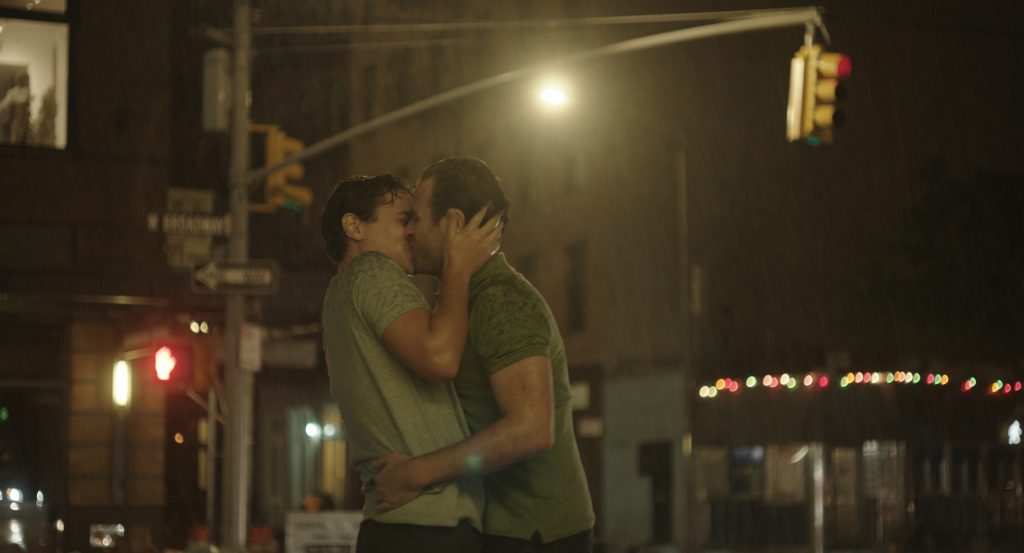 BT: What does this film mean to you in terms of your own arc?

AP: I guess that my answer ties in with your previous question. I’ve been doing this quite a long time now, I’ve been doing this since I was 10 and I’m 31 now – this is my 22nd year as an actor. On a personal note, seeing the way that Mike works, it’s inspired me to write something for myself. It’s the first time that I thought to actually branch out and explore my own creativity, and watching Mike work was very inspiring to me. To see someone that I respect and who’s had a fantastic career as an actor, try something different and succeed, gave me the courage to start my own project, so on that note, it’s more of a personal response to the film. But it’s important when characters, and especially queer people, are given roles with real depth. This is not necessarily a gay movie, this is about a group of friends from every different kind of persuasion, but when it’s as well-written and it’s given as much depth, it’s not just the sassy assistant role, or something of the like, that’s always a pleasure to explore, on multiple fronts it’s been a very beneficial project of which to be a part.

Scott Evans: This is my first time being number one on a movie and when I saw every other person who was in it, and they have these established careers and are well-known people that are insane talents, it was like a panic attack walking into work every day. I feel very spoiled with the group of actors we have and the director and writer and everything and it’s like [laughs] I really hope it’s not going to ruin everything else for me, but what I’ve done so far, this is pretty much the top for me.

Colin Donnell: Mike was giving me an opportunity to do something that I usually don’t get to do, in TV and film, which is to be funny and get to stretch in a different way, so it was a great opportunity. And I’m very happy to jump in with both feet and see if I didn’t sink.

Christopher Gray: Oh I wanted this one badly, I really did. I look up to all of these people and showing up and being a sponge was something that I really wanted to do. And going on that, I’ve done a couple of dramas, I have been fortunate enough to do that, hardcore and sad, and this one was hardcore in its own way, but very fun and comedic and freeing. A sense of play going forward is what I cherish. 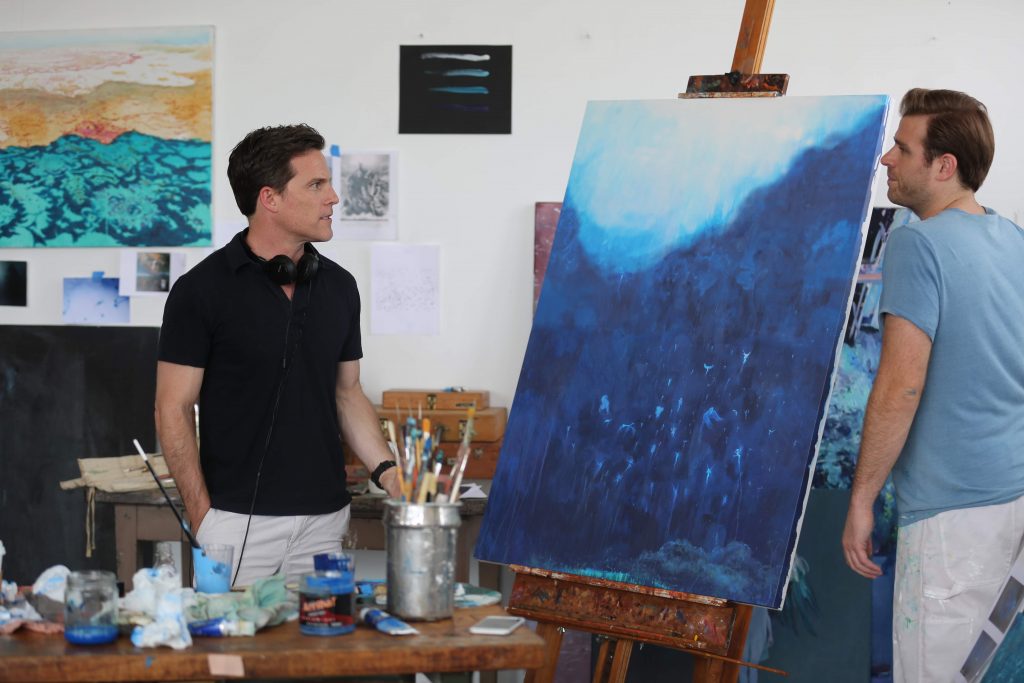 BT: This movie is about people more than anything else.

Mike Doyle: Here’s the thing with Queer Cinema, I think there have been amazing movies about coming out, about battling adversity, beautiful films from the 90’s and before. I wanted to take a different angle into a gay film, show a couple in a relationship and show how challenging it is to be in a relationship with another human being and show how universal those challenges are. And so hopefully, as Augie says, there’s someone or some couple with which everyone can identify, be you gay or straight, young or old, richer or poorer, there’s something universal in the struggle that we call life. And I hadn’t seen it, and that was really what I was trying to accomplish with this film.

AP: I think it reflects a wider change in society as well, it’s not gay marriage any more, it’s just marriage. So I think that these stories – life reflects art, art reflects life, they mirror each other. So I think that as you…the trend is to…I hate the word “normalized” because it’s already normal. But in terms of the heteronormative world, embracing queer culture, and in that sense normalizing it. I think this film is very progressive in that way – I think it’s very much about a group of people and they’re from everywhere, and that’s life. That’s the world in which we live. It’s only up to now that we’ve seen it reflected in the media, in the TV, the movies, whatever content, I hate that word “content” [all laugh] that we’re watching, I hate it. 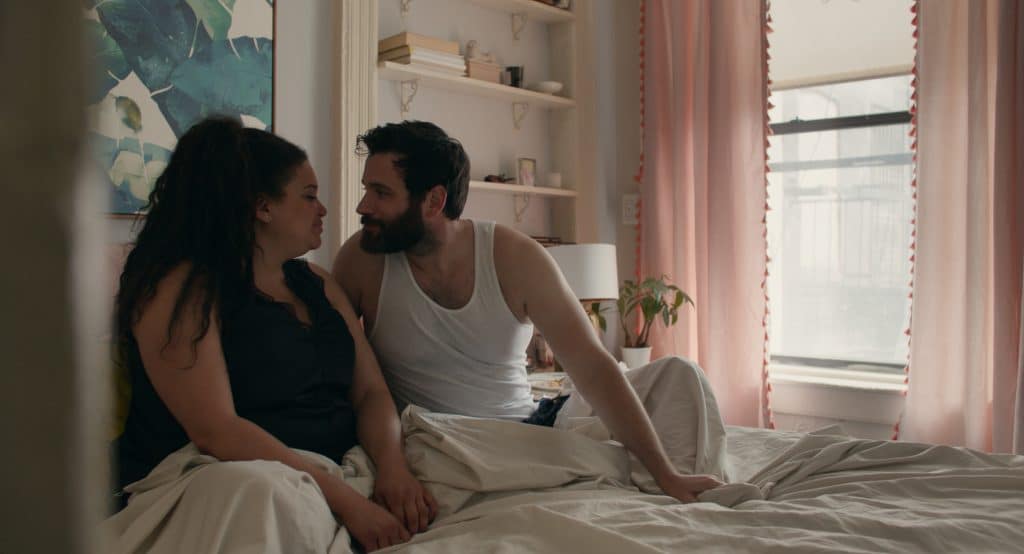 BT: What would you say instead?

AP: Stuff, I don’t know, I guess that it is content, I feel like content is so wrapped up in the social media world, it’s sort of everything branded all the time, it’s whatever art form, whatever medium we are using to explore and exchange ideas.