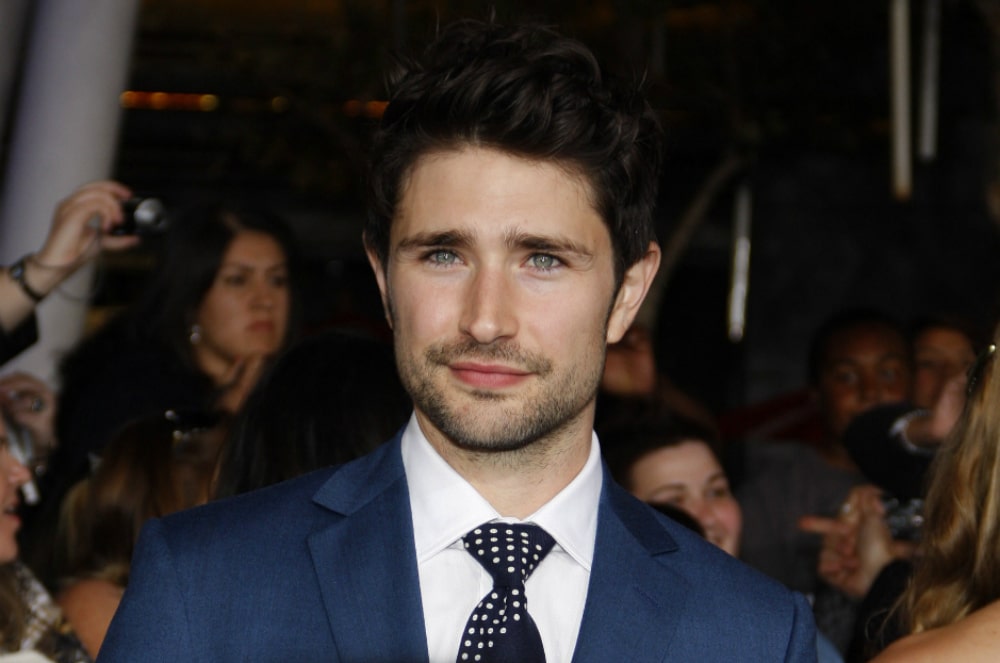 Chatting with Matt Dallas about Along Came the Devil was a cool experience, as we seemed to fall into step pretty well even though we hadn’t met or spoken before. He started off by saying that he had been waiting to speak with me for a while and I felt the same way, and we are on the same page about Along Came the Devil, the horror film which he co-produces and stars in as Pastor John. It’s a brisk film, at eighty minutes, but it’s packed with thrills and features a creepy conflict between a daughter (Sharp Objects and The Handmaid’s Tale actress Sydney Sweeney) and Jessica Barth and is based on true events.

The following is a condensed and edited version of our conversation with the personable and reflective Matt Dallas.

Brief Take: You, along with your co-star Jessica Barth, co-produced Along Came the Devil, which was a really thrilling film.

Matt Dallas: It’s not my first time producing, but it is the first thing that I produced that is out in theatres and is on demand and is on iTunes, so yay!!! I’m pretty excited.

BT: This film feels like a callback to The Exorcist, but also very much its own thing.

MD: That actually is what initially happened to this project to begin with, that it did pay homage to the 1973 Exorcist movie and sort of all of the horror films from that era. And to me, it felt sort of refreshing to put a modern spin on such a throwback film. It was a lot of fun on set. It was a lot of fun to create, for everyone who worked on this film. We used a lot of practical special effects and didn’t just rely on CGI for everything. If you’re going to do the horror genre, doing it from a new perspective was pretty exciting.

BT: Your role in the film was also a nice throwback to horror films of the past.

MD: Yeah it was, and especially for me, not having grown up with a religious background or a religious upbringing, it was fun to get to explore all of that. [laughs] It was nice to take on a character I haven’t played, and especially in the religious realm, was a very new, fun thing to do. Because he was a new character in town in the story, there was the freedom to sort of create this dark path that he came from, and he’s looking to sort of be reborn and looking for a community to be a part of and a way to sort of find something to which to attach. For me personally, I went through a lot of changes in my life–I became a new father, newly out and it was kind of fun to play with the parallels I would like to do with this character.

BT: I had the opportunity to interview your co-star Sydney Sweeney recently and she was so kind. What was your experience like working with her on this film?

MD: I think that for all of us, when we saw her we were like “whoa, who is this girl?”. There was never a doubt in our minds that she was about to blow up. We knew it. Sydney Sweeney, she showed up with a history for her character that was like a filled notebook, which was sort of like her backstory and her thoughts, how she translated that into her performance and how fearless and at the same time crazy she was, it was fun to watch.

So when we learned about The Handmaid’s Tale and Sharp Objects and her Netflix show Everything Sucks!, none of us were surprised, because we like “this girl should be doing this work!”. It’s been really exciting to see her blossom and turn into something so incredible. Plus she’s just such an absolute sweetheart in person, like you’re so happy when good things happen to good people. 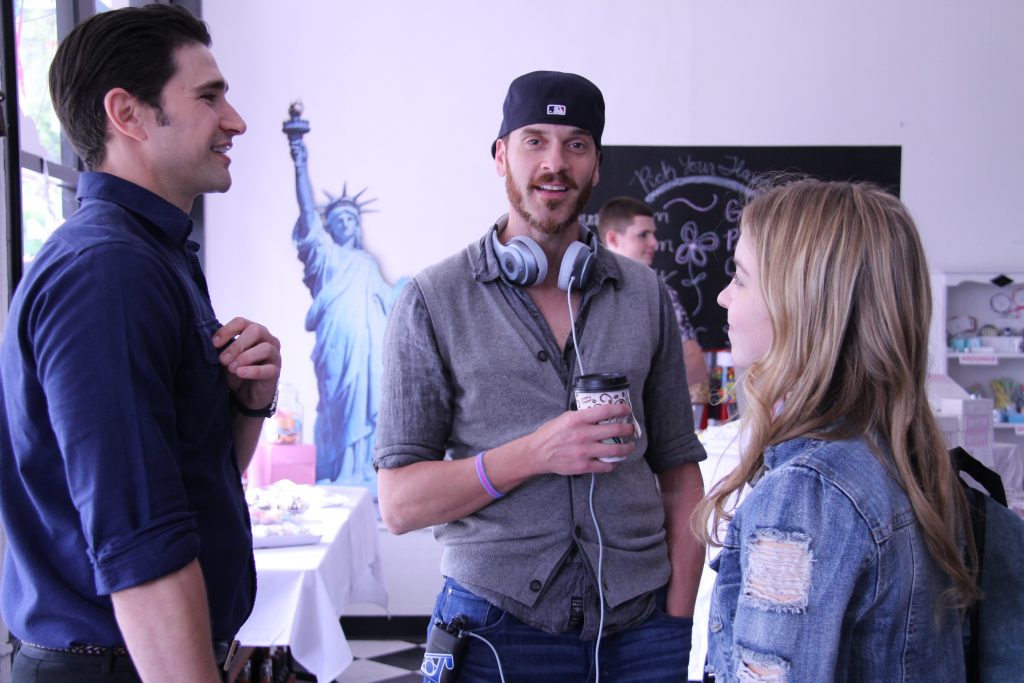 BT: This role is such a departure from your character on Kyle XY and really shows your incredible range as an actor.

MD: Yeah it was definitely a much more adult role, and to get to be a little bit darker was refreshing and exciting. We know very little about Pastor John’s background and we don’t really know much about Father Michael. The people that we do get to see, Tanya and Ashley, we do get to see this history repeating, sort of like their fine family dynamic.

BT: You can see that history repeats itself between a parent and a child.

MD: Yeah, yeah, absolutely, what I think about daily now as a father. [laughs]

BT: What does this role mean for you for the future?

MD: Umm…whoa…I mean, Kyle was quite honestly, that role, he was such a blank slate, so I mean he was exploring everything for the first time. Essentially now as an adult you get to play more layered and complicated characters, so that was a very different experience for me. I guess the things that I have been doing all along since doing theatre when I was twelve is I just happened to be famous for playing a character that was a lot more…blank. But as an adult it’s been great to explore adult roles and to delve a little deeper and playing something a little more complex, and being able to carry that onto future work is going to be a lot of fun.

Honestly, it’s a pretty exciting point for me in my life. I’ve recently moved to Colorado, and sort of removing myself from the day-to-day hustle of Los Angeles, it’s allowed me to be more creatively in touch with myself than I have been…probably ever, because you get to care a little bit less about what everyone thinks. Once you’re out [laughs] once your secret’s out, like “I don’t care any more” and you get to sort of “do you”. And there’s something really freeing and beautiful in that, so it’s exciting to see how that sort of feeds my work as well.

Along Came the Devil will be opening in select theatres and will be available on VOD and iTunes on August 10th.