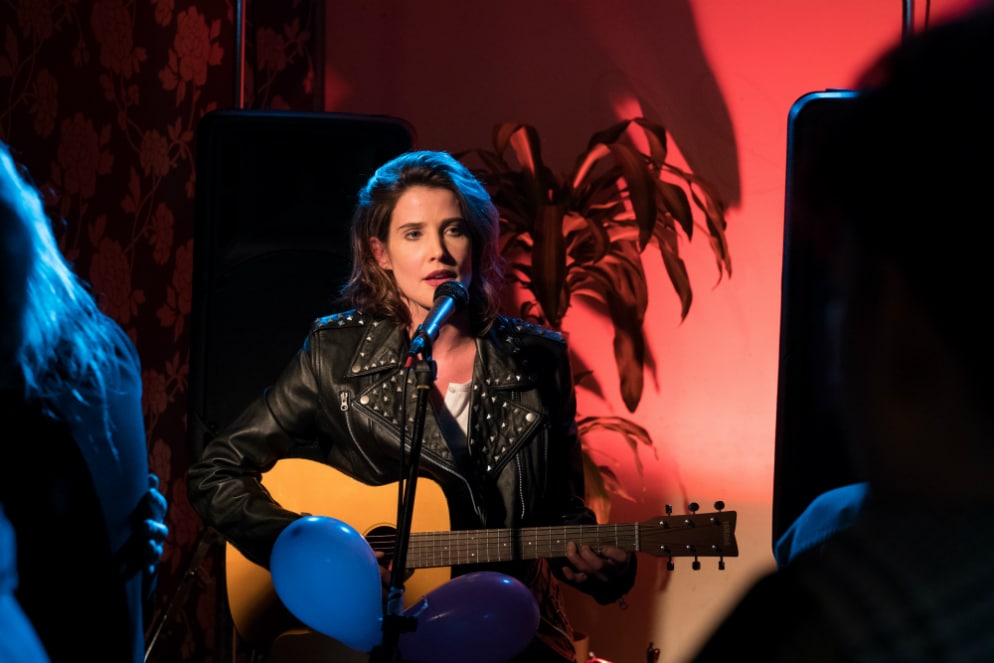 Right from the moment that the opportunity arose to speak with Cobie Smulders about her new film Alright Now, it was a yes. I’ve been a fan and supporter of hers for so long, as not only do I know all the words to Let’s Go to the Mall from How I Met Your Mother (even though she admitted that she doesn’t remember them any more!), but I’m such a supporter of the comedic work that Smulders is doing in Alright Now, which was completely improvised.

Here is a condensed and edited version of our delightful chat with the truly kind and down-to-earth Cobie Smulders.

Brief Take: What was it like making a film that was completely improvised?

Cobie Smulders: It was crazy town! It was definitely crazy town, Cardiff. It was the reason that I took the project was to be like “It’s only five days, it’s completely improvised, and shoots in Cardiff, England.” And I was like “this is going to be such an amazing challenge” and it was terrifying, but that was why I decided to do it. Jamie Adams, the director, is also just a great guy. We got on so well that we were able to do our own thing and figure it out, moment to moment. I’m amazed that anything came from it, quite honestly. But it was definitely one of my favourite experiences that I’ve ever had in this industry.

BT: Had you ever worked with your co-star Noel Clarke before filming began?

CS: This was a first! Noel was also a producer on this and I thought that he was just going to be a producer, an then Jamie was like “why don’t you play the boyfriend part?” and he sort of jumped on in that way, too. But he was so great and he was so much fun. We were like an acting camp together, and we all slept in the same house, and we were all in bunk beds, and the crew was with us, and we were all living moment to moment in each scene, just sort of improvising, because they didn’t know what we were going to do [laughs] and neither did we. So it was a lot of fun. I don’t think that there was a video village. All we had was Jamie looking over the cameraman’s shoulder. [laughs]

Brief Take: In Alright Now, your character, Joanne Skye, is a bit of a complex character.

CS: The way I see her is that she’s so much fun to be with when you are with her for the night, and you’re not affected by her choices. I would love to go out with Joanne Skye for the night and just like rip through London, that to me would be so much fun. But I wouldn’t want to have to deal with her on a professional level or on any kind of emotional level. Those types of people exist very much in the world, and the reason that I was interested in playing her in the first place is seeing a person like that have some self-realization and go “oh, okay, maybe I cannot keep doing this. I don’t want to keep doing this, and if that’s the case, what do I want to do?” and sort of growing up a little bit and realizing that. 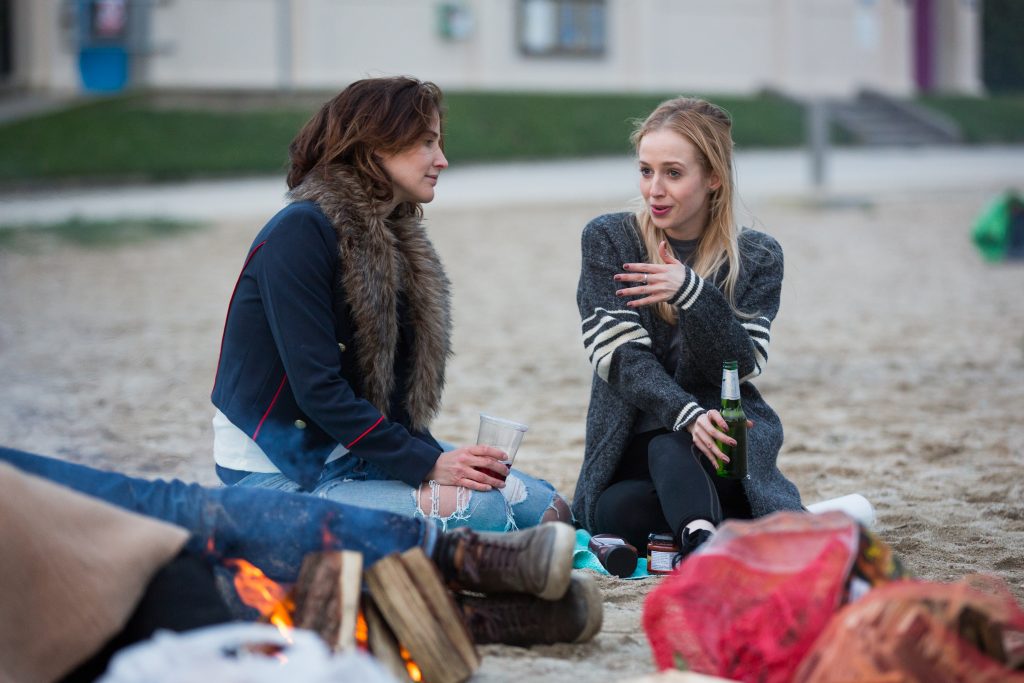 BT: You are in a lot of excellent ensemble comedies, like Results, Unexpected and The Intervention.

CS: First of all, life is short and I don’t want to work with jerks. [laughs] I really enjoy working in an ensemble. I’m right now doing this Netflix show called Friends from College, which is the very definition of an ensemble. I work better that way. I think it’s interesting the more diverse characters you have surrounding you. I’ve already gravitated towards group settings and a lot of these movies you’ve mentioned, there’s always room for change, and I enjoy going into projects which maybe aren’t as scripted, which is the classic sort of comedy, where you know where the jokes are. Being in a sitcom for nine years, that’s what it’s like. You know what the joke is, you know how to land it, and you see it even just by reading it. And with these you don’t know what’s going to happen, or even if it’s even funny. Until it’s aired in front of an audience and you’re like “Oh! oh! People are laughing, I guess this is funny”. Even though on the inside you’re just trying to make it the best that it can be.

Brief Take: What character has stayed with you the most of the ones you’ve played?

CS: Ooohhh, I’m pretty good at letting go. A little bit too good, in which I will have to go back to scenes, and being like “wait, what happened? And what was I saying? And what was it about?”. I’m very present with each character and each project that I do. I would probably say Robin Scherbatsky comes to mind, just because it was the longest that I’ve played any character. But at the same time with that, playing devil’s advocate, I got to do it for nine years, so even that character within that nine years morphed and changed. So I never felt like I was doing the same character trait all the time, but’um I definitely from this movie was able to do more stuff musically and challenge myself in terms of learning how to play the guitar. You know, I just found it so challenging, and I worked sooooo hard at it. 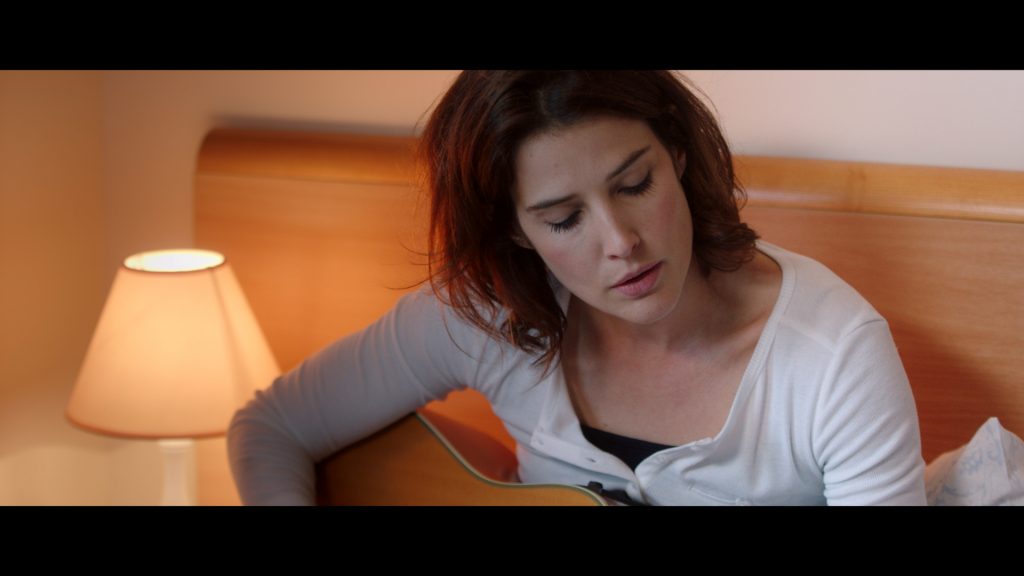 BT: There’s a rumour that you’re in the next Marvel movie, Spiderman: Far From Home.

CS: You know what I say to that? I say that I like my job. I’d say I’ve been doing this job for now…seven years, and I’d like to keep working for them. So I’m not saying going to say anything about anything. I’m not even going to say “yes”, I’m not going to say “no”, I’m just going to say “that’s interesting that you’ve heard that”. [laughs]

BT: You are a very charitable person.

CS: Oh yeah, that is actually a selfish thing, because I can’t not do anything. The state of the world is just insane [laughs] and you live in Canada, and I know that Canada has its own battles, but being a Canadian and living in the States right now, it is a challenge for me. Because I just, yeah, every day is a challenge, so I know it is my personality to…I know that I benefit whenever I help people, whenever I work with charity organizations, whenever I’m doing outreach. I just benefit from it, and I feel better about myself and about the state of the world, and about human beings in general. So it’s always been a big part of my life and a big part of my family’s life. I just try to do things that are new and different in every sort of aspect of my life.

BT: Would you like to highlight any charitable organizations in particular?

CS: Yes, I’d love to! I just started working with Save The Children, which actually has a great organization within Canada too. I went there because they have an international presence and a national presence, and because I was like “I want to go somewhere! I want to go somewhere, I want to meet a community that is in need, I want to see how I can help physically.”  And I did that. I drove an hour and a half north, from where I live in Los Angeles, to absolutely poverty, and Save the Children was working with this community in terms of early childhood education, in terms of parental education. I was really able to see firsthand the benefits of an organization like that, and also see how I can help in terms of bringing in more educational tools. We’re all either single moms and/or working moms, so I decided to do that because it was on the ground here, but also I work with them in Canada. I hope to do some more work with them internationally overseas. I also work a lot with Oceana, which is all about conserving the ocean, conserving the aquatic life in the ocean. Those are my main two focuses, but then every so often you have to call your senator down in the States and stop some bill  from being passed that is inhumane. You go moment to moment in the States in terms of what your battles are, but those are two that I am constantly focusing on and have worked with for a while now.