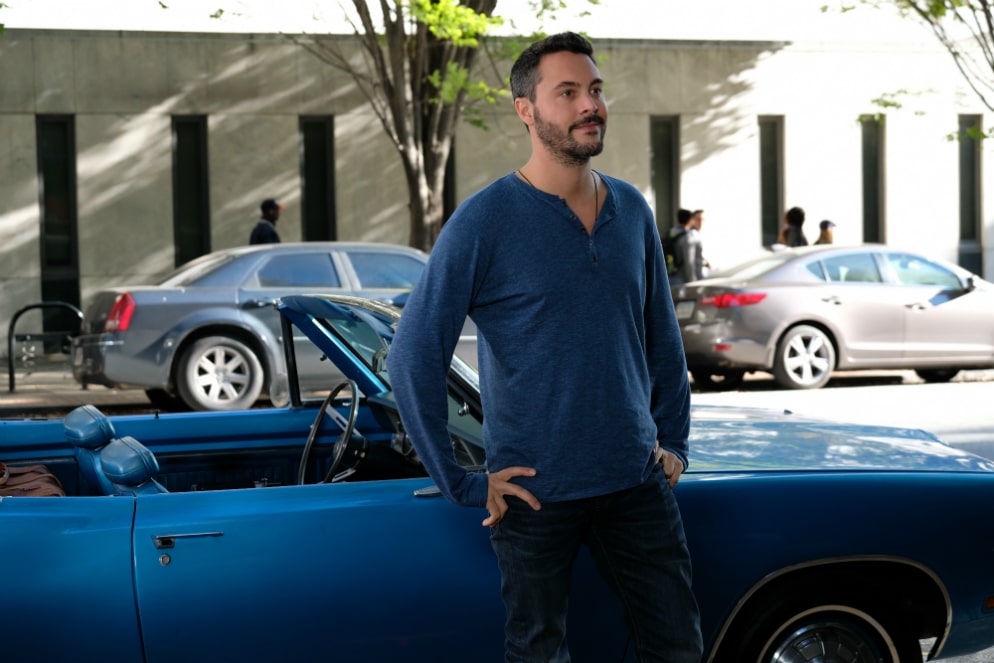 Imagine if you will a movie that features Jeremy Irons at his most lecherous and unhinged as he goes on a road trip with his estranged son, played by the wonderful Jack Huston. This movie exists and is entitled An Actor Prepares. Jeremy Irons gets the laughs as a crass actor, but Huston has to be believable as well, and this is evident by speaking to the actor, who talks so eloquently that it’s a bit like taking a master class in itself.

The following is a condensed and edited version of our wonderful chat with Jack Huston, who is, yes, part of that family.

Brief Take: Do you think of your character Adam as villainous or heroic and misunderstood?

Jack Huston: Ummm…sort of heroic and misunderstood. But I think that only plays if you counteract what Jeremy (Irons) was playing with my father Atticus. Jeremy is so outlandish and so wild, and so free and going so much for it, that two people doing the same thing, in a sense, would almost cancel each other out, so he kind of is the antithesis of Jeremy’s character for the majority of the movie. [laughs] By the end, he’s sort of going through a lot and he’s sort of misunderstood by everybody, and maybe most of all, by himself. It’s interesting. It was a very…I don’t want to say a hard character to play, because it’s something to be so restrained and so controlled, and almost down, it’s nice when you get to sort of let go, which Adam does towards that latter part of the film. It’s quite a challenge sometimes to have to go through that, in a sense playing the straight character against the comedic, the comedy that everybody is portraying and everybody else, like Ben Schwartz throughout the rest of it. [laughs] So it is a challenge, but it’s a challenge that I loved.  It was one of the main reasons I took the film, was that I read it, and I knew Jeremy was attached beforehand. As much as I wanted to do the movie for the character, I kind of want to be there to witness Jeremy playing this part.

BT: What was that like to experience first hand?

JH: I actually knew (writer and director) Steve (Clark) a bit before the movie, he’s sort of an old friend, and just a dear man, an absolute sweetheart. As is (writer) Thomas Moffett, I worked with him many years ago, he wrote for a movie I did. And it was a such a great experience, because when you read this and you find Jeremy Irons is playing Atticus, you’re like, “Are you kidding me?! Jeremy Irons is going to do this?”. We’re used to seeing Jeremy Irons with that voice and that presence of what he does, he’s a wonderful dramatic actor, stage and screen, and suddenly he’s going to be letting loose in quite a serious way. [laughs] No one has ever seen him do this in that way! So I was like “oh, amazing, I hope Jeremy is going to be all for it”, and it couldn’t been a better experience altogether. It was really great and really collaborative, anyone could say anything, could do anything, it was very free. It was a great experience all around. We all had a ball making the movie and it was fun from beginning to end. 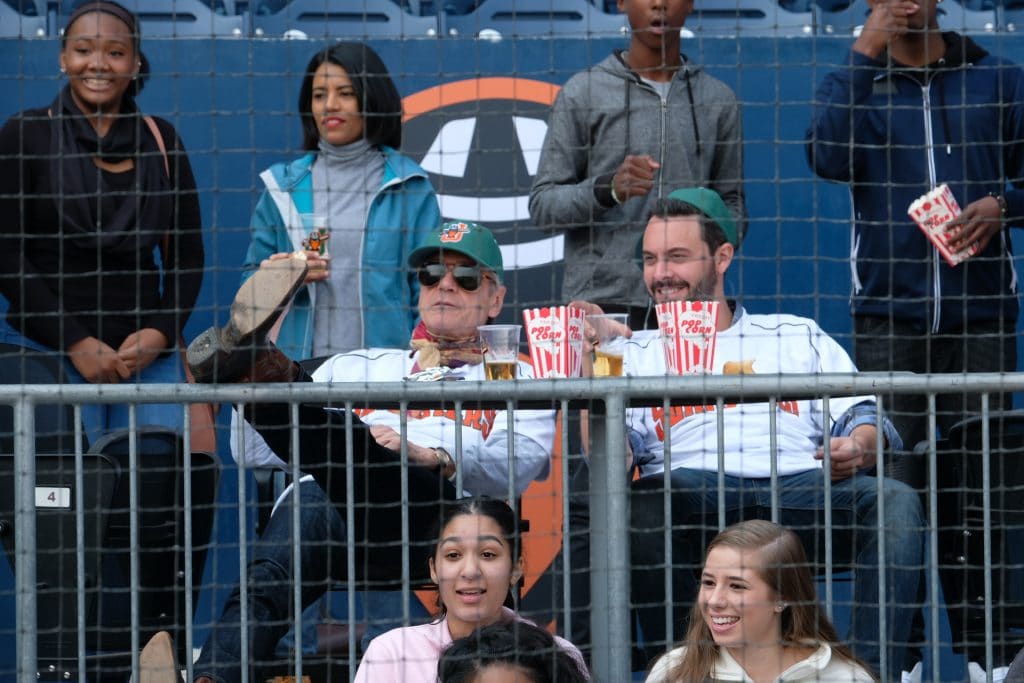 BT: The title is An Actor Prepares, which is Stanislavski’s system. Do you subscribe to “The Method”?

JH: Well, I’m more (Anton) Chekhov personally, which is more about imagination theory. I don’t think there’s ever one theory. What works for one person might not work for another, and I think that when you read books, you don’t take in the entire thing, you take in the bits that you love. So I use a little bit of everything sometimes, and I have been known to sort of go a little method when it’s a more intense character. It is hard to let go at the end of the day, is a better way to put it. [laughs]

BT: Which previous role has stayed with you?

JH: I will always say Richard Harrow from Boardwalk Empire. I’m sitting in my office and I’ve got the mask sitting behind me. When you are lucky enough to play a character that you truly love, for four or five years, it’s one of the most special things for an actor to do because you get to not just play a character, but that character begins to sort of live inside you. You don’t need anything around you to react as that person, because you live with it for so long. It’s amazing, when you say you miss someone, it’s almost as if it’s a relative or a great friend that’s passed away, but when Richard died, it’s very strange, but it still has that very special part in my heart. I would say that is a big one.

BT: And every time I saw you on screen subsequently, it was strange to see you without that mask.

JH: [laughs] It’s a joke that’s still being passed around right now, like “it’s so strange seeing you with a whole face”, or a director was saying, we wanted to work together, said “I’m thinking of writing an afflicted World War I marksman who wears a mask over half of his face”, just as a joke, and I was like “it will come back to haunt me forever”. Funny enough, my uncle Danny did Wonder Woman, and his sidekick, the evil lady (Dr. Maru), had a mask on half her face, and I was like “my goodness, it’s going to be a part of us for the rest of our lives!”. [laughs] 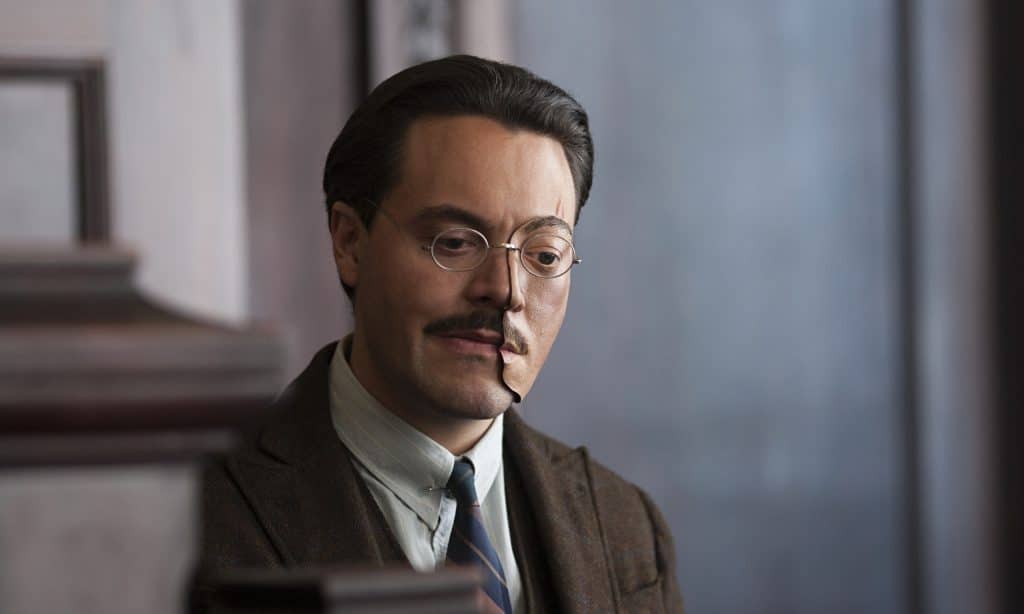 BT: What can you say about your film Above Suspicion?

JH: I couldn’t be more proud of that movie. The politics of Hollywood and what’s going on at the moment, I’m hoping that they’re going to get the great release it deserves, because everyone who’s seen it, and those who I hold dear and trust their opinion, they think it’s quite something. Emilia (Clarke) is phenomenal in this part; you just see what a great actress she is. Fingers crossed it gets the proper release, because we’re all really excited about it.

BT: How do you feel like we should watch films and particularly this film?

JH: I’m still a cinema guy, I like to go to the movies. I love it. I think we’re lucky and it’s so easy now to watch things when you’ve got Apple TV and iTunes and you’ve got Hulu and Netflix. By the way, I’ve just done a bunch of work with Netflix,  (Martin Scorsese’s The Irishman, Wash Westmoreland’s Earthquake Bird), who are making films that aren’t being made in Hollywood today, and taking the sort of risks that aren’t available to filmmakers right now. It’s such a double-sided sword because in a way it might deter people from going to the movies, which is still my preferred way of watching films, but at least they are still being made, and at least people are still putting money into them. It’s been the love of mine since before I could remember, and it’s something which I’ll take or leave. I mean, shit, I’d watch a movie on a phone, on a plane, at a friend’s house, [laughs] I don’t really care, as long as they are still in my world.

BT: How did growing up on film sets at an early age affect your love of cinema and this film?

JH: The first film that I visited my aunt (Angelica Huston) on was The Witches, in which she was in full prosthetics as the Grand High Witch, and that’s where I lost it, this is the one for me. I watched the prosthetics being put on, I watched them being taken off at the end of the day, I knew it was hours in make-up, but I just sat there riveted! I was prodding and poking and then watching them go and perform. I think that had a profound effect on me. And that was also that wonderful thing, almost like this, in that, “you’ve got to go there”. It’s make believe, it’s meant to be fun, and you should enjoy your job, you should enjoy it. And I do! I’m thankful every day for what I do, because I truly, truly enjoy it. When I say “have no fear”, you should have fear, but you shouldn’t be scared. You should take risks and you should play lots of different characters, and don’t find yourself locked in a box. You should break free.

An Actor Prepares opens in U.S. theatres on Friday August 31