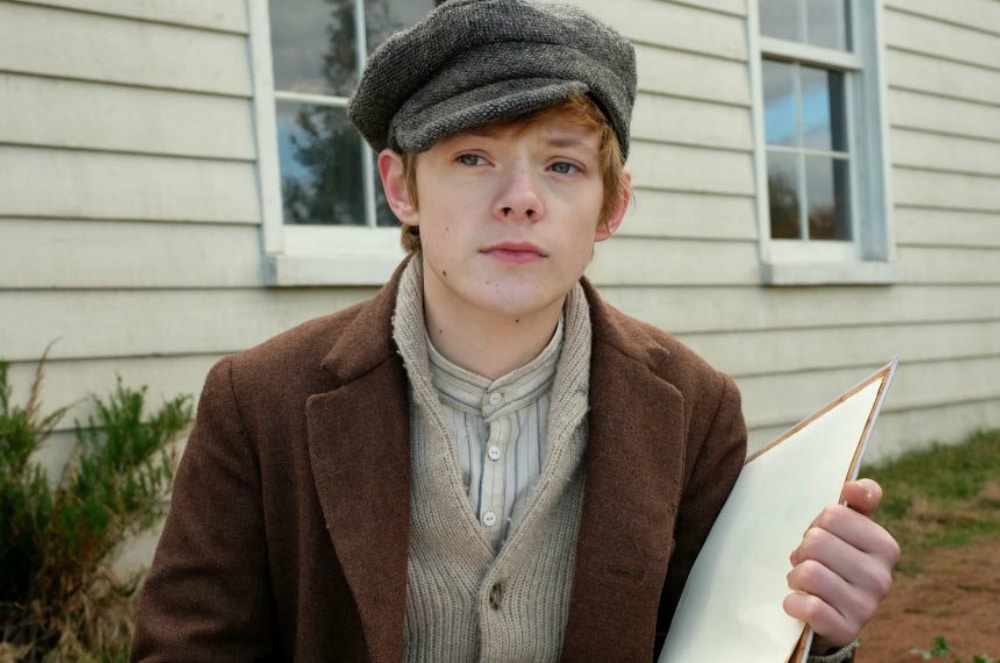 My favourite episode of Anne with an E (by far) is the episode airing tonight on CBC, titled ‘Memory has as many moods as the Temper”. I don’t want to spoil the episode for you, but in it Aunt Josephine (played by Deborah Grover) brings back her annual tradition of a winter party celebrating the world’s most renowned artists and gay icons, including composer Cécile Chaminade, and just wait until you see the magnificent costumes and set design! It’s a visually opulent episode that addresses sexuality, feminism, gender identity and community in a way that’s rarely seen on a family tv show and I highly recommend you tune in tonight to watch it.

I spoke with one of this season’s standouts, actor Cory Gruter-Andrew (who plays young gay artist Cole on the show) and the following is a condensed and edited version of our phone conversation.

Brief Take: Anne with an E viewers are really loving and relating to your character this season. What’s been some of the fan reactions that you’ve received?

Cory Gruter-Andrew: It’s been amazing. People seem to relate to Cole in so many ways. It’s just great to see that there’s a whole group of people who can find themselves in Cole and it’s an honour that I get to represent such a group of people. It’s just really nice. I love it.

BT: I feel like you got a big fanbase with your work on The 100 but Anne reaches so many hearts and minds of people of all ages all around the world.

CG-A: [laughs] Yeah! Viewers of Anne are pretty cool, yeah. There are a lot of people who are big fans of the show and it’s really nice to see them and hear from them and talk to them. 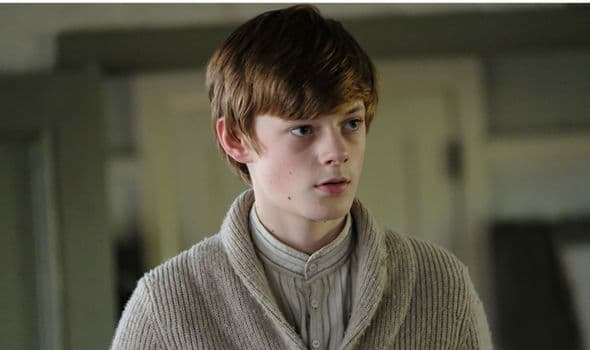 BT: I’ve interviewed Amybeth McNulty twice now and the delightful Dalila Bela and Kyla Matthews as well, and they’re such a joy to be around. What was your experience like working with them?

CG-A: It was great! Kyla is really sweet, just a very sweet girl. You can see a little bit of everyone’s character in them, it’s very present. You know they’re all just really sweet people. Before my first day on set, they brought me out to a karaoke night for Amybeth, so it wouldn’t be awkward for me on my first day. So it was really nice getting to meet them all in a social environment before working wth them, and that’s just one of the many things that they do that makes them such great people.

BT: So what was your karaoke song of choice?

CG-A: We did a couple. Me and Amybeth attempted ‘Rap God’ by Eminem, it did not go well whatsoever. [laughs] And then we just did classic karaoke songs like stuff from the Bee Gees.

BT: And what was your experience like working with Christian Martyn (who plays Billy Andrews) and Stephen Tracey (who plays Mr. Phillips)? What was it like crafting those two bullying parallel storylines with showrunner Moira Walley-Beckett?

CG-A: Stephen is a hilarious guy; I absolutely love him! We had some really great laughs on set. Christian is a cool guy. When I said that on set you see a bit of everyone’s character in them, Christian is a bit of Billy, but he’s a really nice guy and not the mean side of Billy. There were times when I’d ask Moira “how do you interpret this particular scene or line here?”, and we’d have quick phone calls from wherever she was at the time to Toronto. She was really great helping me out whenever I needed her.

BT: You’ve had a huge year, not just with the massive success of Anne with an E but also with Summer of 84 being at Sundance too. What was that like for you?

CG-A: Sundance was incredible. I was searching for Terry Crews the whole time but never found him. [laughs] Having Summer of 84 being at Sundance was really great and then it premiered in Canada at the Fantasia Film Festival. I was talking to the guys and it apparently was insane. They said there were more than 700 fans seeing Summer of 84! I mean that’s just incredible! [laughs] So that was insane. Sadly I wasn’t able to make the actual red carpet premiere at Sundance because I had to work on Anne in Toronto, but I got to stay for interviews and all the fun stuff. I’ve been messaging the guys since then too.

BT: You were also in Okja last year and Giancarlo Esposito’s film, The Show.

CG-A: For Okja, I was just on set the one day, but it was still really cool. I didn’t get to meet any of the stars or anything though. In terms of the other feature, Giancarlo is such a sweet guy! He is the nicest guy you will ever meet. His crew loved him so much that on the last day of filming they all wore Los Pollos Hermanos shirts from Breaking Bad and Better Call Saul. But he’s just a really great guy.

BT: You’ve worked with some stellar directors and actors. Who do you still aspire to work with?

CG-A: Tom Hanks, for sure. I would fanboy over him 100 per cent. I would just freak out over Tom Hanks. [laughs] If I got to work with Tom Hanks, I would be deceased. That would be a dream.

Anne with an E season 2 airs at 7/7:30 NT on CBC and can be currently streamed in its entirety on Netflix in the U.S.