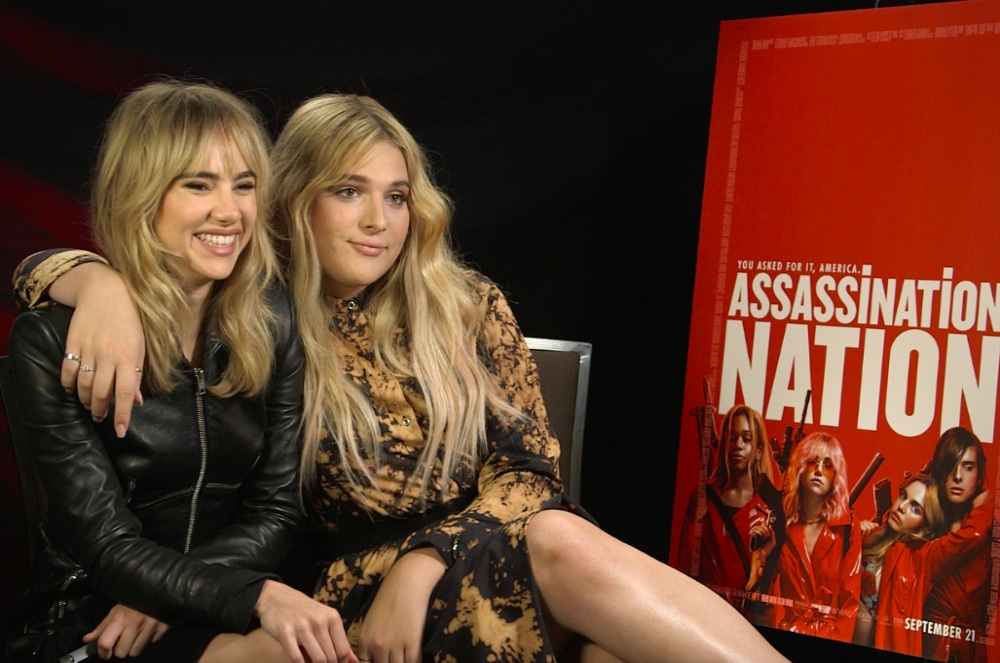 Hari Nef and Suki Waterhouse are two integral components of the Assassination Nation ensemble. Sitting down with the multi-talented pair during TIFF, it quickly became clear that their bond of sisterhood continued long after filming the movie and its triumphant Sundance debut. The intelligent pair spoke with us about their immediate connection with the core group of strong women at the centre of the film, shooting in New Orleans and the key takeaways they hope audience members glean from the film.

Our delightful interview with Hari Nef and Suki Waterhouse has been edited and condensed.

Brief Take: What was your experience like getting to know one another and empathizing with one another on the making of this important film?

Suki Waterhouse: I think that was the most valuable thing I took away from this entire project. What I remember the most about shooting is sitting in our hotel rooms and having these conversations and learning about one another, just expanding my own mind really.

Hari Nef: I took four life long friends away from this shoot. When we link up to do things like this it just feels like a play date. [laughs]

BT: I spoke to Colman Domingo, your co-star, the other day and he spoke very highly of you.

BT: A central part of this film and one of its core themes is sisterhood. Your bond with one another is really felt on screen.

SW: Yeah, thank God that Sam (Levinson) met us and picked us all out and knew that it would work, otherwise it would have been shit. [laughs]

HN: It was kind of a stroke of luck but listen, Sam dropped us into the centre of New Orleans during Mardi Gras and said “take the night off, go out, get into trouble and do things I wouldn’t do.” And that’s exactly what we did. He’d always tells us the story about how we showed up to rehearsal the next day, we knocked on his door and we were just like [puts her arm around Suki and leans in close to her, smiling], and he was like “oh nooo, I’ve created a monster!”. [laughs]

SW: I definitely felt very confident with all of us storming around on set. You didn’t want to mess with us.

HN: I mean we were all living in this residence that was like Melrose Place. It was this square hotel and we were all upstairs, downstairs and in each other’s rooms.

SW: Yeah. And all the boys were terrified of us.

HN: Yeah! Oh the boys were not ready.

SW: [giggles] They were not ready! 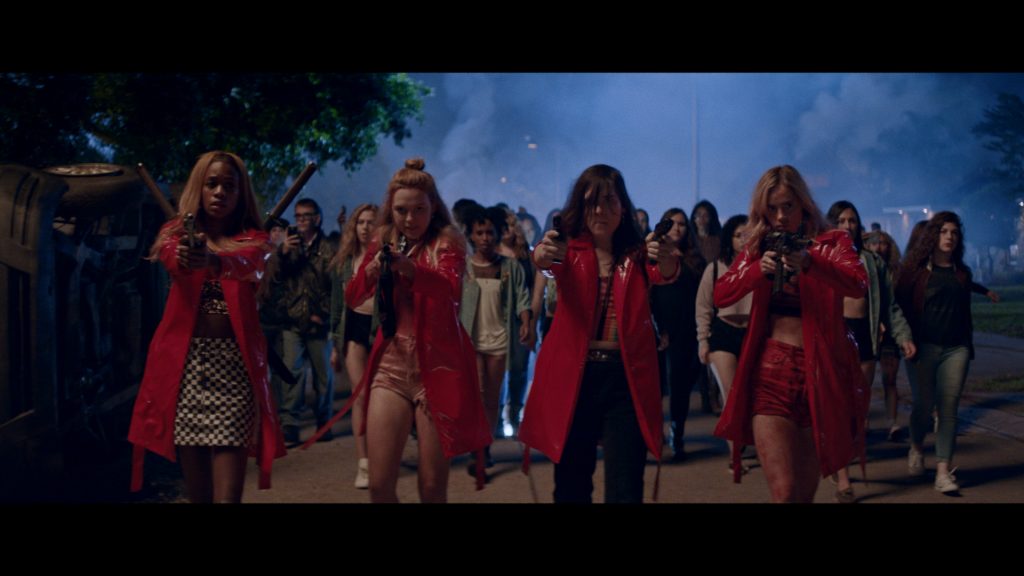 BT: Our culture is in need of some serious conversations about how hurtful people can be to women online and this film entices people to have those discussions. What do you hope people talk about after watching this movie?

SW: I think everyone approaches a lot of things with anger, which I understand, and a lot of the time on the internet, if you don’t like something it’s so easy to attack that thing. When I think about it, if I don’t like something, you should take a second and look at it. It’s usually something that I don’t like about myself and the world that I live in, but it’s like what you’re saying – extended empathy is needed. That happens online but it’s also very hard to have nuanced conversations online. I think it’s about in-person conversation for me. I find that very helpful.

HN: [to Suki] You said it very well. We have so many tools available to us to find information, to share information, to share a point of view, to engage with the points of view of others, and I think that people need to be very mindful about what they are bringing to that screen when they are going to that screen. Are they approaching that screen with an open mind, curiosity, love and empathy? Or are they bringing sadness and hatred and trauma and are they using the interface as a channel for those emotions, potentially by sharing it with other people? Talking about your issues is fine, but firing them at other people and projecting them upon other people doesn’t make you feel better and it hurts other people. That mindfulness and that empathy is what we’re leading with.