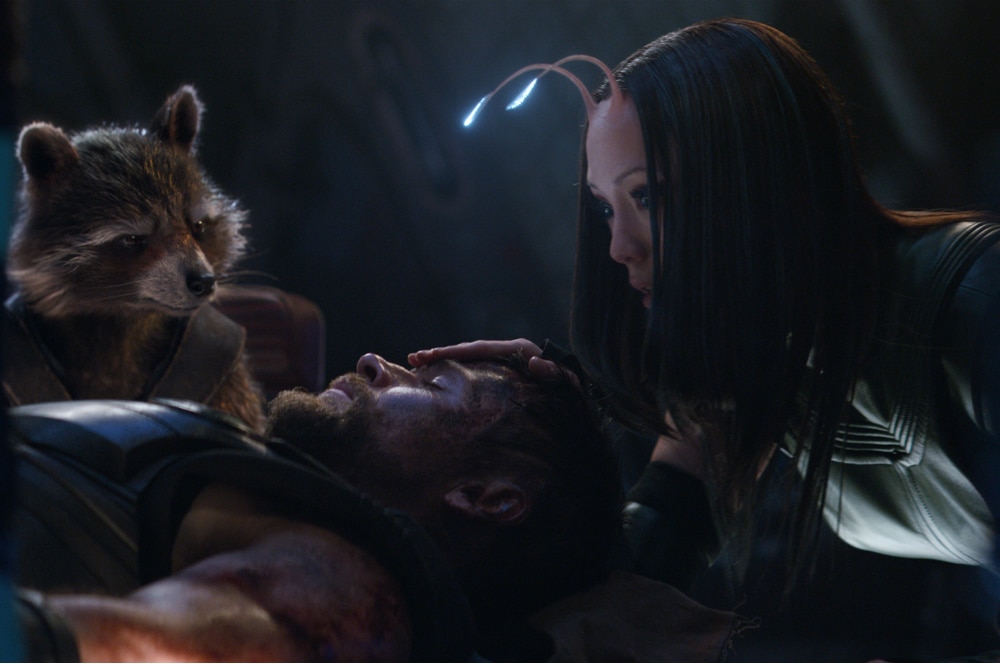 Avengers: Infinity War is easily the most eagerly anticipated movie of the year and yet you wouldn’t know it from talking to one of the film’s stars, Pom Klementieff (who reprises her fan favourite role of Mantis from Guardians of the Galaxy Vol. 2).  The French breakout star is down to Earth, calm and talks to me like we’re long-lost friends (although we’ve only chatted once before). Klementieff is easily one of the warmest and easiest to talk to actresses of her generation.

The following is an edited and condensed version of our marvellous phone conversation.

Brief Take: You’ve been on this worldwide press tour with your cast mates from Avengers: Infinity War. What have you learned about them that you weren’t previously aware of?

Pom Klementieff: I learned that they’re all pretty amazing. [giggles] No but seriously, it was a pleasure to get to promote the movie with all these people because I didn’t feel like anybody had a huge ego. Everyone was really happy to be promoting the movie and to be working together. It was really smooth and a lot of fun actually.

BT: Which character do you like best other than Mantis?

PK: Oh I don’t want to pick favourites! [giggles] I love the girls though. I love the guys too, of course, but what I love is that there are more female Avengers than ever before in any of the other movies. I remember watching the Avengers movies before that feature Scarlett Johansson, Gwyneth Paltrow, Lizzie Olsen and Cobie Smulders, and those movies were great, but now, to get to see all those girls and the Guardians girls and the Black Panther girls all together is awe-inspiring. To see all these women from different backgrounds and different ethnicities and nationalities on screen is really amazing and makes me really happy.

BT: And what was it like to work with all of those amazing women both on set and promoting the film?

PK: It was great! Unfortunately we didn’t get a lot of scenes together or a lot of interaction, but I hope that’ll change in the near future. I hope so!

BT: There’s been a lot of rumours about an all-female Avengers spin-off movie. Have you heard anything about that?

PK: Oooh, I don’t know. I think it’s happening but I don’t know definitively. I hope so though!

BT: Promoting this film must have been a lot of fun because, as you mentioned, there aren’t any big egos amongst the actors. During the Guardians of the Galaxy promotion I saw that you and Karen Gillan had a lot of fun doing karaoke. Was there any of that during the promotion of this movie?

PK: [giggles] Oh my God, that feels like ages ago! You know what, we almost did that again in Seoul with Tom [Hiddleston], Benedict [Cumberbatch], and Tom Holland, but we were all too jet lagged and decided to just stay in. But I hope that we’ll get to do more karaoke again one day soon! [laughs]

PK: Oh I love ‘I Will Always Love You’ by Whitney Houston! It’s the best.

BT: Now that you’ve seen the movie, and without giving away any spoilers, what was your favourite scene to watch?

PK: I don’t have a favourite scene exactly but I think all the scenes between Gamora [Zoe Saldana] and Thanos [Josh Brolin] are pretty incredible. She’s really amazing in this movie and really blew me away. I sent her a text yesterday because there were too many people at the premiere and at the after-party so I didn’t get to tell her in person how amazing she was. So I texted her and told her that I couldn’t stop thinking about her scenes. I think she did such an incredible job. 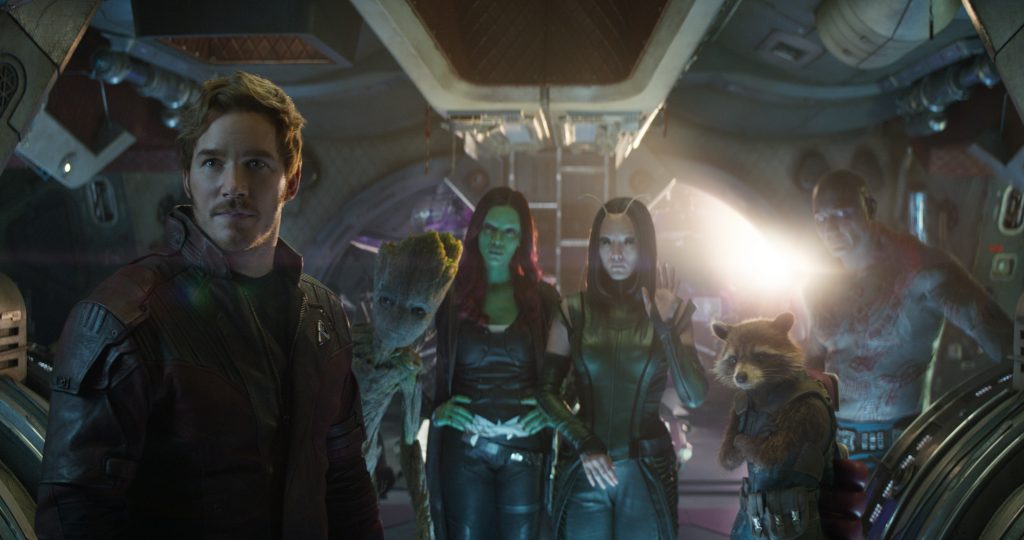 BT: What was your favourite scene to film?

PK: Well I can’t give that away! [laughs] It’s a big spoiler to your readers who haven’t seen the movie yet.

BT: You’ve worked with a lot of acclaimed directors in your career – the Russo brothers, of course, but also Drake Doremus, Matt Spicer, James Gunn and Spike Lee. Which other directors would you like to work with?

PK: Oh, too many people to name quickly. [laughs] Definitely Park Chan-wook, Terrence Malick, Jane Campion, Andrea Arnold, Kathryn Bigelow. I mean the list is so long. I don’t know if any of them would want to work with me! [laughs]

BT: Are there any actors that you’d still like to work with?