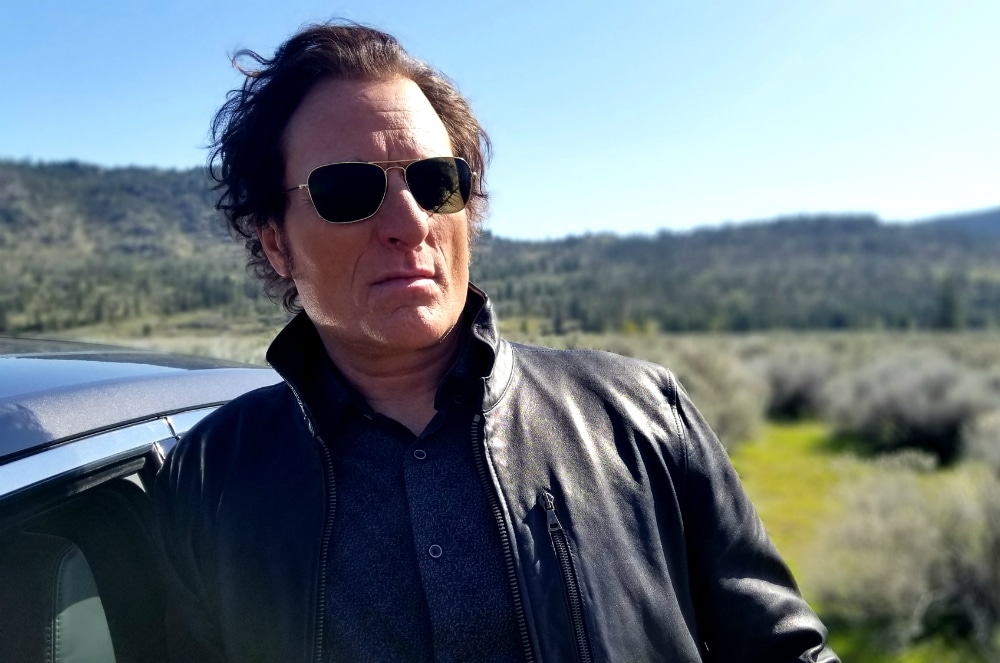 At times an interview can be something of a challenge. At other times, the challenge is simply sitting and listening while a pro takes over (which is to say, it’s no challenge at all but a pure delight). This was one of these times–the latter, of course! Kim Coates is a legend, and if our interview at this year’s Canadian Screen Awards wasn’t enough for you, we’re back and talking with the esteemed actor about Bad Blood Season 2, which is back on City and bigger than ever. Our interview took place at a Toronto diner back in June and amazingly, was culled from only eight and a half minutes (!) of a sitdown.

Here is a condensed and edited version of our conversation with the uniquely talented Kim Coates.

Brief Take: Did you ever imagine Bad Blood returning for a Season 2?

Kim Coates: We were three weeks into shooting season 1, we just left Montreal, now we’re going to Sudbury to finish it off. We’re sitting at The Keg, in Sudbury, Mark Montefiore, Virginia Rankin, Patrick O’Sullivan…all the big shots of the first season, producing-wise, and me, and Michael Konyves and Simon Barry. They’re going, “Let’s talk about season 2!”. And I went “Are you guys crazy? We have eight weeks left of filming. Let’s make this as good as we can make it”. So I knew there may be an interest. I knew with the six scripts, I knew how it ended, I knew it had an amazing ending and we could have ended it right there, like The Sopranos. You didn’t know what was going to happen, but what an epic six shows! I also knew it could be a doorway to a season 2, if we so chose. So I wasn’t that surprised, but what I loved about it was the commitment from New Metric Media and from Rogers. I don’t even have a co-star like Anthony LaPaglia, it’s my story now. I have some amazing actresses in season 2, like really truly amazing, all Canadian. A lot of money and a lot of thought went into season 2, and there ain’t nothing going to be like it, it’s something else!

BT: The series goes beyond the book now, right?

KC: This is all fictional now. It takes place five years later, right now, you and I sitting in this diner. Is there a gun coming to your head, like have you done something against me? I mean, it is right now. Like you said, last time you saw me, a bullet was coming through the window, slow turn by Declan, boom! Five years later, I own the ports, I own Montreal and you find out how that came about. I’m a lone wolf, I don’t like working with anybody, very unlike Vito. Vito wanted everyone to get along, everyone to work together, we’ll all win if we stay together. Declan, he’s much more himself, much more working his way to the top by himself, he doesn’t trust anybody. But he’s forced to, very early in the first episode. These twins come over from Italy, one of the biggest families, Godfather in the world sends his twins, boy and a girl, to Hamilton. Even the guys in Hamilton, played by Louis Ferreira and Daniel Kash, Domenic and Enzo, they want to take me down in Montreal, but they don’t really want to do it. They don’t want to, but it’s their family, coming from Italy, they have to. So now I have this incredible influx of Italian bullshit, which is coming down on me, and I’ve warned Domenic. I go to his background in such a riveting scene, we shot about a month ago, and try to have a cigar, and I come out of the woods and basically say something to the effect of: “You know me. You know what I can do. You know what I will do. You don’t want to do this. Don’t do it. Grow some balls”. What happens is epically sad and dangerous and it’s a crazy story.

BT: What’s your style? How do you feel without your family?

KC: It’s tough. What I loved about Sons of Anarchy, also Bad Blood, people talked about it. People really wanted to know why I became a backstabber, or they really wanted to know, “wait a minute, that family thing, it really affected you. When he was in prison, and Nico(lo Rizzuto Jr.) got killed – which he was really upset about it, but he was such a little dink and he never listened to me, and it’s hard to corral him – but when Papa got shot, it was just devastating”. So people talked: “You were a backstabber!” or “No, you did what you had to do!” or “Did you kill Vito?”. Everyone’s talking, talking, talking. So you know what happens? We find out really early. The one beautiful scene I have with Nicholas Campbell as my father, me wanting to make him suffer. So what he did to me and my beautiful baby sister, well there’s a photo [shows his phone]. I can show you, but you can’t tell anyone I showed you this. We find out really soon that she, my sister, who the last time I saw her, the last time, when she was nine and I was like 14, she was five and I was nine, look at me and my baby sister, there’s a picture that I’ve kept all my life, and that’s really me at nine, and that’s my daughter Kyla, in real life, as my baby sister.

KC: Like that’s just unbelievable! So I have this picture, and I find out she had a son when she was 16 and gave him up to adoption right away. She was on the needle, so he’s always been in these rough foster homes. I find out I have a nephew. I go absolutely crazy! I go and find him and when he comes out of prison, he comes with me, so I have family in him. So what happens with him is…well, I’m not going to say any more but it is just fabulous. Then I have to go to bed a little bit with some of the First Nations, because they help me move some drugs. They come to bed with me and try to keep the Italians off my turf. It’s complicated but interesting who I do business with, and why, being the lone wolf that I become. We have this massive Italian family, and Declan, and when the two factions meet, only one is going to win. And I can’t tell you who’s going to win.