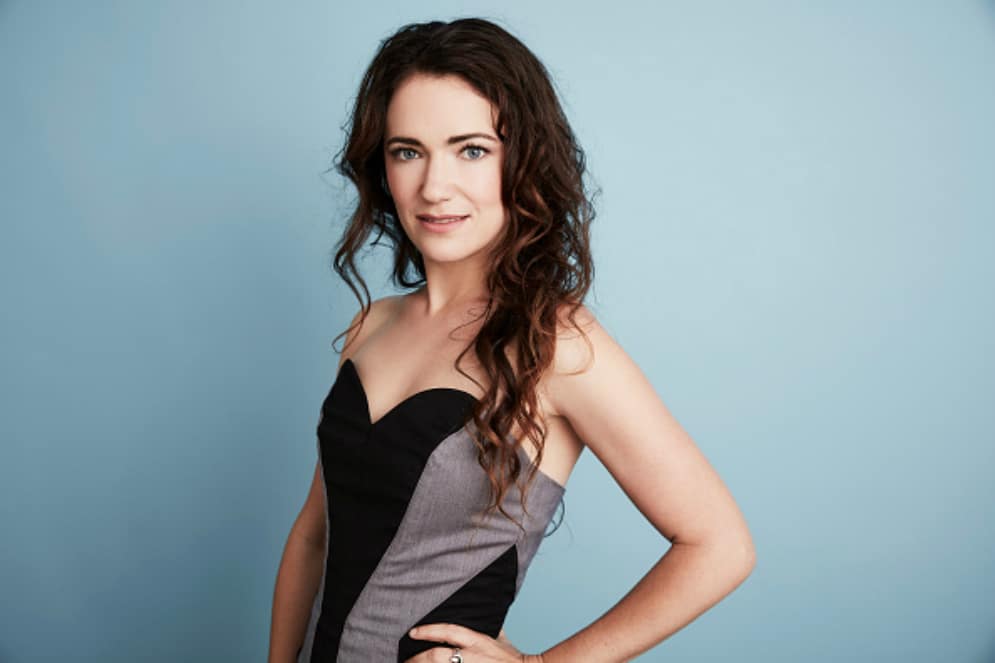 April Mullen is one of our favourite people. It was her interview (where she was joined with her Below Her Mouth leads Natalie Krill and Erika Linder) that launched our humble platform back in 2017. This time, after returning from Vancouver to shoot Legends of Tomorrow, Mullen meets us in a coffee shop in the Ryerson area of Toronto and even sweetly shared with us her peanut butter cookie. We had some very interesting off-the-record discussions about Below Her Mouth, and she passionately talked to us about her latest film, Badsville, which opens Friday at the Imagine Carlton in Toronto.

Brief Take: Badsville already has quite a pedigree.

April Mullen: The actors bring such a humble vulnerability to both Benny and Wink and that’s what I think makes the film really, really special. We’ve won so many awards all over the world and I think that people are connecting to their story and the honesty behind it all.

BT: A lot of your projects focus on the female perspective, and yet this one is quite different.

AM: It’s the complete opposite. You’re right. A bunch of guys, and they’re a gang, very violent and they’re deadly in the town. It’s an all-male cast, except for the love interest [played by Tamara Duarte], which is very traditional because it’s an homage to the ’40s, so her role is very much the love interest and it serves Wink’s story. But the scenes of violence, I wanted them to have this really gritty, messy and unpredictable feel to them, which, in a way, Below Her Mouth had them to the love scenes, in which they weren’t perfect but in their imperfections it makes them perfect in terms of what you look for on the screen, which is where the sparks happen.

BT: What do you think is your directorial style?

AM: There’s a huge similarity, like if you go back, even though the genres are drastically different, like it’s a paranormal thriller or it’s a thriller or it’s a comedy, or it’s a spoof, or it’s a mockumentary or it’s a horror film or a priest or gangster film, whatever it is, I feel like it’s a unique landscape that has been isolated from the rest of the world it seems. That allows you to have that sort of fantastical cinematic moments in the film, where you either go into slow motion, or you go into voiceover or you go into imaginary pop-ups. I feel like those things allow you to experiement with the filmmaking medium, where you can just do things, because it’s a fantastical world, I love that. Lighting-wise, I’m very consistent. I love neons, I love long very choreographed shots. I’m really big on large contrast, dark shadows, instead of frontal-lit similar whitewash, that’s not my style at all. It’s really in a world of neons. I love film production design as well, and I’ve worked so hard with my sister Faye Mullen, who’s the production designer. That aesthetic is very similar throughout the films. Even though she didn’t do Badsville, that visual aesthetic is very familar. It always sort of looks of the same, but different in each world.

BT: You do linger on bodies and faces.

AM: I like that. I like that you can stay with them for a second before a quick cut. It sort of allows you to catch up with the story and feel something. I’m big on eyes, and seeing into the soul and eye connection. For sure, or movement of the body.

BT: Do you like to suggest a breaking of the wall?

AM: I think I break the wall, to be honest. I think I’ve broken the wall in every one of my TV shows or films and I do it in slight ways all over the place, because I know it’s a medium, and I indulge in the fantastical elements or the over-amplified kind of emotions, or the brighter green on the colour palette when I’m deciding on the room. I definitely see it as pictures and want to create the world that the character is revealing, so it’s really so character-centric all the time. That sort of dictates as well, a big part of what I choose in terms of the environment.

BT: What about some of your TV projects?

AM: You know, what I love about TV is there’s a wide range. You get to do in three to six weeks, depending on how many episodes you do, you get to do everything from Bellevue, to Killjoys to Wynonna Earp, like western comedy to sci-fi to hard sci-fi, to a very dark thriller, and I love the fact that you can go into a world where everything is already set in stone and do a splash and make it your own.

I had such a great experience on Wynonna Earp. I think it might have been because Melanie was pregnant and there was so much strong emotion and depth behind her character but yet she was living in this comedic, sort of tongue-and-cheek world and I thought that was a really cool tone that’s very difficult to achieve. The writers did an amazing job on Wynonna that people found themselves crying on the end of the episode. I’ve had so many emails, because in my episode she revealed that she was pregnant and it was in real life that she was pregnant too. So it was just amazing with what you can do as a woman in film and sort of make it work, even though that’s always been a tough thing with the family and the hours, but there was something really wonderful on that set. I think it’s because it was so…just, truth. This is how she really felt and there was something really special with that episode.

BT: You imbued your sense of style in that episode.

AM: With lingering, exactly! There’s a bathroom scene in Wynonna, where they’re both on opposite sides of the door, and I designed that, just putting in my shot list. Creating a flyaway door here, which is easier than shooting on location, of which I’m usually a bigger fan. Sometimes you can just design a scene.

BT: How about directing DC’s Legends of Tomorrow?

AM: I can talk a little bit about my episode. It’s unique in terms of the arc of what’s happening this season. It’s dark, it’s very thriller and it’s self-reflective. So each of the characters get pinned up against a dark version of their past, which was very cool to explore. It was almost like going to a confession booth with them and the whole theme of the episode is like that. It’s dark, it’s scary, it’s very much like Alien and…that’s all I can tell you! I’m getting carried away!

Badsville opens this Friday at the Imagine Carlton in Toronto.