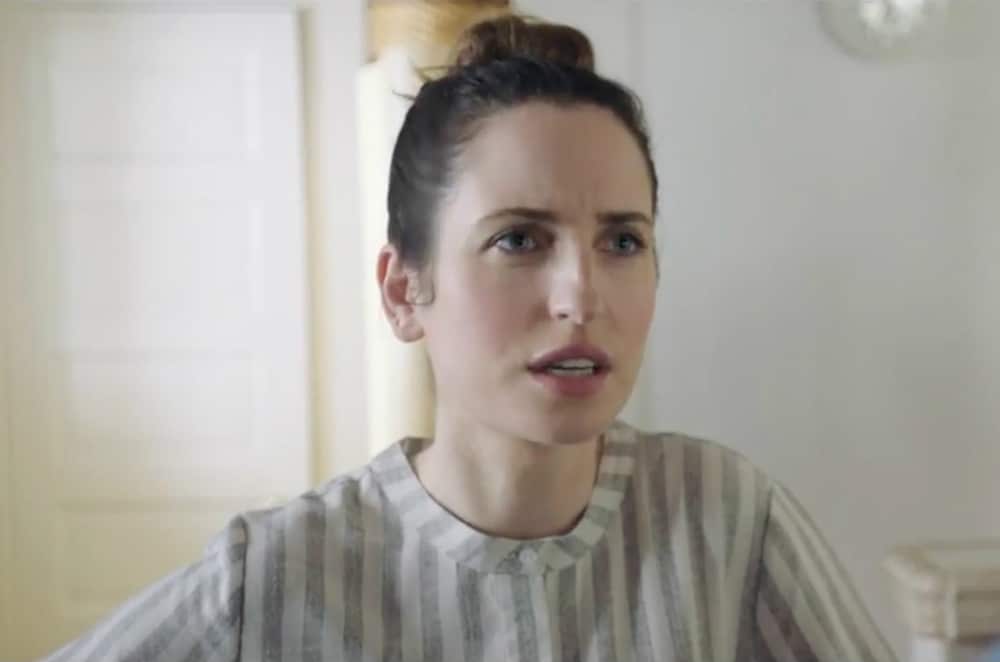 Indie darling Zoe Lister-Jones (Life in Pieces, Breaking Upwards) is a formidable woman. The singer turned actress has juggled a memorable career starring in sitcoms (such as the aformentioned LiP) with impressive screenplay credits including the Greta Gerwig-starrer Lola Versus. Her latest effort, the relationship dramedy/quirky musical Band Aid, is her most striking venture yet. Lister-Jones stars in the film (alongside The Mindy Project‘s Adam Pally and Portlandia‘s Fred Armisen), produced it, co-wrote the music for, and directed it. Oh, and did we mention that, like the badass woman that she is, she also insisted on an all-female crew? (which, really, should not be so stupefying in today’s day and age, and yet very much is in the film industry)

We had the wonderful opportunity to chat with our new role model via email about the Sundance crowd-pleaser and the following is an edited version of that interview.

Brief Take: Can you talk about the genesis of the project?

Zoe Lister-Jones: I had been writing songs since my early twenties and that process always brought me a lot of joy. As did singing. And I was at a stage in my life where I had lost some of the joy in my screenwriting process and was looking for a way to revive some of the fun and unpredictability of that journey. At the same time I wanted to explore themes around commitment and what that really looks like. Which often includes fighting. And the idea of turning fights into songs was born.

BT: As a woman in my thirties, I related so much to the film and saw so much of myself and what my friends go through in our roller coaster relationships in the film. There’s also so much naked truth about the unrealistic, and frankly outdated, expectations thrust upon women in every day Western society. What was the writing process like for you to encapsulate the feeling of being trapped in those heteronormative gender roles?

ZLJ: I think as a woman in my thirties I was just writing from my own experience and the experiences of women around me. I think once people get married, they are much more loathe to talk about their marital issues, even with their closest friends. There’s so much shame and fear of judgment around it. But once I started talking to my friends I realized we were all sort of fighting about the same things in our respective relationships. And there was comfort in knowing that so many of these issues are universal. There’s a continuing paradigm shift when it comes to the heteronormative gender roles we play out in relationships, especially as more and more women become the breadwinners in their households. While Anna isn’t the breadwinner in the film, it definitely delves into a lot of the gender stereotypes we so often fall into, and the added complications around fertility and childbirth at a certain age in a woman’s life.

BT: I loved the music in the film and I was so happy to read that there’ll be an EP. What was the songwriting process like and how collaborative (with Adam and Fred) was the finished product?

ZLJ: I wrote all the lyrics as a part of my screenwriting process. And then I collaborated on the music with my dear friend Kyle Forester. Once we had demos recorded, Adam and I spent a few months rehearsing (I learned bass for the film), and then Fred came on board and needed no rehearsal because he’s a legit amazing drummer.

BT: You really did it all on this film! Direct, write, act, write the songs. Firstly, when did you sleep? Secondly, what advice would you give aspiring, particularly female, filmmakers?

ZLJ: Haha, I think it was Merce Cunningham who said “you can sleep when you’re dead.” In all seriousness, I think it’s all about finding a story that speaks to you, whether it’s one you’ve written or not, something that feels fresh and relevant, and provocative, whatever that means to you. And then finding a producer who shares your vision and is hungry. It’s about surrounding yourself with a community of supportive artists who can help bring your vision to life.

BT: What was your favorite aspect of working with an all-female crew and why do you think it’s still such a shocking and new concept to some film industry people?

ZLJ: Working with an all female crew was one of the most inspiring and gratifying experiences of my life. There was such a sense of comeradery paired with drive and artistry that was completely free of ego. The film and TV industry is so male dominated, I think the idea of just having a handful of women on a crew is still, sadly, at times surprising to see. But I think that’s why I felt I had to subvert the paradigm completely. Because otherwise we would have fallen into all of the same traps so many productions fall victim to, which is why women continue to be so severely underrepresented.

BT: What are you working on next and will you tour the EP in Canada?

ZLJ: I’m writing a new screenplay, and shooting my TV show Life In Pieces. The Dirty Dishes EP is now available on iTunes so if we get enough heat on the album we’re ready to take it to the stage!

Exclusive clip from The Space Between!