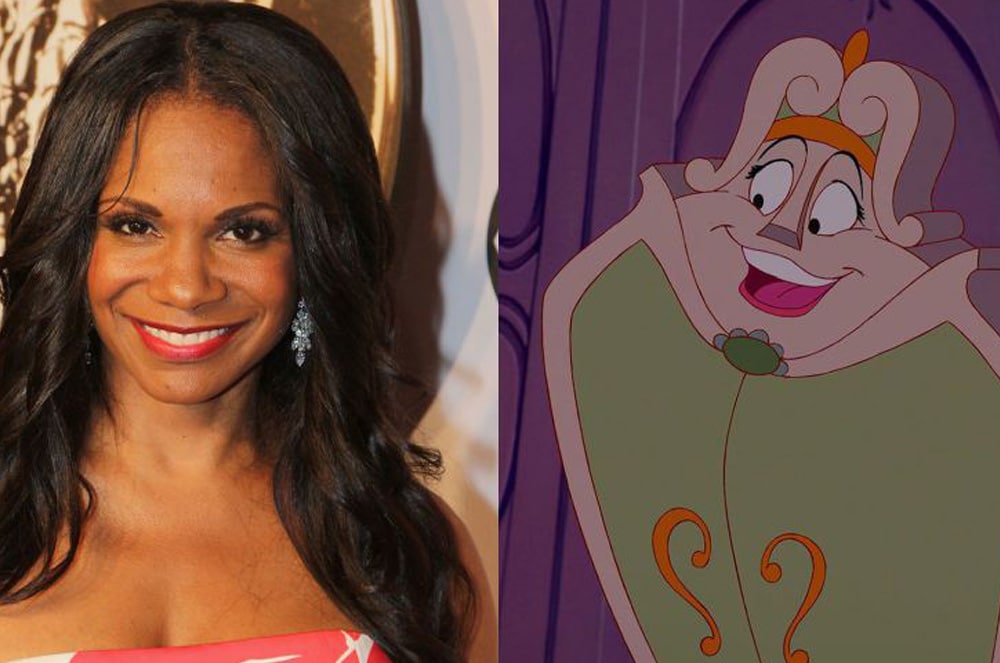 I’m a huge musicals fan, and it’s largely because of six-time Tony Award winner Audra McDonald. Sure, my parents took me to see The Phantom of the Opera, The Who’s Tommy, and Les Miserables when I was a kid, but it was seeing Ragtime some twenty-odd years ago that really cemented my love of musical theatre. With a cast that included Brian Stokes Mitchell, Marin Mazzie, Peter Friedman, Ms. McDonald, and a young Lea Michele, the brand new groundbreaking musical struck a nerve with me, and I’ve been closely following the cast’s careers ever since. (Ironically, Ragtime lost the biggest Tony Award gong to Disney’s The Lion King, but that’s a discussion for another day).

Thus it was with trembling hands that I spoke on the phone with Audra McDonald about her role in Disney’s live-action film, Beauty and the Beast. The following is an excerpt of that conversation.

Brief Take: You play Madame de Garderobe, a larger than life diva, in the new, live-action retelling of Beauty and the Beast. What was the filming process like?

Audra McDonald: It was amazing! Obviously there were sections where my character was human, so I was on set in very large costumes on gorgeous sets with an amazing cast. Then there were times when I was in a recording studio, recording all by myself, with [composer/songwriter] Alan Menken and [director] Bill Condon on the other side of the booth. After that there were times where I had to return to the studio. When working in the studio, the main thing we were working on was her accent and how far we could go and still be intelligible in terms of what I was saying. In some ways we couldn’t go too far because people wouldn’t be able to understand what I was saying. Then also just playing with her size and how she would sound embodying this wardrobe. She would sound a little heavier and more lumbered. *laughs* How appropriate! But lumbered is the perfect word to describe how she would be speaking. She’s weighed down by being such a large object, so we had to consider that, and Bill and Alan were a great help with that.

BT: And how does one get into character playing a wardrobe? Did appearing in Master Class prepare you for the role?

AM: Well yeah. Absolutely! Having studied classically and having studied operatic divas over the years, I was ready. I had learned accents from my Italian diction teacher that I had when I was at Julliard. From that I kind of threw together this larger than life, diva character.

BT: And now you’ve been on a lengthy promotional tour chatting about the film. During this time have you learned anything new about the film that you weren’t aware of previously?

AM: Let’s see… At one point on this tour they told me how many roses were used in the filming. I’ve since forgotten the number but I think it’s in the thousands. I also learned some of the history that I hadn’t known before. My character and Stanley Tucci’s character [Madame Garderobe’s husband, Maestro Cadenza], as well as Gugu Mbatha-Raw’s character [Plumette] and Ewan McGregor’s character [Lumiere] were the first interracial couples in a Disney film. I didn’t know that.

BT: Have your kids seen the film yet? And if so, are you now the coolest Mom ever?

AM: Well yes, they saw it in New York a couple of days ago and Emma Watson was SO kind to them and spent some time with them and took pictures with them. So I think I was the world’s coolest Mom for at least 24 hours. *laughs* And then everything went back to normal of course.

BT: Are there any dolls of your character now that you can share with your newborn baby girl?

AM: No, I don’t know if they have made any. But you know a friend of mine sent me a picture the other day of a coloring book that had my character in human form in it. They were so excited. They said, “You’re in a Disney coloring book! What do you think of that?”, and I said, “That’s so cool!”.

BT: You’ve now appeared in film, on television and on stage in some of the best musicals of all time [Beauty and the Beast, The Sound of Music, Porgy and Bess, Ragtime]. What’s the dream for what you’d like to appear in next?

AM: You know, for me the dream is to continue this career and in this business that I’ve been so fortunate to be a part of for so long. I look forward to more theatre work, more concert work, and I hope to do more film and television. I really enjoy exploring all of those things and continue to work on my craft. If they make a live-action The Little Mermaid, I’d sign up to play Ursula in a second. But whatever life throws at me, I will take it.

Beauty and the Beast is now playing in theatres everywhere.