written by Charles Trapunski May 9, 2018 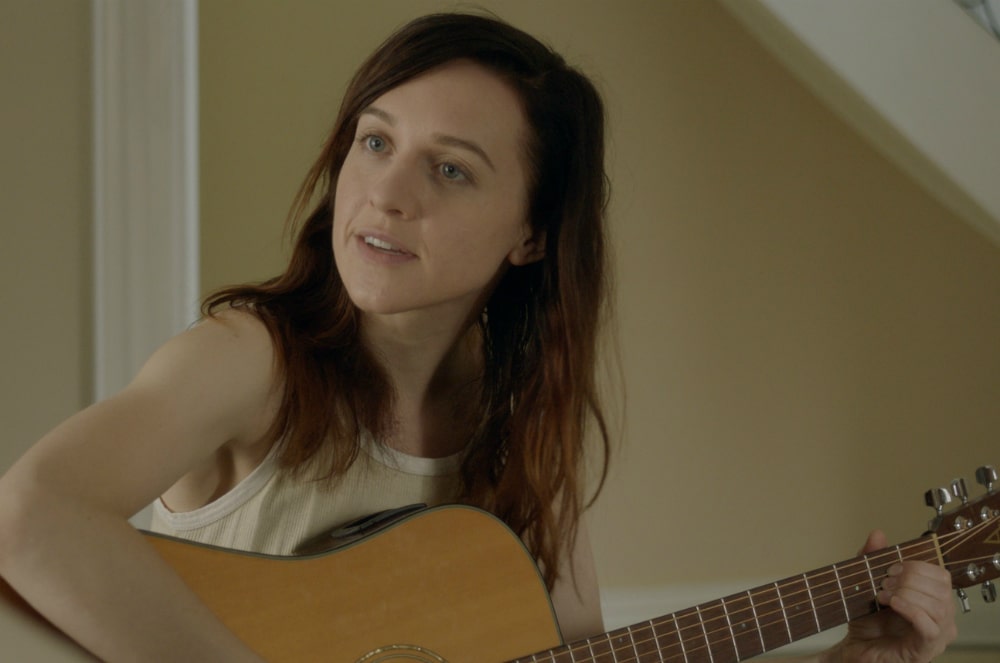 What can be said about Lena Hall other than that she’s an awesome interview? (and an awesome artist/actress to boot!) We obviously were excited to speak with the chanteuse as fans of musical theatre, but she was pretty amazing right from the first moment of our phone interview. Her movie (her first, by the way), is a tender feature that debuted at the Los Angeles Film Festival and Becks is currently available on DVD.

Here is an edited and condensed version of our conversation with the multi-talented Lena Hall.

Brief Take: How did you first find out about Becks?

Lena Hall: What happened was there is a club in New York called Subculture and the woman whose story this is based on, Alyssa Robbins, she was bartending there and I sang “A Night with Jason Robert Brown” there and she saw me perform and they were looking for people to play her, and she said “what about Lena Hall?” after she had seen me perform. So they approached me with the script and music and I sat down with them to talk about the character and talk about what I could bring to the movie and talk about the music, and we all just clicked. So that’s how it all came about. Her music was in the film, and produced by Steve Salett and I performed it. I love her music. It was so beautiful and from a different genre than I usually tend to gravitate towards, which is something that was interesting to me. Performance and singing is totally at home with me, and it was comfortable for my first film.

BT: It feels different from your typical film of this type and part of this is due to your chemistry with the other actors.

LH: Everyone felt really familiar to me upon meeting them. So my scenes with Dan Fogler, it was like we had been friends for decades when we did our scenes together, it was very easy. I think maybe it’s because he comes from a theatre background and he also won a Tony award. When you come from the same place, it’s so easy to relate to each other. They know me as a musician and as a performer, but they don’t know me as an actor. It helped because I myself was star struck by my cast. *laughs* And I was so nervous, but they all were amazing to work opposite, they helped me a lot in this whole process. By being so good, it raises me up to their level. I feel like I’m such a newbie on camera and they have been on camera for so long. It felt like they were supporting me one hundred percent. You can feel the love and warmth in the movie.

BT: Yet your character’s relationship with her mother, played by Christine Lahti, is complicated and so much of that is expressed through body language.

LH: Mmmm-hhmm. Well, for me, I grew up as a ballerina, which is basically acting through your body and telling stories through physicality. *laughs* I’m more of a physical performer, so for me, I find my character through the physicality of the character a lot and through the emotions of my character. And Christine is just like…she’s incredible and we had…the minute I was working with her and we did a little bit of a table rehearsal, she had so much insight, and so many intelligent things to say. She’s won many awards and she just knows what she’s doing. I put a lot of faith in her and everybody around me and I was happy to take notes and adjust accordingly. I think that there was just a natural kind of relationship with Christine and I where she does feel like a fierce mother to me. I can’t explain chemistry to anyone else, or to you, but when you start working with someone, there’s an immediate kind of…me, I am pretty easygoing so I’m like water, so I can go one way or another, but her to me she’s like stone or a rock. For me, whatever energy she was giving me, for me it was easy to go one way or another, which like, to move around her rock, to go around her. I move around everyone with whom I am working. I can either match their intensity or move around it in a way that’s kind of fluid, so I think that for me with Christine, because she’s such a strong rock of a person, I was the water.

BT: What about your character’s estranged brother, Michael Zegen? He’s playing such a different role here than in The Marvelous Mrs. Maisel.

LH: Yeah! *big laugh* I know, I was so proud of him. I remember when he had that audition, we were filming a scene together and we were in the car on the way back to New York from Brooklyn after filming and he was like, “I had this audition. I really like it, but I have to see it, I don’t know what to do with it”. *laughs* So I remember when he got it, I was super proud of him! And I saw it, it’s great, and it’s such a different character and honestly, again I can’t explain chemistry, but he feels like our scenes when we did them together we had tons of fun together and we were just kind of doing whatever we wanted. Everything was written and scripted and kind of impromptu stuff later when the scene was over, we were able to improv through a scene together and some of that made it on camera. There’s a guitar scene where we’re drinking whiskey in the bed and there’s a guitar. That was all improv.

BT: What about with Hayley Kiyoko? You only have a few scenes together but you have such an interesting dynamic.

LH: Hayley is such a sweet girl. She’s amazing and I love how strong she is with herself. She is fiercely out there with herself. There’s no veil of anything and she is who she is. I love that she celebrates that so intensely in her career. She is like the youngest energy on set, super sweet, she made me feel like I was in my twenties. *laughs* We had such a good time. We only filmed together for two days and she was just up for anything. She’s wild and out there and just down for anything. Any time that the director was like, “Hey, can you…?”, she was like, “Yes!”, and she just did it. It was amazing. I love watching her ease and her fierceness of character and it was fun because I kiss a lot of women in this movie, so I feel lucky that I got to make out with Hayley Kiyoko. *giggles*

BT: Your series of EPs in 2018 are each titled “Obsessed”. What are your obsessions? For what film or filmmaker are you currently obsessed?

LH: Oh, Greta Gerwig is killing it. Killing it! And I loved her in Frances Ha. To see her killing it as a director, like going from this really super indie space as an actress and as a writer, to just see her becoming like you know one of the cream of the crop female directors was awesome and it’s inspiring, too. You know, I see that and I think, “I can do anything I want that I put my mind to”. I don’t consider myself much of a writer, but in the long run I will want to expand into more spaces than I’m already doing. *laughs* And I’m already doing crazy amounts so I’ll want to expand, produce, direct, maybe stage, maybe this, but like that to me, seeing her success and seeing what she’s doing, it inspires me to no end. I know female writers who are grossly talented and I hope that they take from Greta Gerwig the cue that you can make things happen for yourself and make it happen through hard work and keeping at it. Eventually, it will come to fruition. It’s all about building your work and actually becoming an expert at what you do and that takes time. And a lot of people don’t want to put in the time to see it through to the very end. They get impatient. They think they should get all the praise and recognition immediately. But to see something like Lady Bird and what it grossed, it took a little time, but it’s happening now and is so inspiring and I can’t wait to see where her career goes.