Interview: Before I Fall’s Zoey Deutch and Ry Russo-Young 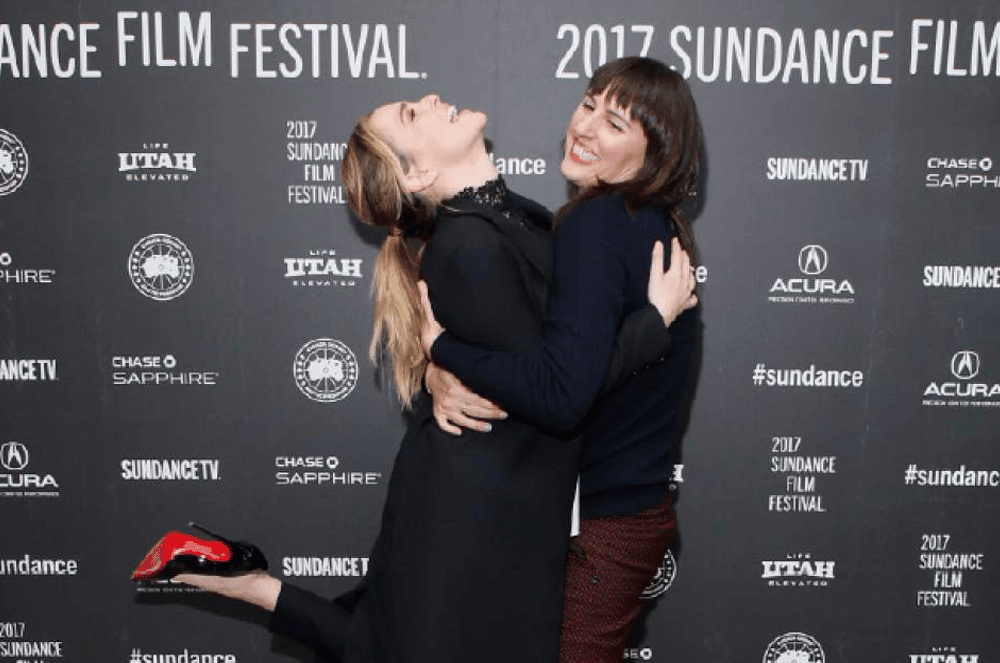 Imagine a blend of Groundhog Day and Mean Girls with a dash of Christian allegory, and you get Before I Fall. Based on the best-selling YA novel of the same name by Lauren Oliver, the film follows Samantha Kingston (played by Everybody Wants Some!!‘s Zoey Deutch) as she’s forced to relive the same “Cupid’s Day” over and over again. Directed by Sundance favourite, Ry Russo-Young (Nobody Walks), the gripping and inspirational film also stars rising talents Halston Sage, Elena Kampouris, Medalion Rahimi, Cynthy Wu and Santa Clarita Diet‘s Liv Hewson.

Following the film’s Canadian premiere at the recent TIFF Next Wave festival, we had the special opportunity to chat with Deutch and Russo-Young in an intimate setting with fellow journalist Amanda Gilmore. The following is an excerpt of that fun conversation.

What first attracted you to the film?

Ry Russo-Young: I read the script about three years ago and what I was so attracted to was that it really surprised me. I thought it would be a superficial teen movie in the first twenty pages and I wasn’t sure I was on board with who these characters were. Then I found Sam’s journey to be unexpectedly emotional and moving and profound.

Zoey Deutch: What attracted me initially was that it’s so rare for me to read a script that feels like it has the opportunity to be both extremely thought-provoking and moving, while also being immensely entertaining. Not that I had any idea or expectation that it would make it to Sundance or TIFF Next Wave or a wide release but I felt that it was so wonderful to watch a young girl go through so many variations of her own self – to explore all the contradictions and intricacies of being a young woman. I really, really thought that was important and inspiring, and a really wonderful opportunity too.

RRY: It’s also a journey that we don’t really get to see that often. It’s a very iconoclastic hero’s journey with a female protagonist, and that’s really what it is at its heart. It’s the kind of movie that I wish that I had when I was a teenager.

The film has many important messages including that you should appreciate everyone around you because you never know what they’re going through.

RRY: And that’s also part of what attracted me to the script. I think the movie works on a lot of different levels, and that goes to Zoey’s point that it’s both entertaining and emotional. You can watch the film and just purely enjoy it but then there’s also deeper levels and lessons about time, philosophy, empowerment. There’s a lot packed in there.

ZD: Weeks after seeing it, people would say, “Woah! I’m still thinking about it”. It stays with you in a very meaningful way.

RRY: And it invites people to reflect on their own lives.

ZD: Right. It really does remind people to be more cognizant of their actions.

Seeing as how the film teaches people to appreciate those around them, what do you appreciate most about each other?

RRY: I was so lucky to have Zoey.

ZD: And I feel so lucky to have Ry as my partner in all of this.

RRY: This movie is about her psychology. If she didn’t work, the movie would fall flat. You need an actress that has immense range to be able to play this and transparency in terms of the audience understanding where she’s at psychologically. Zoey is so incredible at giving that, she just gives it her all. She’s so talented but she also does the work to back it up and deliver the goods. I feel extremely lucky to have found her.

ZD: To feel that much trust and that much mutual respect and collaboration in a director is such a gift. The way I feel about Ry is such a sisterly connection, such a love. And I feel that love when I watch the movie because you really feel how much we respect each other as artists. For me, the greatest gift of making this movie was the relationship Ry and I had. I’m endlessly grateful to the world for bringing Ry into my life.

On the one hand the film is about death but it’s also a grand celebration of life. Who or what in your lives do you celebrate?

RRY: Well I just had a kid so I celebrate him every day.

ZD: My two best friends are my Mom and my sister but I also celebrate all women and the Moms in the world. I’ve been thinking a lot about my Mom raising me and the people that tell me, “I remember when your Mom was doing a live taping of her sitcom and literally right before she went on stage she was breastfeeding you.” That, to me, is so inspiring and I’ve really been trying to recognize and say thank you to the moms in my life like Ry or my publicist who came to Sundance with me at nine months pregnant. I really celebrate brave, strong, powerful women and I really want to celebrate men that support strong, brave, powerful working women. My Dad, for example, is amazing. He’s so supportive of me and my work and my Mom and her work.

RRY: Sheryl Sandberg says, “Make sure your partner is really a partner”, and that’s so true. None of us can do this alone and we shouldn’t have to. It’s really important to have men in your life that are supportive, and they do exist!

Before I Fall is in theaters everywhere on March 3rd.