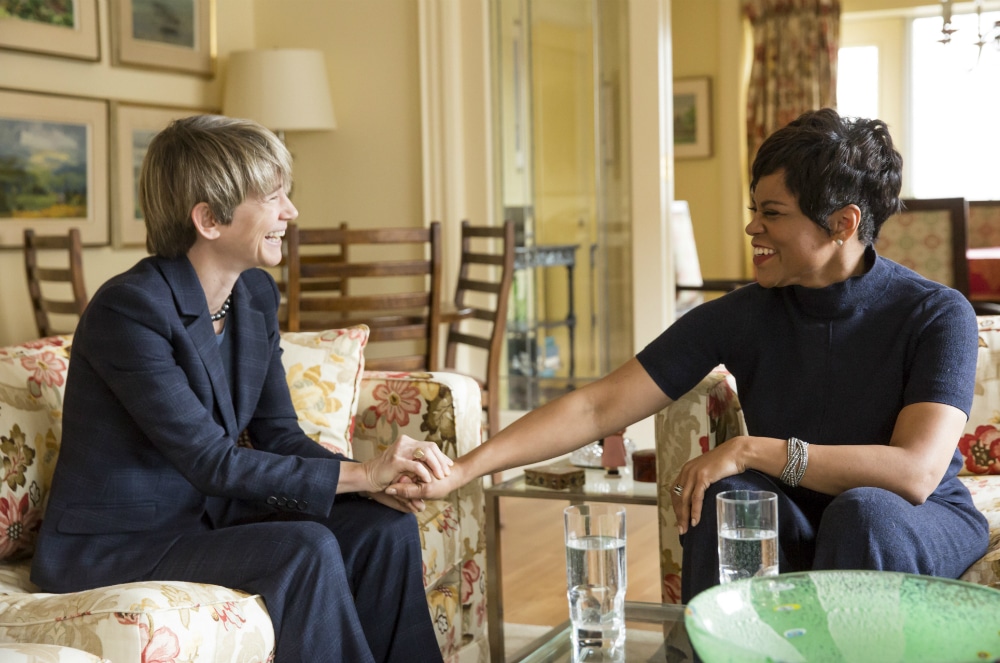 It was a joy speaking to CTV newscaster Marci Ien, who has made a comfortable home on CTV’s The Social and will be hosting a one hour special set to air Wednesday, January 31st at 7pm focusing on mental health issues across Canada for Bell Let’s Talk Day. The special, entitled In Their Own Words: A Bell Let’s Talk Day Special, is tied to the vital initiative and is a must-see for all Canadians. She speaks to Beth Beattie of Toronto about the stigma of bipolar disorder, but also to Lesley and Matt Kelly of Regina about the toll depression takes on farmers, and Tyler Simmons of North Preston, Nova Scotia about how he became a shorts filmmaker and motivational speaker to combat severe depression and anxiety. It’s all very gripping material.

We spoke to the very amiable Marci Ien in person at the Bell Media offices at her well-appointed desk. Here is a condensed and edited version of our conversation.

Brief Take: What should we expect to experience in the special?

BT: Why does the stigma surrounding mental illness still remain?

MI: Because at times it starts with the people closest to us. Families and those that love us the most sometimes don’t understand. This is the kind of attitude that will be shared in the special.

BT: How did you get people, who perhaps have felt silenced for far too long, to open up to you?

MI: I’ve been a reporter for 25 years now. Yet it’s hard, even when you sit across from someone for so long, to get them to open up. It’s quite different in another space, be it an office, on the streets reporting a story, compared to in the living rooms and kitchens and private places, where people live and work. The connectivity and warmth happened quite quickly. They were able to share a whole lot.

BT: What is the best way for people to contribute on Bell Let’s Talk day?

MI: Any way they can. There are some people who are absolutely comfortable with social media and engaged and do it that way, and for some it will be a phone call, and for some it may be watching our programming, maybe watching our special, and seeing themselves. Maybe Jason’s parents, who didn’t quite understand what their son was going through, or I think of Paulette, Paulette Walker, who was on the streets of Toronto for twenty years, somebody maybe identifying with that story. It might be picking up a newspaper and engaging that way. Most of all, it’s about empathy. It’s about seeing these stories and understanding that mental illness affects one of five people in this country, which means your neighbours, somebody you’re sitting next to on the subway or the streetcar, or someone with whom we’re walking down the street, someone with whom you’re working or in your own family could be suffering. And it’s understanding that, talking about it and listening and reaching out to help, or guiding someone to help is of utmost importance.

BT: Will you be doing a special related segment on The Social?

MI: I was away from the show, and I explained that I was on assignment for a few weeks. So tomorrow, I will have a segment about what to expect and why they should tune in and why they should get in touch with those who matter. This is why people should rally around an initiative that’s been going on for eight years now, Bell Let’s Talk, and having these conversations because talking, people talk about stigma all the time, but talking, getting that truth out there, opening up, it helps. Walls break, walls crumble when people talk and share and are truthful. So we will be talking on The Social, absolutely.

In Their Own Words: A Let’s Talk Day Special airs on Wednesday January 31st at 7pm ET/MT on CTV and CTV Two