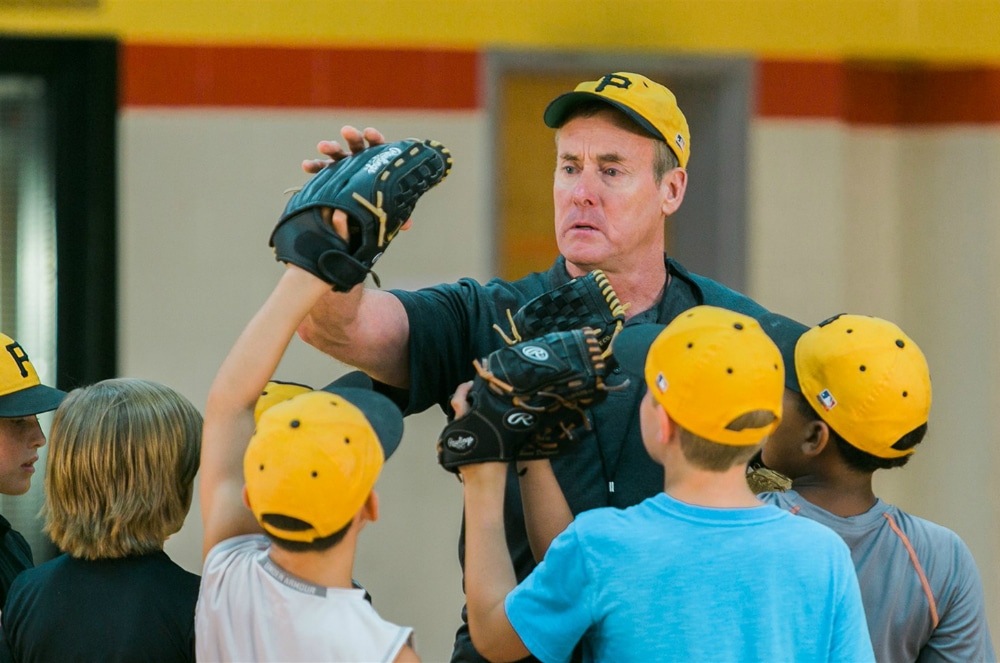 John C. McGinley is the definition of a professional. He took an interviewer who was admittedly not on his best day, and made him feel better. It is very evident that in site of playing all types of creeps and lowlifes (and yes, a few redeemable people as well), that McGinley is a true mensch. His new film Benched, available in select cinemas and on VOD from Gravitas Ventures, sees writer Richard Dresser adapt a play of his and yet the combination of McGinley and Garrett Dillahunt as two Little League coaches is a winner.

The following is a condensed and edited version of our phone interview with John C. McGinley.

Brief Take: Had you ever been in a sports movie in this way?

John C. McGinley: Not like this. I did Any Given Sunday with Al (Pacino) and Oliver (Stone), and I did Summer Catch with my friend Freddie Prinze, and I did 42, the Jackie Robinson story, but Benched is a whole different animal. It’s about men and relationships, and the way we position and manipulate each other, and how men deal with fear and inadequacy, and set against little league baseball. So in some respects it felt like there were a lot of sensibilities from Glengarry Glen Ross, but I just thought that the landscape of the script is so rich and able to be mined and reconstructed together and could weather all that micro-managing and excavating, and that’s kind of the fun stuff for me.

BT: Would you cheat to win at all costs or would you rather lose with dignity?

JCM: No, I am the father of a 21-year-old young man born with Down Syndrome. All I do between gigs is advocate for those who can’t advocate for themselves. So in our community, whether it’s the Special Olympics or the Global Down Syndrome Foundation, we’re really about inclusion and elevating our athletes and the people in our population. As John McGinley, as a young athlete and super competitive guy, I get the character I have to play, but a lot of that’s acting. [laughs]

BT: Despite it being adapted from a play, Benched really does not feel like a stage production.

JCM: When you have two people on stage for the run of the play, it’s called a two-hander. So this was a two-hander between whoever played Garrett’s part and my part on stage. They created all this offstage life. When Richard opened it up, I think he really relished the fact that he could bring in these offstage conflicts, whether it’s wives and lovers, and best friends who are treacherous, and I thought it made a world of difference to open it up like that. I agree, it doesn’t feel like a play, it feels like a big motion picture. 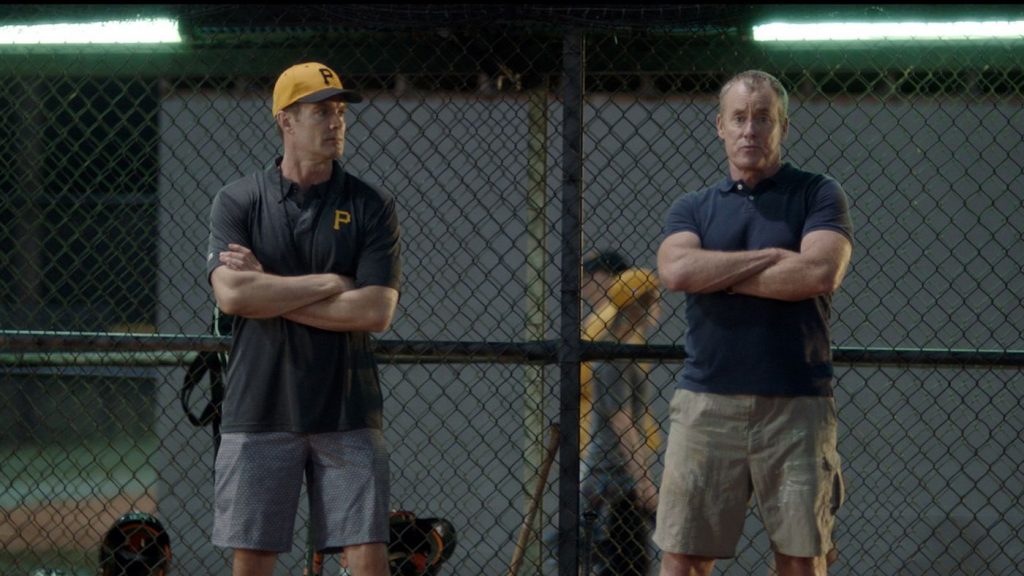 BT: You and Garret Dillahunt have such incredible chemistry in this movie.

JCM: I just think Garret is the cat’s meow. A phenomenal actor, a really great guy, and someone who I’ve wanted to “get with” for a long time. Even though we have conflict in the movie, the camera can see what the conflict is because the camera is like an x-ray. It’s not a disrespect or a lack of love, it’s altered sensibilities, which these two characters definitely have. I had this conversation with Al Pacino in his trailer one time while we were doing Any Given Sunday. Al said that the camera can see through everything, and unless you take the time to just make relationships, even with strangers, and when you get on the film set you’re mostly strangers, even though you’ve seen them in movies before and all that, you don’t know that person. So if you can spend some time with that person and create some links and build some bridges, the camera can see all that stuff. And Garret is just someone who I love and respect. Deeply.

BT: What have you learned from being a producer as well as star on Stan Against Evil?

JCM: Well I’ve produced five movies, so when I said I’d do Stan Against Evil but I had to be one of the producers, what I wanted to happen and what has happened is I wanted to be able to shepherd the tone of the piece. Because Stan lives right in the middle of the horror-comedy, in one extreme of the comedy spectrum would be Scooby-Doo, where the monsters are largely defanged, and you can land as many jokes as you want. And then the other extreme in that spectrum would be The Exorcist, where it’s really scary, but you damn sure aren’t going to land a joke. Stan lives somewhere in the middle there, where you’ve gotta make sure the monsters are still scary, so that the jokes aren’t at their expense, but you still can land a joke but have scary monsters so that we’re playing for real stakes. That’s largely what I’ve tried to really protect as we’ve progressed along to season 3. We’re editing right now and we’re up to episode 7 in season 3. The creator of the show, Dana Gould, and I have been really meticulous about the tone of Stan, and having just had a gigantic Comic-Con down in San Diego, a lot of people are very excited about the way we are executing it. So it feels good. 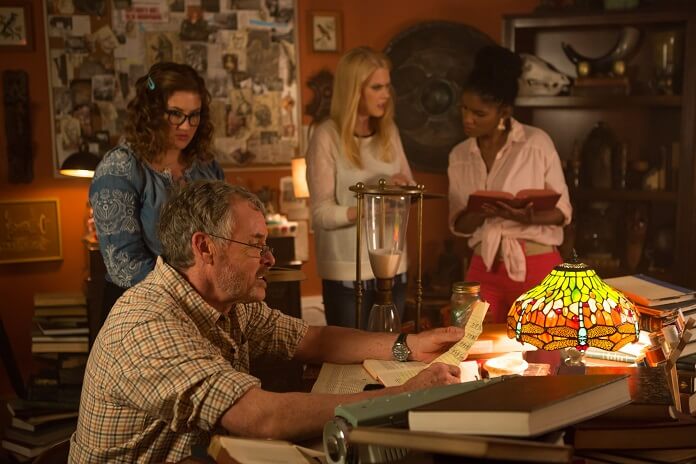 BT: We spoke to Judy Reyes recently about how a new generation is now watching Scrubs.

JCM: I absolutely love Judy! [laughs] We lived together for eight years doing the show. At work, doing fifteen hours a day with your cast mates, you certainly see them more than you see your family. That ensemble was just watertight, just between Zach (Braff) and Donald (Faison) and Neal (Flynn) and Kenny (Jenkins) and Sarah (Chalke), but it’s not like any other group I have ever been with. We were together for 9 years! It’s incredible.

BT: Do you see any parallels between Scrubs and Benched in your role as mentor?

JCM: Nah, I see them all differently. Look, the fact of the matter is they’re all John McGinley, so you’re going get some similar flavours, that’s just the way it goes. Everybody talks about De Niro getting lost in a character and all that, but it’s always Bob! I mean you’re going to see him even when he gets lost in Raging Bull, the same guy who’s opposite Ben Stiller, that’s Bob, that’s who it is. 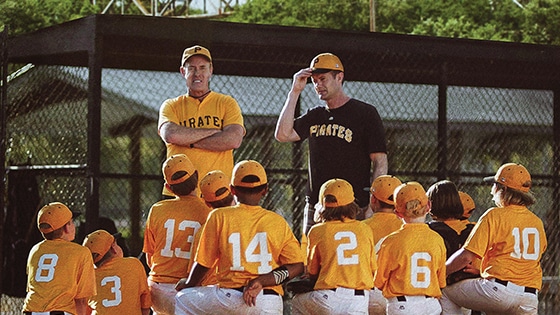 BT: Can you talk a little about Spread the Word to End the Word?

JCM: In the Boise Winter Games, almost ten years ago now, there’s a component to every youth game, it’s a world leadership conference. In Boise, we had about 180 athletes, just in this youth leadership conference, putting on the table the concerns and policies they’d like to see us,  the Special Olympics, tackle. One issue was the use of the word retard and retarded, which we called The R Word. So the athletes came up with this campaign, and we shaped it a little bit for them, called Spread the Word to End the Word campaign, and all it espouses to do is invite people to use different language than the words retard and retarded. All these words do is perpetuate a negative stigma about a population who has never done anything to anybody. And it becomes really lazy in the common nomenclature right now for people to use these words because there’s no penalty or consequence for it, it just seems to continue. We’re asking people to sprinkle a little compassion or love into their language and maybe take an extra step to not put down a group that hasn’t done anything to you.