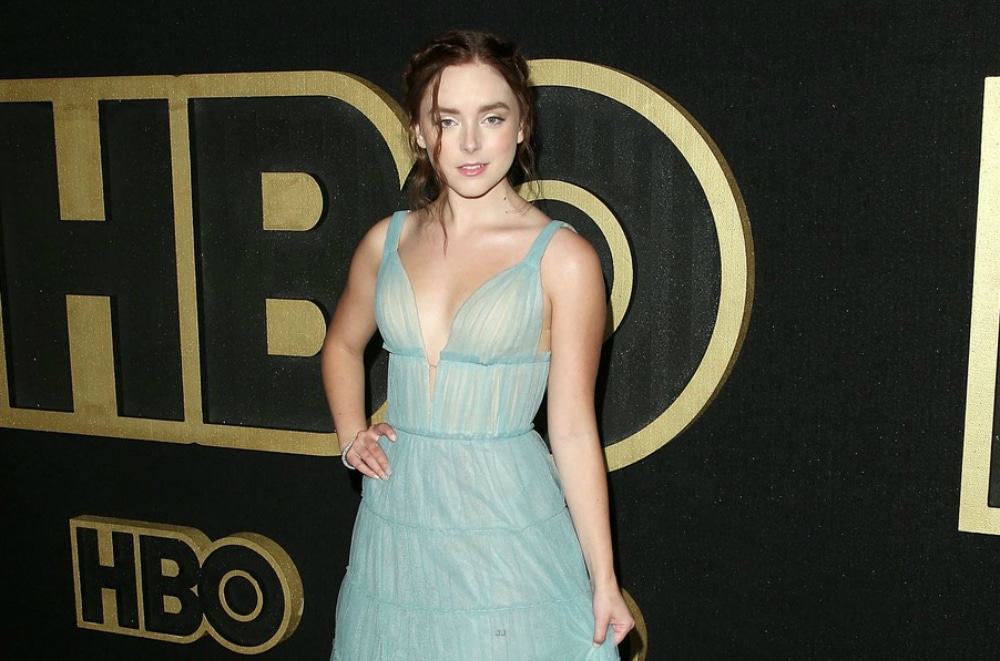 Season five of Black Mirror is now streaming on Netflix, and the most buzzed about episode is perhaps Rachel, Jack and Ashley Too starring Miley Cyrus, Angourie Rice, and the standout of the episode, Madison Davenport as Jack. While Davenport has received a lot of attention for the Cape Town-shot episode of the sci-fi series, another career highlight was her role in the Jean-Marc Vallée-directed season one of Sharp Objects, playing Ashley, the enigmatic girlfriend of the accused murderer.

We spoke on the phone with Madison Davenport from the set of her upcoming Wilmington, North Carolina-shot Hulu series Reprisal, and the performer could not have been more gracious in sharing some career milestones for Brief Take, (while also remaining extremely relatable and down-to-earth).

The following is a condensed and edited version of our talk with the chipper Madison Davenport.

BT: Let’s talk about Black Mirror. Did you get to bring an Ashley Too doll home with you after filming?

MD: No way, are you kidding?! Those things were kept under lock and key. I almost swiped the Goggins Extermination hat, I’m so bummed, but I’m such a rule follower, I don’t want to get in trouble ever.

BT: Angourie Rice, who plays your sister in this episode, has great rapport with you. You seem like actual sisters.

MD: I think that it happens sometimes that you walk on set, and you don’t know what you’re getting into, and things work out. I meet Angourie and she’s the most beautiful soul and so talented and she’s so incisive, man. But I feel very fortunate that they did pick us to be sisters, because it worked out that we are both musically inclined and we’re very passionate about what we do. Also, she’s very good at charades. We played this game called Heads Up!, which is like a Charades app. And by the end of the shoot, everybody on set had it downloaded on their phone and we would all be like: “Hurry up, quick, a game of Heads Up! lets do it!” And so Angourie and I were like: “This is why we’re such great sisters. She barely has to do anything, and we’re good at Charades.” [laughs]

BT: Tell me about working with Miley Cyrus.

MD: I want to give some cred to Miley, who steps back into her acting shoes for this role. I don’t think that they could have picked a better person to play this character, because I mean it’s not dissimilar to her story of breaking free and becoming her own artist after Disney, you know? And I think that she did a great job, and she was probably going through one of the hardest times of her life, when her house in Malibu burnt down while we were filming. She was able to do it and get her shit done and give a really amazing performance. So let’s all stand up and give a round of applause to Ms. Miley Cyrus!

BT: I think it’s time to tour as your new band.

BT: What do you enjoy watching and how do you watch?

MD: I really do like binge watching, probably not healthy, but that’s the name of the game in acting. When you’re not working, you have a lot of downtime and when you are working, you really don’t. So binge watching has definitely come in handy on days when I don’t want to walk around a new city and I kind of want to a sloth, I will definitely binge watch. I have my go-to shows, which is kind of like a comfort blanket, so I watch Friends, Parks and Rec, Arrested Development, It’s Always Sunny in Philadelphia and The Office, of course. And Game of Thrones, I just did a marathon with my brother. He was doing that whole thing in which he was “Oh, no, it’s too mainstream, I’m not going to watch it”, and I was like, “No. Gage. You have to watch it”. And finally, I made him sit down and watch it, and he was like “Holy shit!” and I was like “Yeah, now you get it!” It’s crack. It’s crack on demand! 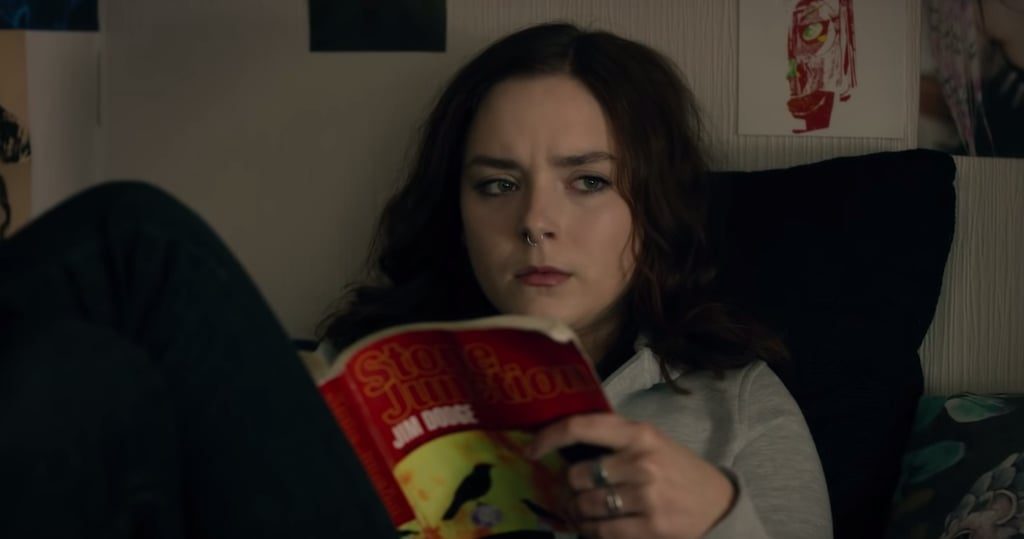 BT: Who is somebody with whom you worked that you would want to work again?

MD: When I was around Amy Adams, I completely forgot how to speak around her because she’s a goddess. And she’s so talented and so powerful and not a method actor, really. In between takes, she would still be in it, but she was so nice and I was like “Oh my God, Amy Adams is talking to me right now!” and I was like “yeah, because I’m the only person in the room. Talk, Maddie! Be a normal human!”. [laughs] She’s a hard worker, and again, that shows by her again, she’s someone with a very, very, very long career and I think that she will continue to work because she’s amazing as an actress. She doesn’t compromise who she is as a person, like she is an amazing person too. Are you kidding?! If there was someone that I idolized, it would be Amy Adams. She’s beautiful on the inside and out, and she’s massively talented and she deserves all the awards.

BT: What playlist or song reminds you of Sharp Objects?

MD: For Ashley, I really didn’t listen to a lot of my kind of music. I listened to more top 40, because I feel like that’s kind of who Ashley was. She was very much like country music, top 40 music, a little bit of Taylor Swift, little bit of Carrie Underwood, whereas I feel like what encapsulates the entire show is Led Zeppelin and ‘Tumbling Lights’ by The Acid – you heard that song for every promo, it kind of sounded like tinkling bells. If you don’t know the song ‘Tumbling Lights’, I definitely recommend hitting that up because that’s my kind of music, man.

BT: The cheerleaders in Sharp Objects were really cruel. How did you tap into that?

MD: I grew up in the South, I’m from Texas. Which is a different kind of South, you know, I’m not talkin’ like Georgia, Louisiana or Missouri, for that matter. But I definitely grew up around Southern passive-aggression, which is a real thing and it is an art that Southern women perfect. You walk away from a conversation, in which nothing really mean was said, but you feel like you got attacked, verbally, because you look back and are like “Oh my God, she was probably putting me down in the nicest way possible”. Like [with a pronounced Southern accent] with a smile on her face. When I learned about this character, I cracked my knuckles and I was like “now this is a character to which I can do some justice”. I really like playing a character that is nothing like me. Just the other day, I read a comment over Twitter that said: “Huh, I really hated Madison in Sharp Objects but I really liked her on Black Mirror, I guess that personality really does change everything”. And I’m like: “Yeah, you weren’t supposed to like Ashley Wheeler!”, and I was like “Thank you, I’m glad that you didn’t like me in Sharp Objects, because [sing-songy] that’s what I wanted.” That is the sign of a good actor, to be unafraid of being disliked. You have to find the justifications for those characters because you can’t hate your own character. Nobody walks around in this world thinking they’re the villain. They justify why they do things, and people like Ashley, she’s not going to think things like: “Oh my God, I’m such a bitch, but I’m going to keep being a bitch”. She would be more like: “I want to get out of this Podunk town and I want to get my name on the news, okay?” [singsongy] Opportunities! 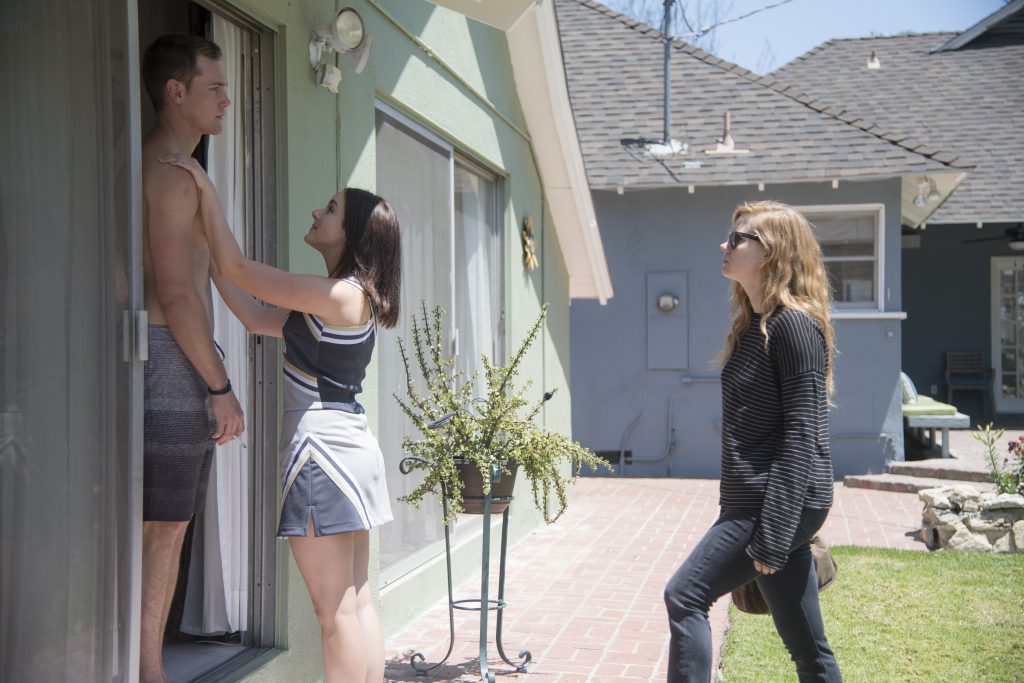 BT: Tell me about filming your Hulu series Reprisal.

MD: What is amazing about this show is that our creator and showrunner, Josh Corbin, he communicates through music as well. So I just wait until I have a visceral reaction, and I’m like: “Oh, Josh must hear this song.” I do have a playlist for Meredith, that’s my character’s name. It has some very burlesque-inspired songs, but it also has some nostalgic pieces as well. My playlist is called Meredith and it has the cigarette emoji and the kiss emoji.

BT: And you are currently filming the show, is that right?

MD: I’m right now actually in Wilmington and I’m doing the prep work. I actually posted something the other day with curlers in my hair because that’s Meredith for ya!

MD: My Mom and I were sitting in our seats and then all of a sudden we hear Abigail’s voice saying [shouts a little bit] “Maddy!” and we turned around and she’s right there and we are on the same flight. We all travelled together and it was so much fun. She’s a genuinely nice person and she’s beautiful and talented and she’s going to, pardon my French, but she’s going to kill this character. It’s going to be amazing.

BT: What’s something you want to see from the industry moving forward?

MD: I think that a trend that we’re seeing more of these days is female-led projects. There’s been a lot of backlash about calling women Mary Sues, like she can pick up a weapon and suddenly be a savant, but years and years of men being able to pick up a sword and suddenly be a savant, it’s kind of nice to go into the movie theatre and see something like Wonder Woman, or even turn on HBO and see these very powerful females doing these amazing shows that aren’t just like “Oh, she’s a wife and a mother and she’s perfect”, like that’s the strong female lead, like “No, these are flawed characters and I love that”, and I hope to see more and more and more female-led, female-directed…our director for Black Mirror, her name is Anne [Sewitsky] and she was fantastic. I hope to work more with female directors and have strong female leads. We’ve got Abigail Spencer! I hope to continue to be a part of these amazing female-driven scripts and projects and I want to see more of it. If I have a little girl, I want to be able to take her to the movie theatre and have female superheroes, or to have true equality, an equal number of female-driven and male-driven projects. 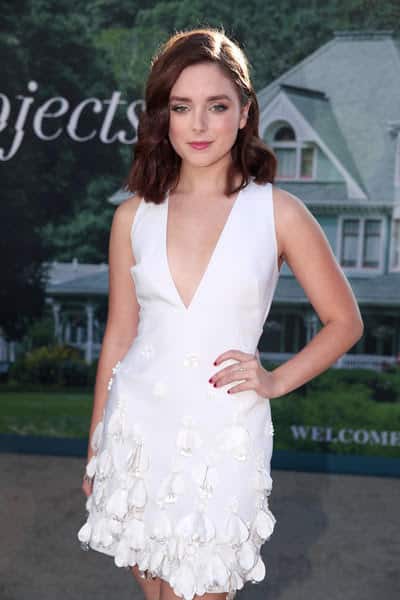