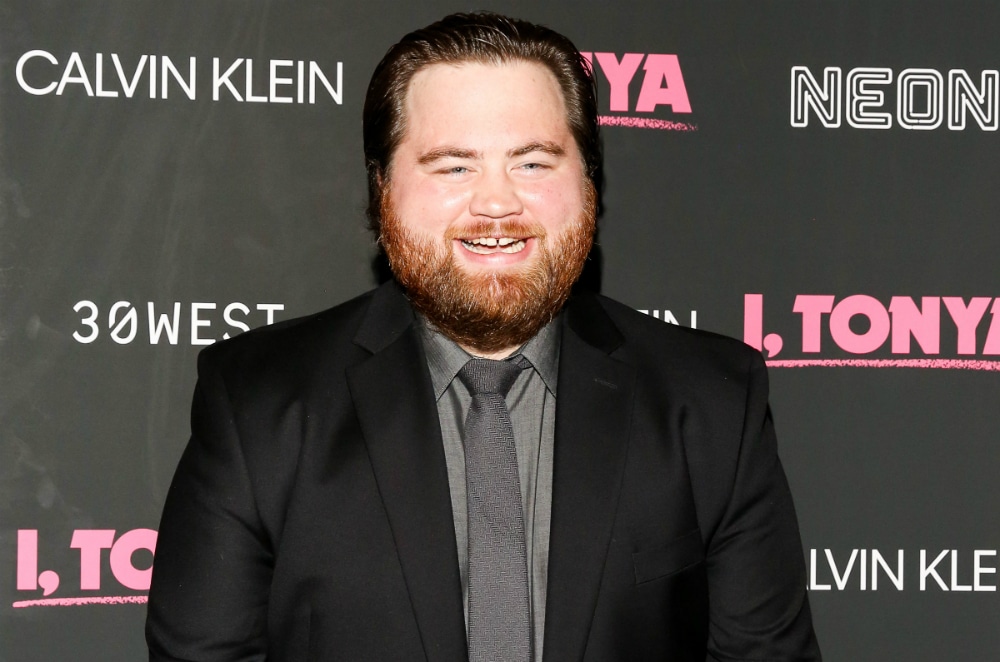 Paul Walter Hauser has supported Brief Take for a long time, so getting a chance to finally sit down and talk with the funnyman was long overdue. Of course he did not disappoint, as we went over a range of subjects and roles before getting to the heart of the real Paul Walter Hauser. He’s a really funny dude and a really strong actor to boot. (Watch footage of the real Shawn Eckardt and compare it to his performance in I, Tonya for proof).  His new film is BlacKkKlansman, and he manages to do the impossible – make a member of the Ku Klux Klan into a kind of sympathetic figure.

The following is a condensed and edited version of our conversation with the one of a kind Paul Walter Hauser.

Brief Take: How do you feel playing all these scumbags?

Paul Walter Hauser: Aw, man. [long laugh] I just became buddies with Clifton Collins Jr., legitimately one of my favourite actors before I knew the guy, and it’s funny that I’ve gotten to know a couple of these people who play scumbags and they’re really good people. I think that in each and every one of us, from yourself to myself to everyone we know, everyone has the potential to be mean-spirited and selfish, all the traits are born in us, we’re all fallible and sinful, so it’s really just finding the motivation within each character. In BlacKkKlansman, my character doesn’t look to everyone with equanimity and he doesn’t love his neighbour as himself. He’s racist because he’s born into it and he’s uneducated. He doesn’t know anything outside of his Mom’s beer can chicken and his Auntie’s potato salad and his NASCAR and wrestling. So I like to think that I’m a nice guy, but I love playing scumbags and idiots because I think that we all understand them, and we just have to find the way in order to be able to play them.

BT: Well I thought you were brilliant in the film and I think Topher Grace as David Duke deserves awards recognition.

PWH: Yeah I think Topher, as well as other cast members, deserve awards for their performances. I especially thought that my buddy Ryan Eggold was a quiet scene stealer. I think truth is stranger and more disturbing than fiction, and the truth is you could be enjoying a beer at a sports bar, a pub or a tavern, and you could be rooting for the same sports team as the guy or gal next to you, and they could be racist as all get-out. Evil hides in plain sight quite a bit. In this case, loud ignorance hides in plain sight. I think Spike Lee knew that coming in, and he really wanted to cast guys like myself and Jasper Pääkkönen, Ryan Eggold and Topher Grace who look very grounded and sweet, but of course if you’re around for more than 90 seconds, you know who they truly are. I looked at it like this is their version of playing fantasy football. These guys get together, they have one commonality which kind of binds us, and everything else is whatever. So when Adam Driver comes in, it’s like “hey, here’s a seemingly more well put-together version of our favourite football player”. My character Ivanhoe really likes Ron Stallworth, and really wants to be friends with him and looks up to him a little bit. 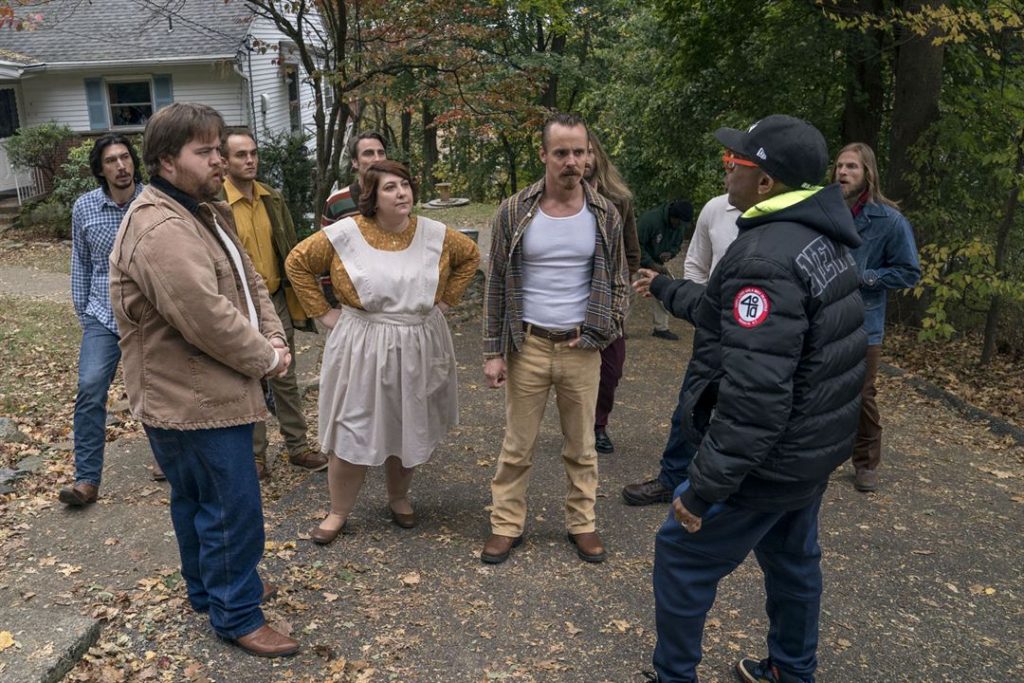 BT: You’re such a likeable guy and you seem to establish close friendships on each film that you do.

PWH: On every project I’ve ever done I’ve walked away with a lifelong friend. On Virginia, I walked away with a lifelong brother in this Aussie actor Harrison Gilbertson, and when I did Kingdom it was Matt Lauria, on Betas on Amazon it was Charlie Saxton. Right now I’m filming a movie with Tony Hale, from Arrested Development, and we’re hitting it off like brothers! So I’m very lucky that I’ve worked with a lot of great people, but I’m also pretty gregarious, I’m pretty chatty, so I love getting a circle of people in which we could support each other and have each other’s backs throughout this career, because it is a tough career to do alone.

BT: Let’s talk about I, Tonya because your performance in that film deserves all the accolades in the world. The premiere at TIFF was the first time you watched the film, right? Could you describe that night?

PWH: It was very surreal. Usually in projects I am working on, I usually buddy up with producers or cast members and watch the project before it airs or premieres. But this was going in blind, and I’m glad it was that way. I didn’t know how many people would be there! I think that at the Princess of Wales theatre at TIFF there were well over 1,500 people there, and it was wild! There were people from other continents that came to cheer on Sebastian Stan and Margot Robbie. Some of them knew me from Kingdom and I was just so overwhelmed and overjoyed to be at the festival at all, let alone to have that reception and get those reviews. 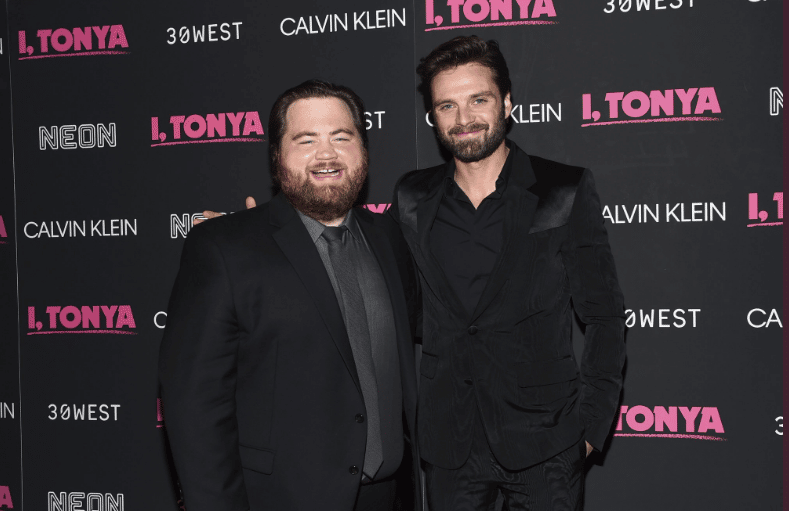 BT: That moment must have meant so much for you.

PWH: Yeah, that was like an episode of Entourage for me! I haven’t had too many moments like that, where people are screaming. I remember walking around downtown Toronto afterwards at 2, 3 in the morning, by myself, just listening to music on my ear buds and just crying, because I was so grateful. I was happy with my performance and I loved the movie, and it was the finality to all the hard work we had put in. I was at TIFF in 2010 with a film with Jennifer Connelly called Virginia, and it was my first film ever. I loved being TIFF and I loved that cast and crew, but that kind of bleak reception was really a bummer to see people not embrace it. So to be back seven years later and have the opposite happen in which people really embrace it, it was really nice to be a part of that experience.

BT: Did you play your role in I, Tonya as a drama or a comedy?

PWH: I’m the kind of person that the people I really admire from an acting standpoint are usually the people that handle drama and comedy with the same measure of sincerity and severity. So people like Catherine O’Hara in Waiting for Guffman, Steve Carell in damned near everything he does, John Goodman in The Big Lebowski, I was thinking of it that way. I wasn’t trying to be super funny, I was just believing everything I was saying, and I thought that if I believe it, other people would believe it, and then you kind of just live in that character. So I didn’t approach it from a genre standpoint so much as an honesty standpoint. So it was really cool that everyone knew what the hell they were doing with this film, which is ironic, because it could have been an easy movie to screw up. 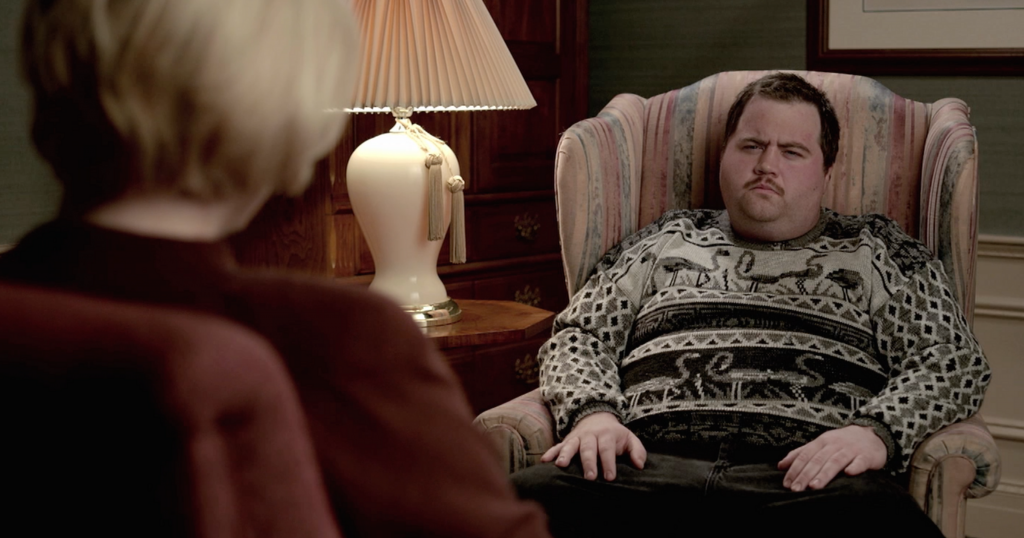 BT: What was it like to do it again at the ESPY Awards?

PWH: Oh my goodness. [laughs] I don’t really watch sports, outside of WWE which is really only a quasi-sport. I love Aaron Rodgers and the Green Bay Packers are definitely my favourite NFL team, so it was really surreal to work with him and Danica (Patrick). They were both very gracious and funny and very committed to what they were doing. As far as playing Shawn again, it was tough! [laughs] I had to rewatch my performance in I, Tonya and think about getting back into that delusional headspace again and not make it too much like an SNL sketch. A lot of it was breathing and layering insecurity with confidence. Sort of the way children would mimic adults to look like they’re more mature. I did these karate hands, in which my fingers would be straight, like a karate chop, and I tried to make these points like I’m a politician at a podium, even though I’m talking about stupid stuff. Hopefully all of those character flourishes and choices added up to a fully believable character.

If you enjoyed "I, Tonya," you'll love "Me, Danica" featuring @danicapatrick and @AaronRodgers12. pic.twitter.com/lVkKjbCWep

PWH: I’m doing a movie called Beats on Netflix and that stars Anthony Anderson and Uzo Aduba. That was similar to BlacKkKlansman in that I took a lot of big swings. I did a movie called Late Night with Mindy Kaling and Emma Thompson, and the cast in that movie is absolutely amazing! It is maybe the best overall cast with whom I have ever worked. I did another episode of Unbreakable Kimmy Schmidt and I share a scene with a couple of heavy hitters, and that comes out early next year. I’m twenty pages into writing a feature for Brian d’Arcy James that I want to film in Saginaw, Michigan, and that’ll be a Christmas movie. Lots of great things coming up!