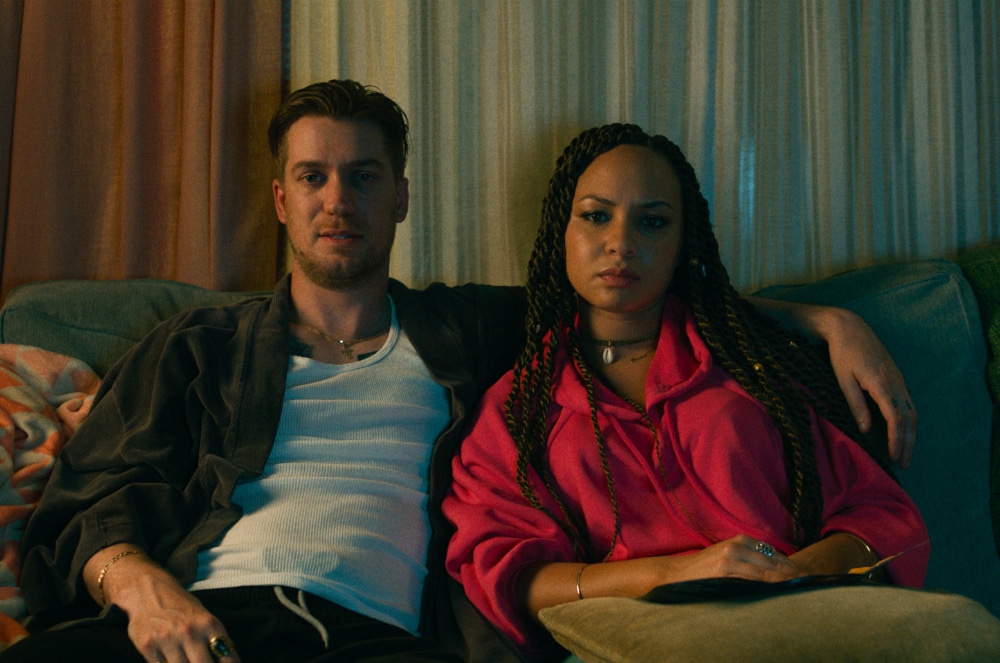 Triple threat Jasmine Cephas Jones is a favourite of ours as well as a fan favourite, so the opportunity to speak with this standout actress and singer was one for which we were happy to jump. Cephas Jones surprised us in how lively she was (even for 10 a.m.), from the phone in her Brooklyn home.

She is a true force in the film Blindspotting, playing Ashley, a wife and mother in a role that we have not seen Jasmine Cephas Jones play before, though she brings so much to the experience of the film. She can also be seen in Monsters and Men (which screened at Sundance and on opening night at TIFF) and has an album coming out very soon, her first.

Here is an condensed and edited version of our interview with the sublime Jasmine Cephas Jones.

Brief Take: In Mistress America, Hamilton (where you played two very different roles in each performance) and Blindspotting, you encapsulate such different characters but each time you bring such depth and vivaciousness to each one. What draws you to the projects that you choose?

Jasmine Cephas Jones: I’m really into transformative roles and those are the roles that get me really excited. I’m also really interested in projects with a message. Monsters and Men and Blindspotting are both projects that are really going into deep messages. I’m so happy and proud to be a part of both projects.

BT: I saw Blindspotting last night and the audience was SO invested in it. People were laughing, gasping, biting their nails, crying, and then in the end, people clapped for a very long time. Keep in mind this was a regular advance screening, not a festival screening, so it’s almost unheard of to have an audience react like that.

JCJ: I’ve been hearing that! Just in regular movie theatres, people are clapping, and I heard in one theatre there was even a standing ovation.

BT: What was your reaction when you first read the script?

JCJ: So when I first found out about the script, they asked me to do a table read and I read all of the female roles. There were just a few of us and they just wanted to hear it read out loud for the first time. I don’t even live in L.A., I was just there visiting, and it just landed in my lap. I was lost for words after I read the script because I could see it all in front of me as I read it. It immediately came to life. There were some changes since then – the ending is different and there were other scenes, the character of Val wasn’t as put together yet – but what stood out for me was the messages and also the heightened verse in the dream sequence, that was a different type of storytelling that wasn’t a cliché and wasn’t cheesy. Knowing Daveed (Diggs) and knowing Rafa (Casal), because I’m very good friends with them, knowing how good they are at writing lines – they’re amazing rappers and they’re amazing poets. I was like, “this is going to work!”. Sometimes you read a script or you see it on screen and you’re like, “this doesn’t work”. [laughs] But in this case, it really does and it’s another way of getting the message across and saying something. It’s so different and channels another part of your brain. So after I read it, I said, “wow! you guys did that and it worked”. 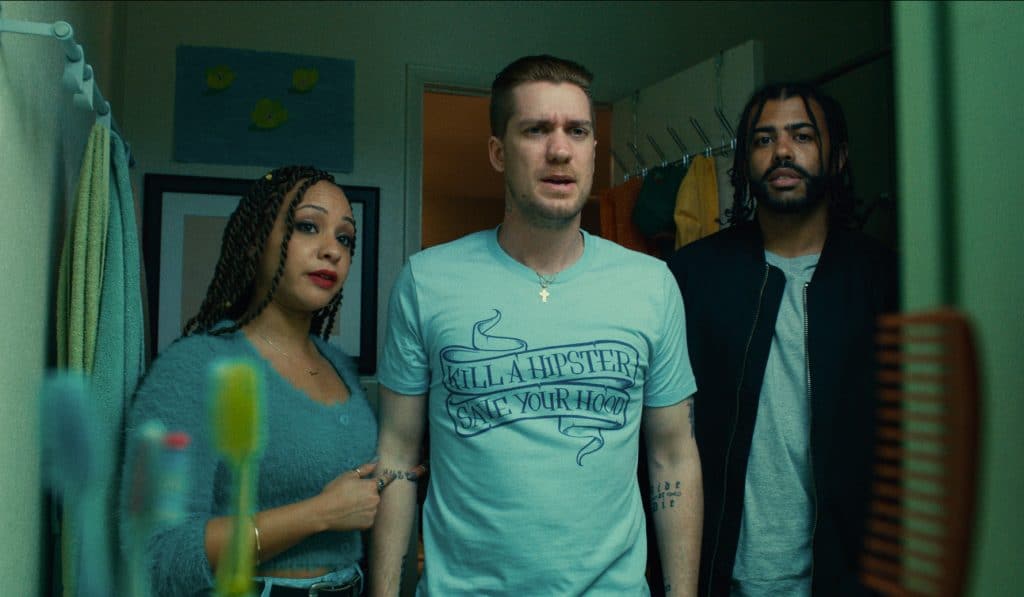 BT: What sort of audience reactions have you received to the film and to your gripping performance now that the film has been playing theatrically in the States for a week now?

JCJ: Oh they’ve been blown away. I’ve been getting texts all the time! I’m just so happy that everybody is getting out there and seeing this little indie film that is making waves. It doesn’t have any crazy famous star that’s a box office draw, you know what I mean? It’s just really good artists getting together and being honest and putting our hearts out there. People have been receiving it really well and I think people get it and understand it. I think it’s a breath of fresh air, honestly. There are so many movies out there where it’s all action and things blowing up. There’s nothing wrong with that, you know? But it’s just a nice sense of reality and something that we need right now – we need these messages. We need to open our mind and we need a little bit of a change, you know? There are some amazing movies out there this year and I think this year people are saying “okay, that’s enough”. [laughs] People are drawn to real art and people want to feel and walk away with a conversation. We’ve got to start conversations and we’ve got to talk about things. I think the movie is buzzing in people and really affecting people.

BT: They say never work with animals and children, but you were fantastic in Dog Days and your on-screen child in Blindspotting, played by Ziggy Baitinger, gave such a naturalistic performance in the film.

JCJ: Let me tell you about Ziggy – he’s such an angel! He’s a beautiful little human being. [laughs] His parents were awesome and his siblings were great too. I mean that whole family is a really beautiful family. Ziggy was such a sweetheart and was so great to work with. He was so natural! He really did a great job and I feel super, super proud to know him. 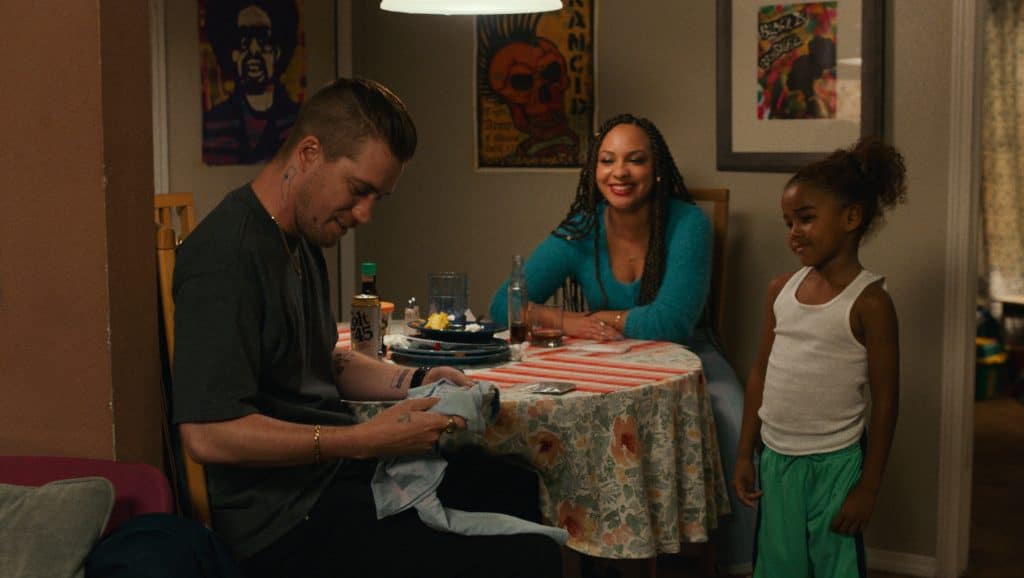 BT: Your (on and off) Broadway cast-mates from Hamilton seem like such a supportive, nurturing family unit and that support seems to have carried over into all of your work after leaving the production. You worked with Andrew Rannells on Girls, Daveed in this film, and then Anthony Ramos in Monsters and Men. As an aside, I LOVED your scenes with Andrew on Girls. You could tell that you two were having so much fun.

JCJ: Girls was so much fun! We got to be silly and it was just an awesome moment. Those kinds of characters are so much fun because they’re so not like me. [laughs] We just got to play around and be funny and have fun on set. Then working with Daveed is just awesome because seeing his project come to life was amazing. You see your friends go through the motions and talk about things all the time, but then in this case, seeing his dream come to life and to be a part of that is just awesome and it inspired me. He inspires me to do things on my own and work. I think when you start to see people that are your friends get to do work, you think “wow, that’s not so far from me; I can do that too”. It’s things like that that keeps you going as an artist. It’s a hard world out there and it’s a hard business, but to have good people in your corner like that? There’s nothing like it. To have someone like that support you or want to include you in their projects? That’s what it’s all about. It’s like what Issa Rae did and that mentality. You look at who’s around you and think “who can I make some art with?” and just keep going with it. It’s a beautiful time for art right now in general and the changes that I’ve seen in this industry. It’s just a beautiful time.

BT: Speaking of your work and your art, you’re currently hard at work on your EP. Tell me a little about that because I’m sure it’ll be a beautiful record.

Blindspotting is available on Blu-ray and DVD on November 20