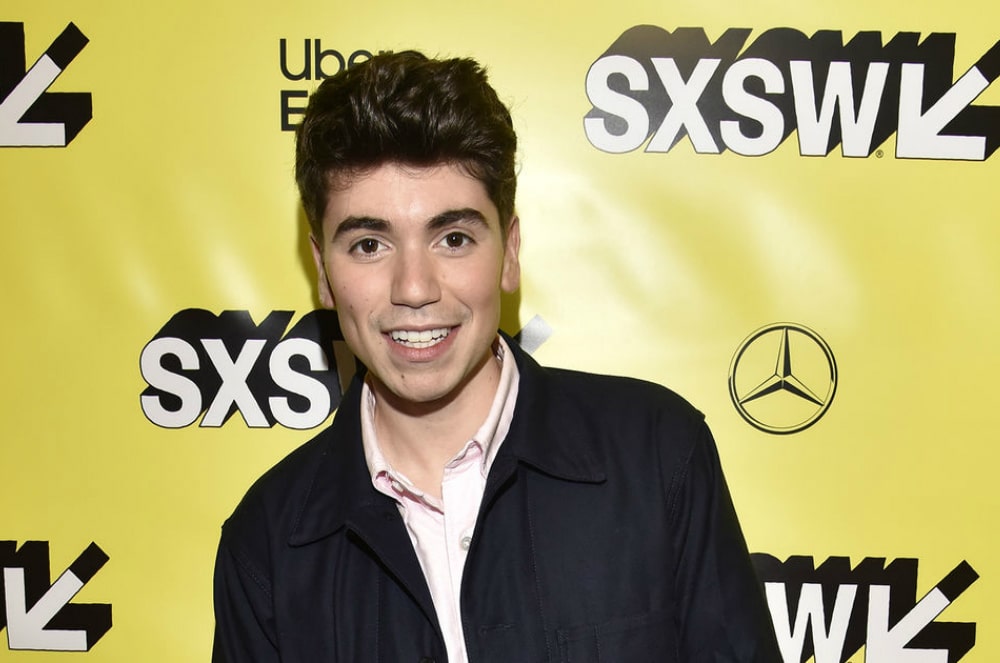 One of many scene stealers of Booksmart, a movie which Brief Take has been a champion for a while (not to mention that our Editor-in-Chief has been passionately telling everyone it is the best movie of the year and that everyone needs to see it) is Noah Galvin as dedicated drama student George. Did you know that Galvin has been a performer for a while now, a veteran in his mid-20’s, and that his Booksmart role was originally written female?

Galvin made some time in a packed schedule (including press for the film but also performing in the musical Waitress on Broadway) to speak to Brief Take exclusively. Noah Galvin delivers a hilarious performance, especially in the karaoke and murder mystery party sequences which are already iconic.

The following is a condensed and edited version of our frequently riotous talk with the effervescent Noah Galvin.

Brief Take: How was your SXSW experience for this movie?

Noah Galvin: Molly Gordon and I have been best friends for the past five years. And throughout that five year process we had been developing Steven Sater and Duncan Sheik’s Alice by Heart. So Molly and I during South By, we were performing, so we took a show off and we flew down to Texas together, and it just feels like a gift. South By is a daunting experience for someone who has never experienced something like that before. Looking around and seeing all of these comedy and cinematic heavy hitters, it can be scary. And getting to look across the room and see the face of one of my best friends in the whole world is grounding and I feel so incredibly lucky. 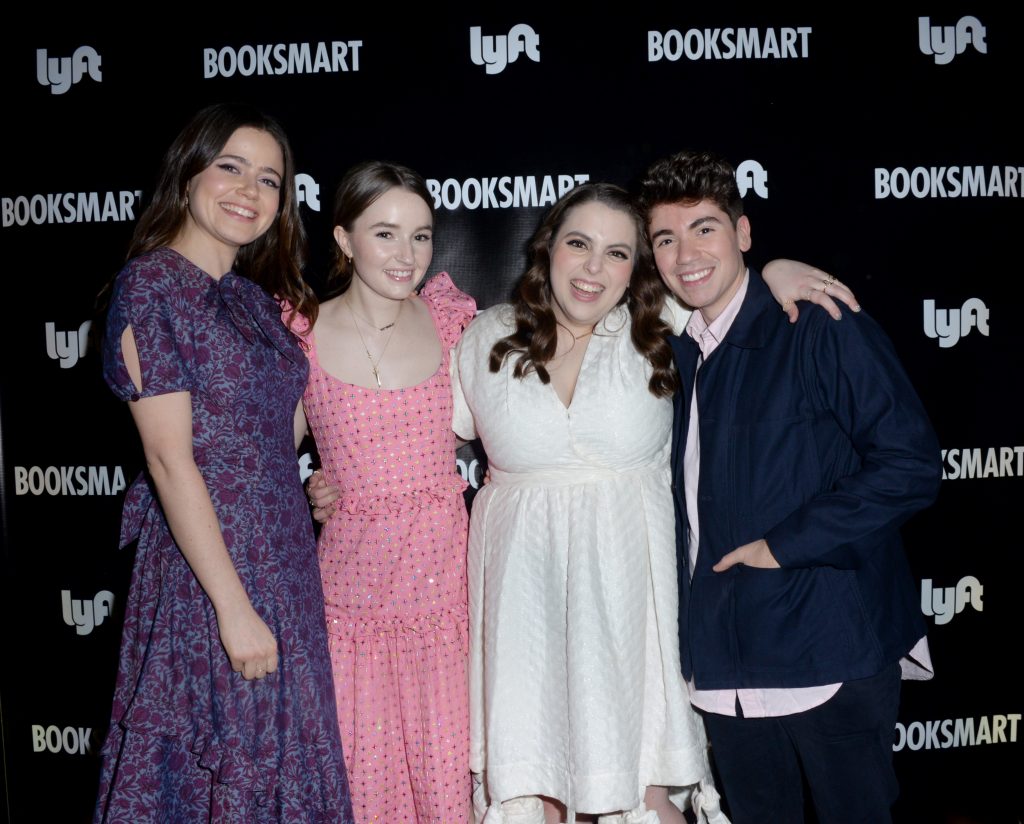 BT: This movie has an incredible karaoke scene. What’s your go-to karaoke song?

NG: It depends how inebriated I am. [laughs] If you ask me when I’m sober, I’d say I get paid to sing. I don’t want to pay to sing. [laughs] But if I’m drunk and you throw a mic in my face and Radiohead’s ‘Creep’ is playing, there’s no sayin’! [laughs]

BT: Did you know ‘You Oughta Know’ before filming?

NG: I wasn’t initially supposed to be in that scene or even at that party in the movie. Originally, George was only supposed to be in George’s murder mystery party, but as soon as I got to work with Olivia (Wilde) and Katie (Silberman), we all sort of fell in love with each other very quickly, and they wanted me around. [laughs] So they kept putting me in scenes – they put me in the graduation scene, they put me in the karaoke scene, and it was a joyous collaboration.

BT: What was it like to craft this unique character?

NG: I felt incredibly lucky and incredibly grateful that they saw something in me in that audition room and wanted to adjust this character for me. But my first costume fitting with the genius April Napier, who was the costume designer, she had a rack full of wild clothing for me to choose from, and we tried on every piece of clothing that she had and we got to explore and discover George together. Using different context clues from the script, like his Barcelona line, so we threw in a festive brooch that felt a little Spanish, little things like that. [laughs] And then at the end, we decided that he should be a glasses wearer, that he should have spectacles, and it took a while but we found the perfect pair of glasses. And once it was all put together, it all felt so right. George is a very curated person and we very carefully curated his looks. 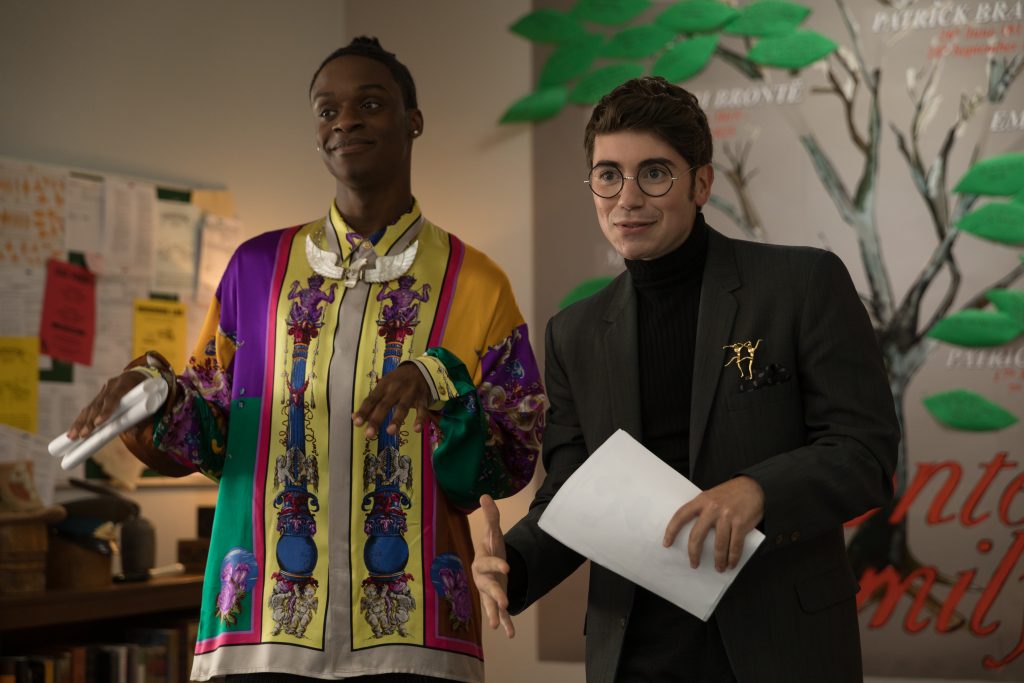 BT: Did you draw on inspiration of anyone you knew in order to play him?

NG: [Laughs loudly] I think at my worst, I am George. Yeah, George is Noah Galvin at his worst. I think that if I lean into every full and artistic tendency I had with me, I would become the monster that is George.

BT: Who would be some of the dream collaborators or people you’d like to work with again?

NG: Olivia Wilde and Katie Silberman, the writing and directing team. It was just a joy to work with them every day. I was stoked to go to work every day and work for them and to work with them and to collaborate with them. Having the movie being about an authentic, beautiful female friendship, and then to at the helm of the production have this beautiful female friendship between Katie and Olivia, they imbued this project with all of their magic and I want to experience that magic again. 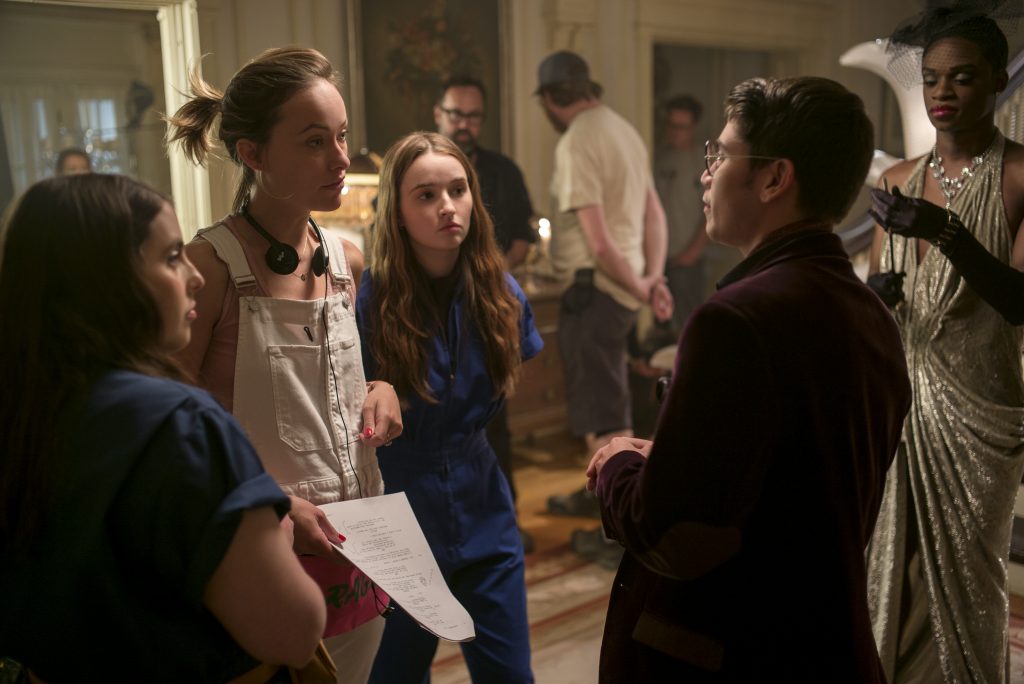 BT: How do you enjoy being part of Waitress?

NG: It has been a joy. I had seen it on Broadway 4 times! [laughing] I love it so much! And getting to be a part of it feels like a dream. It’s a beautiful show and it has such a strong, wonderful fanbase. Getting to interact with them has been lovely, the whole cast is a beautiful little family. At “places” every night, when everyone gets called to their places at the top of the show, the entire cast, even though some of us aren’t on stage for the first 45 minutes of the show, we all come down to the stage and put our hands in a circle and make up the name of the pie. I realize recently that in a lot of shows, I’ve been a replacement and it’s really nice to come into an already running machine, it’s a challenge as an actor and as a person to find a way to embed yourself in an already moving familial unit.

BT: What was a takeaway from working on Alice by Heart?

NG: You know, I have been in this business since I was ten years old, and I have been lucky enough to consistently work since the age of ten and in New York, specifically, where there is a lot of musical theatre and plays always being written and there is a lot of new work being developed. So from a very young age, people realized that I was good at reading for roles. Very rarely do things get to the final stage of production, it’s super, super, super rare where a project evolves to not only where it’s ready for production but also finds the money and it finds the right team, there’s so many pieces of the puzzle, and so with Alice, I had been working on it for five years, very consistently, doing about two readings of it for a year, for five years. In my fifteen years of being a working actor, I have never gotten to see anything to fruition, which is insane to me but that’s how the cookie crumbled, up until last year. And so it felt like the ultimate dream to get to be a part of something from development to fruition. It felt very full circle and incredibly rewarding.

BT: Would you be looking to create your own project from start to finish?

NG: Yes! I got to watch Ben (Platt) throughout the process of Dear Evan Hansen and I was originally asked if I wanted to sign a year-long contract to be in Evan Hansen and I said no to that, initially. I said no to that because I didn’t feel that it was mine. And if I were to give myself over to a role for a year plus, I wanted it to be something  in the creation of that I had a hand in developing and forming and crafting and mining.  I have developing work since I was ten years old and I feel like it’s a real skill of mine, and I look forward to the opportunity to get to craft my own story. 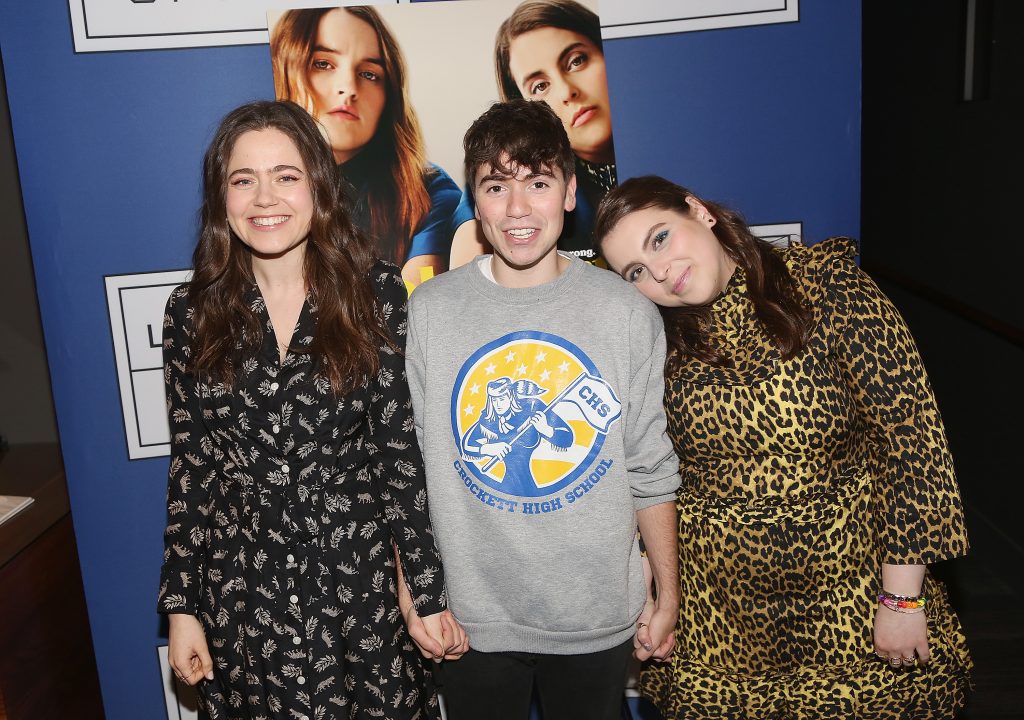 BT: What are some trends that you would like to see?

NG: I was talking to my friend the other day, and I referenced the character of Amy, played by Kaitlyn Dever, I referenced her as “the queer character” and my friend responded “which one”? And I thought about that and I was like: “You’re right!”. So we counted how many queer characters in the movie and there are at least four. And it’s not even something that I had really thought about and I think that is something to continue on that I would like see. I have a couple of friends this year who technically “came out of the closet”, but didn’t necessarily have to come out of the closet or make some big public statement. I think four years ago it was necessary for people to come out and make public statements and come out very formally, because we needed that at that time. But I think that we’re moving in a direction in which that maybe isn’t so necessary, that people can express themselves or come out with a music video of that person kissing a person of the same sex or post a photo on Instagram of them and their same-sex significant other. I think that’s a beautiful thing and I’d love to see that become the norm. I’d love to see that more and more become a part of our reality.

I think this movie really accurately represents where we are today, and I think that movies in general represent where we are today, and I think for too long it’s been old white men deciding if society is ready for something. But I love that Olivia and Katie and Jessica Elbaum and Megan Ellison are taking the reins and being ready for this and saying “This is a movie, we are telling you that you’re ready for this!”. It’s universal. Authentic relationships are universal. I think that this movie is really fucking good and it is for everybody because it’s good.

DM me your @booksmart ticket stub and I will BE PROUD OF YOU FOR SUPPORTING LGBTTQQIAAP INCLUSIVE CONTENT!!! There are 4 queer character in @booksmart that’s 4 Damians, 4 Ramona Flowers’, 4 Christians. We need more representation. We need better representation. Let’s normalize it and then start a rainbow revolution. Celebrate us, GO SEE @BOOKSMART