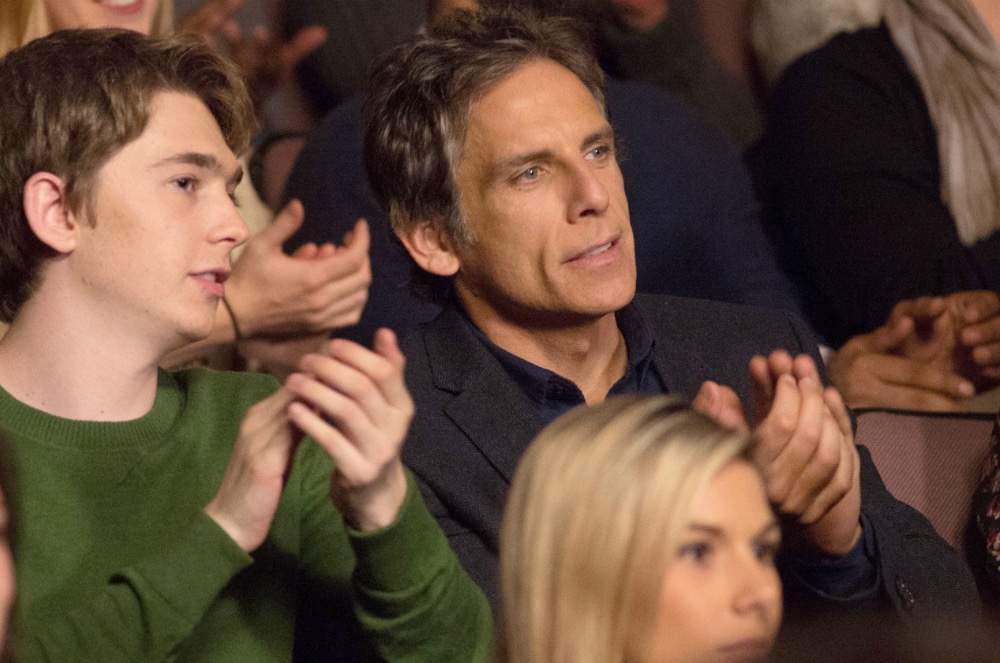 During the recent Toronto International Film Festival, where writer/director Mike White’s Brad’s Status played as part of the prestigious Platform program, we were honoured to be a part of an exclusive sit-down with the film’s lead actors Ben Stiller and Austin Abrams. The following were the highlights of that roundtable discussion.

Congratulations on the film! It’s been getting phenomenal reviews.

Ben Stiller: I don’t read reviews, don’t say anything. That’s really nice to hear though. I’m a fan of Mike’s and I feel like Mike took a chance with this movie…structurally, to write something that’s not the norm. I loved the script and as an actor, to get something that’s good and with a good director – that’s huge. I’ve known Mike for a long time over the years and I knew that him directing this was something special.

You two have very believable chemistry and emotional connection as father and son. Can you talk a little about working together?

BS: I feel that it was casting. A lot of it was Mike choosing actors that felt right together. I think we both knew that we wanted it to feel like a real father-son relationship. I don’t know if you can manufacture chemistry. We did spend time going on a road trip..we did two road trips actually. And that helped, just having the time with one another. And it just helps that Austin is very centred and neurotic and screwed up. *laughs*

AA: I loved how giving he is and how real he is. Just learning from him and watching the way he works and how smart he is, I have a lot of good things to say about Ben. I’ve never said anything bad about him, honestly.

BS: Thank you. For me, with Austin, I was excited to watch him do his thing. I enjoyed seeing how serious he was about the work. For me, as an actor playing his Dad, it was very easy to act proud of him, because I was. It’s great to work with someone who takes the work seriously.

Do you, like Brad, find yourself jealously comparing your life to others’?

BS: Oh yes. It’s hard not to. Look, I’m aware and extremely grateful for all the things in my life. But, you know, everyone has issues to deal with in life.

AA: I do that myself. I feel like all my friends who do what I do in life do as well.

BS: I think everyone does. It’s just a matter of how much it affects you and how much you let it affect you and what you do with those feelings. I have a friend who is a very successful movie director and producer, and he does it all the time. But he says it out loud and it’s just his personality. He’ll call me up and say, “God! I’m so pissed about that Star Wars! Why can’t I make Star Wars?!” But there’s something great about it because he’s able to express himself. He’s able to say things out loud that I think in my head all the time. He has this sense of humour about it that I find very endearing. I really think it’s great to be able to acknowledge this stuff and go, “Ok. I feel competitive with that other guy but, you know what, I can’t do anything about it”. Those are things that you think about a lot, but you have to acknowledge them and then just let those feelings go. Until you acknowledge them, you can’t let them go.

Austin, are your parents happy with the career you’ve chosen?

BS: [to Austin] Can I say what your Dad told me last night? He said that you can do whatever you want as long as you finish medical school. *laughs* I was excited that Austin’s parents got to see the movie last night for the first time and I think they were very proud. Also, it’s not easy to get work as an actor. Austin is doing incredibly well. It’s a tough business. [to Austin] At your age I was not working at all like you are. You’re doing really well.

Ben, are you still friends with the people you were close with when you were younger?

BS: Yeah. I’d say since my 30th high school reunion, some of my friends and I reconnected. I was in a band in high school, not a very good band, called Capital Punishment. We recorded one album. The band leader, Chris, his mother financed the album, it was called Road Kill. We’ve reconnected and we’ve started jamming together, which has been a lot of fun. I play the drums.