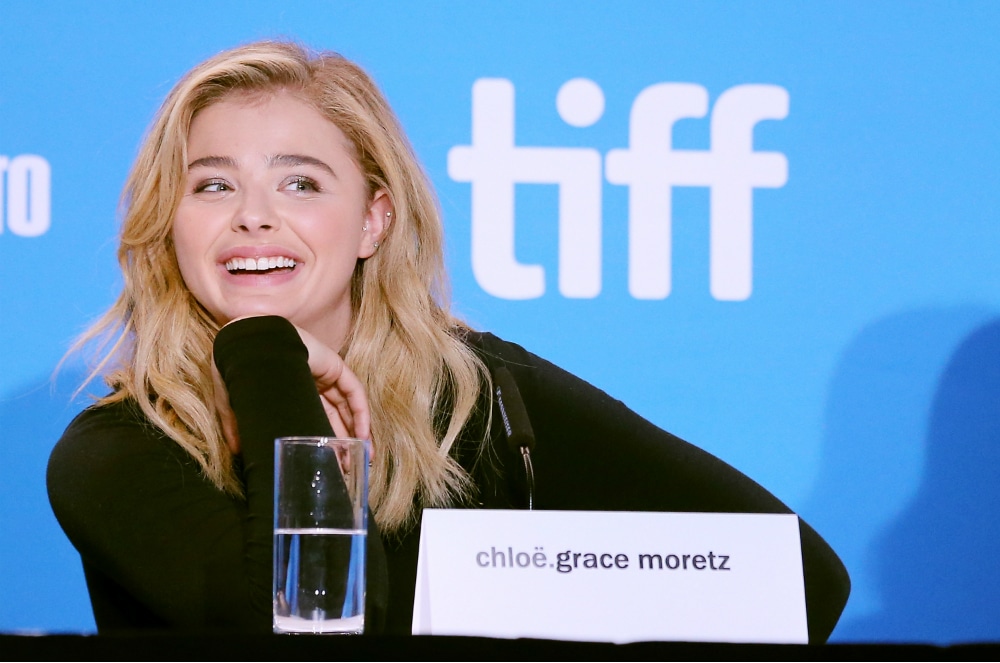 The film Brain on Fire, starring Chloë Grace Moretz as Susannah Calahan, comes to Netflix this Friday. After just under two years since its premiere at TIFF in 2016, Brain on Fire is ready to stream. We were huge supporters of the book and after we saw the Vancouver-shot film, we passionately advocated for Moretz’s brave performance. Brain on Fire takes a very honest approach to mental illness, and Moretz delivers a tour de force performance in a very difficult role.

We sat down with Chloë Grace Moretz and a select group of journalists at a downtown Toronto office during TIFF to discuss Brain on Fire. The following is a condensed and edited version of a quite fun roundtable interview where Moretz was extremely candid about everything.

Throughout history, there have probably been a staggering number of misdiagnoses of neurological disorders. Do you think this film will educate?

Chloë Grace Moretz: One hundred per cent. Look at what Susannah’s book did, and that’s a book! This is now close to a worldwide known illness, it is commercially treatable and that alone has a huge impact in terms of healthcare. This movie is already at TIFF, which hopefully means that even if it goes to a streaming service, it will do something… I mean, it can be someone’s little brother, if their older sister falls into the psychosis and the parents might think that she’s bipolar, this, that and the other, but they might think, “why don’t we check out this?”.  That’s the thing about content, is that movies, they go farther and I hope and I pray that yeah, it educates someone. Be it a doctor, be it a 12-year-old. I just hope that it resonates. 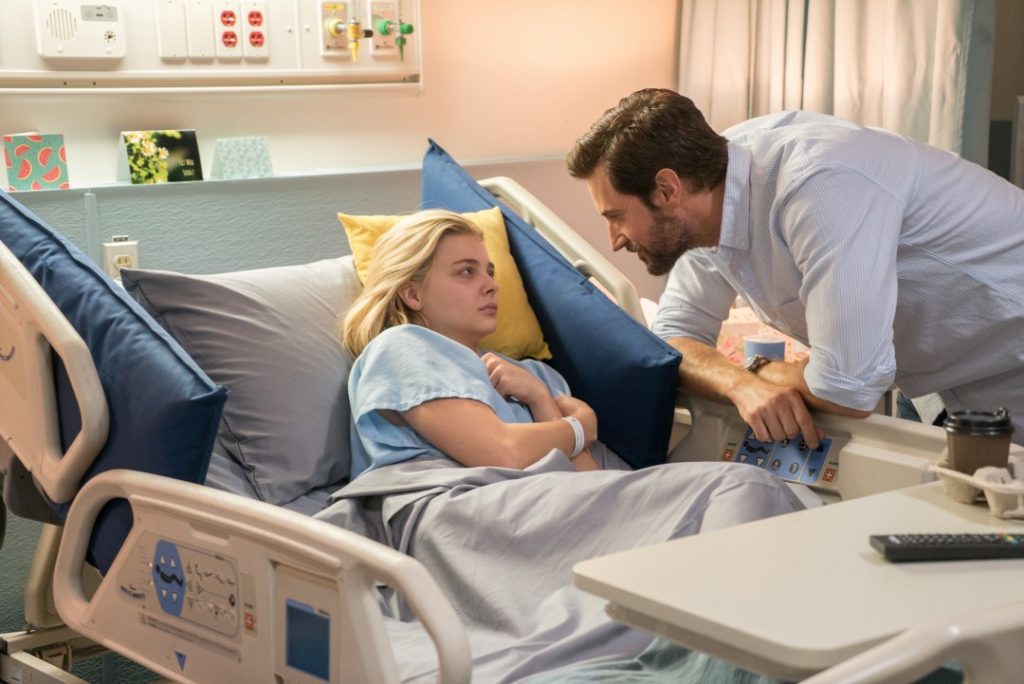 What would you like to be the audience’s takeaway from Brain on Fire?

CGM: It’s not an ‘illness of the week’ story, because it doesn’t just deal with the illness. It’s a story about ego and it’s a story about misunderstanding and about people being afraid to look at the unknown. And the unknown’s terrifying, and the thought that you can’t go “you’re bipolar”, and then go, “you’re good, you’re bipolar, here are your pills”. They are going to go “I don’t know what you are”, and there are things about human nature we don’t understand, and we have to research and understand. It’s human nature, we like to fall into a rhythm. And we like to have our regimen and it takes a Doctor [Souhel] Najjar to look deeper than the surface, and I just hope it makes people look at this world differently. Especially right now, we are very quick and harsh to judge, and it’s not just a judgment that passes, it’s a severe judgment that lasts. And especially in the press, they’re very quick to take one look at what you say, and “that’s the way it is”. You can’t stop it because it’s going and it’s there. I just hope it makes people understand that it’s a lot more.

What changed for you around the time of the making of this film?

CGM: I adopted a dog right before we started the movie. And the thing is that, seriously, I would sit with her in bed for hours after set and we would just sit and stare at each other, me and my dog. I think that literally it was silence. There was something just jarring being alone with myself after these moments, because I was having these weird feelings that Susannah sat in silence for hours and days and months in a hospital where no one was seeing her. It’s hard to go through everything on set doing these scenes where no one sees you and you’re putting yourself in this mind in which, you know, it’s so ‘actor’ to say all of that, but it definitely does something to you psychologically. 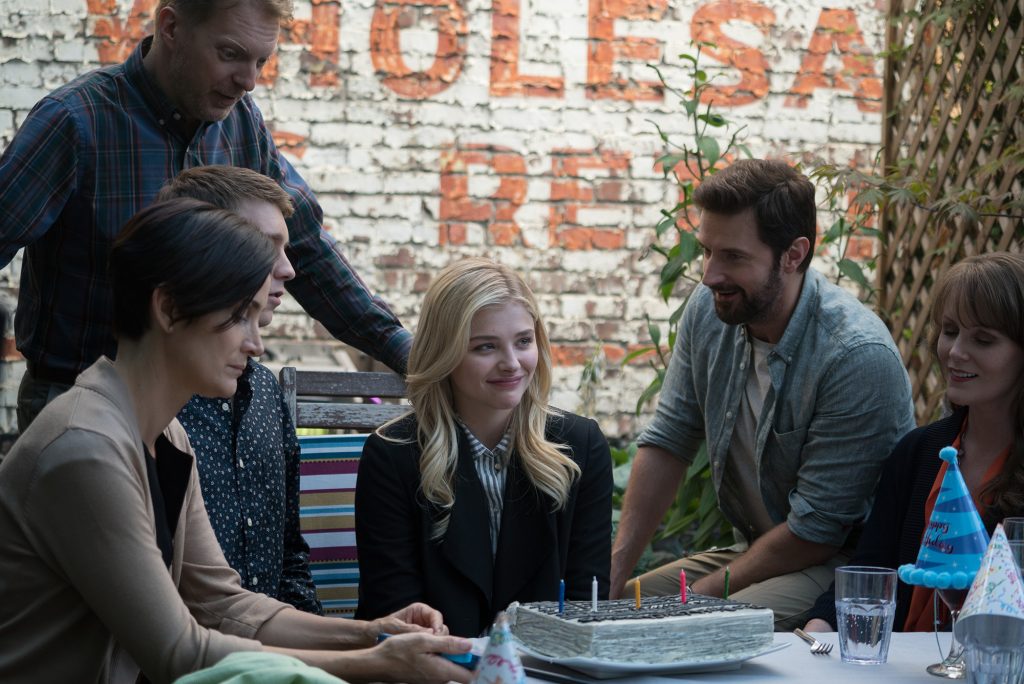 Is it important, both on screen and off screen, to have the support of family?

CGM: Yeah, but it also highlights how terrifying it is for those who don’t have that and the fear that if Susannah was alone, she would have died. And the same with my career, if I didn’t have my mother and my brother and my family and everyone who made me, I wouldn’t be the Chloë I am right now, a real life person. Plus it just makes my career and Susannah’s story very important because I want to be able make random people on the street advocates for someone that doesn’t have that voice and support. We all need to band together and support each other more, because we are one of not many that have that support system, and I know that. And yeah, it’s nice to depict a story where you don’t have to depict a Margaret and Carrie relationship [referring to her performance in the Toronto-shot film Carrie]. It’s definitely a lot more naturalistic to me as a person, but it also hits at a much sadder place. I think about someone who might not have that support system.

Why was this film so important to you?

CGM: It’s what I have been speaking about recently about my career, I want to make decisions that do something more than just make entertainment. And I think that I’ve had a great career, I’m proud of my career. But every decision right now, because content is so high, becaue of streaming services, movies, content in general, it’s making it across the world to places to which we never imagined possible, and I want to make more decisions like Brain on Fire. I want to make decisions that do more than just fulfill me as an actor to make an exciting movie. I want to do something that reaches depths like it might save a life even, or at least changes someone’s point of view. This movie depicts accurately where I want my career to be and where I want it to go in the future, and it makes me feel really honoured to be a part of something that can do more than make someone smile. But even so, making someone smile means a lot. [laughs]