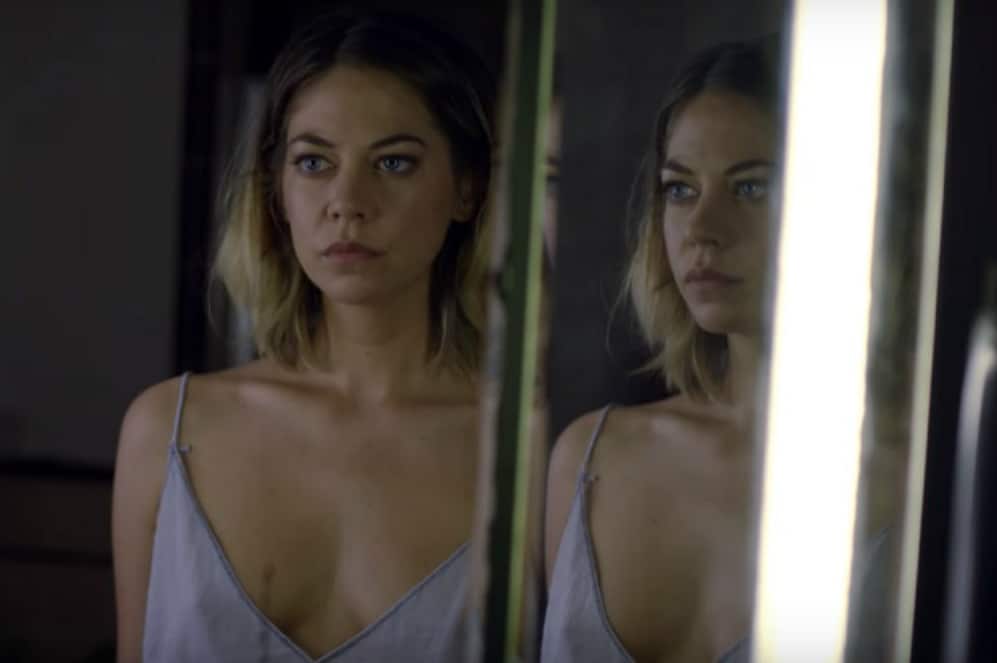 Analeigh Tipton delivers a bold performance in the film Broken Star. Her role as Markey, an actress demanding of attention, segues into a very strange and uncomfortable film in which an audience can take away disparate elements. Yet what cannot be denied is that Tipton commands the screen and this film deserves a viewing (or perhaps multiple ones).

Here is an edited and condensed version of our conversation with the candid Analeigh Tipton.

Brief Take: The idea of always being watched is extremely timely.

Analeigh Tipton: I have a fascination recently with YouTube channels. I have a little godson who’s six and he’s obsessed with YouTube channels, and I don’t get it, I feel like an old fogey when I talk about it. But one of the more interesting aspects of this YouTube generation, in a way, is this obsession with [pauses] the lack of difference between what you’re watching on the computer and your everyday life. You can film your everyday life, you don’t need a reality show, you don’t need a budget, you don’t need anything. You can expose what you want to, and you can basically find and watch and observe someone else’s private situations as much as you want to. For me that’s a really interesting aspect of what that is contributing to an individual’s sense of self and sense of privacy and worth. So for Markey, I kind of tried to assume some of that and for also for Markey, I need to be watched because I hate myself, I don’t want to be alone with myself and I’m afraid of myself. 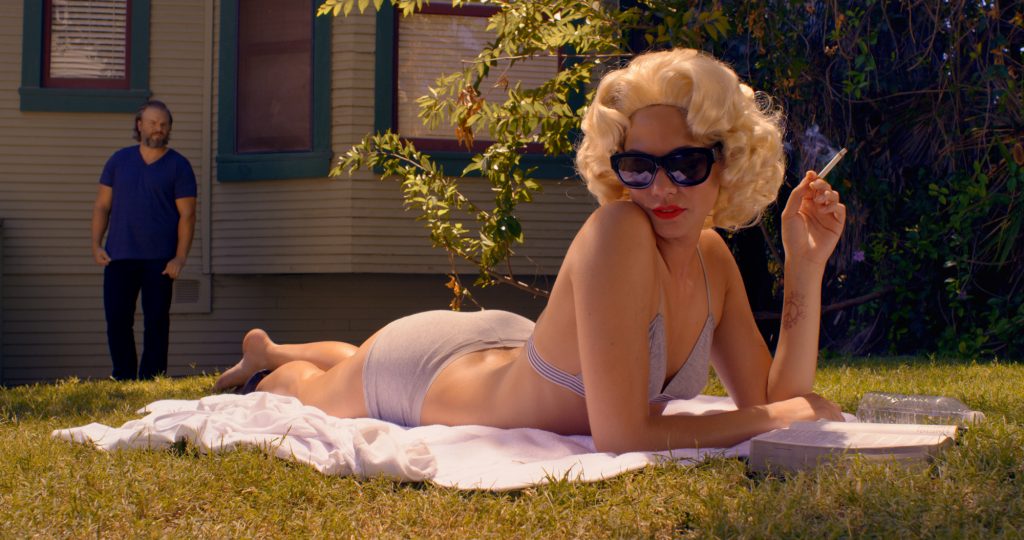 BT: How did it feel in certain scenes to be acting like you were acting?

AT: It was really strange for me, but also wonderful because it was the closest thing to pretend I’ve done. You can say that acting is all pretend, but there’s so many technical things that go into it. So when Markey has those moments of being able to pretend, and I got to pretend to pretend in a scene [laughs], I think it was much more freeing of a situation because you wanted it to come off as natural as possible. I assumed that she was a good actress, or at least a decent actress, and so whenever I did those bits of her becoming her grandmother or her becoming Marilyn (Monroe), I guess that there was more pressure because you wanted her interpretation to be a good one. At the same time I didn’t feel like it had to be my interpretation, and it kind of was freeing in that aspect, but again it goes back around, kind of Ouroboros style.

BT: What did you enjoy about working with Tyler Labine?

AT: He’s incredible! I don’t know how I would have gone to some of the places…I’m not very good at crying on cue. I can’t. I lock up in my real life, I lock when I’m acting for sure, because I’m being observed. If I hadn’t trusted Tyler so much, in those moments it really felt like on and off set he became someone who was a mentor, and still is. We relate and work on a lot of similar things. It was really a blessing to have someone in those really vulnerable moments. I’m not really good at looking at the other actor and seeing the character always. I can’t as much as I will possibly try to, but at the end of the day, if I’m going to open up in some way, I have to trust the person at whom I am looking. It’s probably one of my biggest downfalls as an actor, but with Ty I could just look at him and he could look at me like a person he cared about, and I could be vulnerable. 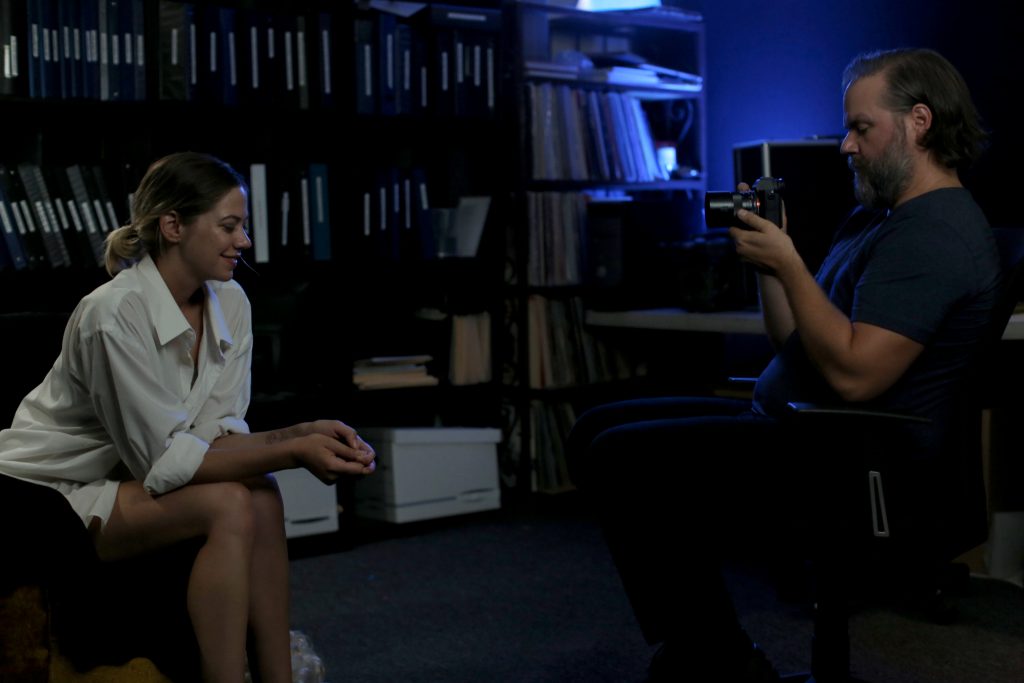 BT: You’re so fantastic in this performance. Did you carry any previous roles into it?

AT: This performance and Mississippi Grind, which I’m only in there for a stint, but I’m in there, are my favourite performances, for very different reasons, but that one, probably because it was the first of its type for me in the higher brow drama situation. This one, just because I get to showcase a lot of things that I haven’t gotten to do on such scale, as in longer than thirty seconds. [laughs] I think I need to do a lot more of these, probably, before I feel like I’m stable in this career. I think that people still see me as the Crazy, Stupid, Love babysitter and it’s been interesting trying to showcase myself as a woman, because I tend to read young, I also wear overalls and have a neon-coloured backpack and I’m thirty. [laughs] It’s trying to find that balance of unique roles like this and hope that people will see them. Mostly because I also root for…I don’t even know if the term “independent film” is relevant in this way any more, but first-time directors, first-time writers, it’s so hard to make a film! I watch so many incredible talented people struggle. So if we watch just a *few* more, just add more, then so many more people could get that opportunity. It would then broaden the horizons and the opportunities for not only women, but people of colour, everyone! I think indie film is where that whole thing should lie.

AT: Yes, Summer Night I’m really excited about! I don’t get to work with that many people my age, I’ve only done that on a few films, and it’s always really exciting for me when I get to be around other actors in the place that I’m at and I’ve got Better Start Running with Jeremy Irons coming out too. It’s a road trip movie, and it’s doing the festival circuit right now and my parents really, really loved that one, and I love it too, it’s really Little Miss Sunshine-esque.