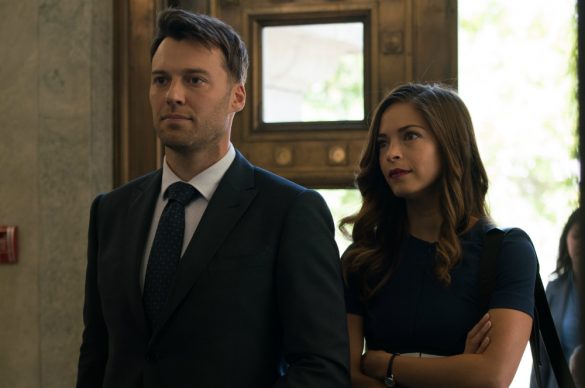 We are obviously passionate supporters of the series Burden of Truth, having previously interviewed series lead and executive producer Kristin Kreuk for season one of the show, along with co-stars Peter Mooney and Star Slade, Kreuk solo for season 2, and now that season 3 is set to air on CBC and CBC Gem, Kreuk and Mooney. At the recent CBC Winter Media Day, the charming pair spoke with Brief Take about what’s ahead in the new season.

The following is a condensed and edited version of our lively sit down interview with Kristin Kreuk and Peter Mooney of Burden of Truth.

Brief Take: How have you enjoyed hearing the feedback for Burden of Truth on CBC and on The CW as well?

Kristin Kreuk: The most I hear feedback, really, is through social media. [laughs] The fans who love the show are very passionate about the characters and about the dynamics and they feel deeply connected. They seem to see a lot of their lives in people in the show and I think that that is very satisfying for them, and that’s something that I haven’t quite experienced in the same way in the other shows that I have done. A lot of the time I think that it’s an escape and I think that the show’s something that helps people identify and process their own lives and their own experiences. 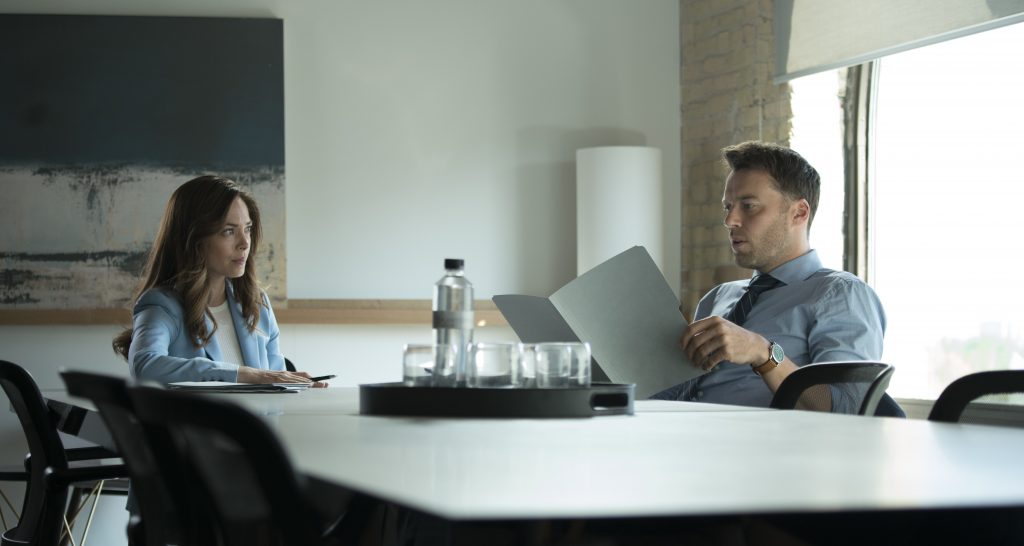 BT: The story was driven by the mystery in season 1 and while there is still a mystery to solve, by season three the characters are so fully realized and fleshed out. What has it been like to build this world?

KK: I mean it’s so wonderful coming back because we’ve developed relationships between all of us, too. There’s a real dynamic on set with the cast and the histories of those characters really enrich the show, it’s not a show in which everything stands alone, it’s a show in which everything builds on everything that’s come before. Even though each season is its own independent story, for everyone who’s been following from the beginning, it’s such a rich world and it’s so nice to be able to jump into that world from where we left off and know these characters’ history and know all the ups and downs between these two, for example (Joanna and Billy), it’s really rewarding. I think that it’s rewarding for us and I think that it’s really rewarding for our audience as well.

BT: Peter, how did you enjoy the element of reconciling your character’s knotty family history in season 2, as Kristin’s character did in season 1?

Peter Mooney: It’s so wonderful, because often on tv, you have fixed characters who don’t really change.

PM: The circumstances around them change, as they’re confronted with all of these crazy things, but they themselves stay on a pretty narrow course. But in this show, we really see these characters batted around, having to confront their histories, having to confront their circumstances and we see how they’re forced to change, through the things that they encounter in life. It’s so rewarding to play that- something that’s ever growing, like we are as people. 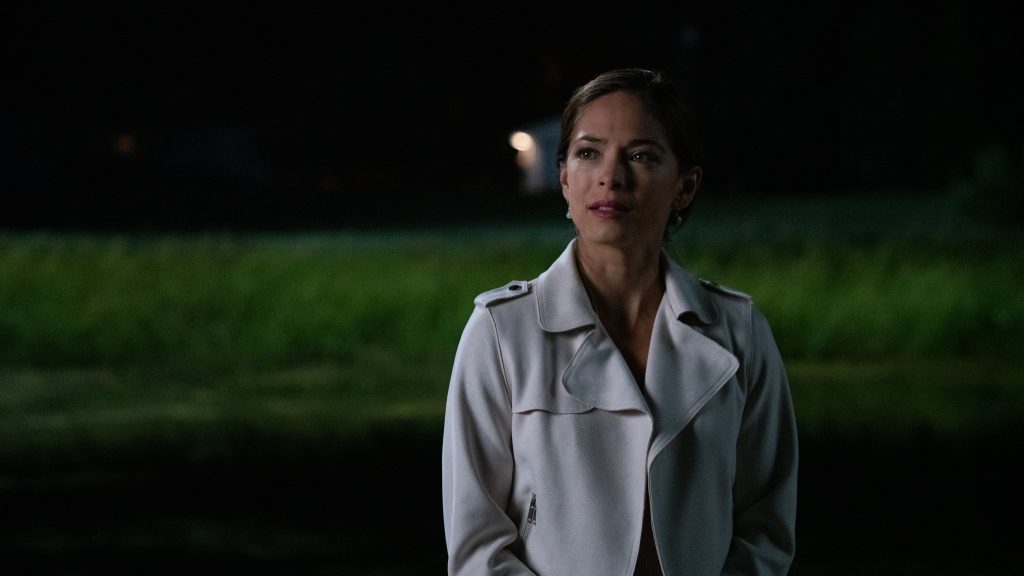 BT: Why is it that a lot of stuff seems to happen within that town?!

BT: What has it been like to return to Millwood?

KK: I think that Millwood in many ways represents the past for these characters. It’s the place in which they formed a lot of their initial personalities and beliefs about the world and every time they go back, they’re confronting an aspect of their pasts in order to move forward. And in this circumstance, it’s not just Joanna, it’s also now Billy who does it and Luna (Star Slade). [laughs] All of these people keep leaving and having to face something about themselves, and whatever is going on in the town represents whatever it is with which they are struggling and whatever it is with which they have to deal. Additionally, Millwood is a stand-in for so many towns in Canada and in North America and the struggles that people in towns like that are experiencing, in small towns and communities. It’s both a literal place and a figurative place for the show. 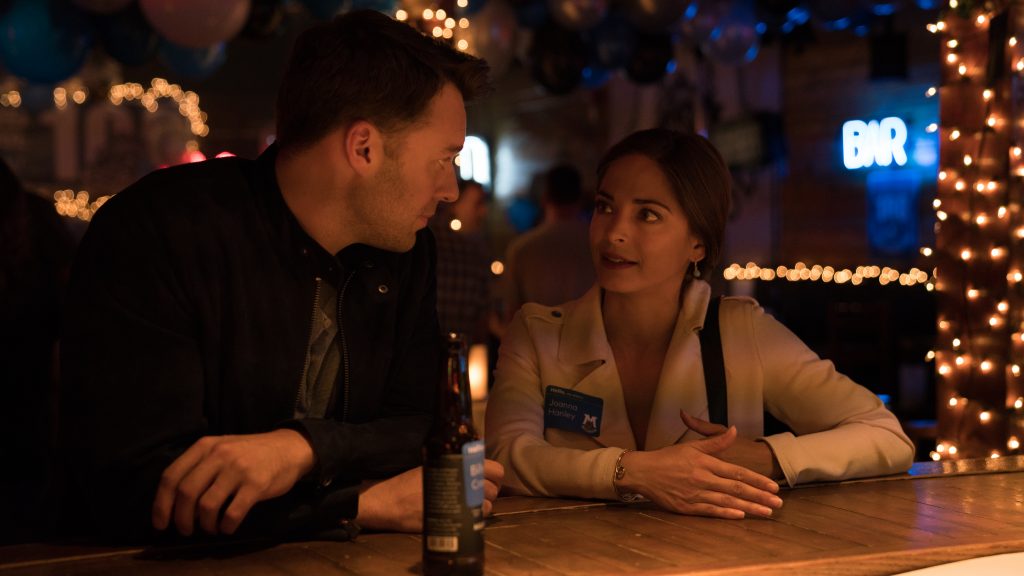 BT: How does it feel coming back to film each season in Manitoba?

KK: It’s amazing that we get to shoot each season in a place that is a place and we go to locations that are actually playing. Like Billy and Joanna go to an office that you saw in the first episode and it’s a wonderful place. It’s real. And you walk in and there’s downtown Winnipeg outside and it’s actually easy to fall back into it. I think you can make these touchstones for your character and they’re all there and present in that community. We go to Selkirk and it’s the same places to which we go, which makes it really easy to do our jobs.

BT: Do you think that there is a specific language of the series?

PM: Absolutely. I’d say that with all shows, but with this show in particular, it feels like a world that stays alive between the seasons and then we get those scripts and we go back into town and it sort of reawakens, it comes back, because there is a real language to it, or a real tone to the show. 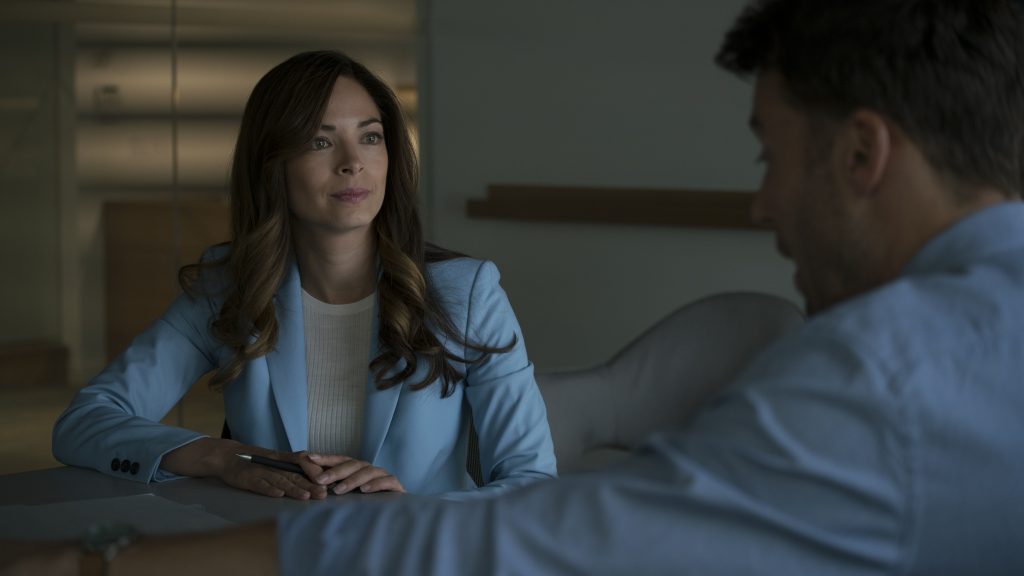 BT: In this season, in the episode I watched, you are connected.

BT: In previous seasons, you’ve been dealing with your own stories. What do you learn from working with each other?

PM: It’s really fun and it’s really easy and I’m really grateful that this show is framing the story and particularly the story of Billy and Joanna in a bit of a different way.

PM: That we skipped the middle bit.

PM: We skipped the bit we’ve seen a million times before and we drop back in a little bit later.

PM: When things are going to get a little bit more complicated and a little more interesting. So I’m grateful for that because it’s so much more fun to play as an actor, when you’re playing in a realm that’s all new.

KK: Yeah, it’s true. I think that’s been one of my biggest struggles when I watch things, you always get the beginnings of a relationship or when they first kiss or the beginning phases. And relationships, when they’re long-term relationships, get good as they go on and they become much more nuanced and the gifts you get from them are deeper and the struggles are more painful. And I think that is something that we get to play, we drop in with them when it gets hard again instead of dropping in when it’s easy, but you get to see that they’re close and they love each other. Which is nice to carry you into the… [laughs] 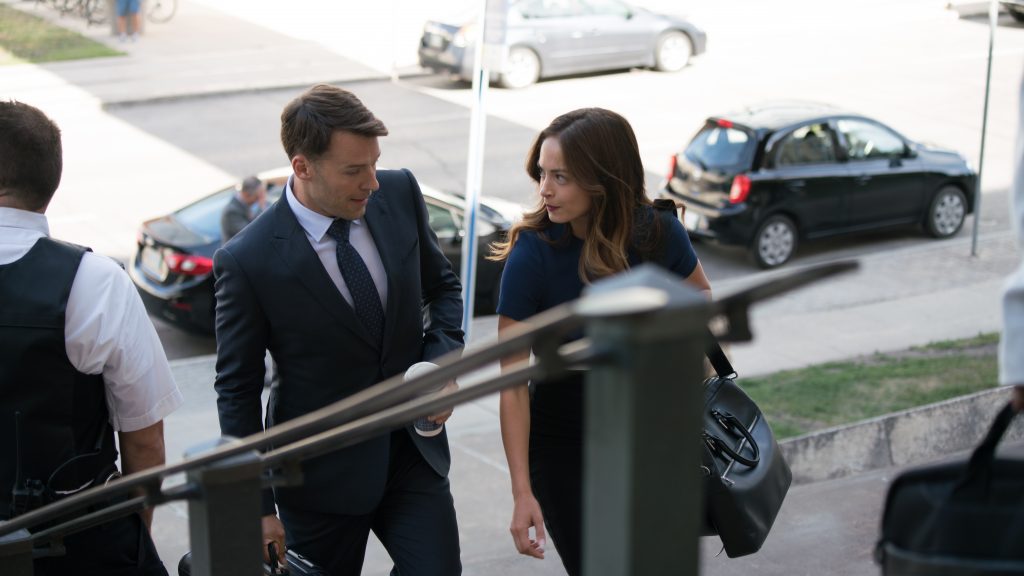 BT: Plus this show is extremely believable and doesn’t feel fantastical. How does that feel playing it?

KK: Thank you, that is very nice of you to say. I hope everyone feels that way. [laughs] I think that’s what we want and that’s what we’re striving for. I think that I speak for both of us when I say that we’re very lucky that we’re part of a show that does that and it’s so rare, at least in my career, that I’ve had the opportunity to live in such a real world in which we get to look at things in a way that perhaps we haven’t looked at them before and see characters and moments that we sometimes miss. I’m very grateful for that.

BT: A particular theme that emerges is the struggle to find balance. Is this something that you actively noted?

PM: It’s funny, it’s not a theme that I’ve articulated about the show but I think that hearing you say it, it’s so true. Each season, we’ve come into a world in balance and then watch the whole tray tip and everything spill over, and a season is essentially a struggle to regain that balance.

KK: Where they perceive that there is a balance…

KK: And then it’s revealed that there isn’t… [chuckles]

PM: And the balance is superficial or performative, yes, exactly. And they need to find a truer, more permanent balance, a more sustainable balance, which is a journey I think has happened in each of the seasons, but in this one in particular.