Interview: Call Me By Your Name’s Luca Guadagnino 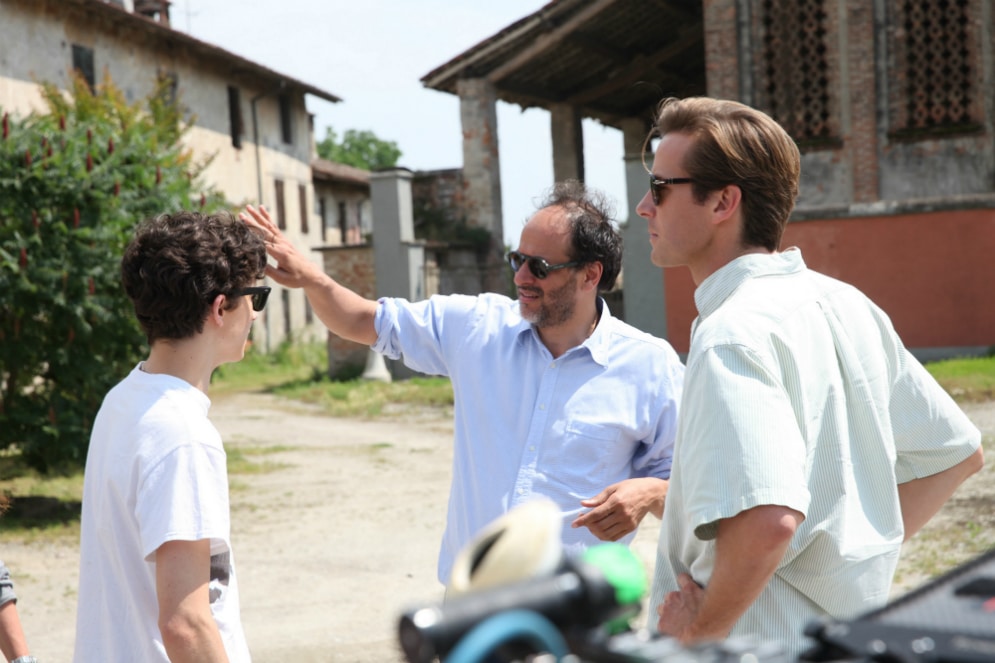 Ever since its premiere at last year’s Sundance Film Festival, Call Me By Your Name has captured the hearts of audience members and garnered rave reviews from critics at every film festival it’s played. Luca Guadagnino (A Bigger Splash, I Am Love) has managed to encapsulate the epic highs and soul-crushing lows of first love, working with a poetic script by fellow filmmaker James Ivory (The Remains of the Day, Howards End), adapted from André Aciman’s bestselling tome.

While promoting the film at this year’s Toronto International Film Festival, Guadagnino spoke to a roundtable of elite journalists about working with Ivory, his cinematic influences and gave us a preview of his upcoming remake of Suspiria, starring his A Bigger Splash leading ladies, Tilda Swinton and Dakota Johnson.

The following is a condensed and edited version of that

How did you first get involved with this beautiful film?

Luca Guadagnino: I was given the book by Peter Spears, one of the producers of the film, in 2008, when they were trying to make it with a different director and with a different script. I loved the book. Eight years later I found myself filming it. I have other books that I want to film too. One book that I’ve always dreamed of adapting since I was 12 is Thomas Mann’s Buddenbrooks. I’m revisiting that book constantly. Another book that I really want to make, and there was a moment where it came close, is James Ellroy’s The Big Nowhere, which is amazing.

With James Ivory having adapted the book, what was your experience collaborating with a fellow director on the project?

LG: Well Ivory and I were friends. We met in 2004 in Rome when he was doing The White Countess and we became fast friends. With this project, he was also working as a producer, like me, and at the time we were trying to see who we’d work best with and then decided to just work on the script together. And that didn’t feel like an assignment, it felt like a pleasure with his company. I spend a lot of time with people that I work with, they’re my friends. I have a friend who’s a makeup artist and a friend who’s a director of photography, and we always say that we can make a movie together. With Ivory we were two directors and writers who liked working together and it felt like the perfect opportunity.

In terms of the casting, how did you know that Armie Hammer was right for the part of Oliver?

LG: Well he’s such a nuanced performer. If you look at him in J. Edgar or The Lone Ranger, there’s something there in his performance that’s contagious. Initially he wasn’t sure he could capture the depth of the role, because he’s such a humble guy. He’s the kind of person who, if you tell him that he’s extraordinary, he’ll walk away because he’s so humble.

Was there any improvisation on set?

LG: It was a constant dance between staging and just letting go and letting it breathe. I wouldn’t call it improvisation, I would call it making them free, which is a big difference.

I read that Timothée and Armie didn’t meet until one week prior to shooting began. Were you concerned that perhaps the chemistry wouldn’t be there on screen with such a small window of preparation time?

LG: No. Not at all. I had met both of them and as a director I’m a psychoanalyst in a way. I still believe in psychoanalysis even though it’s very neglected these days. *laughs*

Your work is clearly influenced by Italian cinema. What are some of your other influences?

LG: I am heavily informed by cinema but I think my aesthetic sense comes from paintings. This happens to be a story set in Italy but my next movie is set in Germany in 1977. It’s a horror movie, it’s set in the winter… *grinning* Suspiria.

Amongst other things, you’re becoming to be known for your iconic dance scenes, namely in A Bigger Splash and now in Call Me By Your Name.

LG: And wait until you see the dance in Suspiria! *winks*

Call Me By Your Name is now playing in Toronto and Vancouver and will open on December 22nd in Montreal and Ottawa, and then January 12th in Halifax, Winnipeg, Calgary and Edmonton.