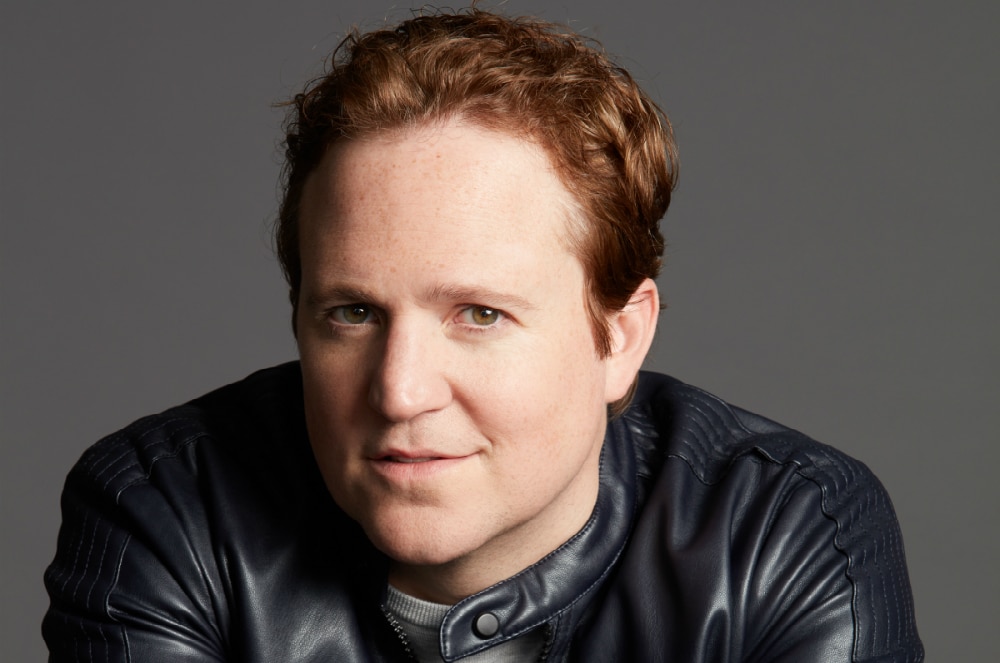 *This interview was originally published on November 16*

Patch Darragh is the nicest man and one of the most humble, down-to-Earth actors I’ve ever had the pleasure of interviewing. Currently filming his role as Sean Hannity in the Showtime series The Loudest Voice in the Room (yet another “dark character” in his recent string of playing them in notable Blumhouse productions), Darragh is perhaps best known as playing lovable Dad Ken Messner in the cult favourite show Everything Sucks! (#reneweverythingsucks, Netflix).

We had the delight of chatting on the phone with Patch Darragh (who can currently be seen in the critically acclaimed horror film Cam on Netflix), and the following is a condensed and edited version of our conversation.

Brief Take: Congratulations on your hugely successful year! On top of that, Cam has been playing the festival circuit for awhile now and the consensus is that audiences are loving it.

Patch Darragh: Yeah! To see the response that’s really gone around the country, but also around the world, I think it played Mexico City, London and Brazil. We just got back from Ithaca, I went up there to do a Q&A, and it was in Denver this weekend as well. With movies, one never really knows. I knew that it had a great script and I knew that Danny (Goldhaber) was a really promising director, but you just never know, especially with this kind of subversive material. We were very lucky to have Jason Blum, the great Jason Blum, behind it, and an incredible crew. Everyone was very hungry and came to it with a lot of energy and a lot of passion and talent. So I’m really excited to see that it’s now going to have a life on Netflix. Hopefully it’ll continue to find a large audience there.

BT: For people that don’t know anything about the movie, tell them what Cam is about and who you play.

PD: It’s about a young woman, played by Madeline Brewer, who is a sex worker. She’s very ambitious as a webcam girl, and the writer of the film, Isa Mazzei, this is rooted in her life story but it takes a fictional turn in that the company that she operates the website through, somehow she’s locked out of her account, and yet there’s a doppelgänger version of her that takes over her account and takes over her life. So it becomes this kind of twisted story about online identity and identity theft.

My character…[laughs]..I would describe him as a friend of hers. He’s one of the guys who hangs out in her online chatroom, but he has special privileges. He’s known as the room manager, meaning I kind of help run the room, I can kick people out, and we consult on FaceTime before and after the shows, I have some creative input sometimes. During the shows I get everything going and I try to rile the guys up. A lot of these guys, this is their social hangout in these chatrooms. So my character is part of that group but has a special place in that group. I would say that he misreads some of the cues that she gives him and decides that he’d like to take their relationship to another level. He’s also a formerly religious man who’s trying to save her when this horrible identity theft happens to her. BT: What did you like best about collaborating with Daniel and Isa (Mazzei)?

PD: It had the two qualities that, in my experience, are the best qualities in a production – it was fun and it was focused. I was only on for less than a week; it was a very fast shoot for everybody. I think they did 18 days total. So for everyone it was fast and furious, for the crew as well. Danny is smart, he’s very honest, he’s very gutsy, and so is Isa. They were very direct about what they wanted, what was working and when it was working, and when it wasn’t. But everyone was passionate about making the best movie we could. So I really enjoyed it! It was very freeing but also very focused and very respectful. I think everyone knew that it was an opportunity to make something really good, so everyone was bringing it. When that happens, everybody feeds off of that energy and really pushes themselves to do even more.

BT: And now that hard work is paying off!

PD: Yeah, I guess so! [laughs] It’s really amazing. The gentleman who introduced the screening at Ithaca Fantastik fest this weekend and ran the Q&A said that this movie is really one for the moment. I hadn’t really thought of that, but it does in its own way address larger issues of online identity and how that really is such a part of our culture now. How we choose to present ourselves and how people behave how they wouldn’t ordinarily because they develop an online personality, and they have the anonymity and that shield to protect themselves, and what that does to human behaviour. That’s all happening in real time right now.

BT: You’re a part of a number of projects that are addressing larger issues in society today. From our toxic relationship with technology in Cam, to leaders behaving badly in The First Purge, as just two examples. What draws you to these projects?

PD: I really do have to give some credit to Jason Blum. After I did Sully, my agent said “Jason Blum wants to meet with you, he really liked the movie.” So we met, he was in New York, we had a great chat, and at the end he said “let’s make a movie.” I thought he was just saying that, but he’s done a lot of amazing projects, so I had some hope. Then the next thing I knew Cam came along, and I thought it was really interesting. I’d gotten to play some darker characters, though I try not to think of them that way, but that’s just a fact. Now that I’ve done it I can say there was a darkness there, in my Cam character. I try to think of him as somebody harmless, otherwise how would he get anyone’s trust? Then The First Purge came along, that was also from Blumhouse, and I thought that character was interesting too. He’s corrupt, for sure, but also very cerebral and the guy in Cam is more of the spirit and of body, and Arlo Sabian wants to take humanity out of the equation, and people in power in our country now are looking at it that way. Many of us on the other side are cursed with the burden of empathy and he (Arlo) didn’t have that affliction. BT: Do you have any dream collaborators? I imagine that teaching Clint Eastwood about traffic control was a dream, but are there any others that you have on your bucket list?

PD: [laughs] As long as we’re in Clint Eastwood land, I dream of working on a Scorsese picture. Going to the movies as a kid, I would always sit in the front row because I just wanted to be in the movies so badly. I grew up on those movies and the closest I ever got was doing Boardwalk Empire. You had to get Marty’s approval if you wanted a significant role. But he’s still making great movies and I can’t wait to see The Irishman, which he’s doing for Netflix. They actually shot it right near where I live now, so I’m getting a little closer every time.

BT: You went from playing one of the most beloved Dads of all time on Everything Sucks! to these very dark characters, so your range is incredible.

PD: [laughs] Gosh, I did an interview once for Everything Sucks! and the interviewer said “this character must be a real departure for you”, and I said “no, everything else has been a departure for me.” I don’t have a 16 year-old daughter, but that was such a freeing project because it was just unbridled goofiness and fun and heart. I like to think that’s closer to me than these other characters I play.

BT: What do you watch on Netflix?

PD: I was a big fan of House of Cards. That’s my pal Beau Willimon who helped build the Netflix brand. I really like documentaries and I really like cooking shows. [laughs] I really love Ugly Delicious. Plus Netflix is regularly pushing out new, great movies, so it’s nice to see all their new stuff, including Cam. It’s a pretty stead flow of great material over there.

I was really lucky to do Everything Sucks! with Netflix, even though we weren’t able to do another season. I hope that I get to continue to work with them because they’re a great company. BT: The outpouring of love from fans of Everything Sucks! still continues to this day.

PD: Yeah! It’s really amazing. Hopefully these kids aren’t going to see The First Purge or Cam because it’s disturbing to see their father figure in that way. [laughs] But it’s absolutely astounding to me to see the immense support because I’ve never had anything like that. It really was affecting kids. Friends of mine, who are my age, tell me “if I had that show growing up, it would have changed my life and it would have changed my childhood.” I think for a lot of people, for women, and for the country really, the Ellen show was like that. Our show didn’t have as big a reach as that, but man, the people that it did reach, the young people, it’s astounding. I don’t just mean kids struggling with their sexuality, it was kids from all walks of life with all kinds of experiences. I get these personal messages, and god knows Peyton (Kennedy) gets thousands of them. We see kids dressing up as Kate Messner for Halloween and it’s really touching and really meaningful. The show meant a lot to us. Sometimes being an actor you think maybe you can do something more important with your life, like be a doctor or an ambassador, but when you get to do something that has an effect on a person’s life, especially a child’s life, it really gives it more meaning.

Cam is now streaming on Netflix 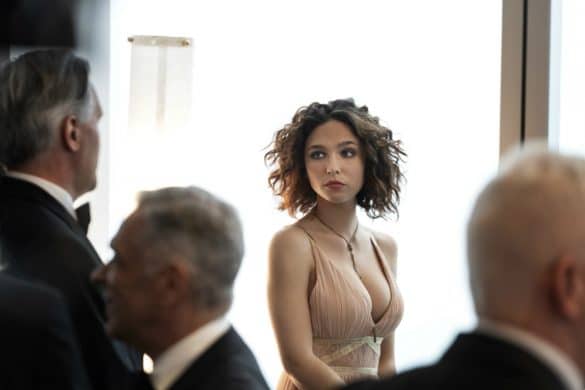 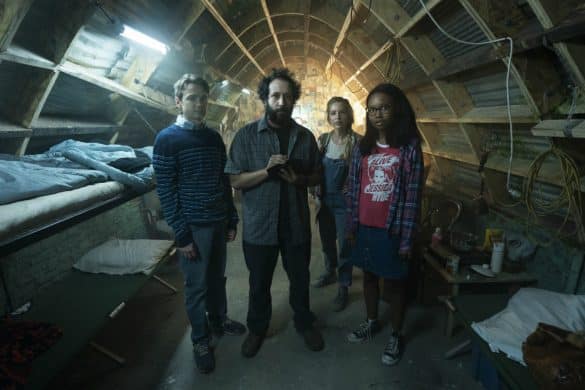 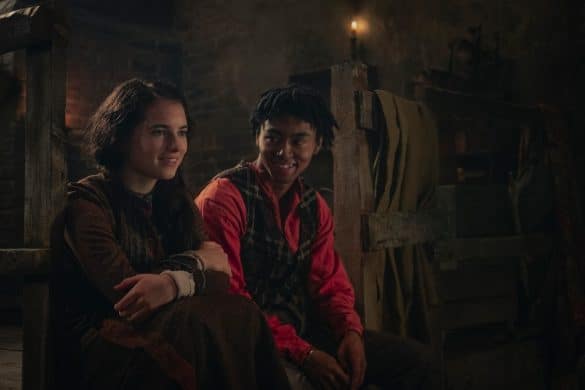