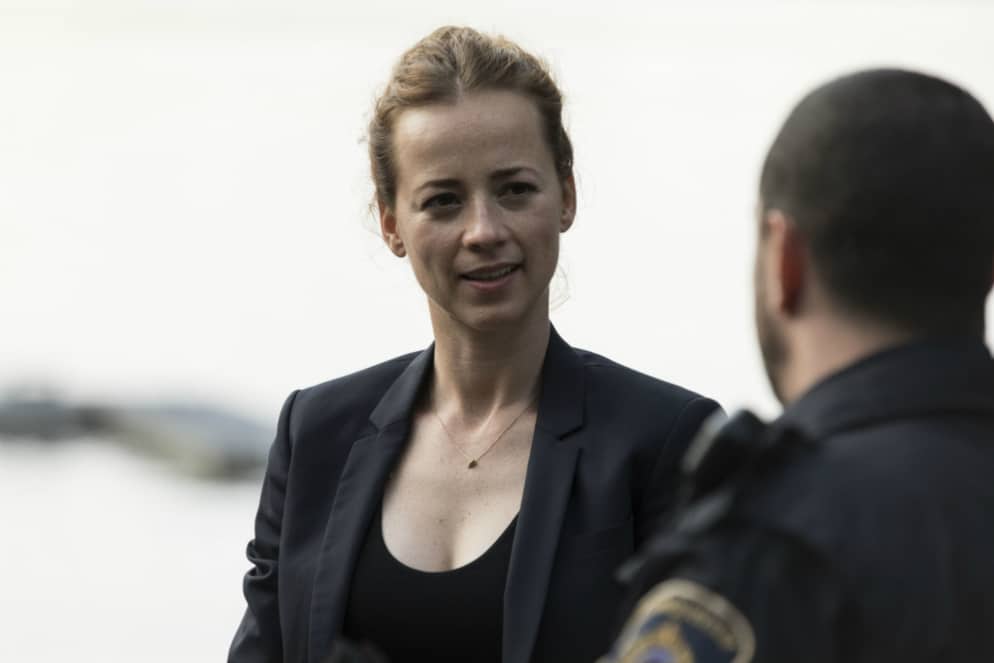 Karine Vanasse breezes into our interview space at the Bell Media building on a snowy and cold afternoon and warmly greets me with a huge smile and a “hey, I remember you!” (we talked with the Cardinal lead at the Canadian Screen Awards nominations announcement one year earlier).

The following is a condensed and edited version of our in-depth chat with the incredibly talented Karine Vanasse of Cardinal.

Brief Take: You seem to always bring out the best in your scene partners.

Karine Vanasse: I think that’s the nicest comment I could receive about my acting. That’s what I love—if I don’t connect with my partner, I feel like: “what’s the point of doing this?” And I feel like you can access truth on your own but it’s so much easier when you do it with someone else, another actor. So thank you for seeing that!

BT: You and Billy Campbell have a wonderful rapport on the show. He’s got a great presence and boy is he tall!

KV: [laughs loudly] I mean, can you imagine anyone else playing that character? I can’t. I feel like he created something very special. And you’re right, Billy’s tall. You see how he is fragile and how he is hurt and how he is broken. In season 3, there’s that line that has been said about him: “a broken man with power”. I like that line, although I don’t see him knowing the power that he has. I love all the nuances that he brings to the character.

BT: And he has such a physically imposing presence.

KV: I have to wear high heels! [laughs] I feel like with Billy, it’s his voice, his look…but it’s the way the camera looks at us, at these characters on this show. All the different angles from just a little below up and from where we’re seated. I feel like with Cardinal, we feel the weight that he feels. With Delorme, as with many characters, I feel like we are a little isolated with our own feelings. Nobody knows what we are going through, but the audience sees it. That’s one thing that I really like about that show, which is that the audience knows so much more about the relationship that these characters have and how they feel about themselves than the characters themselves know. The audience has these little clues—the characters don’t yet have these clues. 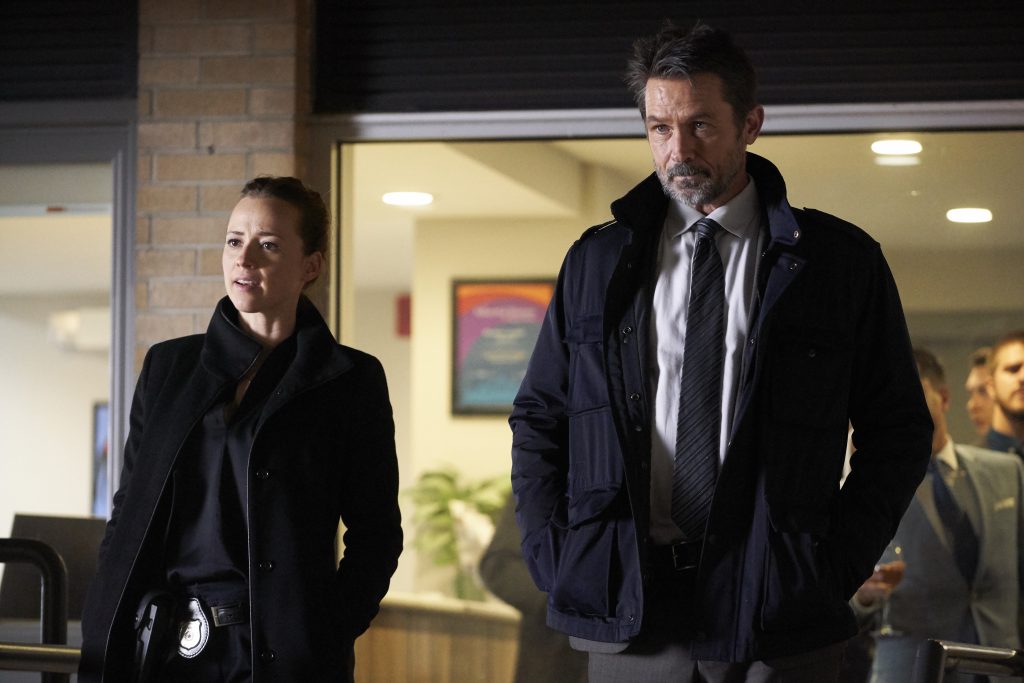 BT: Season 1 was very much about the snow and the winter, but now…

KV: I feel like Fall is still quite present, it’s haunting of course. And there’s melancholia—I mean, I love Fall. When we knew that we would be shooting season 3 in the Fall, I just felt like it was perfect, also in terms of what we were exploring—the themes that we were exploring this season: the death of something, the slow death of something, of someone, of an ideal. We’re about to start season 4 and once again, the theme, the season, how thought out the cinematography has been. I feel like all these elements are aligned. It’s awesome.

BT: An international audience has really taken to Cardinal. Why do you think the show has resonated with such a wide audience?

KV: I feel like it’s a very special show. It has a soul. So I feel like audiences respond to that. And it’s hard nowadays to make sure that your series will be seen, there’s so much great content to be explored. I’m really glad that our show is finding its way to the audience. If you create something that’s true enough, to the essence of the human experience, even if it’s a crime show, even if it’s a comedy, if you touch something [brings her fist down] that’s true—if you touch truth, people will feel it. I strongly believe in that.

BT: What was it like going back to Cardinal after you had your baby?

KV: I knew I would be back with friends—people I admire and people I trust, basically, and they make me happy. I hope that I’ll be able to project the energy that I bring back home to my son. Knowing that I work on a set that’s so healthy and grounded, I know that what I bring back home will be just as sane. 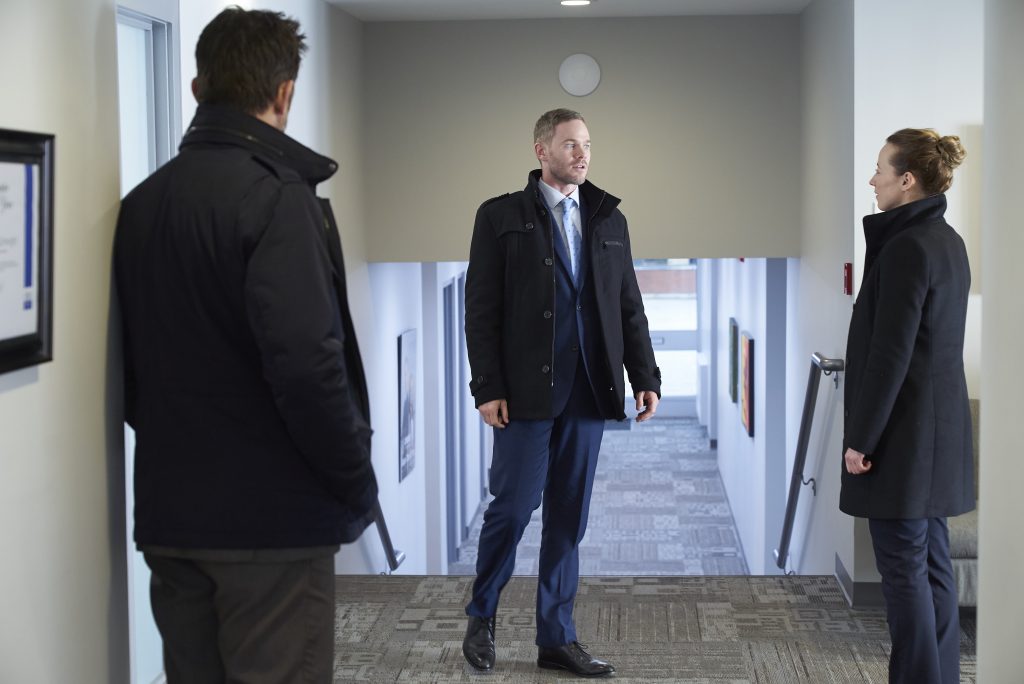 BT: This is a series that is grounded in empathy.

BT: What can be more empathetic than motherhood and having a child?!

KV: I don’t know. Sometimes your own personal life impacts your own empathy towards the character. And that’s why as you get older, I feel like sometimes people are like “Oh, is that how you are? Is that really your character?” But of course your empathy is going to influence how you play someone else. The challenge is getting to really know them and to understand them.

BT: You have empathy in the way that you interact with fans as well.

KV: I mean, we’re doing it for them, and we’re lucky enough nowadays to have a direct connection with them. So to feel the impact that certain scenes have on them—that’s my reward. I really appreciate that they take the time to write and they’re really respectful. I love that relationship. It’s always impressive to me to read a tweet from someone in Turkey saying “I can’t wait for season 3 to air!” or “When’s it coming to the U.K.?”. I like that, so knowing that stories could have an international appeal- once again when there is some truth to them- to witness that is why I love this job and why I’m so grateful when I’m part of a show or a film that gets to travel.

BT: I think that people respond so well to you because you’re so genuine.

KV: Hopefully, I don’t know. [laughs] But that’s why I love this job—it’s about my empathy when I play a character towards that character. I feel like it’s also the empathy that little breach that the audience might feel when they are looking at a character—or being moved by the character and [sighs] there’s this little opening of “ahhh, okay, so now they understand a little better what people might be going through” or to just pay attention. Once again, even if it’s just just a crime show, you can leave with something that opens you up a little bit towards certain situations. But it could be done through comedy as well. I feel like it can be explored in any kind of genre. Even like Pan Am, I feel like Pan Am was quite—not funny, but it was light at some points, but at some others it was quite serious. It touched on, like I remember that episode in Berlin. Like whoa! That was intense. So I think that you can find that zone in—not every project, but I like to find those projects that might have a chance to resonate on a deeper level.

BT: Can you believe that your debut was twenty years ago? Do you have touchstone moments?

KV: Yeah,  Emporte-moi, Set Me Free. It’s kind of bizarre to think that I’ve been doing this for twenty years now. I know that with Pan Am, when Colette sang the German national anthem, I know that was wow! People who were moved by that scene, they were really moved by it. I can see those moments in which I felt like “Yeah, I can see the sense of it all”.

BT: Do you have collaborators with whom you’ve worked that stand out for you?

KV: Oh! Denis Villeneuve from Polytechnique. There’s an acting coach to whom I love to go back in L.A., Joan Scheckel, and the community when working with her and the kind of people I find who are attracted to the kind of work she wants to explore and it’s just…you have to find your family. That’s one thing I’ve learned over the years, is that you do have to find people with whom you can really relate and with whom you share a similar sense of why you are doing what you’re doing and why you care about what you are doing.