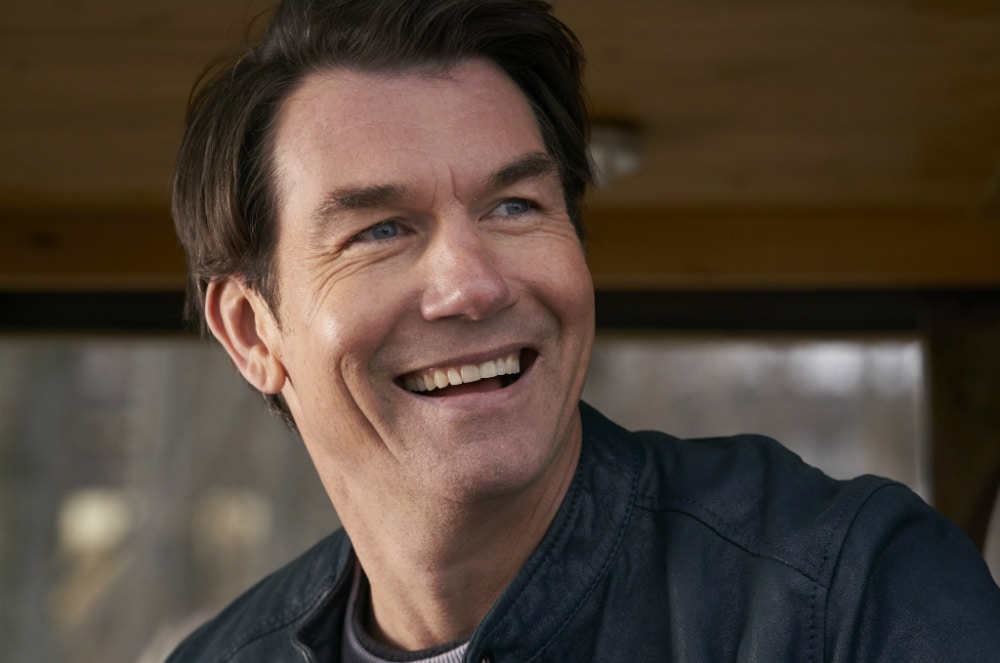 Interviewing Jerry O’Connell is always a memorable and special experience. Even though here at Brief Take we have a general rule about not interviewing the same person twice, we readily agreed to do another one with the multi-talented star in support of the new season of Carter (because interviews with Jerry are always a blast).

We began the interview while he was sitting in the make-up chair at The Marilyn Denis Show‘s green room and ended it on a couch in the same location. Jerry provided some hints into what’s to come on Carter, and the following is a condensed and edited version of a chat with the always entertaining Jerry O’Connell.

*This interview originally ran on November 1, 2019*

Jerry O’Connell: You’re right, I don’t work with the police any more, that’s a big difference, I’m a Private Investigator…

JO: I am Magnum! I’d have to say, I was really into it and it was really a childhood fantasy for me.

JO: To be a television P.I. The first thing that they did was they got me a cool car. And I have a line in the first episode in which I say: “Listen, I’m a Private Investigator now. Every television Private Investigator has a signature ride”, and I gotta admit, driving around in that car, I felt like Magnum of North Bay, Ontario. It’s a convertible, it’s a ’73 Pontiac, fresh paint job, little to no rust, I felt really cool.

BT: Did you do your own driving as well?

JO: Of course! They put me in Hawaiian shirts… 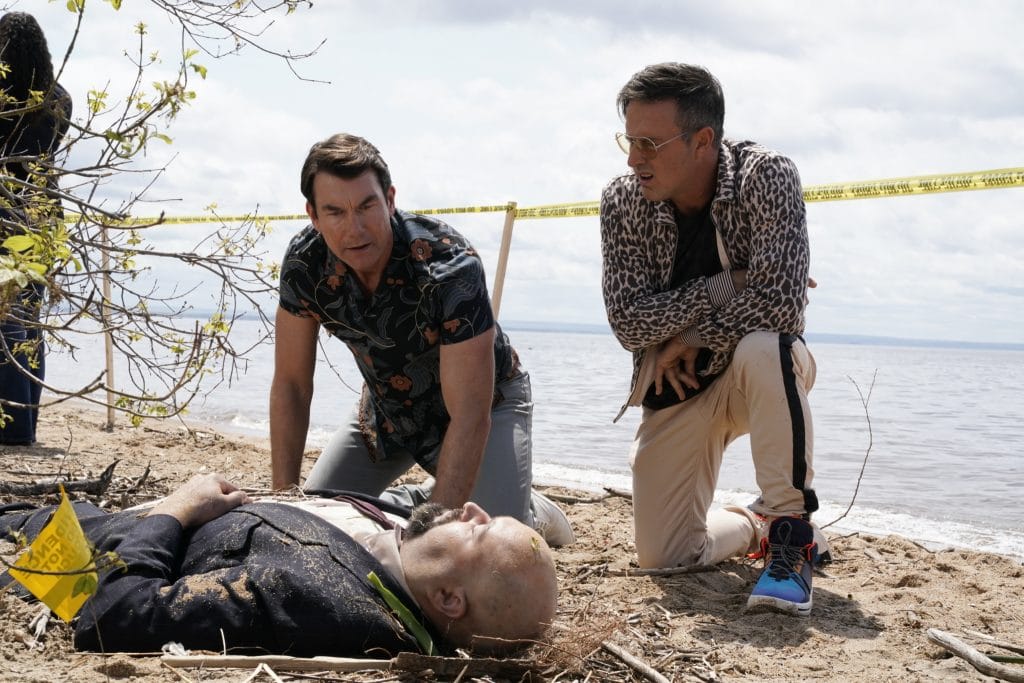 BT: You need the hat, too, but that’s not your team, you’re a Dodgers fan.

JO: Yeah, I’m not a Detroit Tigers fan, Magnum’s signature hat. I’m now a North Bay Battalion OHL fan. We were there when the Raptors won, that was pretty exciting. We went to a sports bar called The Moose in North Bay and I was astonished at how it seemed to me, all of Canada was rooting for the Raptors, it was really something special. Our newest co-star, Lyriq Bent, drove down from North Bay to go down to the parade.

BT: How is Lyriq as a part of the team now?

JO: He’s the best. I’m very grateful to him because he’s not only a good scene partner, but he is so physically attractive. It takes a lot of pressure off me to have to get Botox continually and try to look good on the show. I let myself go a little bit this season because I knew he was there. I did work out with him a few times, shoutout to the North Bay Goodlife Fitness.

BT: You’ve been there with Kristian as well.

JO: Yeah! [laughs] I think that we were more drinking buddies. But I worked out a few times with Mr. Bent and I could not lift my arms for two weeks. With the assistance of one arm helping the other arm, I could lift it. He’s not only a great actor, he’s physically in peak condition. I had no previous connection with Lyriq, I met him on day one of filming the show, but he’s such a great addition to the show. When you do a show that makes fun of all procedurals, you still have to be a procedural and still be dramatic, and he really helps. You should not only watch him in Carter, but you should watch him in The Affair. 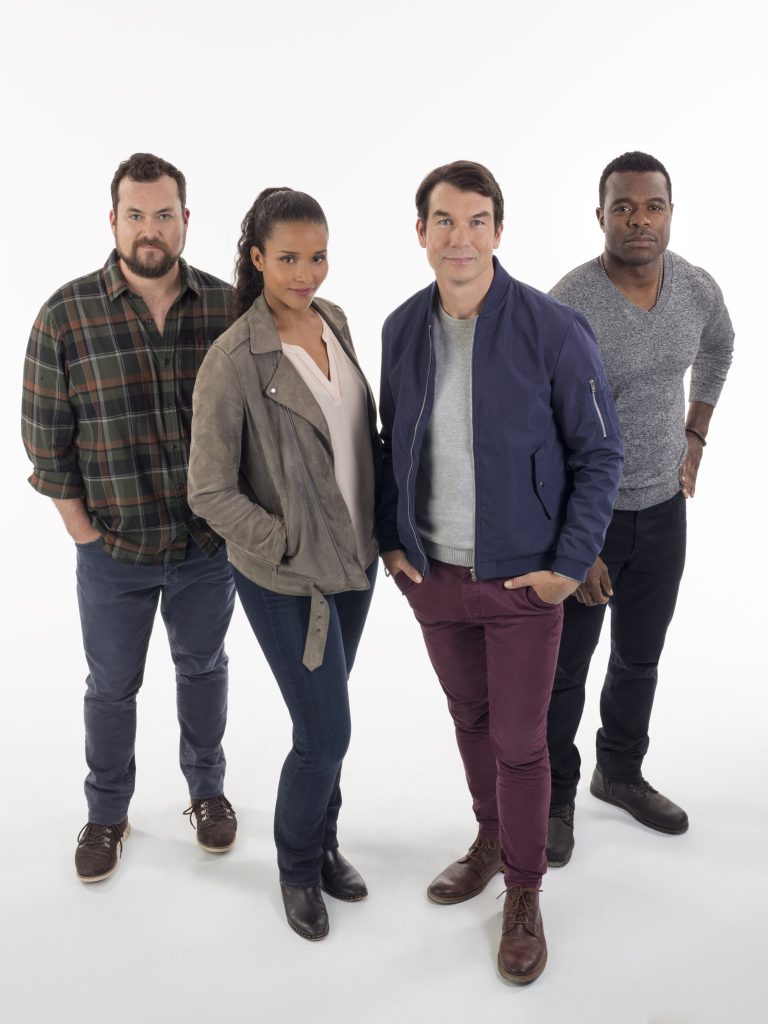 BT: How did you enjoy hosting Jerry O’ in the summer?

JO: I really enjoyed it. It was way harder than I thought that it was going to be. With my experiences with The Marilyn Denis Show, The Social, co-hosting with Kelly Ripa, filling in for Wendy Williams, because these are established shows that happen every day and have for years, I’m not kidding you, I thought that every day I was going to work about an hour and a half.

I thought that I was going to roll in and roll out. We taped it in New York, my family came, I thought that I was going to hang out with my family for the summer. It was way more work than I anticipated. It was every day all day, every day all day. My day would start at six, we’d see what the Kardashians did the night before, what Kanye said, or if the VMA’s were on, what was happening with Shawn Mendes and Camila Cabello, and we’d write a 20 minute monologue, from about 6 a.m. to about 8:30 a.m. You basically have to write 20 minutes of material in 2 and a half hours, it’s frantic. You perform it at 10 and then after that, we had many taped pieces and we did other things. I dressed up as Dr. Phil and gave people love advice and it never ended. Then, and then, your day finishes around 5 or 6, it’s an 11-12 hour day, you go home, you have a meal with your family, and then at 8 p.m. you have to watch Bachelor in Paradise from 8 p.m.-10 p.m. because you are going to be talking about it the next morning. You have to watch it and take notes, you can’t just watch it.

I will tell you this, it was fun doing the Jerry O’ show. It’s funny, if it were to go, and these are highfalutin’ problems to have, but I don’t know which one I would like more, I don’t know if I like doing the scripted Carter thing, or the live show. I will say this: I thought I’d like the live show more because it was going to be significantly less work. You know, on Carter, we work an average of 14 hours a day, and I thought working on a talk show would be a lot easier. It was not. [laughs] 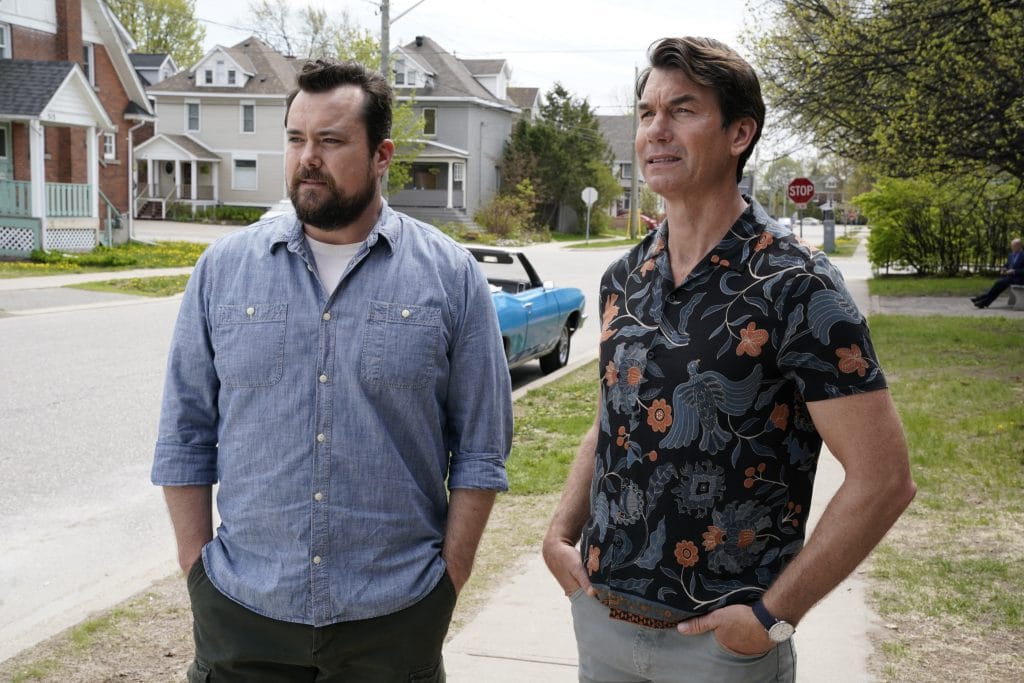 BT: And on top of those projects, you’re now also on Star Trek.

JO: I do a voice on an animated Star Trek. Super funny, called Star Trek: Lower Decks. It’s going to be really funny, and the guys and girls who write it are very dialed-in to the Star Trek canon except that this is the animated, crazier version of everything Star Trek. I can’t believe the knowledge that these guys and girls have that write Lower Decks. It’s crazy and it’s funny when I’m in that position because when they start talking about things that happened in Star Trek: Deep Space Nine, I have no idea what they are talking about. And I’m in a position in which I am afraid to ask, because I don’t want to lose my job or have people think that I’m not as dedicated as they are to the canon. But these people are true experts and they’re animating it. I think that people are going to really dig it.

BT: Your work often blends together. For instance, Carter is inspired by your work on Crossing Jordan?

JO: Oh man, you really know everything. I mean, I should explain, Crossing Jordan was a procedural network drama that I did for six seasons in which there was a body at the beginning of every episode, we met a bunch of suspects, and then at the end of the episode, it was usually the person that you didn’t think it was going to be, we tried to trick you. There usually was an interrogation scene, there often was a chase scene, depending on how much we had left in the budget. It was either a car chase scene or a foot chase scene and these are exactly the things that we do in Carter, except before we start the foot chase scene, my character will turn to Kristian Bruun or Sydney Poitier or Lyriq Bent and say: “If we had more of a budget, we would be in cars right now”, and then we usually take off on foot. That’s the most fun for me. Also, I didn’t have to do any research for this role because I had done six seasons of research when I did Crossing Jordan. I didn’t have to go full Daniel-Day Lewis mode and dress up as Abe Lincoln and not use a cell phone for months before I started the role of Carter. But I think it’s also being a procedural but making fun of them the whole time, so I think that people who like those procedurals, people who keep on Law & Order 24/7 in their house are really going to dig our show. 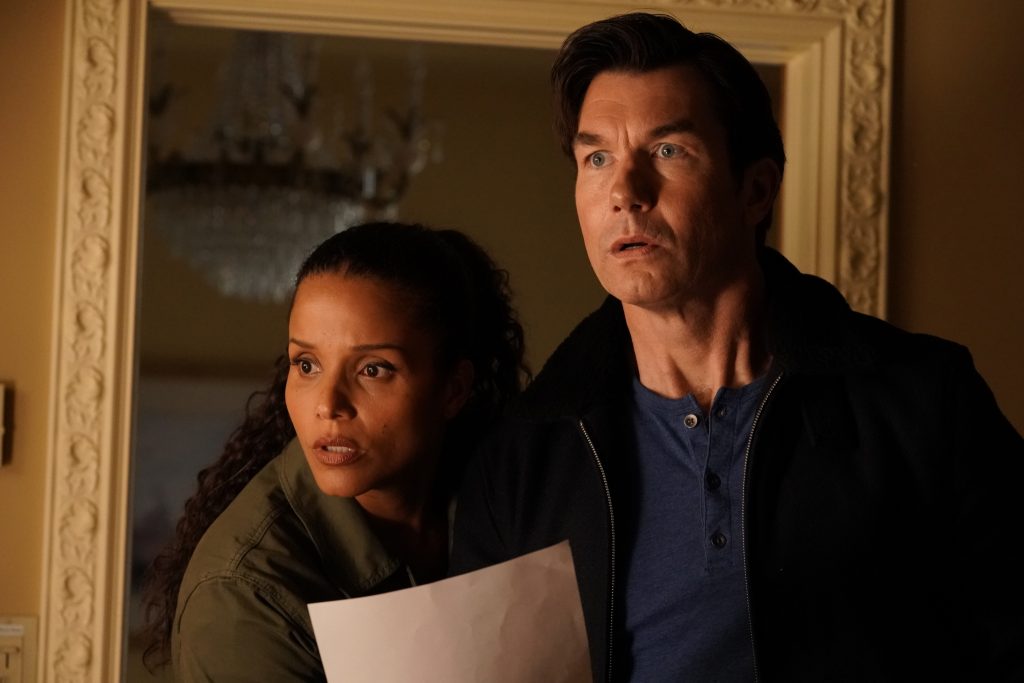 BT: How about the reaction around the world to this series?

JO: Carter has a little bit of a different model. There’s a lot of stress on how we do internationally. It’s not only how we do here on CTV Drama, the artist formerly known as ‘Bravo’, the show does really well on a channel called ‘alibi’ in the U.K. Fun little factoid about Carter: the show always does well internationally on networks in which Murdoch Mysteries does well. I had the honour of meeting Mr. Yannick last year at the CSA’s and I walked right up to him and I said: “I wanted to say hi”, and after I lost and got over it at the CSA’s, my wife and I went out to dinner with Yannick and his wife. It was super cool. I was crying the entire time and he told me to get over it, but I really enjoyed my time with him, he’s a super cool guy. I really like him, but it’s funny how it all comes back to Canada. [laughs]

BT: You were a highlight of the Canadian Screen Awards!

JO: I had a lot of fun doing it. By the way, we should talk to CTV Drama about doing a crossover with Murdoch Mysteries. Here we go! There’s a cold case that is never solved that Carter picks up and we flash back and forth between Murdoch trying to solve a case and then my character in the future trying to solve it, and then my character finishes what Murdoch couldn’t finish! And then we somehow through some parallel universe, we’ll get Sliders in there even, that other show that I did, and they meet up with each other and boom! 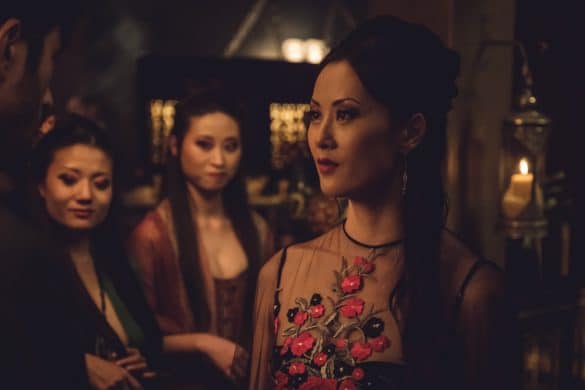 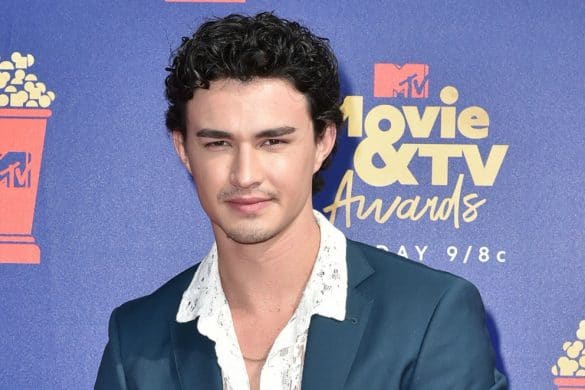 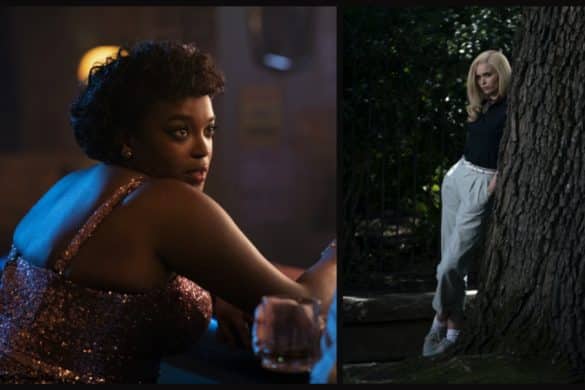