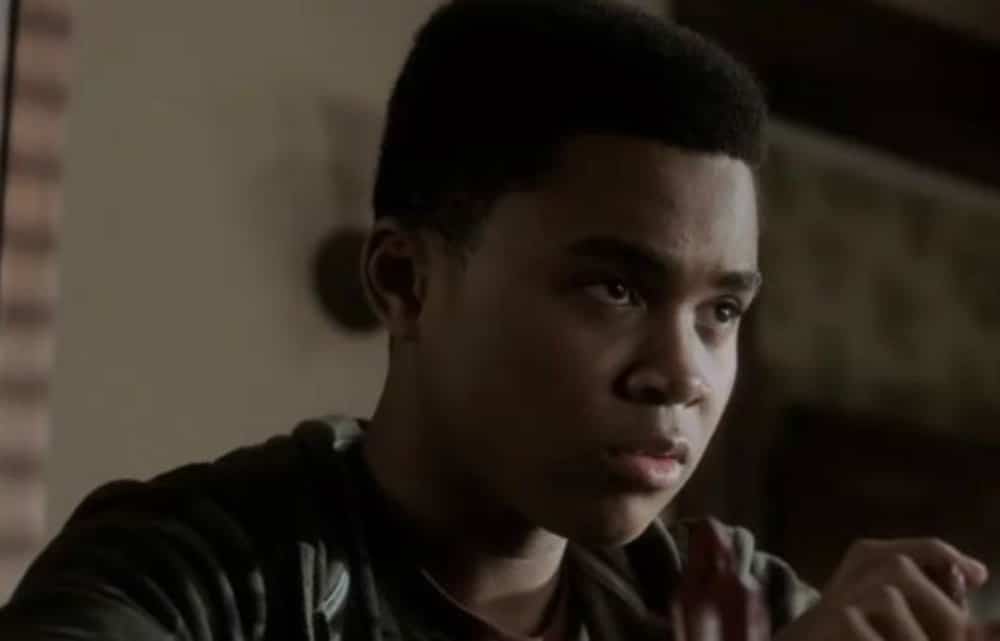 Chosen Jacobs can be seen on Hulu’s Castle Rock as Wendell Deaver, and it just so happens that he appears in It as Mike Hanlon, a member of the Losers Club. In both roles, though, even though they are based on the work of Stephen King, Jacobs presents a different side of himself, and the setting affects so much of what goes on. He is also a singer, and though born in Springfield, Mass., grew up in Atlanta.

The following is a condensed and edited version of our interview with Chosen Jacobs.

Brief Take: What was it about this Losers Club that made it so special?

Chosen Jacobs: From the first initial weeks, instead of shooting, they let us hang out with our acting coach for about a week or a week and a half. So before we were doing any work, we were just hanging out together, having fun and doing acting exercises. It got us loose together and we got to be friends, so when we actually got serious  and getting into the acting aspect of it, it became so natural, because we were actually friends at the time and we all liked each other, and all knew each other in real life. Different jokes we would say in real life related to how we would speak to each other in the script.

BT: You said that the summer of filming It was the most fun you’ve ever had.

CJ: It was! I would say it was my best summer ever, more so than it was just my favourite project, because it really was fun. People can always tell when you are having genuine fun. Your audience is smart, and I think Andy (Muschetti) knew that, and Barbara (Muschetti) knew that, and the whole team knew it, so they said “we’re going to get kids that act like kids” and to have fun, and are not too serious but that are professional. That, and to give us the trust and respect as actors, I think that really set us up for success.

BT: What did you like best about filming in Toronto and Port Hope?

CJ: I fell in love with Toronto because I love the diversity of the city and I loved the energy, and it really did feel like summer. Because outside of shooting, they could had made another Ferris Bueller’s Day Off type movie, because we were all hanging out in the city, and going to the mall, and really having such fun, outside of shooting, so I think that carried over into the set.

BT: What was it like to film in Plymouth for Castle Rock?

CJ: That was awesome because I got to see my family and my grandmother and my uncles and aunties, so whenever I wasn’t shooting we would drive up to Springfield and have some good food. It was football season so we would watch some Patriots games and things like that. It was a great time, and I had an amazing experience, I had a great time with my family. The hotel we were in, the people there were so nice. I know that this is sort of out of left field, but the people who worked at the hotel were phenomenal, and the food was great, and the hospitality was great, so I just had a really warm feeling.

BT: What was it like to work with Sissy Spacek on the show?

CJ: Yeah, Sissy’s amazing! She’s amazing. Just being able to work with someone with such an extensive portfolio is amazing. I learned so much just being in her presence and seeing how she works, and seeing how a professional behaves. And André (Holland), André is a very fascinating person. He’s such a cultured type of guy, and even though he’s a professional, he doesn’t mind reaching back and giving me notes. And working with Bill (Skarsgård), it was interesting because the first time working with Bill, it was all make-up, so I felt like whenever you have the make-up it distances you in a sense because he’s in character, versus now when he’s an actual person, a human, our relationship was more like “hey, how are you doing”, because it doesn’t have to be so much deep into the character as when you are transforming into a monster. If you know him in real life, you know that he is nowhere near as threatening or scary as he is on screen. Bill is a very likable, charismatic guy in real life, so he’s just a phenomenal actor. I just think he takes his role seriously. But he comes from an acting family, so I expect nothing less from him.

BT: Can you talk about your single?

CJ: The song “Me n Mine”, I just released about a month ago. I keychained it with the Boys and Girls Club of Georgia, because I grew up in Georgia, and more particularly, metro Atlanta. And because that was such a big part of my life, I love the character of BGC of metro Atlanta, and I just would love to give back. It was a dream of mine, because they gave so much to me as a child. I guess I’m still a child, but as a younger child.

BT: What do you think of the Atlanta entertainment industry?

CJ: I’m glad to see that the Atlanta entertainment industry is booming, and of course that’s great for your home town. I’d love to work in Atlanta. I’d love to work everywhere if I could. If I could work in every state at least once, I would do it. Because I love travelling, it’s my favourite thing to do, so I’ve been blessed with booking gigs somewhere other than where I’m at, at that point of time. I think that is going to be a big part of me and a big part of my career from now on, which is taking projects in a different environments than with which I am most comfortable. I will feel right at home.