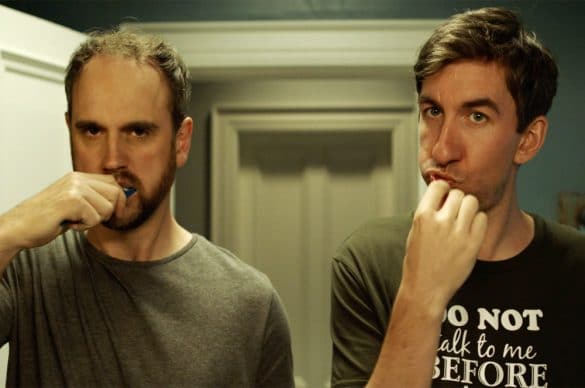 To say that there is a shorthand between Mark Little and Andrew Bush (of the hilarious new series Cavendish on CBC) would be a bit of an understatement. They always feel like they have an unspoken (or often times spoken) language between the pair and this translates into their TV series as well as conversations, as the two of them sometimes spontaneously seem to be doing bits or working on material for upcoming episodes. One thing is for sure, which is that these guys are riotously funny, and Cavendish is a hoot. What other series features send-ups of Anne of Green Gables and The Littlest Hobo?!

The following is an edited and condensed version of our sit-down with Mark Little and Andrew Bush on CBC’s recent Winter Media Day.

Brief Take: You have some great references to the CBC and to Canada on your show.

Mark Little: I mean we definitely didn’t want to be one of those shows that pretended not to be from Canada. We don’t want it to be alienating to potential international audiences, but I feel like we watch British shows and ninety-five per cent of the jokes are universal and then five per cent are references to politicians you’ve never heard of. But as a Canadian watching that stuff I don’t feel necessarily alienated, I’m like “I bet that’s funny to them, I’ll wait for the next joke which is coming in 15 seconds”. We kind of wanted most of the jokes and the content of the show to be relatively universal. If you like comedy of a certain type, especially comedy that plays with genre elements, you’re going to like it, but then every once in a while, we want to toss out a Littlest Hobo parody in which we tilt it on its head a little bit.

Andrew Bush: I think that it speaks to small towns everywhere, the way that Letterkenny or even Trailer Park Boys don’t shy away from being from Canada, but I also think it’s relatable as well. 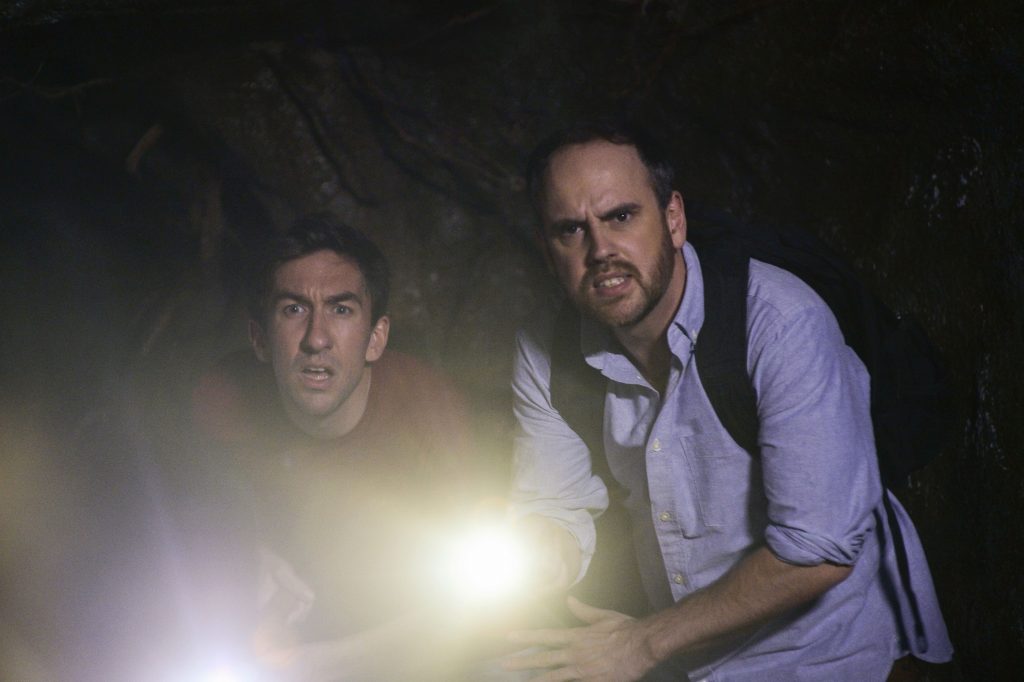 BT: This series and many on the CBC schedule are very East Coast, but are you guys East Coast?

AB: We’re both from the coasts.

ML: I would say that I have a West Coast sensibility, as weird as it is.

ML: Every comedian that I know from Vancouver is absurd. Vancouver loves absurdity and the East Coast loves character comedy.

AB: Yeah, but I don’t necessarily love character comedy. Am I a character? [laughs]

ML: Well, I don’t mean character comedy in the sense of playing a big character, but digging into people.

AB: Yeah, that is true, I do love to dig into people.

ML: And I like magical creatures in the sky! [laughs]

ML: It’s not exclusive to one region, but…

AB: … Yeah, I do feel like the East Coast definitely has a lot of character. I mean they have Bette MacDonald and Cathy Jones and Mary Walsh and all that, they’ve very character-based.

ML: Yeah, you go to a comedy show on the East Coast and you’re going to see comedians do versions of people from their neighbourhood, and it’s very relatable and it’s satirical in that element, and you get a lot of gut reactions to that type of person. Like almost every East Coast comedian that I know has their Newfoundlander or their Islander or their Nova Scotian, even. Whereas everyone I know from Vancouver, maybe it’s just because Vancouver doesn’t know what it is, like we kinda know about the Yoga pants and hiking thing, but it’s not overly interesting to us, so in lieu of that we sort of reach into the absurd [laughs] and all that nonsense. 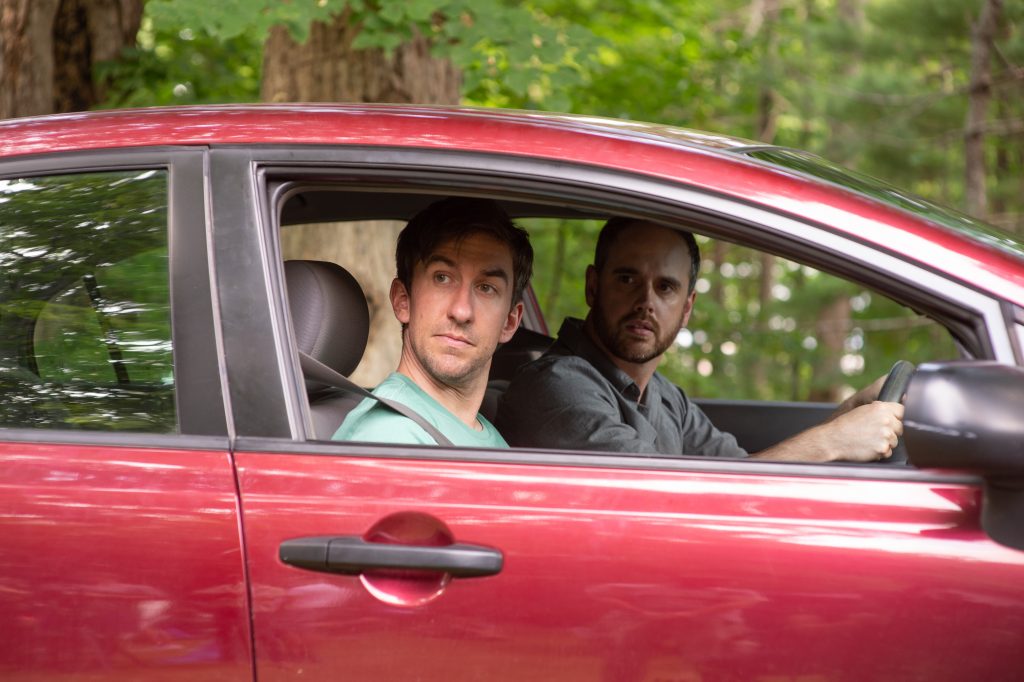 BT: Everyone seems to know you guys from Picnicface, but not to be able to place it.

ML: I think that we like to say that we’re from Picnicface, and then when everyone doesn’t know what that is get furious.

AB: [laughs loudly] “You don’t know what Picnicface is?” And then we get really silent and don’t talk to them.

ML: Oh, we can stonewall people with the best of them.

AB: Yeah, that’s true. You get to see the instant reactions.

ML: Like, the number of times we’ve failed, trying to stretch a little outside of our comfort zones. Live comedy just hones you. My goal is to never become so famous that people will embrace whatever you say, do you know that fame? Let’s just say that if I reach a certain level of fame, I can’t wait to weigh in on Christianity.

ABh: [laughs loudly] Oooooh!!! I will never be that famous, so I don’t have to worry about it.

ML: I can’t wait to become so vocally atheist, I’m just joking, like really alienate a bunch of people who came at me with open hearts and minds. [laughs] I can’t wait to turn my Twitter account into a real black and white affair.

[They both laugh really hard]