In a weekend featuring the premiere of Avengers: Endgame, ME! and the Battle of Winterfell, look out for the Netflix Original Chambers. Its viscerality and heart-pounding action is truly affecting.

We were incredibly fortunate to have the lead of Chambers, Sivan Alyra Rose, speak to Brief Take in an exclusive one-on-one phone interview where she discussed playing the role of Sasha Yazzie and her approach as an artist. Above all, Rose was candid in our chat and provided an incisive perspective on the supernatural thriller and her life thus far.

The following is a condensed and edited version of our conversation with the enthralling and refreshingly honest Sivan Alyra Rose.

Brief Take: What has it been like to reunite with everyone on the press tour?

Sivan Alyra Rose: That’s been absolutely amazing. I love Uma (Thurman) and I love Tony (Goldwyn) and I’ve actually made genuine friends within the cast. Everyone was super and it was a “like old times again” kind of feeling. 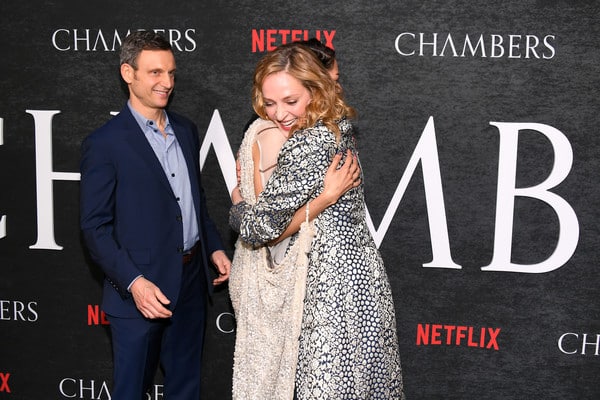 BT: What does it mean to you to be the lead in this series with this group?

SAR: The nicest thing is that I don’t feel like the lead. [laughs] It’s so nice that this cast, that we genuinely got along and wanted to make friends and be there for each other, because during filming everyone had some hard scenes, and we counted on anyone in the cast with which to talk or be there or to be like: “Hey, you okay? Do you need anything?”. It was so nice to have that love. We’re all so comfortable with each other, we’re all these old people in our minds in these young bodies. Everyone was surprised that I was 19. One common element is that we’re all tall as hell, this is a tall cast. Poor Keke (Simpson), I think that Keke was the only tiny one in the cast, but she wears six-inch-heels, so she’ll be fine.

BT: Your performance on the show is incredible.

SAR: Thank you for saying that. Thank you. I really do appreciate it, I do. I feel like I put in a lot of hard work. Everyone else in this cast also put in the equal amount, if not more. I just hope that what’s received is that we made something real right now in a world of façades. 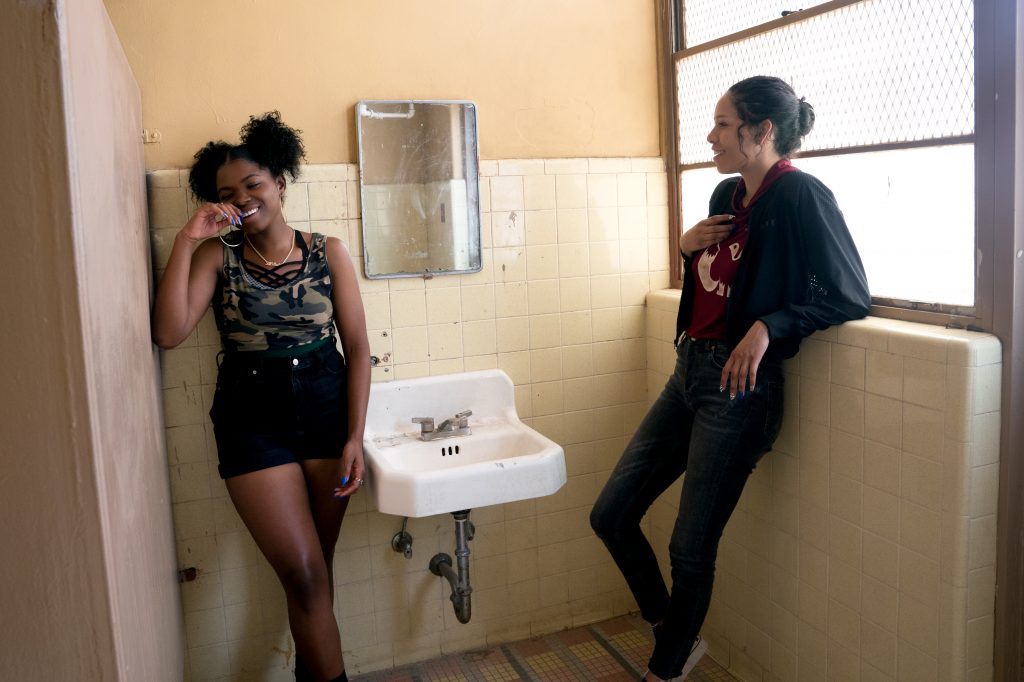 BT: How does it feel to play Sasha?

SAR: I wanted to create a girl that I wish I was capable of being: confident in her sexuality, her relationships—very open, honest, sweet—but also has an edge to her, like you can’t fuck with her at the same time, so I just really took my time to create a character. I had little mannerisms that I would do to feel like Sasha and put me in her emotional headspace.

BT: Chambers has an incredible soundtrack. Is there a song that stays with you?

SAR: Funny thing for you to say, because on set when I would have scenes with no dialogue, I used music to help me find emotional context. So I would use music to drown out my emotions and help me stay somewhere. The director, Alfonso (Gomez-Rejon) and Ti (West), told me that they would have cuts with my music in the background and it would worked so well that they were like “we just have to put it in”. [laughs] The songs on the show have been with me since my adolescence, so it was great to hear them in a different context. I never thought I would hear them in this way. 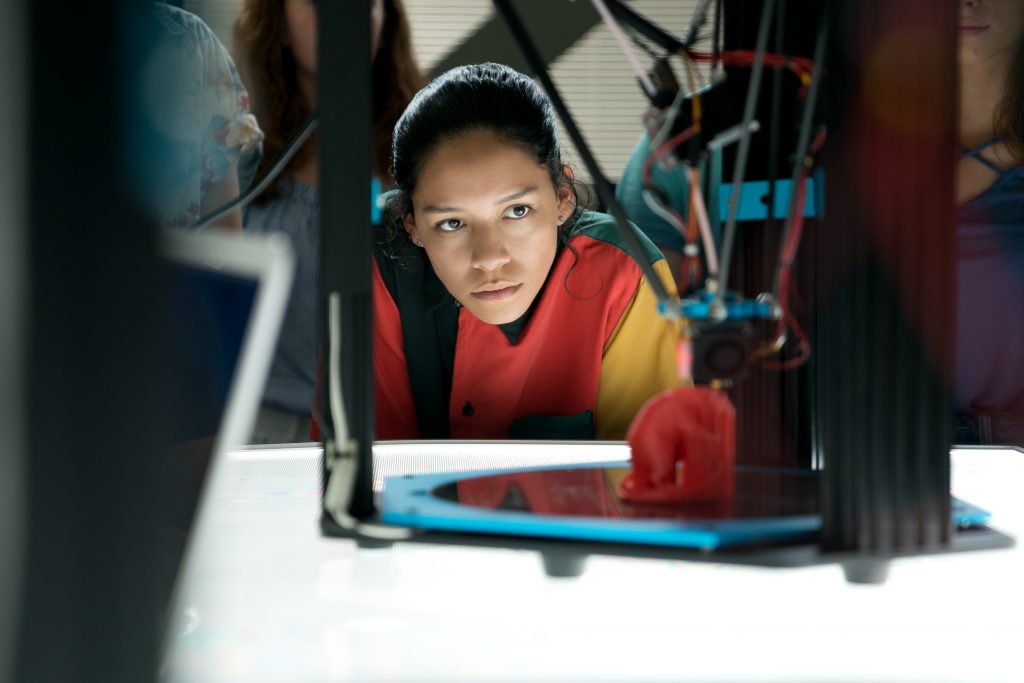 BT: How do you feel knowing that so many people are going to be watching and enjoying seeing you on Chambers?

SAR: I think that it’s nice to be well-received and that there is inspiration coming from this, but I’m a little dark heart and so I’m just going to be walking my dog like any other day. [laughs] I enjoy the good times, I let them roll and I revel in my moments, but it’s kind of like a golden egg, you know? I grew up on the reservation, so I grew up in a place in which hope runs so thin, and if you go with much less than you already have then you are basically in poverty.

So my perspective on the world isn’t an anarchist/realist view, it’s a Native girl who has been systemically affected by the government and has lived her whole life that way, and this is my chance to finally say that it happened and it’s been happening since the beginning of this whole fuckin’ country. Congratulations, in 2019, you’re woke to the angry brown girl, when I’m not the only one. [laughs] I have a unique perspective the way that my life has gone. I am thankful and humbled and honoured to be in such a fortunate situation and fortunate career now, but when I was 17, I was trying to commit suicide every week – I didn’t think about tomorrow. It was weird to fight your way out of it and then get somewhere really good that felt like a pipe dream. This could have been anything else, but I just happened to be with some of Hollywood’s biggest fuckin’ hitters, and I happened to just handle it well. [chuckles]

BT: It really feels like you’ve been doing this for a long time.

SAR: I’ve been saying that! [laughs] I have Sacheen Littlefeather to thank, she is someone who is a guiding saint to me about how I will choose to carry myself in this industry. Because when she didn’t accept Hollywood, she was like “I don’t want it, I don’t need it, I’ve got bigger fish to fry”, and that’s kind of how I want to look at it as well. At the same time, I don’t know why it feels so much like “not my first rodeo”, even though it is. 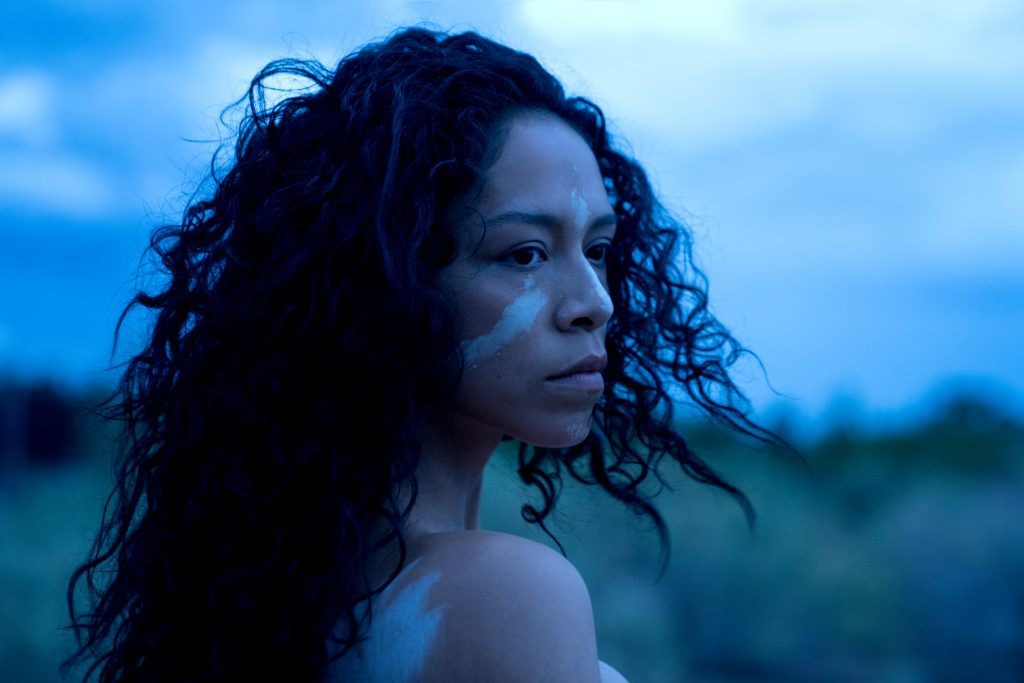 BT: This series is representative on many levels.

SAR: I’m all for representation of Native Americans in cinema, especially contemporary Native American stories. I like to say that real life is full of horrors and really traumatic moments, but they’re not all going to be covered in blood and from another dimension, sometimes it’s appropriating a culture that was affected by genocide and it will continue to be systemically erased to this day. Those are every day horrors. We’re not trying to put it in front like “Oooh, evil white people. Oooh, evil this, evil that”, no, it’s like this is the reality in which they live.

BT: What is something that you have carried with you from filming this series?

SAR: Well, I have carried the big title of “First Native American woman to lead a Netflix TV Series”, right? But I’ve decided to carry that emotional responsibility, and that’s just what I am now. [laughs] I’m super excited for the fame and the power and the glory, all the good stuff of being an actress, and getting the opportunity to have this platform to speak my truths and freedoms and hopefully do good for other people. But at the same time, if you told me, think about it really hard, what is your family doing now? I would say “my grandma’s on the couch, my mom is probably chillin’ at my aunt’s house”. Things don’t change some places, you know? I’m fortunate. Even though I come from a rocky place and a traumatic background, it’s nice to have positive constants for me to have been there. I’ve got cousins, I’ve got family, I got friends, and it’s all on this little patch of land right here. 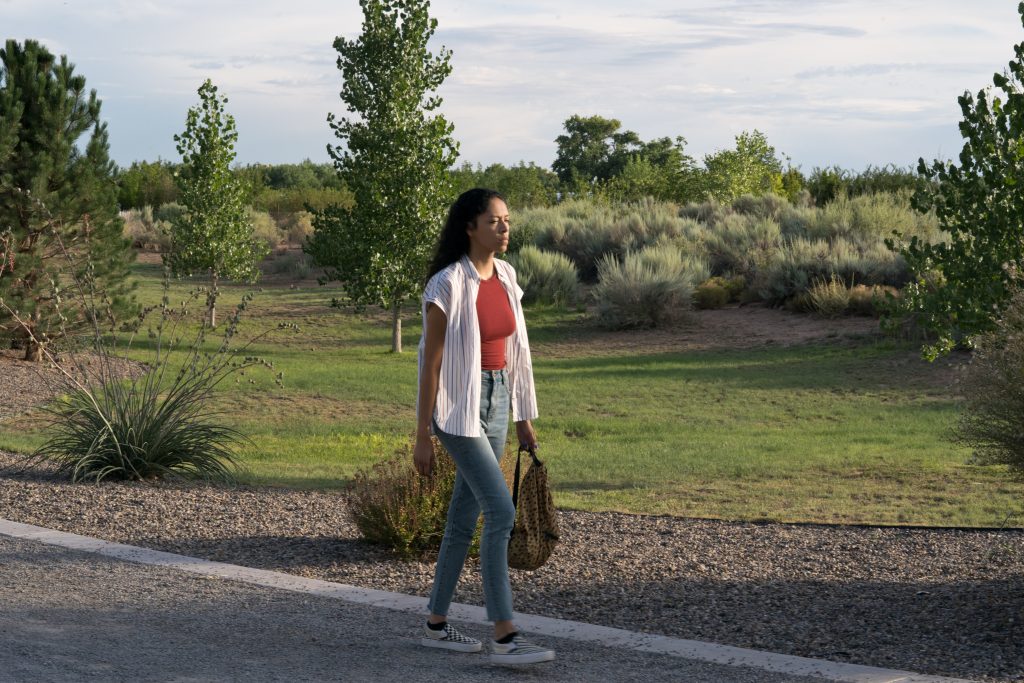 BT: And this is such a perfect series for Netflix.

SAR: Chambers is unique as to have 10 episodes delivered to you all at once, you can watch them at your own pace and your own enjoyment, but you control the pace at which you want to see the plot happen. You can watch it as one giant movie almost. [laughs] I think that what helped the overall creative environment of Chambers stay the way that it was is that everyone had a say. It wasn’t just one person driving the show, it wasn’t one idea being tossed and you had to ‘stay in the box’ kind of thing, it was like even if the cameraman said “Hey, try this shot. This might be a little better”, we would be like “Okay. Let’s see it.”

BT: What does all of this mean for you as an artist?

SAR:  Artist-model-actress, but art is the core and base. It sounds super hippie-dippie, but art is everything I do – it is the one thing that has kept me from going absolutely crazy or over the edge. I put my artistic and creative energy into everything I do, because that is how I feel that I live my day-to-day life, as genuinely as possible. When it comes to the future conversations of what’s next, I have plans of business ventures, I love to plan things for no reason. I have some children’s books that I’m illustrating and writing, these feel like passion projects to me, honestly. But at the same time I want people to expect a whole lot of the unexpected out of me, because I didn’t think I was going to become a historical figure at 19 years old, so I am going to keep seeing what else I can do.

Seeing ourselves in multiple spaces – whether that is acting, the medical field,  the collegiate field and athletics, STEM – seeing ourselves represented gives us hope, so I hope that people see Chambers and get some hope.

Chambers is now streaming on Netflix