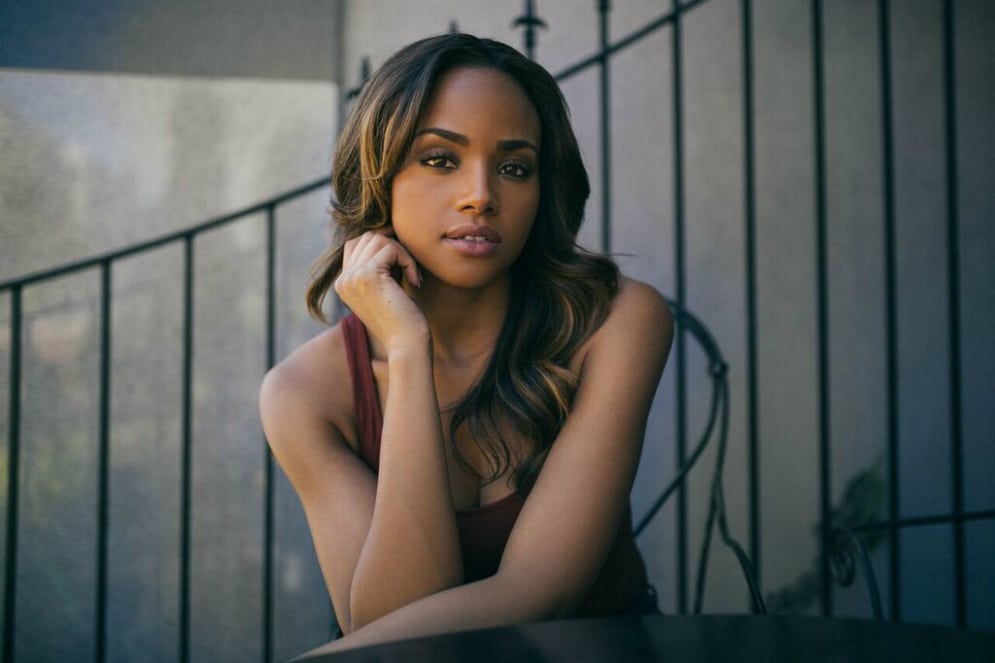 Watching Meagan Tandy on the series Charmed has been such a delight. I have been a big fan of the actress and her work on UnREAL, the LeBron James-produced Survivor’s Remorse, Teen Wolf, and now as the mysterious Summer on Charmed, airing Sunday nights on The CW and the W Network. The first-year series was just picked up for a full season, and we’re looking forward to seeing way more of the mesmerizing Meagan.

It’s also great to speak to someone so charity-minded with her organizations GIRL TALK and Empire Girls. In our exclusive interview, she reveals the origin and brings us up to date on why she enjoys being Summer on Charmed (and the shocking story of how she became Braeden on Teen Wolf). We are thrilled to present the following – a condensed and edited version of our interview with the respectable Meagan Tandy.

Brief Take: Why do you think people are connecting so much with Charmed?

Meagan Tandy: I really think it’s the diversity. It’s such an easy answer to go to, but it’s so true. When you look at the three leads, they’re completely different in and of themselves, and the fact that it’s a show about female empowerment and women coming together in the form of sisterhood. It’s a revelation that you don’t have to look like the girl next to you to have to be able to identify with her and to be able to work with her to try to achieve a goal. I think that it sends a bigger message than “oh, we’re witches that have powers”. The underlying message is that you can look like Macy, Maggie and Mel, and be strong in and of yourself and still be a powerful human being in the world. I think that it’s honestly a really awesome show. It’s been such a joy to be a part of the show because it’s so relevant to what is going on right now, and the relevancy makes it such a powerful show.

BT: What has been your favourite part?

MT: The mystery of what my character could end up being. It was a quick introduction for Summer, but it was a joke on set. I said to the writers, “Am I a succubus? Am I a demon? A witch? Am I her sister that she doesn’t know about?”. I was picking their brains, and of course, they’re not revealing anything. The mystery behind the scenes is comical for me personally, and was one of my favourite memories of filming that first episode. It may not even be so negative.

BT: What did you like best about working on UnREAL?

MT: Aside from being introduced to all of the sightseeing in Vancouver, being on set in and of itself. It was actually nice to see what it was like behind the scenes of a “fake reality show”. We were working with Sarah Gertrude Shapiro, who worked on The Bachelor, and picking her brain and seeing what it was really like on these reality shows was so eye-opening for me. It was a big takeaway, as everything is so produced, so for me personally, that was one of my biggest memories, that everything’s show business at the end of the day, not everything’s real. 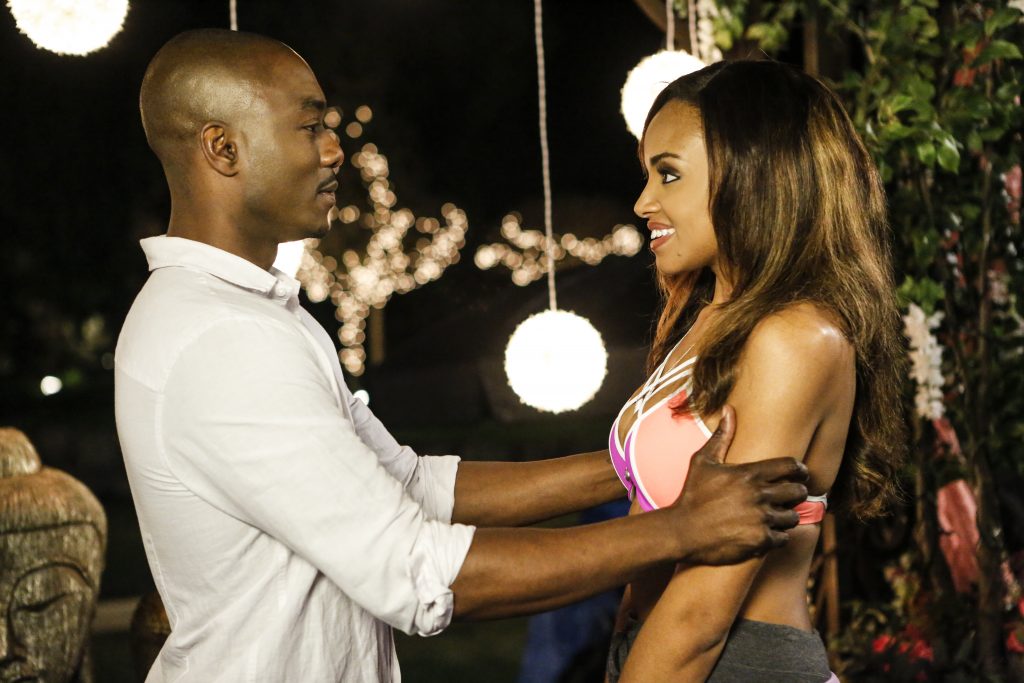 BT: You film Charmed in Vancouver as well. What is it about Vancouver that you like so much?

MT: I love the nature walks. When I was filming UnREAL there I would go hiking, and it was just so freakin’ beautiful up there. Here, I’m constantly working out at the gym, all that stuff in Los Angeles, but in Vancouver, it forces me to be outdoors and just enjoy the skies, the views, the water. I’m always working out in English Bay along the water. I just love the nature aspect of it, and it’s just so much different than Los Angeles.

Some people said that Rachel (Lindsay) (on The Bachelor) kind of spawned from our season because we had a black bachelor, so who knows? Maybe we had an influence.

BT: Tell me about your experience promoting Teen Wolf. It was such a huge hit in North America and overseas.

MT: Honestly, the international appeal for Teen Wolf is absolutely insane! When I started working on it and we started seeing the reactions from the fans, I just had no idea that we were gravitating towards people who were across the pond. So when I was asked two or three weeks ago to go overseas to France, to basically have a convention for Teen Wolf, I was just completely shocked! These shows are really making an impact. So when I did the convention a few weeks ago, I thought “oh, okay,  I’m just going to go over there, sign a few autographs, meet some fans and be done”. But no, they’re sharing their stories of how our characters helped them, how they look up to our characters, how it helped them through their situations. So doing the circuit and interacting with fans, seeing how its had an impact on them, it’s just given it more meaning. It’s awesome! 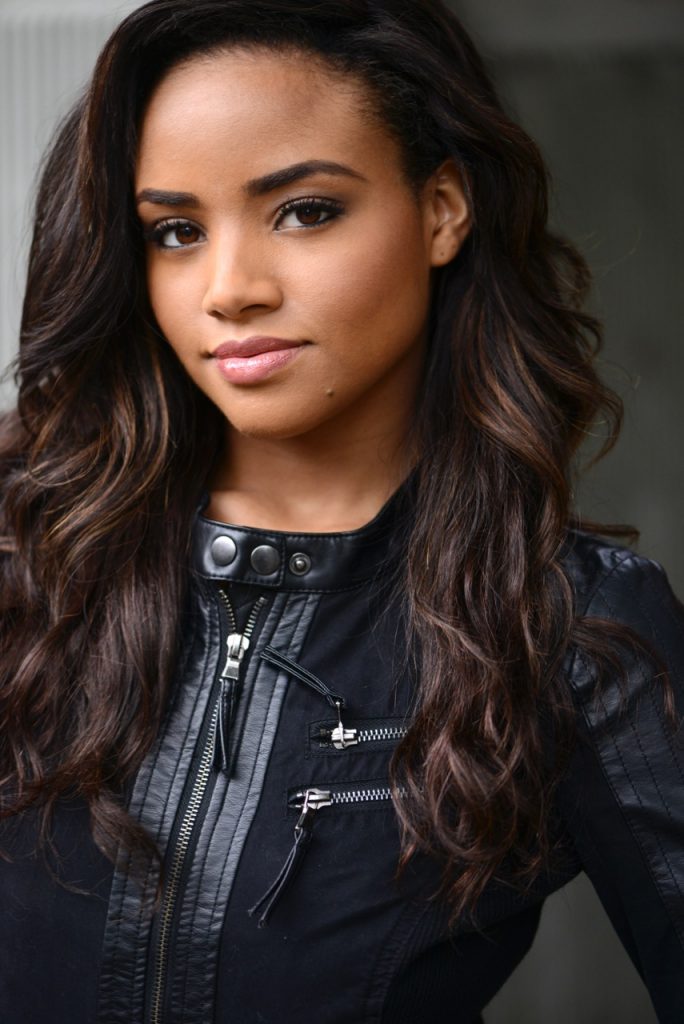 BT: Can you tell me about your charity work with GIRL TALK?

MT: Yes! GIRL TALK! I’ve become a full-fledged Meagan Tandy Foundation as of this summer. it’s about empowering today’s teens and young women. I just like in the United States, with Instagram and all of these Photoshop filters- you know, this, that and the other, women aren’t always feeling so empowered and we feel like we have to live up to a certain standard. What I stand for is girls just feeling empowered and strong and great in their own skin, and GIRL TALK is that convention, in which the girls can talk and it’s a day for us. And so Empire Girls is a new avenue. I do GIRL TALK once a week, but there were girls that were like “how can I do GIRL TALK on a more regular basis?”, so I was like, okay, let’s create a community online in which we can all tap in and chat and I can give them good advice, and we can meet a couple of times a year, and it’s something that can build us all up. So I love it! It’s my jam. I hope that it really really takes off and other kids will just love it.

The really awesome thing about my personal choice to be an actor is really genuinely just for the craft, just acting, but when you are an actor, what I learned from being on Jane By Design is that I have influence and I understand that influence. I feel like I cannot be in this position as an actor on television and not use it in some way, shape or form for something good. And now I feel like I have such a greater purpose in being an actor, because it’s what people are watching, and what am I going to do with it? Well, let me do something good with it, instead of posting my favourite selfie all the time. I want to continue to book jobs, so that I can pay my bills and everything, but it’s like “wait a minute, I have an audience here!” I can book more jobs to get more attention and then put out really positive messages. So it’s definitely given me more purpose. 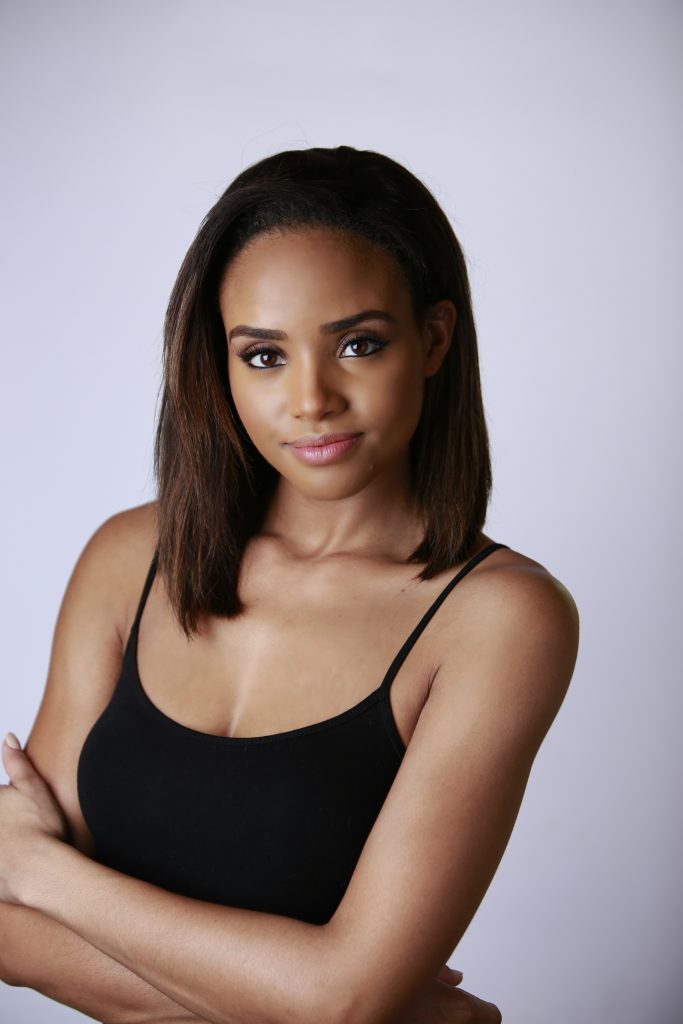 BT: What are some of your goals?

MT: I’ll give you a negative and a positive. When I was on Jane By Design, this is actually what sparked GIRL TALK, I received a lot of cyberbullying. And that’s when I realized that a lot of these kids are identifying your character with you as a human being and they’re not understanding the difference. So being cyberbullied had a very huge effect on me. It was not fun. I was receiving a lot of death threats, so that sucked, and it was my very, very first big job as an actor. But that’s what made me want to kick off me wanting to do GIRL TALK, so that was a benchmark for me. A positive for it years later was when I did Teen Wolf. I auditioned for a much bigger role at the time and I didn’t get it, and I was devastated. They were like “why don’t you just be ‘Mystery Girl’?”- that was my name- “and you’re going to be killed off in one episode”. So I chose to do it, even though I didn’t get the bigger role, because I wanted the experience. So I did the job, the one scene, and I ended up inspiring the creator and the writers of the show to create more for me, and just give me a presence on the show, and inspired me to get more followers and to do GIRL TALK. So those two things for me were just amazing.