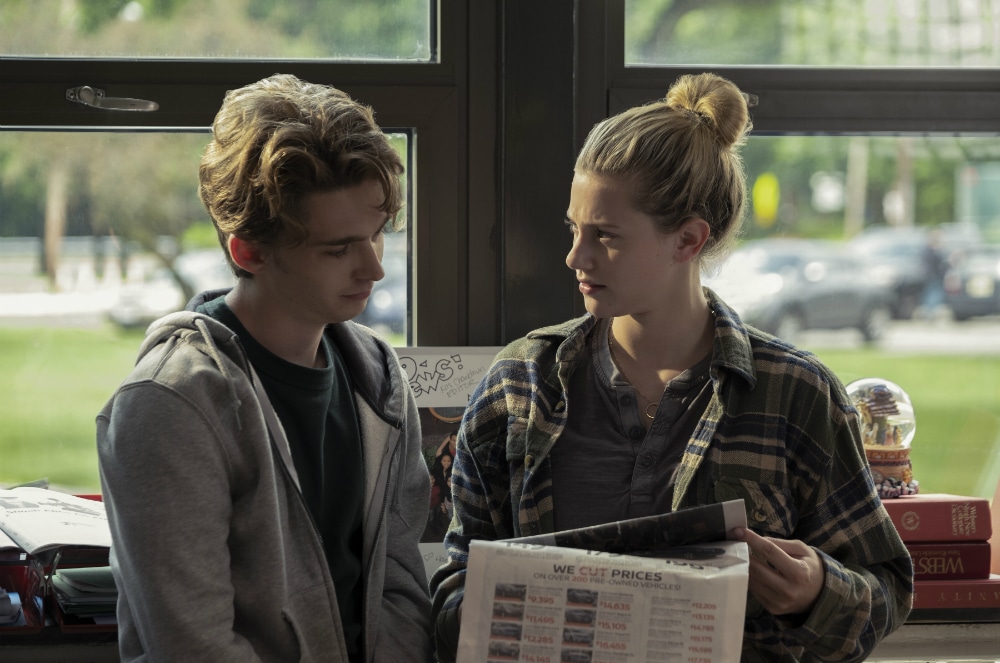 Austin Abrams is a talented young actor that we first noticed in an Amazon Studios title, the 2017 Mike White helmed Brad’s Status. Since then we’ve enjoyed tracking Abrams’ career, through his turn as a verbally abusive boyfriend to Hannah Zeile’s Kate in This is Us, playing another sort of mean character in the Ontario-shot Scary Stories to Tell in the Dark, through some lighter (relatively) turns in Sam Levinson’s extremely popular Euphoria, and what we are sure will be an fascinating title, Dash and Lily, for Netflix. Currently we are fixated on Abrams in another Amazon Studios title, the much needed refresher on teenage romantic book adaptations, Chemical Hearts, in which the talented actor plays the complicated Henry opposite the formidable Lily Reinhart (Riverdale), in Richard Tanne’s heartbreaking (and mending) movie.

We spoke on the phone recently with Abrams, who shared that he is challenging himself frequently as an actor, and came across as very relatable. The sky is the limit for this 23-year-old thespian.

The following a condensed and edited version of our candid conversation with Austin Abrams of Chemical Hearts.

Brief Take: What was your experience like shooting this film in the east coast, in New Jersey?

BT: How much do you feel the environment of Chemical Hearts when you are shooting?

AA: You feel it, especially because I would say that on Chemical Hearts and on Euphoria, I feel like everyone really did put everything they had into making it the best thing that they possibly could. When people really care about something that you can really feel, it’s really palpable. That sort of feeling definitely permeates the set and crew.

BT: You’re a giving actor. Do you feel you’re acting opposite your scene partner’s character or the real person?

AA: Hmm. Interesting question. I think inherently, both kind of combine and mix together. That’s a difficult question to answer. It’s not necessarily black and white. If we’re talking about percentages, it could be like 70-30 or something like that. But for the most part, I suppose you try and go through, because your dynamic with the person maybe when you’re not working could be completely different as opposed to the characters, so I suppose both the characters’ dynamic has to come first and has to be thought of at first. But that is a difficult question to answer as well, because they’re all different, every relationship that you have, because everyone works differently. 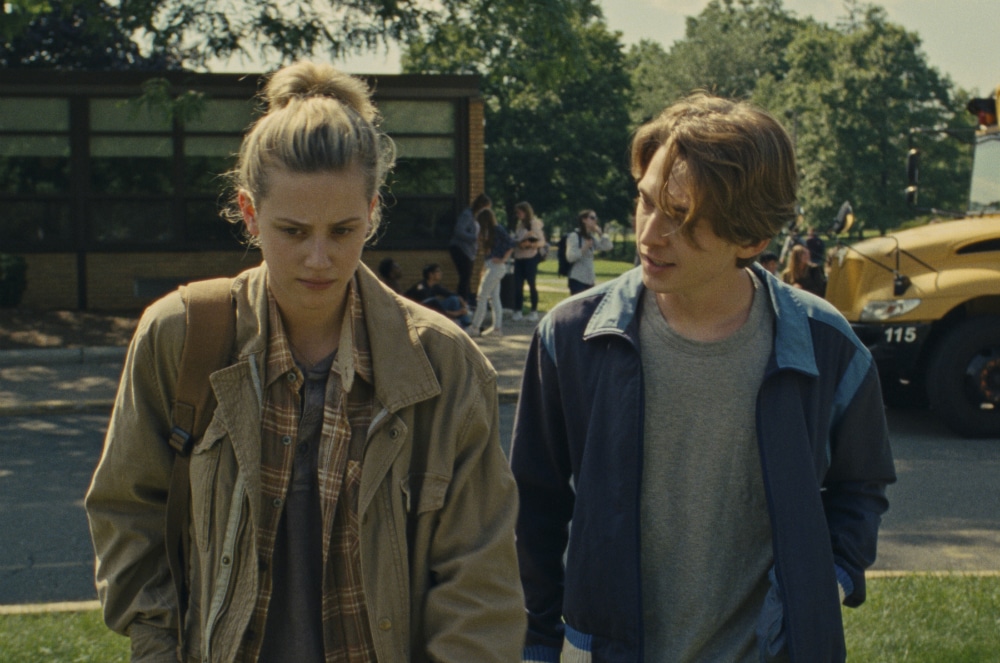 BT: What was it like collaborating with Lili Reinhart?

AA: Thankfully, we’ve known each other for a while, we first worked with each other when we were about fifteen, there is like an inherent trust there that we’ve had for quite some time and I think that this is really key, especially for something like this, in which [sighs] in terms of emotionally, you’re trying to expose yourself as best as you possibly can at the moment, so it was very helpful that we knew each other for such a long time, that there was an added trust component.

BT: You didn’t have to do a chemistry read?

BT: What kind of energy does Richard Tanne provide to you?

AA: He brings a very honest energy. He’s a great director, he’s wonderful at talking to actors, he also has a strong desire to work with you and the other characters. I would say that he’s bringing an energy in which he’s trying to make the best thing possible, he is very collaborative. It is a very positive energy, but at the same time he does have an idea of where he wants to go in terms of the story.

BT: What sort of themes do you lean into for this movie?

AA: I think that there’s a lot of first experiences for Henry and so to the best I could, as Henry, experience those things firsthand was a bit intimidating because you want to have those experiences for the first time as naturally as possible and you want to represent them as best as you can, so that people can watch them and I suppose relate to them. That is definitely an intimidating factor, and then also, Richard was a really great director. I watched Southside With You. Also, I feel like Henry is fairly vulnerable, and really tried to do the best I could to let in people or let him be as vulnerable as possible, that’s always an intimidating thing, because people are going to judge that, [laughs] judge that kind of vulnerability, and that can be intimidating, but that’s okay, also knowing there’s growth and I guess the need to let that go.

BT: Do you like that this is a kind of love story that doesn’t really offer easy answers? 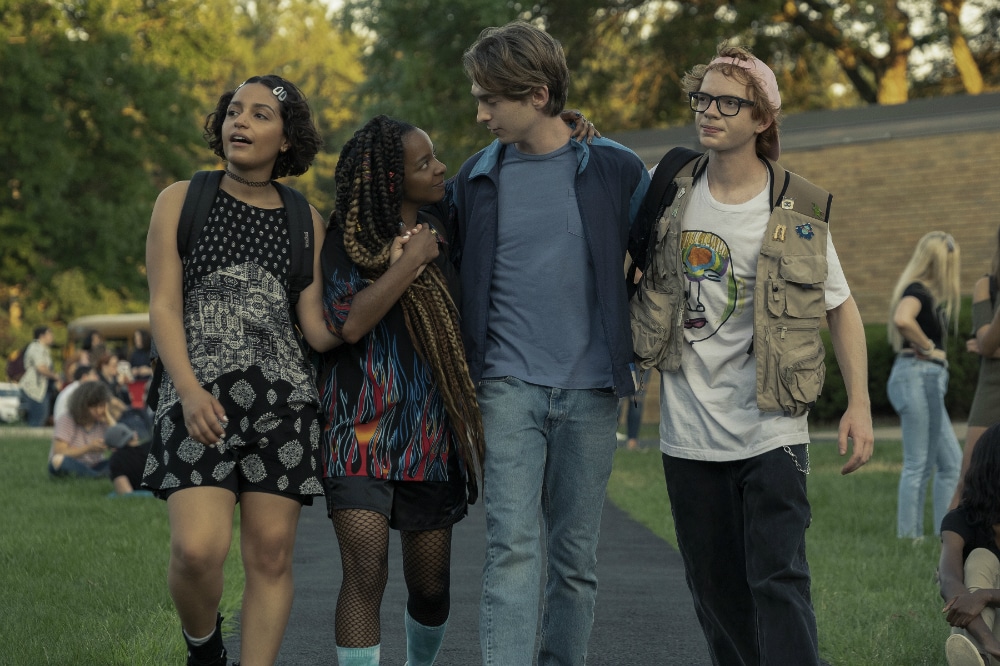 BT: What do you like most about working with Barbie Ferreira in Euphoria and being in that world?

AA: It feels great, Barbie is incredible. She’s a really incredible actor, which is friggin’ awesome. And then also Sam (Levinson) is a wonderful director as well and I suppose encourages you to be as honest as possible, which is great. You really do go off the chemistry that you have with one another. I’m just thankful to have been a part of that and I’m really happy that people responded to it because it is always nice to be a part of something that once it comes out, people seem to really connect to it and it really stuck with them. That’s a really good feeling, and then also everyone in that cast is so damn good and just to be a part of that ensemble, honestly, it’s really great. I’m very thankful that I got to be a part of that group of people.

BT: You must have really enjoyed doing the scarecrow scene in Scary Stories to Tell in the Dark.

BT: I’m very excited for your series Dash & Lily on Netflix as well.

AA: Yeah, we did that in New York in November/December and I’m really excited for people to see that. We literally did that in New York when it was a very different time in New York, especially at the beginning of this pandemic, New York was going through an incredibly difficult time and still are going through an incredibly difficult time, as is America, as is the rest of the world, so I am happy that it’s going to come out. I don’t know if people will get to be nostalgic or remember what New York was like a year ago, hopefully it will fill them with a good happy feeling. Yeah, I’m excited for people to watch that and feel that.

BT: You must have also had an incredible experience working on the series This is Us.

AA: Yeah, man. They’re really great over there. They’re really wonderful people and they are really focused on the acting, very much so, and the writing and they are very welcoming and want actors as much as they possibly can to do the best job, and for that, I have great respect. Yeah, I really enjoy working on that and really appreciate everyone that was a part of that. 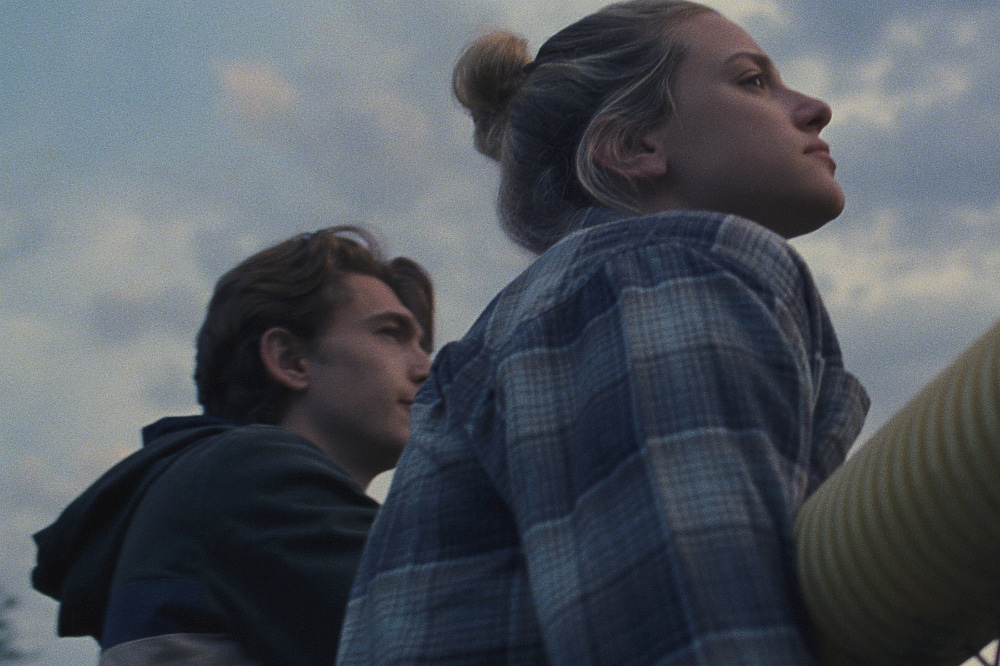 BT: What leads you from these projects knowing that these are things in which you would like to participate?

AA: Hmmm. Interesting question. Well, I do try and work with people that respect and actually challenge you as much as possible. And you try and find the most interesting characters as much as possible. [laughs] Also, at the same time, I don’t know, I don’t feel like I see anyone ever say this, but I’m a young actor, and you’re also trying to work as well, at the same time. [laughs] Which is also an honest truth. It can be very lucky to just be working, because there’s an extreme amount of actors that aren’t able to find work, so to be able to find work is something for which I am very thankful. But yeah, man, I think that I’ve been lucky to have directors and writers that are great and that challenge you and then also characters, I have been very lucky to find characters that are really interesting and have a lot going on. And yeah, that’s probably what you look for to the best of your ability.

BT: What kind of things do you watch and enjoy, the same way Euphoria has affected a lot of people?

AA: That’s a good question. I’m a movie guy for the most part. I like the classics, like Kubrick and Bergman. I’m a big fan of Heath Ledger and Daniel Day-Lewis, Joaquin Phoenix and Paul Thomas Anderson and it also changes so rapidly, because you see something and then now, maybe your focus is on that director or perhaps on that actor. It can just change so rapidly, at least for me personally. I suppose those are the things that I’m into.

BT: You spoke with us paired with Ben Stiller for Brad’s Status, another Amazon Studios movie, a few years back. How do you feel like you have moved forward as an actor since that time?

AA: That’s a good question. Another question that’s difficult to answer because personally, I feel like I ask myself that question all the time. Because honestly, you want to grow as best you can, and you’ll ask yourself: “Am I genuinely growing?” and that’s a good question. I loved being paired with Ben because he was pretty much able to do all the talking, which was fantastic. [laughs] Hmm, that’s a good question. I mean, just with age, you perhaps become a little more settled or comfortable with yourself or perhaps start to understand yourself a little bit more or maybe accepting of yourself or less judgmental, especially when it comes to doing interviews, it can kind of be: “this is who I am and I’m just answering some questions”, and whether I answer them “well” or not, I don’t know, you try to do the best you can. I try to answer your questions in a way as honestly as possible, but at the same time, I suppose, sticking to what I have as values.