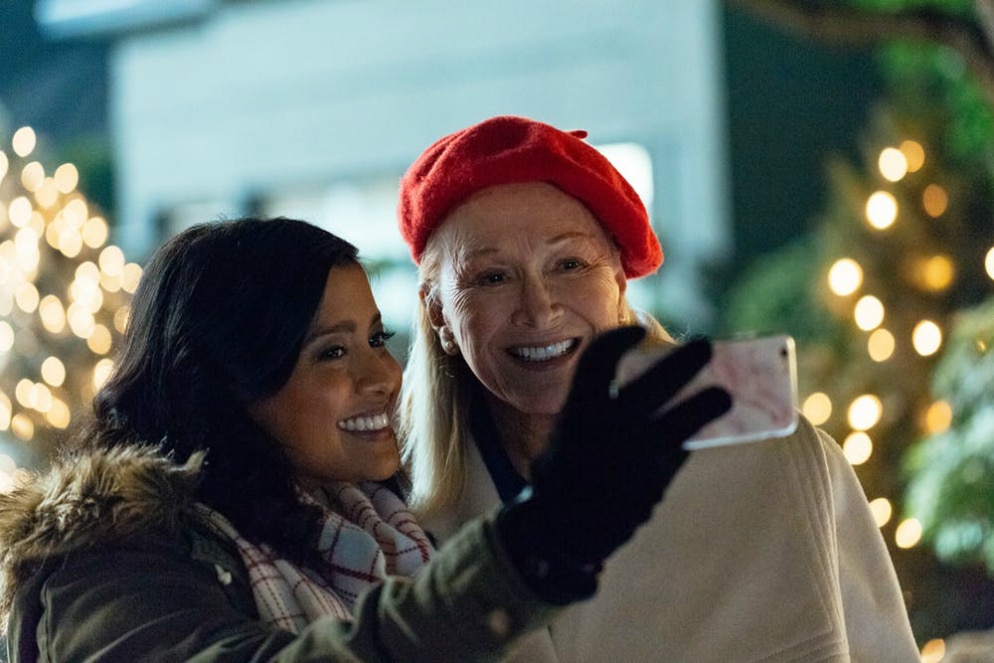 It’s not often that you get to speak with two stars of Lifetime’s holiday movies, let alone two intelligent and mesmerizing performers. As much of a thrill as it was to speak with Nicky Whelan, finally getting a chance to sit down and speak with Tiya Sircar was a holiday highlight and a half! In addition to saying wonderful things about Christmas Lost and Found (which is a fun title to say and according to Sircar is just as much fun to watch), Sircar also co-stars alongside the legendary  Diane Ladd. Coming up in 2019, you can also see the actress play the lead in the Netflix film Good Sam. Oh, and you better believe that we brought up The Good Place! (Which was renewed for a Season 4!)

The following is a condensed and edited version of our conversation with the bubbly Tiya Sircar.

Brief Take: I read that you made the town of Chilliwack, B.C. very happy when you filmed this movie there.

Tiya Sircar: I was not aware of the town of Chilliwack prior to this filming experience. [laughs.] But everyone was very nice, and apparently First Blood shot there.

BT: It is great that you are passionate and vocal about your beliefs and balancing those with your career as a performer.

TS: Thank you! [giggles] I know that between my Manager and my Dad, they say “Can you please stop talking about that stuff in a public setting?”[laughs] I know it’s not for everyone, but there are things about which I feel very strongly, and I think are worth discussing and opening up a conversation. I’m not under any illusions that I am going to go and change people’s minds on the Internet necessarily, but I grew up in a household in which one parent has always been quite conservative and a Republican, and my other parent is a liberal Democrat, and there was always lots of healthy and enthusiastic debate about all manner of sociopolitical issues. So for me, I think it’s normal and healthy to talk about these things and discuss them, and try to understand other people’s points of view and share my points of view. We’re all coming from different perspectives and there are important things happening in the world, and I think that there’s only so many gym selfies that one person can post or should. It’s worth discussing important things that are happening in the world that affect us, and maybe just encouraging conversation at least.

I’ll post pictures of a delicious brunch I had, but there’s a balance to everything. And I think that you can post a cute selfie when you are feeling particularly adorable, but it’s also like let’s encourage people talking about going to go vote during the midterms, et cetera. So there’s always a way to strike a balance I think.

BT: Let’s talk about some positives this year, including that you are toplining projects.

TS: The last couple of films I worked on that I just shot, Christmas Lost and Found included, it’s been really cool being involved in projects that I think maybe a few years ago certainly would not have gone to me. I think it’s a really exciting time to be working in my industry because I feel like there’s a palpable change that is happening. And just these last few projects that I’ve been working on, I know with great certainty that 5 or 7 or 10 years ago, when I first started working in Hollywood, these roles would not have gone to me. And here I am playing the lead for a holiday film for Lifetime, and in a multicultural family, like a biracial couple and a biracial family. It’s really exciting! I love that these types of films, and television in general, is just starting to look a lot more like so many families do in America.

BT: We are extremely excited for Good Sam!

TS: I’m so excited. I actually shot these movies back to back, so I was on one coast in Canada and then afterwards I directly flew to Montreal and shot Good Sam. Whenever I have shot in Canada, it’s only been in British Columbia and Vancouver, so it was really cool to go to Quebec and shoot there. The story is so great; it’s based on a book series and I love the character that I get to play, Kate Bradley. She’s this intrepid reporter, she’s fearless, and really competent and capable, and she uncovers this mystery, and there’s a little bit of a love triangle, there’s all kind of exciting stuff happening. I actually haven’t seen the movie so I can’t wait to see it myself, but I also can’t wait until next year when it will be on Netflix, and I can’t wait to share it with people. I’m really excited about it as well.

BT: And the best news of all, you’re no longer in a cocoon of goo!

TS: [laughs] Yes, that is especially exciting. I finally found, or Vicky, I should say, finally found her way out of that cocoon of slime, or whatever that was. [laughs] 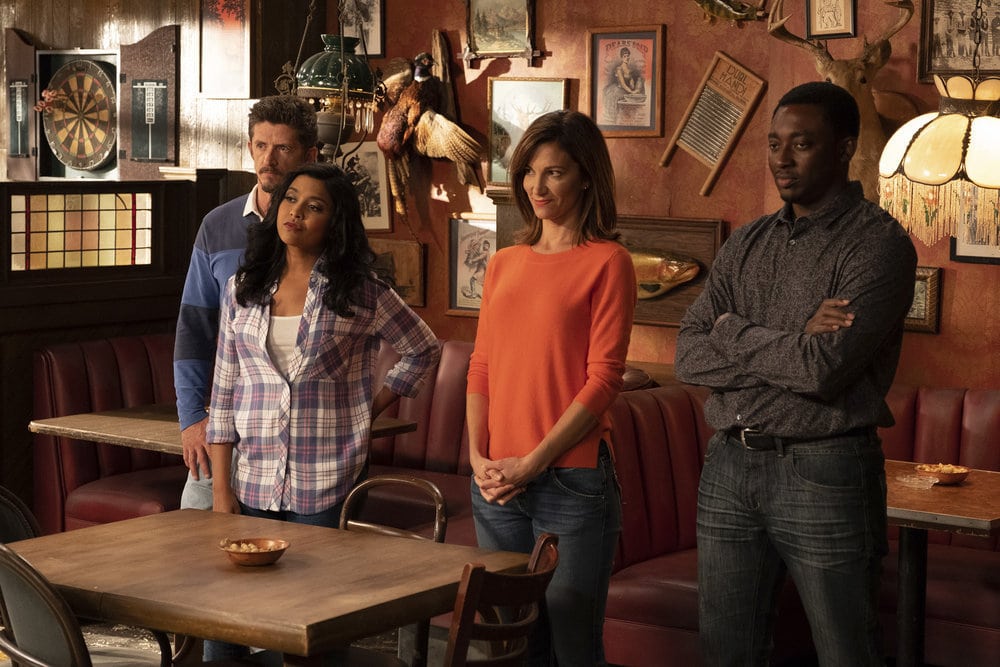 BT: What has The Good Place been like for you?

TS: Oh my gosh, it’s truly been one of my favourite jobs I’ve ever had. It hardly feels like work! People will often stop me and ask “hey, what’s Ted Danson like?” and “what’s Kristen Bell like?”. I know that they want the dirt, and I’m like “I’m very sorry to report that they’re the best”. Ted Danson is literally the best human that you’ve met. He is wonderful, as is everyone on that show. And Mike Schur, the creator of the show, is an actual genius, but somehow also the nicest person in Hollywood. It’s like, it’s not even real life. I don’t know how I got so lucky. As a viewer and as a fan, it’s my favourite show on TV, so the fact that I get to also be on it and play a character as ridiculous and delicious as Vicky is just beyond my wildest dreams. [laughs] It’s such a treat to get to come back to that show. I think they’re well aware of how I enjoy being on it. [laughs] You know, I loved playing Real Eleanor, but I certainly loved playing Vicky even more because it’s fun to be such an absurd person, but not person even. Yeah, it’s great. I mean the writing is wonderful and smart and clever; it’s one of those shows that I feel is funny on the surface, but then you go back and watch episodes past, and you know when Michael or whomever pulls up a screen and there’s all kinds of stuff on there? If you pause it and you go back and you read everything that’s on the screen, it is gold. It is comedy gold.

BT: What are your best memories from a series that you’ve done that is no longer on?

TS: I recurred on a show called The Crazy Ones. Robin Williams is and was an absolute hero of mine. Yes, as a comedic actor, but also as a dramatic actor. So I cannot believe that I get to say that I worked with Robin Williams, it is surreal to me. I worked for a show this past year called Alex, Inc. with Zach Braff, and I wish that we had gotten more time with that one. I really enjoyed the direction that show was going; that was a bummer. Obviously it was a thrill to be a female lead of a comedy, which is something that I have been working towards since I started working in this industry, and getting to work with Zach, whose work I have been admiring since Scrubs and Garden State. So those projects are ones I wish had gotten more time,  but on which I got to work with people who I really admire. 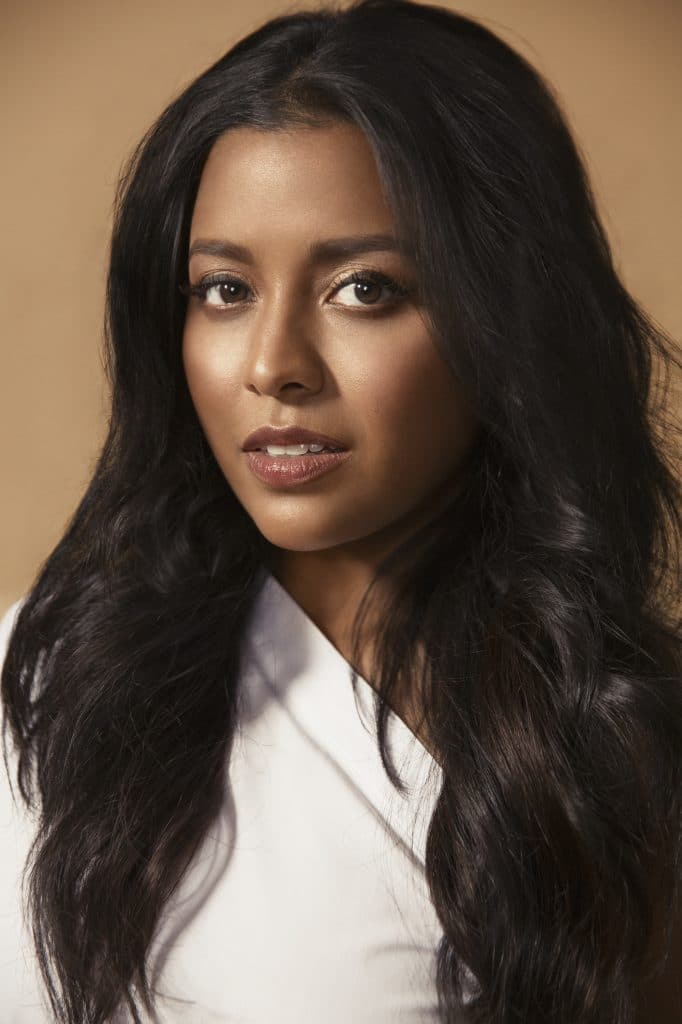 Christmas Lost and Found airs on Lifetime (as part of their #ItsAWonderfulLifetime programming) on Friday December 7 at 8pm.