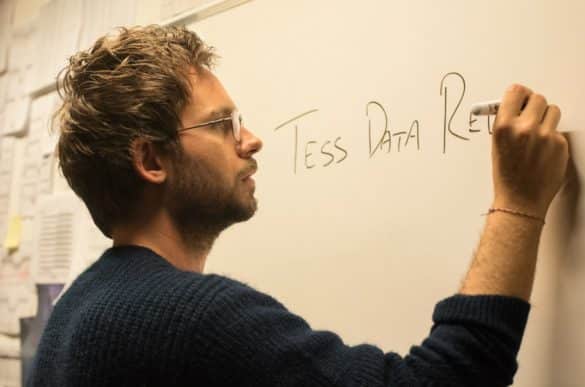 Interviewing Patrick J. Adams has been a lifelong dream (seriously), as we had known the actor waaaaay back in the day, which has made watching his on-screen journey an absolute joy. Our intimate discussion with him during TIFF was particularly elevated, and having the support of director Akash Sherman on hand, Patrick J. Adams revealed a trove of personal insights. In fact, although the circumstances were unexpected, it was a pleasure talking to him about his must-see film Clara, in which he appears as Dr. Isaac Bruno, who proves to be skeptical of love in all of its forms (actually proving love doesn’t exist in the opening scene).

The following is a condensed and edited version of our discussion with Canadian Patrick J. Adams about the film Clara.

Brief Take: Your dishevelled look in the film informs the character of Dr. Isaac Bruno.

Patrick J. Adams: From where we were at the time when we shot this film, I was feeling a little lost myself, unsure of what my next steps would be. I was heading into what would then become my last season of Suits, but I didn’t know that then, so I was really struggling. I was dealing with a lot of different things. I didn’t know who I was or what I was doing and how to sort of stay true to my impulses. I was doing this play, I was feeling exhausted, I was feeling heavier – I had put on weight – and I was like “let’s embrace this, let’s not freak out about it”. I grew the beard out, I had longer hair, and it felt right to him. I showed up in Toronto, worried that I wasn’t ready or what they say “camera-ready”. It was (real-life wife) Troian (Bellisario) (who plays Clara in the film) who went “this is exactly where you need to be. This is that guy; this guy has no idea what he’s doing”. “Embrace that, run into it, don’t run away from it”, so that’s what I tried to do with the performance. 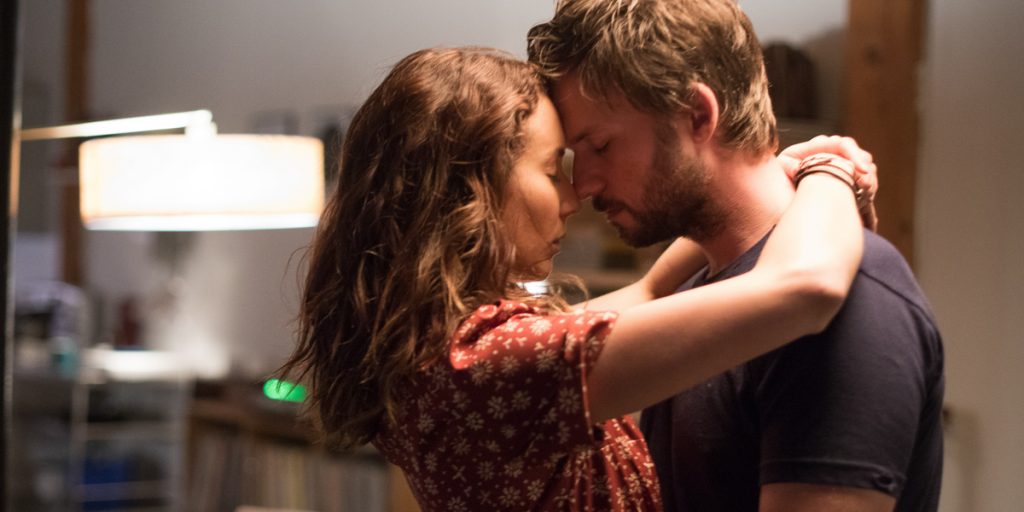 BT: There is a clue to be found in a vinyl record. Is there a suggestion that we should look backward as well as forward?

PJA: I never even thought about it that way, but I like that instinct a lot actually! Even though it’s in his apartment, it’s something that reminds him of Clara. Clara in the film for us was always out there, because he’s other. He’s in other places, Clara’s the one who’s saying (knocks table) “be here!” and while that might be the past too, it’s also tangible, it’s a thing, like right here, he can touch it. I feel like Clara is like the reminder of that, like she wants to put it on and bring it back into his life. All these answers you’re looking for, not all of them, they’re going to be a million light years away and a lot of them are going to be right in front of you.

PJA: [laughs] I shoot with film mostly now, too. There’s something about the analog that’s undeniable, and I think it’s that I love it because it’s present, it’s actually just right now. And it slows you down a bit, too. When you work with film, you’re now what you take it, you don’t get it. You have to wait until the next stage, and then until the next stage and you have to be present in each of those stages. But for me it’s a grounding force. Listening to a record makes me very present, now, and I think there’s something meditative and beautiful about those things. I take pictures with my phone, but you can take a million of them and they’re gone. When you take a picture with a Rolleiflex camera, I don’t know, there’s mystery to it. There’s this constant mystery along the process.

BT: The conclusion of the film is pretty open-ended. Without mentioning specifics, what does that ending mean to you?

PJA: For me, I get to the end of the movie, and even though I played him, I feel him, I feel there is resolve, I feel like there is something that has broken through for a person. The film is fun to watch. I think what happens to the character is so engaging and I think that’s why people respond to it.

BT: You have plenty of experience directing. What do you do when you aren’t directing a project?

PJA: In my time directing, I’ve learned, sometimes painfully, when I was new at this, I would insert myself into situations where it would cost us time. So I think that I’ve learned with my time when to lean in and when to back off. So I just saw windows where I was like “what do you think if we try this?”.

BT: Where do you see Clara in terms of your career arc and what has come before?

PJA: [laughs] I always wish I knew. If I were a smarter businessman or an artist, I would have a better idea of where I was in any sort of arc. Like most people I feel like I’m kind of making it up as I go along at this point. I know that the most important thing for me is following people. Something like this is something that I can could have easily said no to based on what it was on paper: a new director, young, a script that still needed some work when we found each other. But when I talked to him, I felt something click [snaps] and you go “it doesn’t matter”. Maybe this thing works or doesn’t work, I know that the process will be something worth going through. And right now, I don’t know what the arc looks like but I do know that I want to fill the journey with as many people who inspire me as possible, because these are long hours, and it gets emotional and it gets exhausting and it gets scary, and the only thing that keeps you going is saying “I can’t wait until I get to set to play with my friends, to see what we can do together”. I want to entrust in people I believe in, and whether they’re 21 years old or 70 years old or if they’ve made six Oscar-winning films or zero films, it doesn’t really matter to me, it just matters if that switch gets flipped. [snaps again] 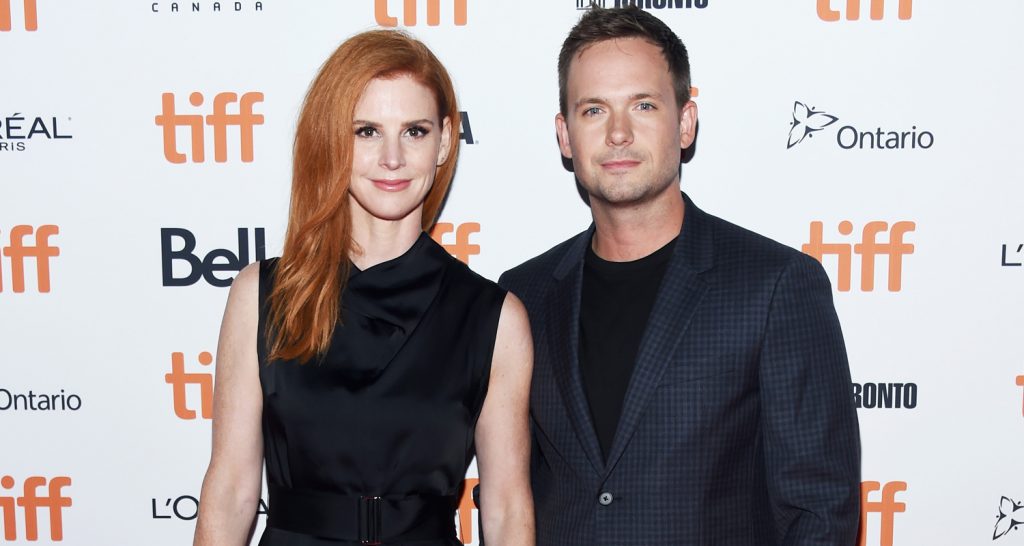 BT: The outgoing of well-wishers from your Suits cast that are supporting you proves that your peers really enjoyed working with you.

PJA: I feel like I’m a pretty good person to work with and I really like people who welcome me to the table and allow me to have a voice beyond “hey, can you hit your mark and say your line and go on?”. I feel like that’s how I really get something out of the process. I’m not good in just staying in my lane as an actor. Sometimes that’s not a good match. But I’ve learned that’s who I am, what I want to do, and I want to be part of things that want me to be a part of them in a way that’s deeper than that.

Clara opens in theatres across Canada on November 30