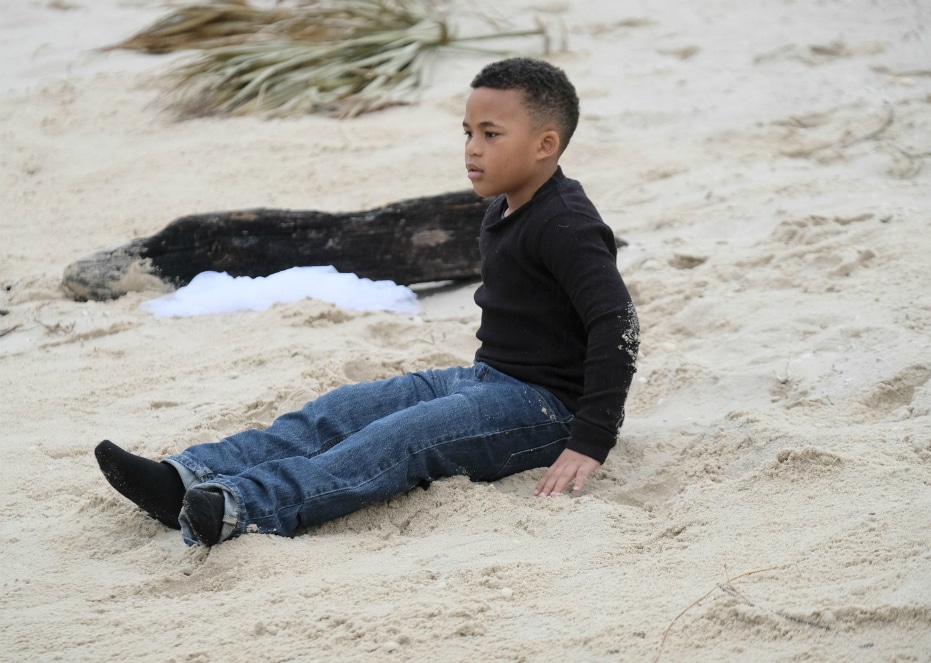 One of the highlights of the Marvel series Cloak & Dagger is seeing the portrayal that actor Maceo Smedley brings to the role of young Tyrone Johnson in flashbacks, and how he works so well to bring the character to life. The show introduced Smedley to John Legend and reunited him with Joe Pokaski (who created Cloak & Dagger and was previously a producer on Underground, a WGN original on which Smedley starred).

Here is a condensed and edited version of our fun interview with Maceo Smedley.

Brief Take: How did you feel about Marvel’s Cloak & Dagger when you first read the script?

Maceo Smedley: I was kind of nervous because it was the first Marvel TV show that I had ever done. But as I kept going, I definitely realized that this was the most awesome thing that I could do, it was great!

BT: Why is the show special to you?

MS: Because of the emotion of the characters and how great the actors are in terms of how they could fit into their roles. I always think about what is going to happen to my character and how I’m going to bring it to television, because if something is real, I want to make sure that I brought that. I try to keep the same mindset as when I filmed Underground, just think about what’s going to happen and what people are going to see, and what my emotions are going to be.

BT: How did you feel about the stunts?

MS: Before I started filming I knew that I would be swimming, but I didn’t know that I would be doing the stunts that I ended up doing – it was a big surprise that I would actually be doing my own stunts.  My first stunt that I did, I was a little nervous about it. But once I did it the first time, I was like “okay, I can do it”, and once I kept doing it, I got a little less scared than I was at the beginning. Thankfully, Underground was filmed in New Orleans, so I knew the area pretty well.

BT: What do you like to do outside of acting?

MS: I like music. I listen to music a lot. I like play football, football is one of my favourite sports. My favourite artist is Post Malone.

BT: Did you have a favourite artist whose music energized you while filming Cloak & Dagger?

MS: I thought about John Legend a lot! On screen I can switch emotions really quickly, and listening to John Legend inspired me.

The next explosive episode of Freeform and ABC Spark’s Cloak & Dagger airs this Thursday, June 14th at 8pm/7c