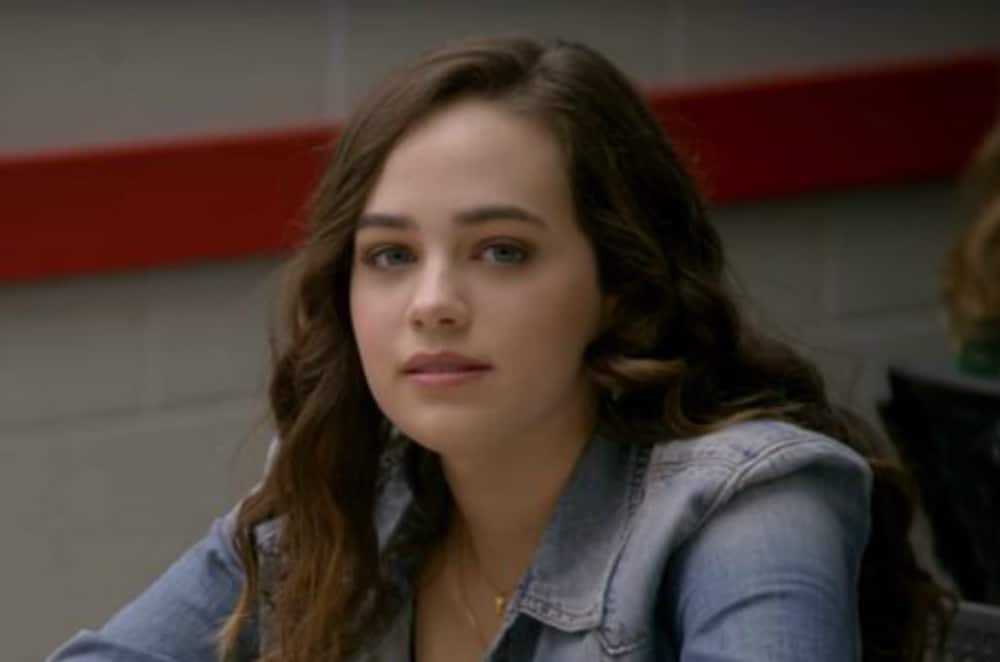 It was a pleasant treat to speak with Mary Mouser. The young actress will be playing Samantha LaRusso, daughter of Daniel-San in the upcoming YouTube Red (now Netflix) original program Cobra Kai, based on the legendary Karate Kid franchise. I was very interested in speaking to Mouser prior to the one-day-only screening at Tribeca, which Mouser will be attending along with original series stars William Zabka, and, as her father, the original Karate Kid Ralph Macchio. Mouser speaks very highly of Macchio, and talked passionately about her love for the original franchise films.

The following is a condensed and edited version of our telephone conversation.

Brief Take: What was your karate training like for Cobra Kai?

Mary Mouser: I did not have as intense training as some of the other people in the cast, but I definitely did get to play around with some of the stunt training, which was super fun. You can ask literally anyone who worked on this project and they will tell you how much I was so: “More karate! More karate? More karate! More karate?” [laughs] Any day I wasn’t getting to train with them, I was complaining about it, so, I was very excited to be a part of the whole karate genre, I guess, and the excitement of it all.

BT: How familiar were you with the original films prior to filming the series?

MM: My last audition step was a screen test and I got to meet Ralph there, and I ran lines with him there for the first time and that was incredibly scary and nerve-wracking, but really fun too. But prior to auditioning for it, I had not seen the movies but it was actually high on my need-to-watch list. I wanted it to be one of those things where I could take the whole day. Keep in mind I had never seen Star Wars until last January, because I like to binge watch things, and I needed to set aside a whole day when I could watch all the Karate Kid movies.

So I kept being like “I don’t have time, I don’t have time”, so I auditioned for it, and I didn’t want to jinx it, so I purposely didn’t watch them, and I was like: “Oh, you know, I won’t get a callback and I’ll end up watching them next time”. Then I did get a callback. And then it was like “Oh, I won’t go any further than this”, so we were like, “oh, we’ll watch them after the callback”. Then I ended up getting the screen test. At that point, I was like: “I don’t want to watch anything, I don’t want to jinx anything, I’ll be too nervous”, I probably won’t get the call and book it and I’ll watch them next week. And when I did get the call, I was like, “Now is the time!”. So I sat down with my boyfriend and binge-watched the movies. I loved them! I ended up watching them about five more times over filming the course of the show [laughs] Think I’m bit of a fangirl?! [laughs]

But it’s got a universal message and a universal theme and warmth and lots of heart, and I was excited to see how they would bring that into the show. I feel like they did a really amazing job of keeping it…it’s a whole new take on it, you know? It’s not like the movies made over, but I feel like they did a great job throughout the series of bringing in those Miyagi-esque elements, the wisdom and the heart to it all, so I was really excited. I kept asking them, “Why now? What brought you guys to this part and to this idea and this stuff?”. I feel like Ralph, the thing that he kept saying was “this was the right one”, and they had a great take on it, the guys who created the show, Jon Hurwitz, Hayden Schlossberg and Josh Heald, and I completely agree. It felt like a whole new take on the show and the idea of the movies, but really fun. I had a lot of fun filming it and I hope that people will have fun watching it.

BT: Have you had mentors in your life as well, that were Miyagi-esque?

MM: I have. I’ve definitely gotten to work with some amazing people that I have looked up to. I had a great experience on a show I was on called Body of Proof. I worked with Dana Delany for three years and for the duration of my fourteen-year-old self to my seventeen-year-old self and all the things I went through in that period, I consider her family to me. I was actually really nervous going into this and on set, we were filming in Atlanta, and I was picking up and moving and living on my own for the first time. I was super nervous about it, and Ralph Macchio was incredibly amazing and welcoming and he kept telling me, “if you need anything, call your TV Dad!”. [giggles] I was really sick one day and he helped me go get chicken soup and groceries, and I felt that paternalistic mentor-ness come from him, and it made me want to work even harder on this and to make him proud.

MM: It was really cool! I loved Atlanta itself, there was an amazing burger place called Fred’s that I ate at almost every day, I’m sure. [laughs] It was fun. It felt like summer camp, like somewhere none of us have ever lived before, so it was a lot of fun getting to explore Atlanta. I am originally from Arkansas, so Southern cooking was something I was so happy to find. There was a place I really liked called Mary Mac’s Tea Room and it was like all the side dishes and all the menu items were like Southern food and I was stoked. I was there more than a few times while I was filming. [laughs]

BT: You are very passionate about bringing attention to Type 1 Diabetes research.

MM: I’ve definitely had some cool opportunities getting to work with JDRF – that’s the name of the charity. I got to go to a children’s conference a few years ago, and it was amazing. I got to go to D.C., I got to talk to the Congressmen and got to tell them to fund diabetes research. I also got to be in a room of over one hundred kids who were aged four to seventeen, who had diabetes as well, and getting to talk to them, and hear stories and everybody at the table, they all had their blood glucose meters and their insulin pumps at the same time. I’ve had some real fun with JDRF and gotten to know some pretty amazing people. I feel very lucky that I got to be involved in supporting the cause.