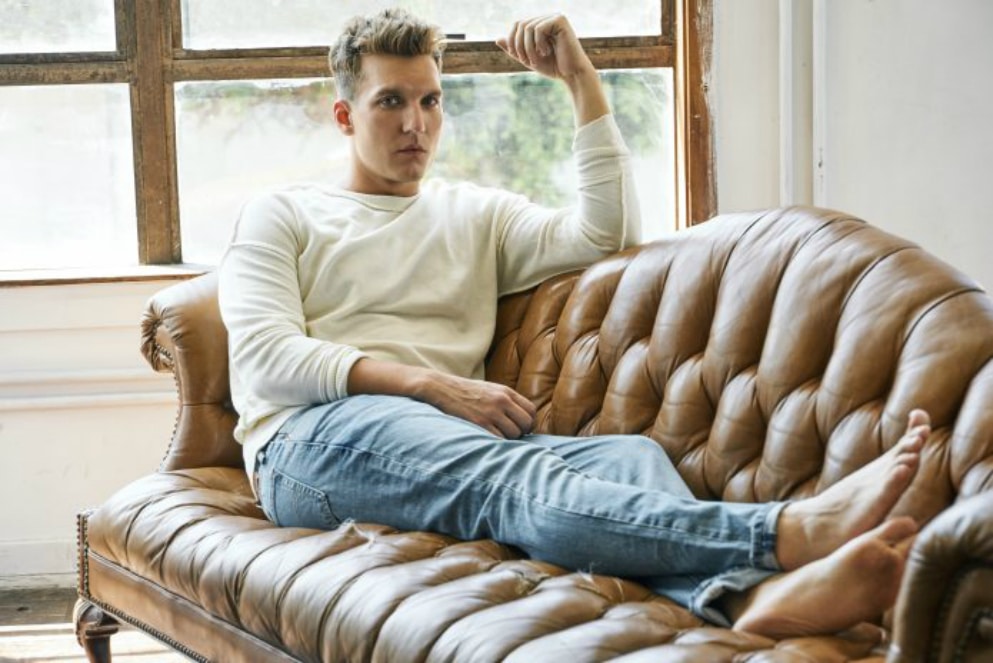 This season on Crazy Ex-Girlfriend (its final one), all of the central characters are working on themselves and making impressive strides, professionally and mentally, and Scott Michael Foster’s Nathaniel Plimpton III is no different. His character has evolved from being an entitled lawyer playboy to an introspective loving man (albeit one with daddy issues). At the end of the most recent episode, he made a pact to win Rebecca Bunch (Rachel Bloom) back, as he came to the realization that he loves her.

We spoke with the multi-talented Scott Michael Foster about his pride in the show, his admiration for Rachel Bloom and the latest developments with his beloved Dallas Cowboys. The following is a condensed and edited version of our phone conversation.

Brief Take: What’s been your favourite part of playing Nathaniel?

Scott Michael Foster: I mean just from an actor’s standpoint, the fact that I get to go to work and not only tackle an interesting character but I also get to record songs and sing and dance and do so much more than portray him in scenes. I get to stretch different muscles that I don’t get to stretch a whole lot, so that’s been a really great part of doing the show. But also there’s a whole mental health message that they’re trying to portray in the show and I’m just happy to be a part of that. It’s usually so taboo or people with mental health issues are described as being crazy or unwell, when in reality so many people struggle with some form of it. It’s not abnormal and it’s not wrong; it’s just like everything else – it’s a health issue. I’m glad they’re tackling it in such a positive way.

BT: I think that’s one of the reasons why the show has resonated so much with such a wide audience – it addresses so many issues, including mental health issues, in such an open and honest way that we very rarely get to see on tv.

SMF: Right, and the reaction has been great. We get people reaching out on social media saying “I’ve got BPD” or “I’m clinically depressed” and “this show helps me feel like it’s okay and that others go through this and I’m not alone”. So it makes us feel really good about what we’re doing.

BT: With Nathaniel, in particular, we see how he struggles with his white male privilege and what’s been unhealthily ingrained in him by his father. This season, already, his father has confronted that he “really pulled a number” on Nathaniel. Can you talk a little about that part of your character’s journey?

SMF: Right. His relationship with his father is obviously the stem of a lot of his problems and his Dad’s recognition has been great. You’ll see with him deal with that a little more this season but the fact that his Dad showed that he cared about him in that episode, that was huge for him! That’s all he wanted; that’s all he needed was just to get a little recognition.

BT: People are really loving the bromance between Nathaniel and George, played by Danny Jolles. Will we get to see more of that dynamic this season?

SMF: Yeah, he is definitely in, but he and I have a bit of a break. We’re in the first couple of episodes and then you’ll see us going off on our own journeys for a bit. But I do hope to work with him more in the future. 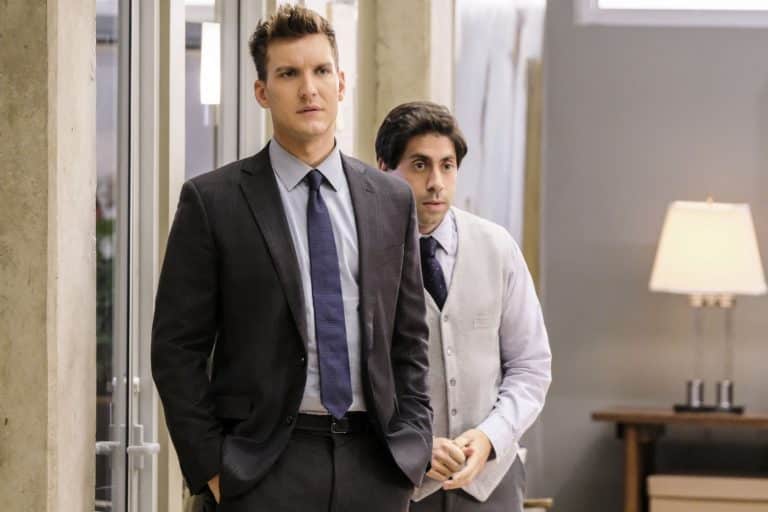 BT: The music on the show is so integral to moving the storylines forward and they’re also a lot of fun. What has been your favourite song to perform on the show?

SMF: Obviously the one in episode one this season was a lot of fun. That ‘no one knows how lonely I am’ song was great. [laughs] It was funny and it was really fun to do. But this season we’ve got so many great numbers. Coming up, in episodes five and six, we’ve got songs that are really funky and really active, so keep a look out for those because they’re outstanding.

BT: You’re on one of the rare shows where the cast and crew seem legitimately close to one another.

SMF: We are. Absolutely. We are very supportive of each other and we all go to each other’s events. Tonight, for example, Kat Burns, our choreographer, is nominated for a choreography award and we’re going to go support her there. I think because we’re all so like minded in what we do, we all, in some form of another, do comedy or sing or dance, and I think that makes us all a close-knit family. We all have very similar likes and dislikes. People always say at the end of a show that they’ll stay friends, but I think we all will definitely stay friends after this.

BT: Have you filmed the end of the show yet?

SMF: No, we’re still in the middle of production. I think we’re doing 18 episodes and we’re starting episode 10 next week.

BT: What have you liked best about working with Rachel Bloom?

SMF: I mean just to see her work ethic. She’s not only an actress on the show but she’s also a writer and she sings and she dances and produces. She wears so many different hats and she works so often and so hard. The poor girl doesn’t sleep! It’s true. So they put her up in a hotel room on set; they literally built one so she could stay there. Yeah! I mean she didn’t have time to go home sometimes, so she’ll just stay in her little hotel room on set. So I admire her work ethic and her constant upbeat cheery attitude, even though she must be exhausted. 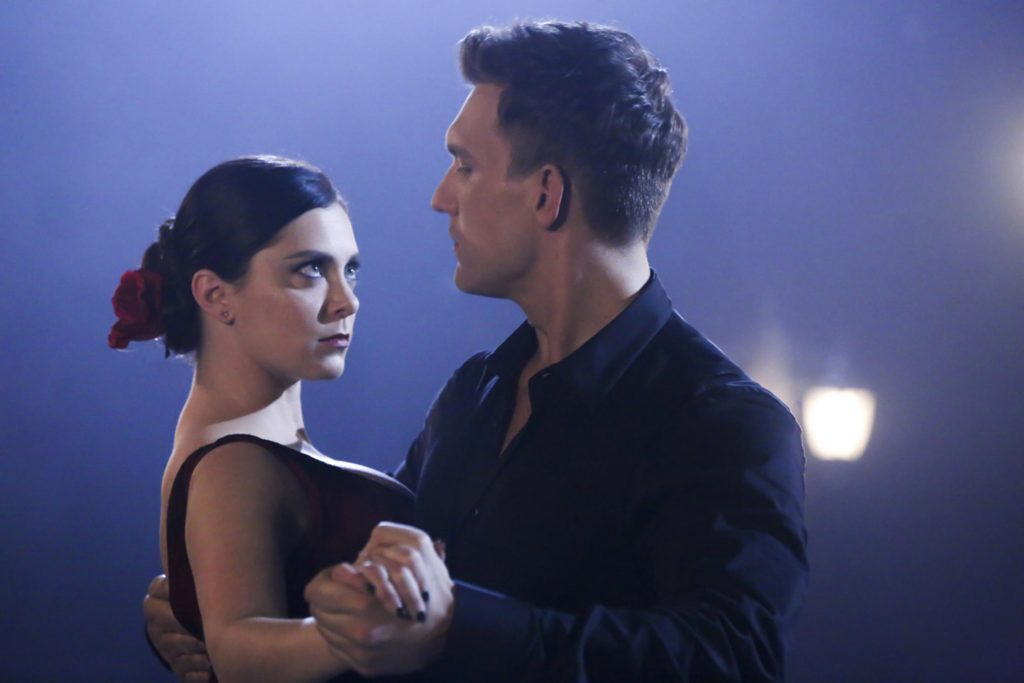 BT: You’ve also had a history of writing projects. After the show is completed, do you want to return to writing?

SMF: Yeah. I’ve done a little bit of that in the past and I’ve written a couple of things in the last year that I’m actively working on, so hopefully something will get made. In this industry, in this time, you kind of have to wear a bunch of different hats, as proven by Rachel Bloom. [laughs] I’d like to get my own thing going at some point, but I’m just happy to be doing this show right now.

BT: Tell me about your upcoming film, 5 Years Apart.

SMF: That’s a great film that we shot back in June. I met some really wonderful people on that project and I hear that it’s in post-production and it’s almost done. I haven’t seen a cut but I hear it looks good, so I’m excited to see if it goes to the festival circuit.

BT: In that film you starred opposite Chloe Bennet and Ally Maki, two actresses best known for their Marvel projects. Did you pull them aside and say “Hey, I can be a Marvel superhero too”?

SMF: Yeah! Like “put the good word in with the Marvel crew! I can be a superhero”. [laughs]

BT: As a hardcore Dallas Cowboys fan, what do you think of Amari Cooper?

SMF: Oh God. [laughs] I mean I think he’s a fantastic receiver. I hope we didn’t blow a first round pick on someone whose production level has dropped in the last year. But who knows! He may fit into our offence perfectly and if that’s the case then I’ll be very happy, but there’s the chance that he won’t. I don’t know. It’s a gamble but I”m excited to see what happens.