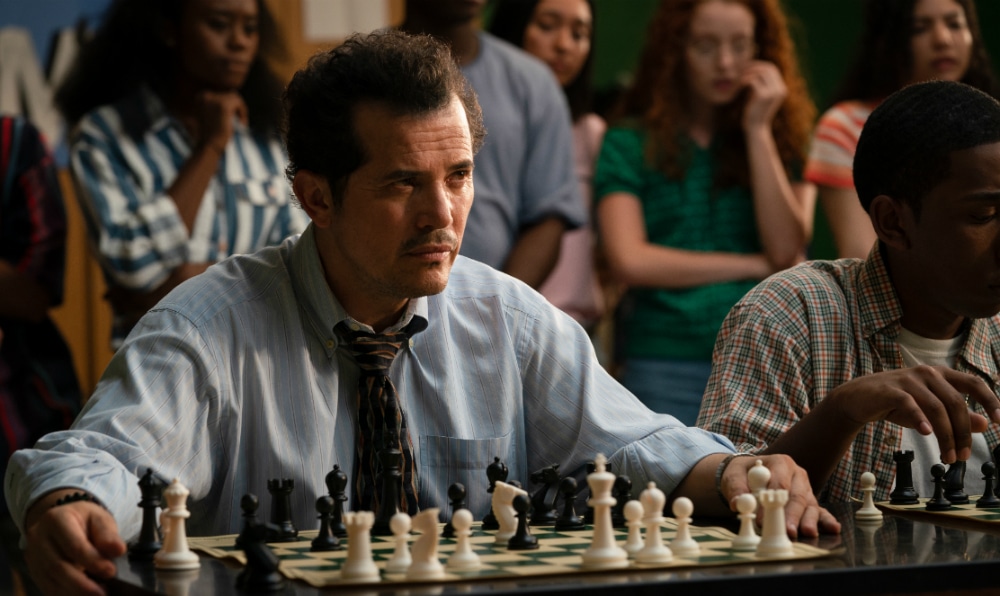 When John Leguizamo calls you up directly and speaks your name into the phone with the correct pronounciation, clearly you did something correctly. It’s a gift to gain insight into the mind of Leguizamo, to speak about the movie Critical Thinking, which he both directed and stars in as Mario Martinez, a Florida teacher in the 1990’s and a real-life figure at that. What is great is that the critical thinking carries into the interview, as Leguizamo is clearly aware of about what he is speaking and has a lot to share about both his movie and about the state of the world at this critical point in time.

The following is a condensed and edited version of my phone interview with the legendary John Leguizamo of Critical Thinking.

Brief Take: At this point in your career, you’re choosing fascinating projects with similar themes. Is this by design?

John Leguizamo: Um, August of my life. [chuckles] I definitely feel a responsibility to do work that has meaning and has value and that is asking us to question our lives and who we are. Because I want to be an artist, not an actor. That’s what I have always strived for in my life and I feel artists are more political and take bigger risks and I want to be a risk-taker, I definitely want to stir things up and art has always done this for me. For my inspiration, I look to great books like ‘Open Veins of Latin America’, I look to paintings like Guernica.

BT: What do you think of as your responsibility as a director?

JL: Well, definitely to set the tone and be the head coach of the storytelling. I definitely drive the machine and it was really difficult, how do you make chess, it’s a mental game. [laughs] How do you make it an external sport? How do you make it look like a sport? And I treated that last scene like a boxing round, the 60 exact moves that were played in the actual game. And then the earlier scenes were like baseball, a little slower, a little more with the players’ faces and then I put like basketball in the middle, a bit quicker, a little bit faster moves. It was also my responsibility to not make it like ghetto porn either. I didn’t want it to be about the beaten, downtrodden, horrible lives of poor people of colour. I didn’t want to do that. There’s a lot of joy and a lot of greatness within these communities that are living in defunded public schools and the fake myth of trickle-down, it doesn’t ever trickle there. 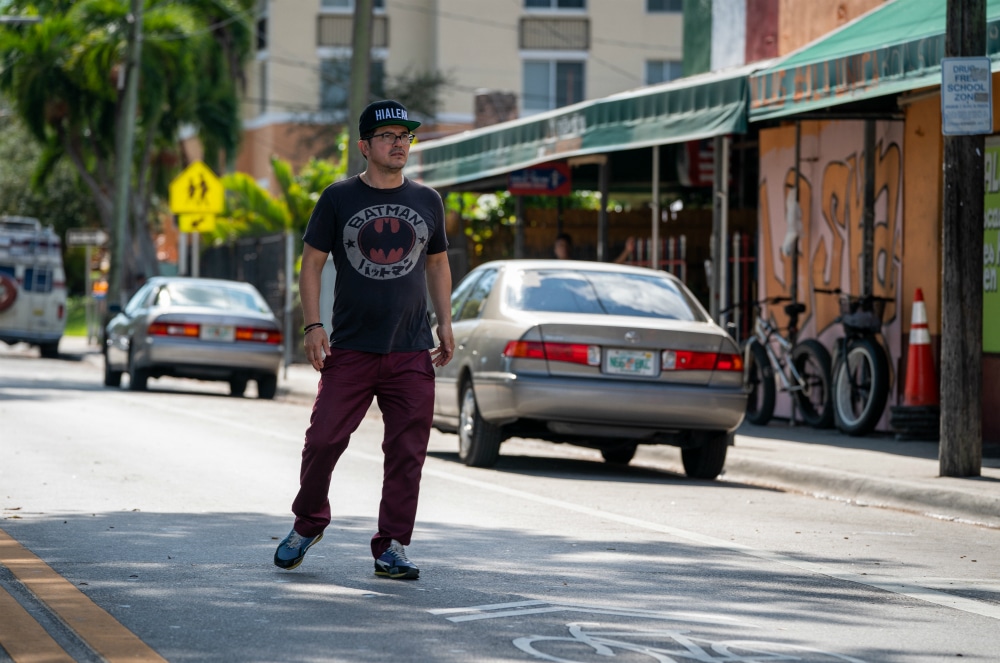 BT: It’s incredible to think that Betsy DeVos is in charge of the school system in America.

JL: When she walked in, she defunded the public school system of nine billion dollars and then she pushes this voucher thing, which can’t work! Because what are you going to do, are you going to create charter schools and give middle class white families a chance to go to school, but let everybody else fall through the cracks? What happens to the kids that don’t make it to the charter schools? They’re just forgotten? Forgotten generations? It’s crazy. It’s so horrid. She is the worst, one of the great evil villains that Trump has put into office besides Stephen Miller attacking Latin people from every angle that he can.

BT: It’s amazing to think of 1998 as not that long ago. Can there be a happy ending to this story?

JL: Yeah, there can be a happy ending. Success is a happy ending, overcoming is a happy ending, making it to the National Championship, being the National Champions is a happy ending. Coming from the ghetto-est ghetto in Miami, Overtown. When I was a young man in the nineties, there was this horrible book that came out called The Bell Curve, that was on PBS and it aired on 60 Minutes and these scientists, that we didn’t know were fake, were trying to prove that Latin and Black people were born intellectually, genetically inferior and that we could never achieve. And obviously, they found out that all the tests were bogus and that they were fake scientists, but it didn’t stop the damage that occurred on the self-esteem of  many Latin and Black kids. And then finding this movie to me was like an antidote to that, because I know that there are many gifted Latin children out there, intellectuals and geniuses that are just being squandered. Wasted dreams. There was a crazy test done, it was in Broward County, Florida, and they were trying to understand why the gifted classes were not full up of Latin and Black kids, only white kids. And then they did the study and they found out that it was the parents and the teachers that were profiling their own kids not to be picked for the gifted class. And the teachers and the parents were only picking the white kids. But then when they took out the parents and the teachers and they just made it on metrics, the classes filled up with Latins and Black kids, because it was just on tests. That’s part of the hardships of being a person of colour in America and the world. 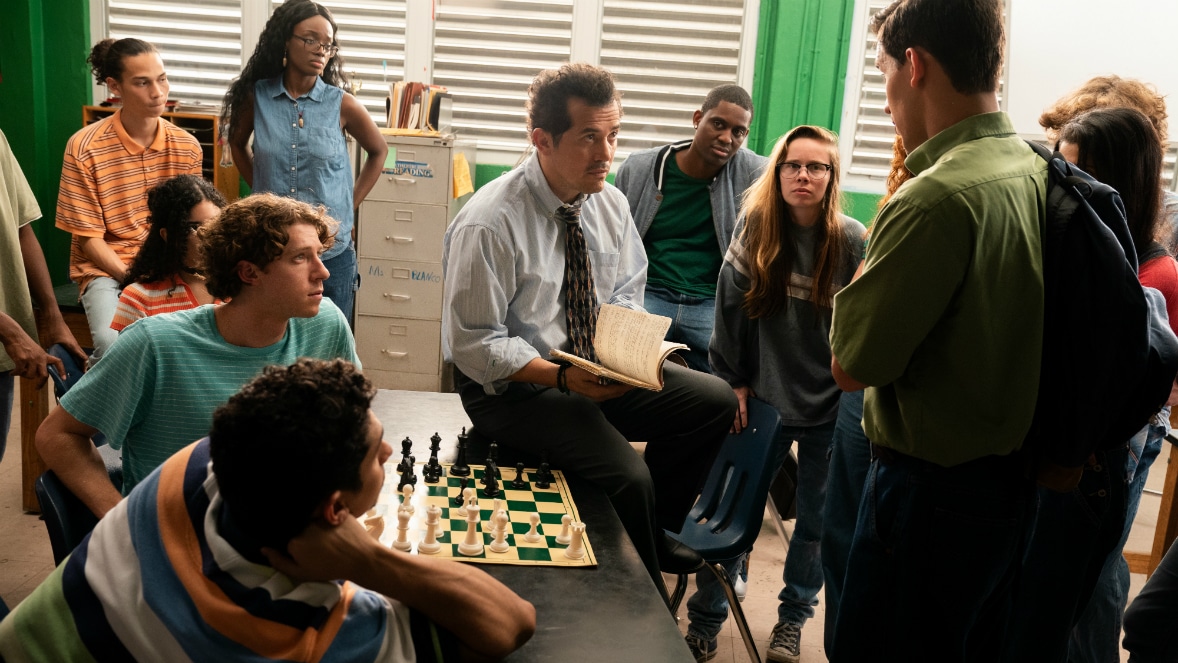 BT: What do you think is the best method for a viewer of Critical Thinking to approach this film?

JL: Unfortunately, yeah, I was robbed of my South By Southwest victory [chuckles] and theatrical release right now, but I think that there’s a silver lining, because 1) there’s a dearth of material out there, people are home because of the lockdown and there’s a chance to see this movie and be uplifted in these times in which we have this [laughs] Kleptocracy [chuckles] in office in these dark times and this beautiful Black Lives Matter movement, which is a time to really reflect and is a reckoning for America, and I think that this movie adds to that, it shows you what Black and Latin lives are like when they are the Underclass.

BT: What do you draw on from earlier in your career at this time, in projects such as House of Buggin’?

JL: I was trying to pioneer things that I felt were needed, because the Latinx is I think the largest group in America, we’re 25 per cent of the U.S. box office, we fund it. We contribute 1.3 billion dollars to the U.S. economy every year. Our women are number one in Small Business creations, we saved the housing market last year by 67 per cent. [chuckles] Where’s our due? Why are we invisible? We’re 50 per cent of the population of Los Angeles, Hollywood and less than three per cent of the faces in front of the camera, less than two per cent behind the camera, less than one per cent of the stories, zero execs? That’s cultural apartheid. In New York City, we’re equal to whites, 35 per cent. 35 per cent. Why are there less than 1 per cent writers and editors in The New York Times, New York Post, New York magazine? And less than one per cent of the stories, that’s cultural apartheid, that’s…Latin people are living through psychosocial erasure. We have to build ourselves and our self-esteem everywhere we can, however we can. 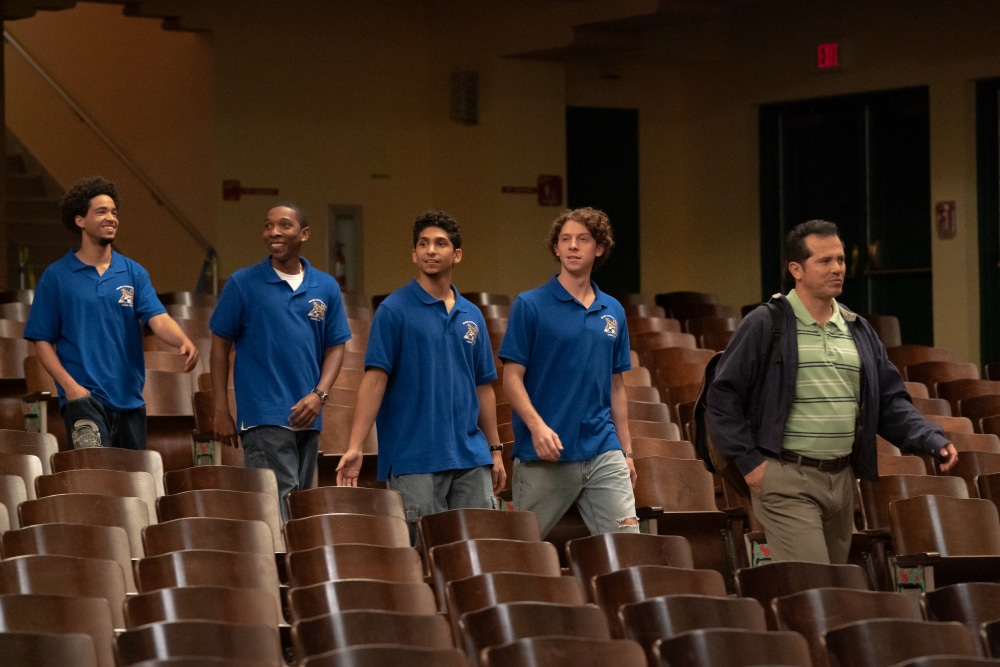 BT: What do you think is the best way for the industry to endure at this time?