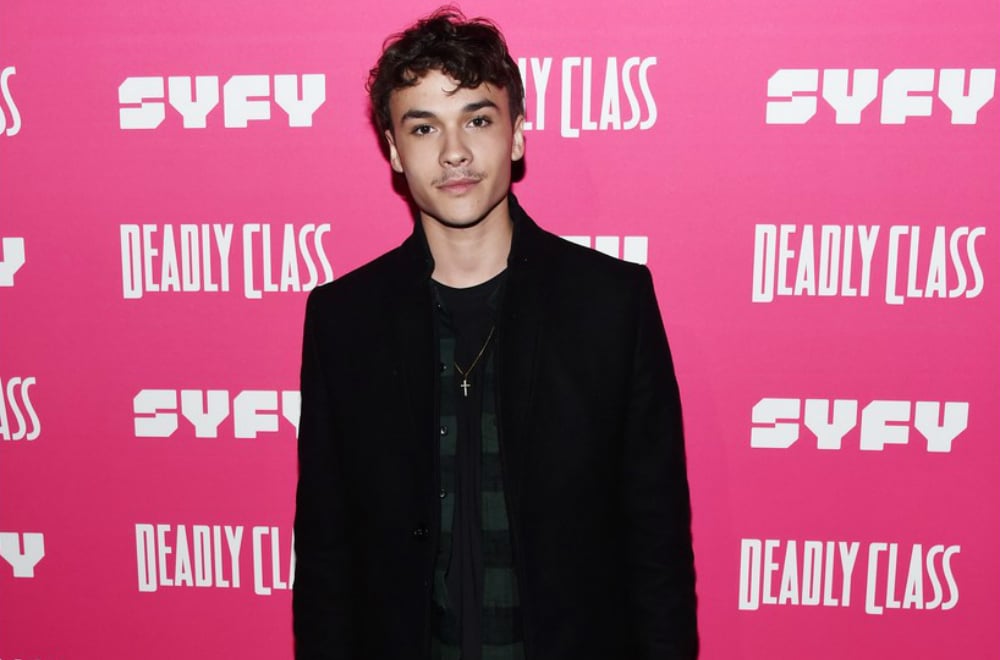 Benjamin Wadsworth of Deadly Class is about to experience a moment. Expect to hear quite a bit about the star of the upcoming series Deadly Class, produced by the Russo Brothers and based on the comic books by Rick Remender (who is also heavily involved with the series). Wadsworth is impish and boyishly handsome, with a wispy moustache that he can somehow pull off without fear. You heard it here first – he’s about to become the internet’s new boyfriend. He also gives us an interview with some fascinating factoids sprinkled throughout, and is wise far beyond his nineteen years.

We sat down with Benjamin Wadsworth at the Bell Media headquarters recently, as we sat on a pair of boardroom chairs side by side and had an amazing chat. The following is a condensed and edited version of that candid conversation.

Brief Take: You’ve been touring a lot with this series.

Benjamin Wadsworth: Yeah, we went to San Diego Comic-Con about six to seven months ago and we did New York Comic-Con after, yeeeah!

BT: What’s it like promoting a show when audiences have not yet had a chance to see it?

BW: Um, it’s kind of strange. Some people get the name wrong and the cast and I chuckle to ourselves, like one time someone called the school “King’s Landing”, and that was pretty funny. But it’s cool, I like to be able to talk about this project and I’m pretty passionate about it, and I love answering fans questions and people who don’t really know much about the project. 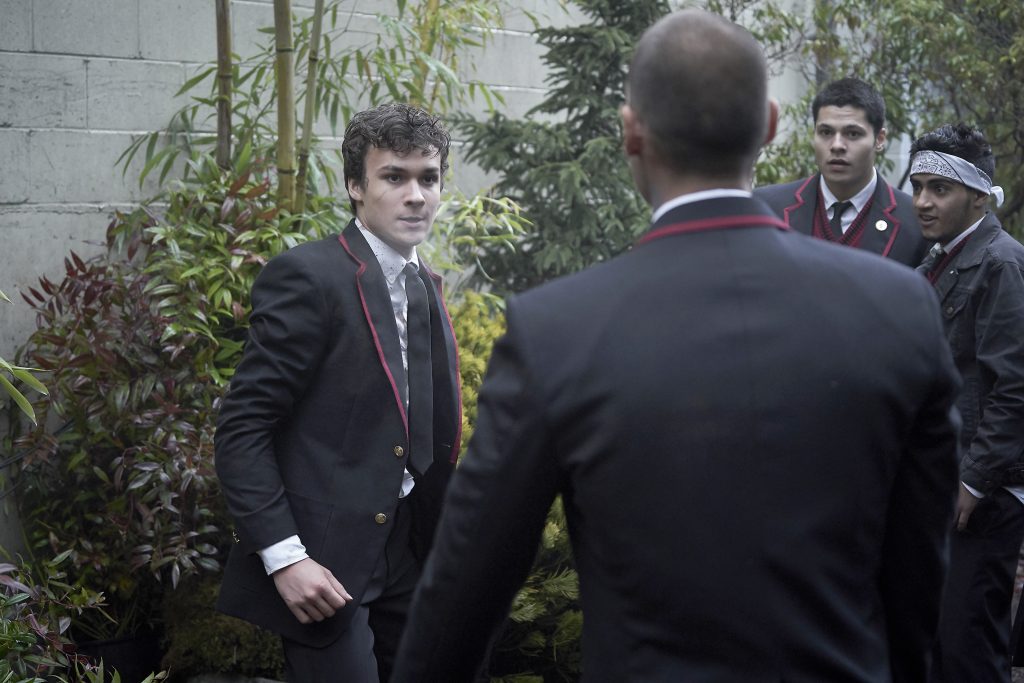 BT: How cool was it getting to know this cast?

BW: [quickly] It was great. They became like my family. I feel like a lot of actors in interviews they say that, but for us it was actually like a thing. It was good. We were almost like best friends. Every weekend, the guys and I would go over to my apartment and we’d play Dungeons & Dragons. Sean (Depner), who plays Viktor, he’s a biiiiiig D&D Guy. He’s a great dungeon master as well.

BT: Do you think that carries over on screen, as well?

BW: [quickly] Absolutely. We have great reciprocity, the chemistry’s pretty good. I guess sometimes it can bleed into the work when these characters have to be angry at each other, but I think at this point we kind of know what to do and where it’s going, so I think it works. 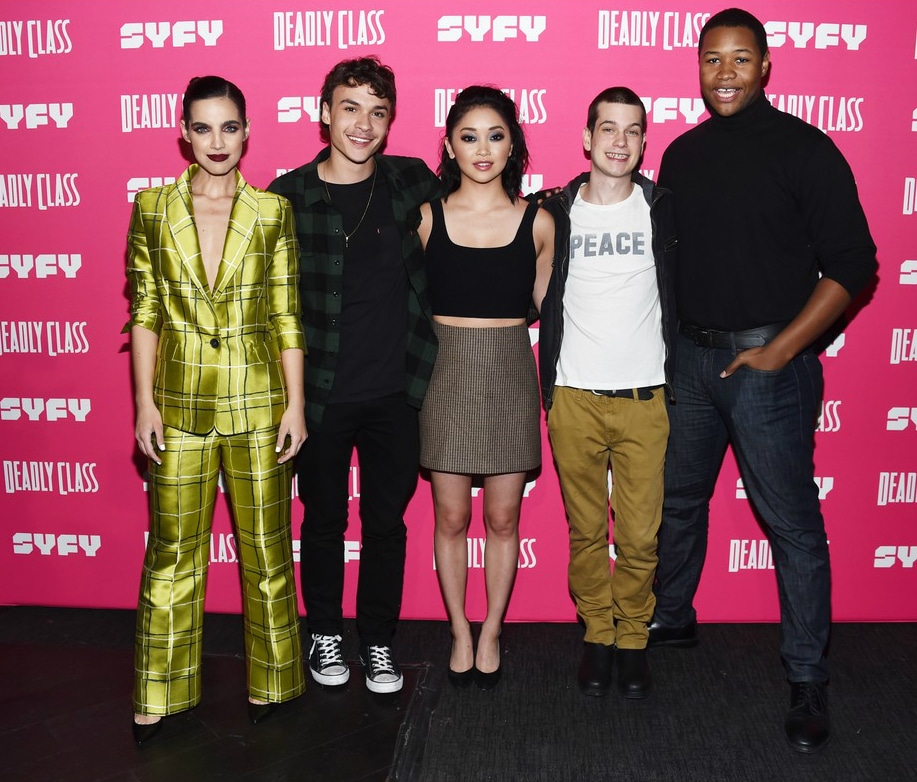 BT: What is the common element that you all share, other than a love of D&D?

BW: [chuckles] We all love this comic. We all talk about it for hours, about small characters, or storylines that we would love to have on the show. And you never usually see the creator of the comic. I think that’s going to be one of the key components for success, hopefully, we still have to wait and see.

BT: And the Russo brothers are involved as well.

BW: They sent in their own cut for the pilot and they edit some of our fight sequences.

BT: So when you’re going back, do you look to the comics?

BW: Mmm-hmm. Always. I’ve read the comics about five or six times to see Marcus’ physicality, and how he thought, why he writes the things he writes, why he thinks the way that he does. 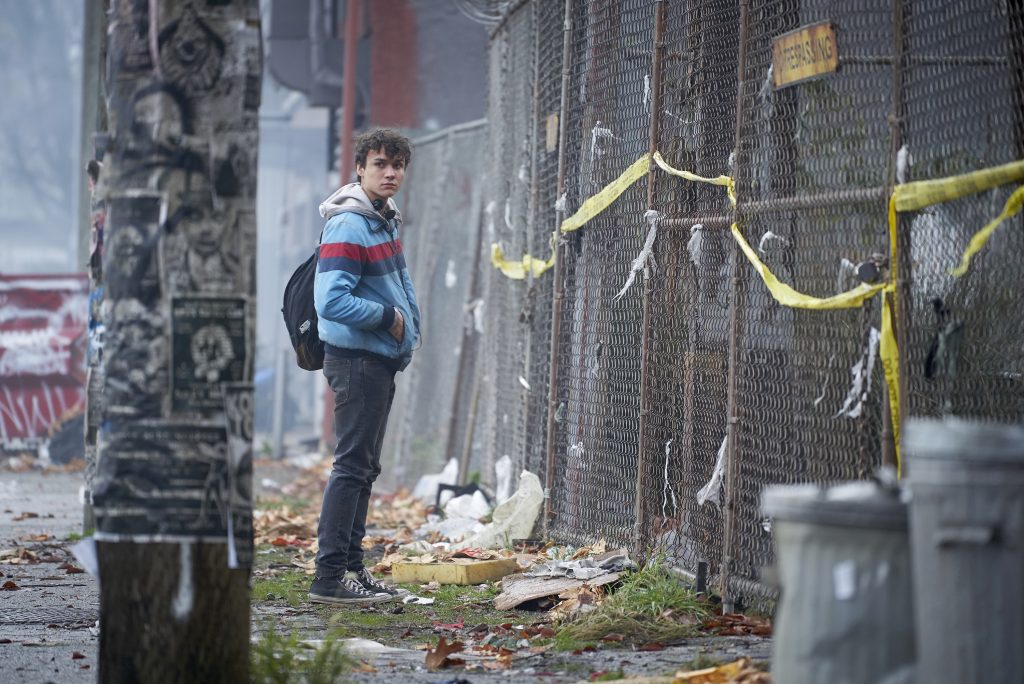 BT: What a cool vision for the aesthetic of the series as well.

BT: The opening scene really sets the tone for the series.

BW: Yeah, in the A.P. Black Arts with Benedict Wong reciting his monologue.

BT: That must have been a blast!

BW: Oh man! It was like a master class for which I was getting paid—to watch a great actor act. [laugh]

BT: And he has experience as well in the MCU.

BW: Oh yeah, I’m always bugging him, like “Benny! Benny! Who dies?” He never tells me. 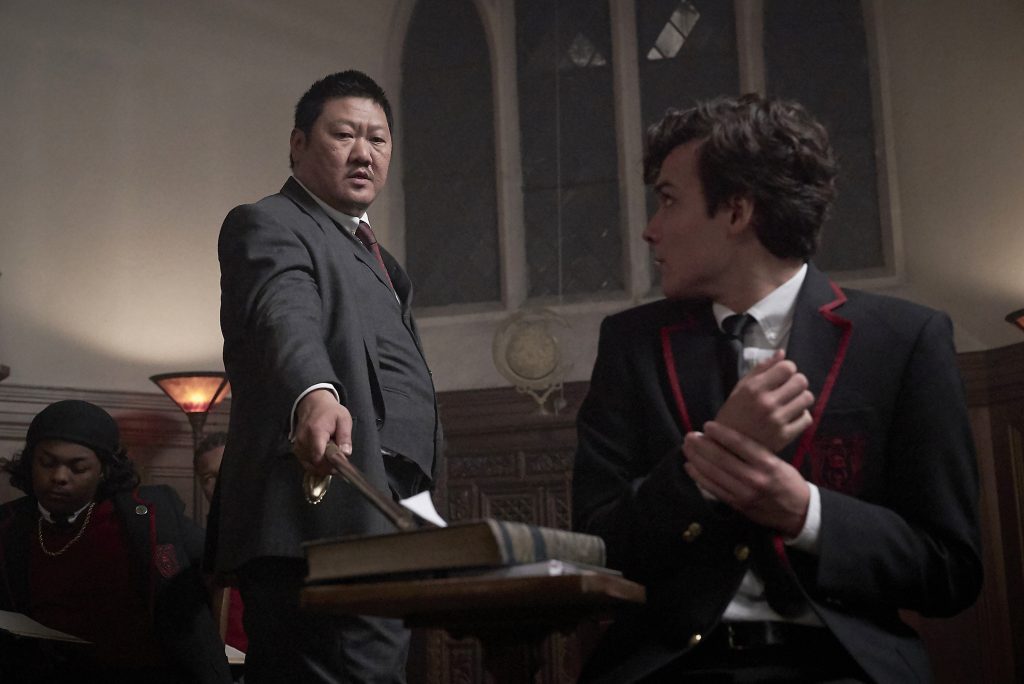 BT: Your mentions are definitely starting to pick up.

BW: It’s cool. I’ve never gotten to experience any kind of attention to this degree, like seeing people write to me about how they love the story and these characters and they’re drawing fan art. That’s amazing because I’ve never really had that happen. I hope that it’s received well, the first season. I hope that we go to a season two. It’s a dream come true also, I had no idea what to expect. And I’m kind of just on the edge of my seat waiting, and we have one week left until the show comes out.

BT: Tell me about your Comic-Con experience.

BW: When I was younger, I always wanted to go to Comic-Con but never really had the time or money to do it, so to go there, because I’m in a project, that’s really awesome. And one of my favourite parts of going to Comic-Con, when we had the fan signing and getting to talk to fans, that was a really cool experience because people are there to see you. I’ve never had that happen. And I met my girlfriend at Comic-Con, so Comic-Con’s been a great, great place. She was there promoting her show. I did have a really fun fan experience in New York. There’s triplets and one of them came up to me, she’s like [breathy voice] “You’re really attractive”, and I was like “thank you”. And she’s like “your voice is like butter”. And I was like “Thanks?” And she’s like “what are you drinking?” I was like “tea” and she was like “I love tea. What kind of tea?” “Earl Grey”, “I love…that’s my favourite”, I was like “thank you”. 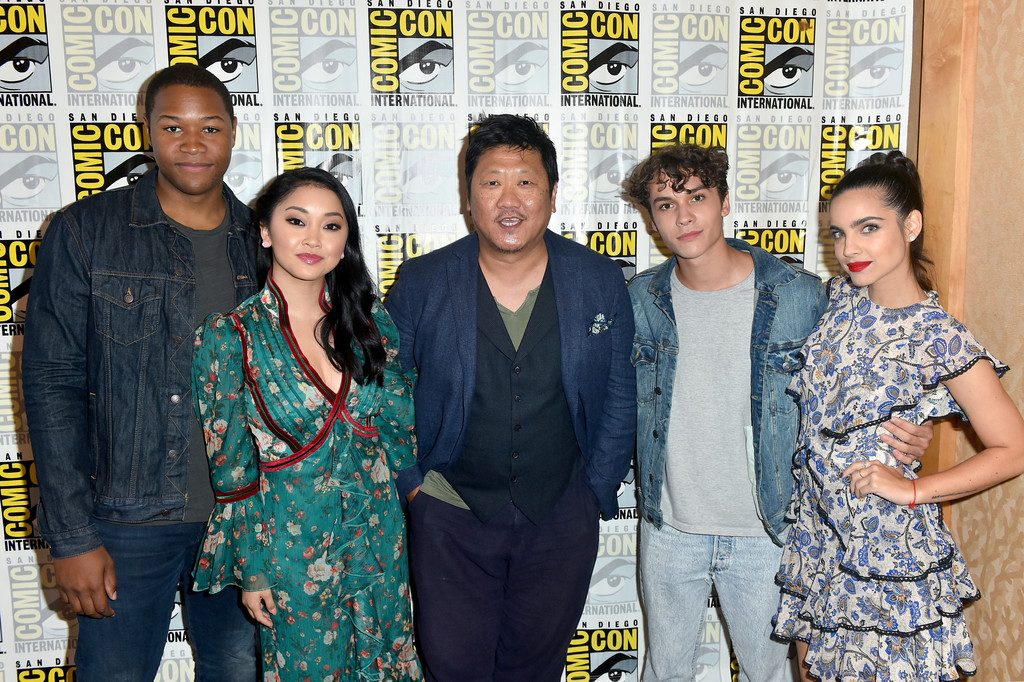 BT: What’s something that you’d like viewers to get from the series?

BW: I really enjoy Marcus’ message. I really enjoy his philosophy about life and about being a teenager, and just feeling the way that he feels. If any kids want to listen to something, if anyone wants some answers, what Marcus has to say is important. Marcus is very open about his mental health too. He doesn’t have a mask on like everybody else does, and he kind of [laughs] scolds anyone else who wants to hide that stuff.

BT: The first episode ends with a bit of a love triangle.

BW: Yeah, Marcus, Saya and Maria. Yes, Marcus, the new kid. “Fancy hobo cover boy material”, as Billy said. And somehow, on the first day, manages to kiss two of the most attractive females at the school. [laughs]

BT: What’s it like working with Lana Condor and María Gabriela de Faría?

BW: They’re great. María is so kind and maternal. She’s Venezualan, she has that Latina thing to her that’s very warm and homey. Lana’s the total pal, like we just love hanging out, getting a drink, just talking. We all work really well together and we’re comfortable with things, and we ask “hey, is there anything you need help with, or need me to do in this scene to help you?”. Yeah, they’re great. Total pros.

BT: You and María have incredible chemistry on the show.

BT: You definitely give off a Peter Kavinsky vibe.

BW: [laughs] Yeah, I’ve gotten a little bit of that on Twitter. People are like “Ohhhh, you’re this guy!” But we’ll see. I know Lana’s fanbase is very obsessed with who’s she’s dating, the “shipping”. It’s funny though because she has her boyfriend  and Anthony’s such a lovely guy. [whispers, leans forward] I hope they get married. 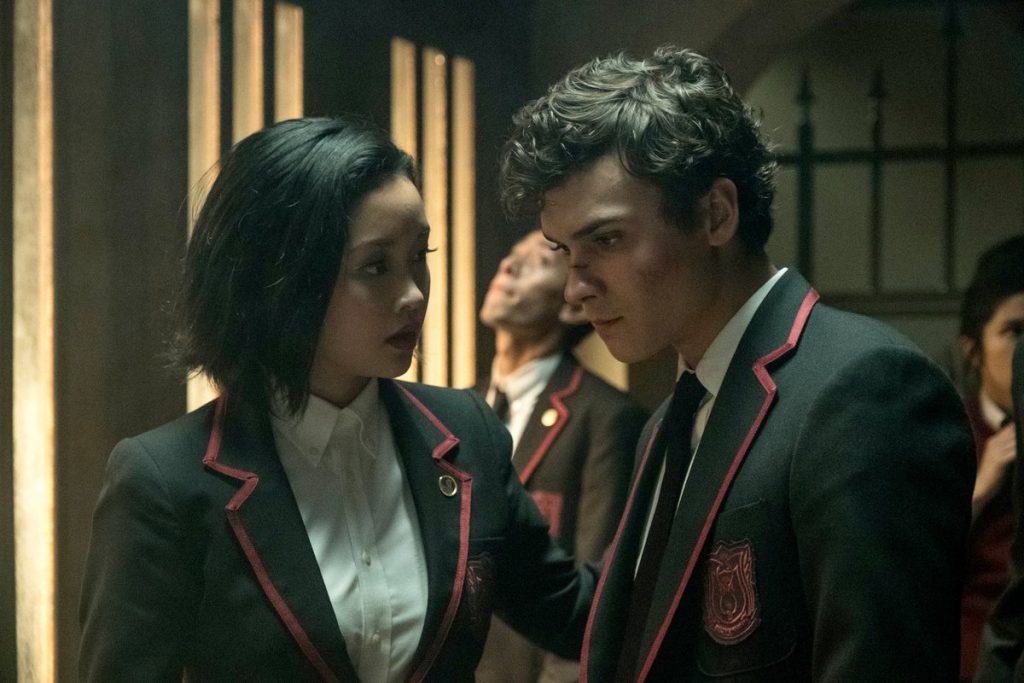 BW: We’ll see. I’m sure some people will be upset because they love “Lara Jean” and her relationships. It’s a new thing, Saya and Marcus, it’s different. I think it’s going to be really fun seeing how fans react to Lana in this role because it’s so dark and so opposite.

Deadly Class premieres Wednesday January 16 at 10pm ET on Space and SYFY. For more on the show, read our interview with María Gabriela de Faría!