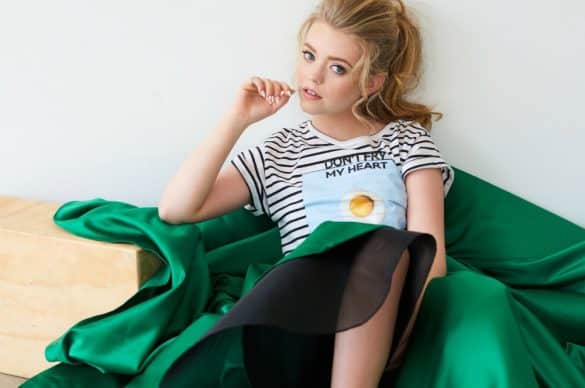 The breakout star of the Karyn Kusama film Destroyer (which we absolutely loved at TIFF) is Jade Pettyjohn, who plays Shelby, the daughter of Nicole Kidman’s character. The film opens on Christmas Day and is a must-watch! Coming up, the multi-talented Pettyjohn has so much on the go, including crucial roles in Against All Enemies, Trial By Fire, Kansas City, she’s the newest resident of Deadwood, and oh yeah, she is is a popular singer as well.

Add to that list that she is an incredible conversationalist and offers deep insight into the acting process, and you’ve got a sense of the multi-talented Pettyjohn, who was an absolute delight with whom to speak over the phone from her hometown of Los Angeles.

The following a condensed and edited version of our interview with rising star Jade Pettyjohn.

Brief Take: Tell me about your connection to L.A. and how you drew on that when crafting Shelby?

Jade Pettyjohn: It’s funny, because I’m from Los Angeles, I’m an L.A. native, and my stomping ground is also Echo Park. I thought that this was a really interesting thing to parallel because I had a very different upbringing than Shelby, of course, and yet we grew up in the same area. I think that was an interesting thing to have discovered because there are girls that exist that are very much like Shelby, and that’s what is very exciting about playing her is that she isn’t stereotyped. That kind of person exists, and to see the world or the environment in which I grew up through her eyes was really an interesting thing to discover because it’s very different, and it’s also the same environment. So it’s kind of funny how different something can be in this same place. 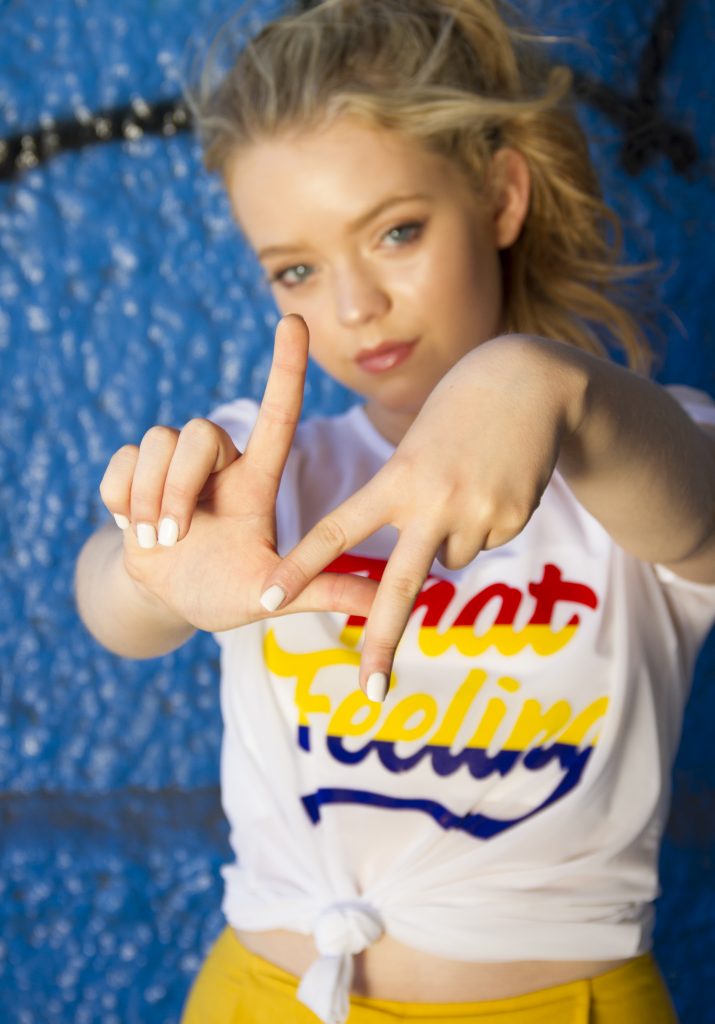 BT: Where do you find the lightness on set within the heaviness of the subject matter of the film?

JP: That’s a great question. It’s kind of an interesting contrast, because of course what we are dealing with is so heavy. You do need to have the space and some ounce of quietness in order to get yourself there, and to allow yourself to go into those dark places. But what’s beautiful is that–this is my own viewpoint–but the moment between action and cut is dark and heavy and very magical, and makes everything worth it. The people on Destroyer, cast and crew, were so giddy with this childlike excitement and wonder for telling the story, even though the story feels so dark and complex. So for the build-up I like to have that stillness, and I saw that others did as well. Then when you call “cut”, you realize that you represented something that was truthful. The entire crew and the cast were very content and happy, and I think that it really showed in the work. So the environment and the atmosphere on set, it didn’t feel heavy. It felt like a group of artists coming together, and they were very passionate about the story. I think that a lot of that is probably owed to Karyn (Kusama) for creating the atmosphere on set. It was just a free space in which to create, so that felt unusually light, which is an interesting contrast to the dark content.

BT: How much was on the page and how much of the finished product do you attribute to Kusama’s visual style?

JP: I think that there’s magic that’s found while filming which isn’t necessarily in the script, and can be happily surprised by that, and I was when I saw it. At the same time I think that the writing was so beautiful, and it was very specific and vivid. I remember reading it and I felt this world come to life, and I could see it come off the page, and that really says something about the amazing writers with whom we were able to work. Knowing that they had worked with Karyn as well, with The Invitation, I knew that whatever they would make together would be fantastic – I knew that was the dream team. But when you read it, you felt those film noir elements to it, and then the modern element, and the texture and the colours and the complexities of every character, that’s also in the film, which is also exciting. It’s not just Nicole (Kidman)’s character, or my character, every character’s so specific and has so much going on and it was tied together beautifully, and it was very linear, which is also a challenge, I think. So I knew that it would be a great film, whether or not I was attached to it, but just reading the script. But also when I watched it, you see it for the first time, and of course there’s magic that comes from that that you wouldn’t expect, you know?

JP: That’s a great question! There’s so much to gain and so much trust that needs to develop, I think, to give a really great performance. The trick of it, I think, is to really be in communication with your cast mates and having that trust with each other, and kind of just playing catch, you know, whatever they give you, you give it right back to them and you let it grow from there. Instead of being in your own world and whatever you had mocked up or created for that scene, all of that preparation goes away when you are with your castmate. You’re feeding off of their own energy – what they give and what they bring. When you can find people who can do that and they have done their work and they know their character so well, they can be in present time with you and play with you, that’s the goal. Jack O’Connell is definitely one of those actors. He’s very dynamic as an actor and as an individual; he very much goes into depth and really dives into the character. It’s very exciting to work with someone like that. 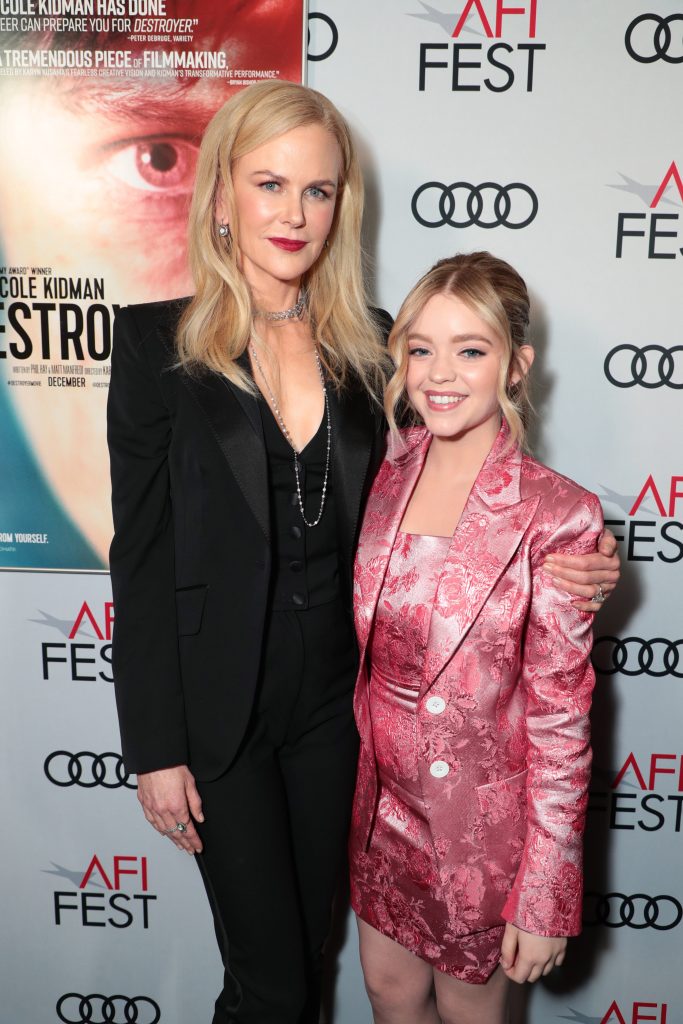 BT: What’s your experience been like being the new cast member on the Deadwood movie?

JP: It’s a very interesting thing because I’m walking into this incredible nostalgia. These actors hadn’t really seen each other in a very long time and hadn’t embodied these characters in just about a decade, so it’s interesting to walk into that and be the only newbie. The only kind of newcomer to then watch that come alive again. This show has meant so much to so many people, and you could feel the importance there, and feel the close intimacy of the cast. Even years and years later, they still hold that intimacy and that closeness, and that was a really beautiful thing to walk into. You could just feel the importance, and I was so happy to be a part of that and to contribute to this new era of Deadwood. It’s been an incredible ride.

BT: Do you think of acting and music to be distinct careers in your life or intertwined pursuits?

JP: I think of them in both ways a little bit. [laughs] I think that art feeds art, and when I create in one field the other tends to expand and grow from there. So even if I’m not releasing for a time, I feel like when I write, when I make music, it feeds my own creative needs just as much as acting, and it makes me a better actor. And you know, vice versa, when I’m making films it kind of feeds that bug in music as well. So they are different in the sense that what I love about filmmaking and telling stories is the representation of humanity and trying to understand what it’s like to be someone else and understand and see the world through another person’s eyes, and that is so important, I think, and really gives me this empathy that I try and chase, and I love that. It’s so important to me, and I love that it’s balanced with music, in the sense that music is just complete self-expression. It’s just me, and that’s scary, but also really needed as well, and so I personally need the balance of both. I think that they go hand in hand, even though they are different mediums of art and they are separate in that sense and they are both very important for me. 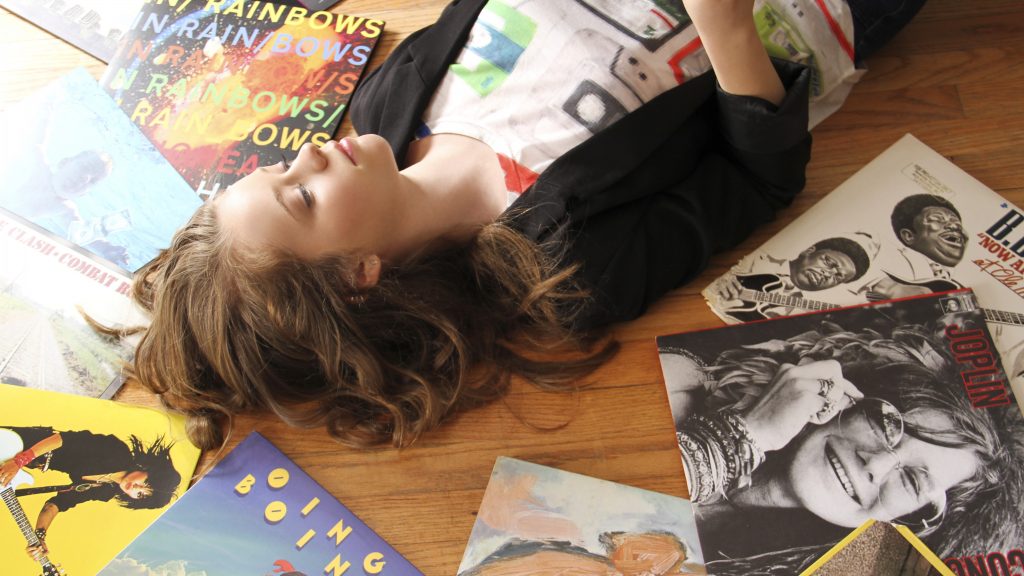 BT: What do you think is your responsibility as a person with influence to make your voice heard?

JP: I definitely think that it’s my responsibility to keep myself well-informed so that whatever I am promoting or about whatever I am speaking is coming from a place of authenticity, and not from just wanting to jump on the bandwagon or saying something about which I don’t really know. So I think that it’s important for me to be well-informed and to stay in touch with the world and know what’s happening. Social media and the following is a very interesting thing about which to think, and the amount of people who are watching, and I think that it could be incredibly powerful. So if I was just using it to post pictures of my dog, or my face, obviously that’s fine, but there is a deeper importance there. I really feel like that should be respected and there’s so many people who want to want to use their voice and have so many things to say, and sometimes they don’t have a platform to say that. I’m really lucky to have something of a platform and it feels like it’s growing a little bit, and I really want to make sure that I’m using that for good. 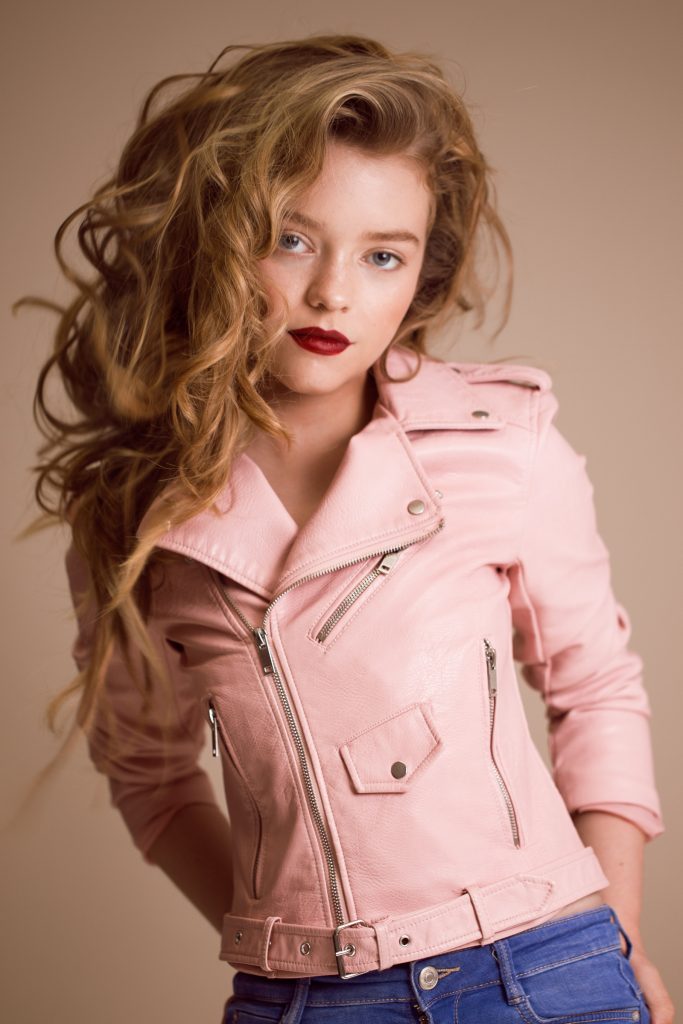 Destroyer opens in the U.S. on December 25 and in Canada on January 25