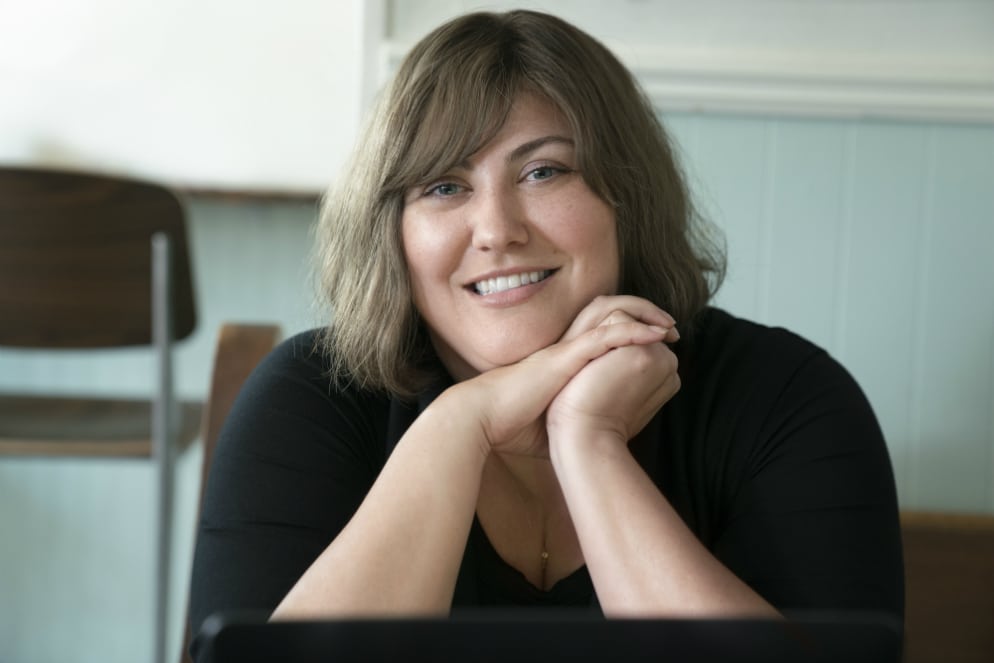 Awards season hasn’t started yet but once it does, be prepared to hear the name Joy Nash A LOT. Though the talented young actress has appeared on several popular television shows, ranging from Twin Peaks to Casual to The Mindy Project, her breakout role is portraying Plum Kettle, the overweight and over qualified ghost writer for Julianna Margulies’ Kitty Montgomery on Dietland. The AMC original show is helmed by Marti Noxon (Buffy the Vampire Slayer, Mad Men, Grey’s Anatomy) and it addresses the Me Too movement, the feminist movement, the beauty industry’s unrealistic standards, and so much more in a darkly satirical fashion that’ll be profoundly relatable to all women.

We chatted with Joy Nash on the phone recently and the following is a condensed and edited version of that conversation.

Brief Take: As soon as I binge-watched the first three episodes of the season, I immediately texted my girlfriends about it because the show addresses so many topics that have been on our minds lately. What was your reaction when you first read the Dietland script?

Joy Nash: It was unlike anything I had ever read for before. Every other plus-size role that I had been up for before, every lead role that is, has been about a transformation about not being fat anymore. This script was so refreshing to read.

BT: Tell me about working with Marti. I’d watch anything she’s attached her name to and I feel like a lot of actors react the same way to working with her.

BT: Once the show airs I feel like you’ll have a lot of girls writing to you about their own experiences, much like your character responds to the ‘Dear Kitty’ inquiries and stories on the show. Who was your role model when you were growing up?

JN: Growing up I really didn’t see myself on tv very much. But when I was 18 at USC, it was my freshman year, a friend got us tickets to the Emmy awards. We were sitting way in the back, in the balcony, but it was the year that Camryn Manheim won and dedicated her award to “all the fat girls”. That meant so much to me. I met her when I was a student and I had zero chill. I think I invited her to one of my student plays because she was such a role model to me. I guess I should try to say hi to her now. [laughs]

BT: Tell me about your stint on The Mindy Project – another show that I loved.

JN: For The Mindy Project, I got my SAG card for being on that show. It was a quick day for me on the set but I learned a lot from Mindy [Kaling]. She was such a powerful boss and was very hands-on but very nice to everybody.

BT: Who do you still aspire to work with in the industry?

JN: I’d love to work with the Coen brothers, Taika Waititi…everybody! I mean I’d love to be in the next Star Wars. Shoot for the stars, you know?