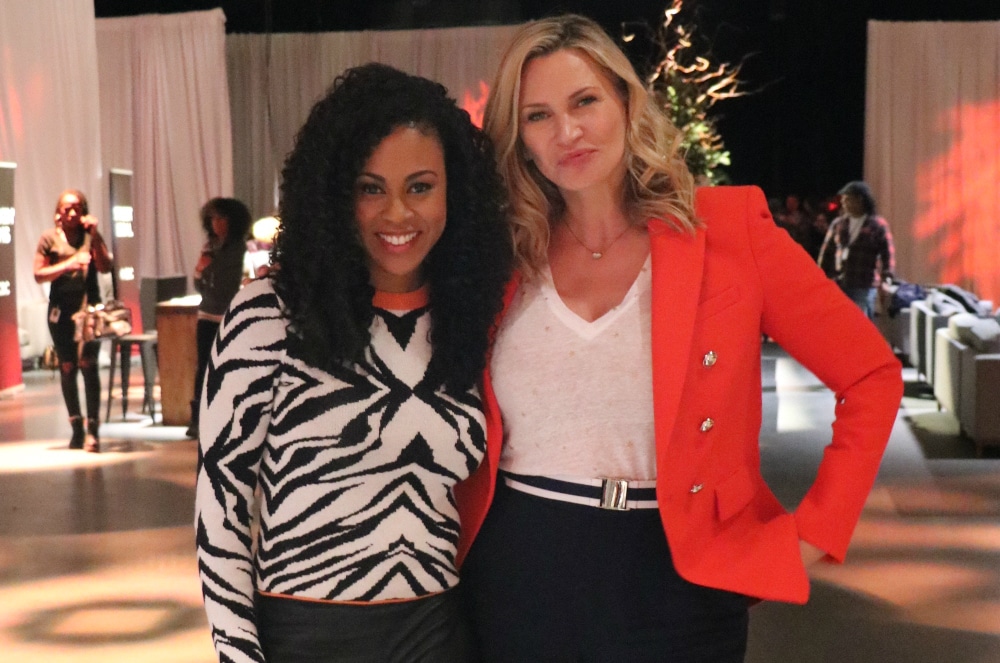 While this was our final interview of the day on the CBC Winter Press Day (and, somehow appropriately, the last one to be published), it was definitely one of our most memorable. The room was buzzing as there was a feeling of immense pride in the air as selected media congratulated Diggstown‘s Vinessa Antoine for being the first black female lead in a Canadian drama series. When we spoke with the talented duo of Antoine and Natasha Henstridge, they spoke eloquently about the heart of the series, in which they play a pair of lawyers in Dartmouth, Nova Scotia.

The following is a condensed and edited version of our sit-down interview with the inspiring Vinessa Antoine and Natasha Henstridge.

Brief Take: What should viewers look out for in Diggstown?

Vinessa Antoine: It’s a beautifully shot show, I will say that.

VA: Floyd [Kane] is an insanely beautiful writer who understands the characters inside and out and is funny and real, and our cinematographer Celiana (Cárdenas) comes primarily from film—this is her first TV series.

VA: Its got a very cinematic quality to it.

NH: Nothing typical about it, it’s got such a cool flow, cool music, it’s good. 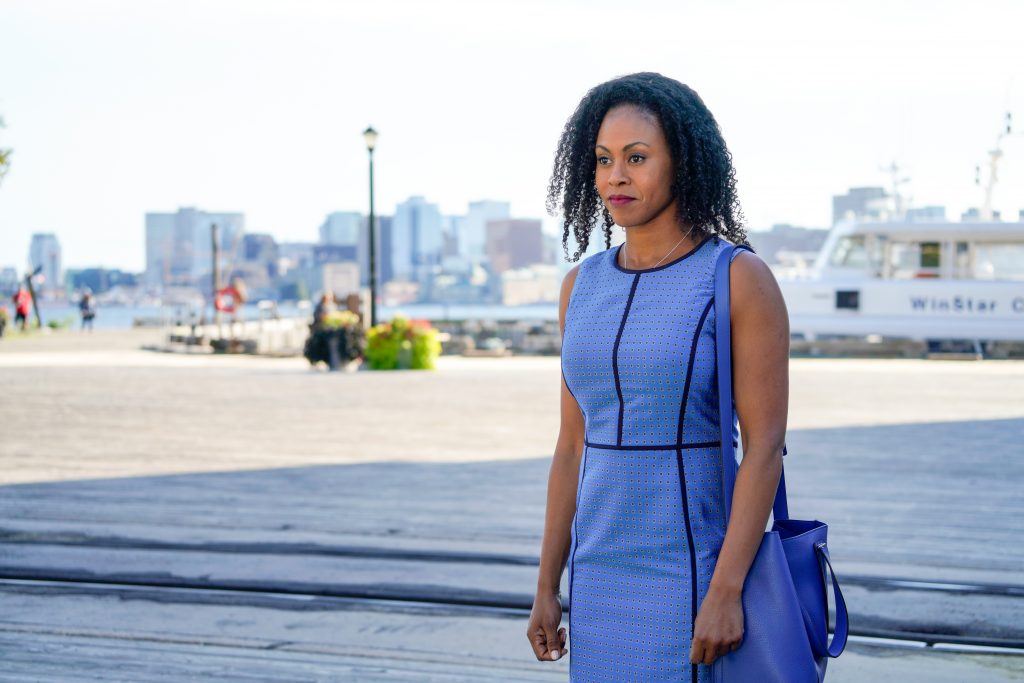 BT: There are a lot of East Coast stories in the CBC lineup and a lot of stories that, as viewers, we’re not used to seeing. That’s been so refreshing to see in this lineup of winter shows.

VA: I think that people who see this show will start to see Nova Scotia as yet another option as a Canadian province in which to shoot. There’s just a different vibe over there, in terms of working in TV and film, but also it’s not just a beautiful,  Nova Scotian gorgeous backdrop. It’s a real character, Nova Scotia, and there are just parts that aren’t that beautiful and there are shows that should be shot there.

NH: The thing that was super surprising to me was that I was so unaware of the multicultural, multi-religious background of Halifax, I was shocked by that. I’m from Newfoundland myself. So I just assumed it was going to be like Newfoundland and it’s really not, it’s very different. They’re night and day [laughs] really in many ways, so that was so fascinating for me to see. To me, it’s important as well to see people represented on TV in Canada, and that it’s gone too long without seeing.

VA: Once we start to have these kinds of conversations—lift up the veil, take away any type of pre-conceived notions or stereotypes about which we may or may not have about certain groups in this country, and really start to say, “Hey, what about this story? What about that story?” You’ll be very surprised that the floodgates will just open for so many voices because they’ve been stifled for so long.

VA: The first thing that came to mind after I read it was “Oh, thank God! Finally, someone is talking about this shit!”. I don’t mean to curse, but I think that sometimes we just talk about these things within our own circle, behind closed doors. But then to everyone else, Canada is this Kumbaya happy-go-lucky place where everybody gets along, there’s just no type of turmoil or struggle or prejudice or bigotry or stereotypes, when in fact, it’s even more.

VA: It’s like this passive-aggressive “what’s happening”? It kind of starts to air a bit of the dirty laundry, but in a way that is like “Oh, finally! We don’t have to keep our mouths shut about this!”, you know?

NH: Mmmm-hmmm. Canadians keep that a little bit private. We’re more conservative in some ways, and not in others. At least how I grew up it was like “let’s not talk about this”. It was funny, I was meeting with a cousin of mine last night who lives in Toronto now, and we had this conversation and talked about the craving of wanting to dive deeper even within families, but it’s all like: keep it a little bit behind closed doors—don’t talk too much about things. So I think that to be okay with that, it’s important culturally, open the floodgates and allow it, because I think that that is healing.

VA: It’s so much in our face though, when we walk outside—at least in a place like Toronto or a place like Nova Scotia, where they have the largest black community in all of Canada, it’s just so in your face when you walk out of the door. It’s just a drastic, stark difference from sitting on your couch and watching TV, and then you turn your TV off and go into the real world and it’s like “this is literally nothing like what I just watched”. So I think that living in Toronto, at least as a Torontonian, there are so many things that are just in your face here as far as some of the police brutality, some of the injustices, it’s like we can’t not talk about it any more, it just becomes silly. The young millenials are looking at us like “Are you guys serious? This is not anything like my daily life”, let’s really talk now. You can’t just hashtag it away. 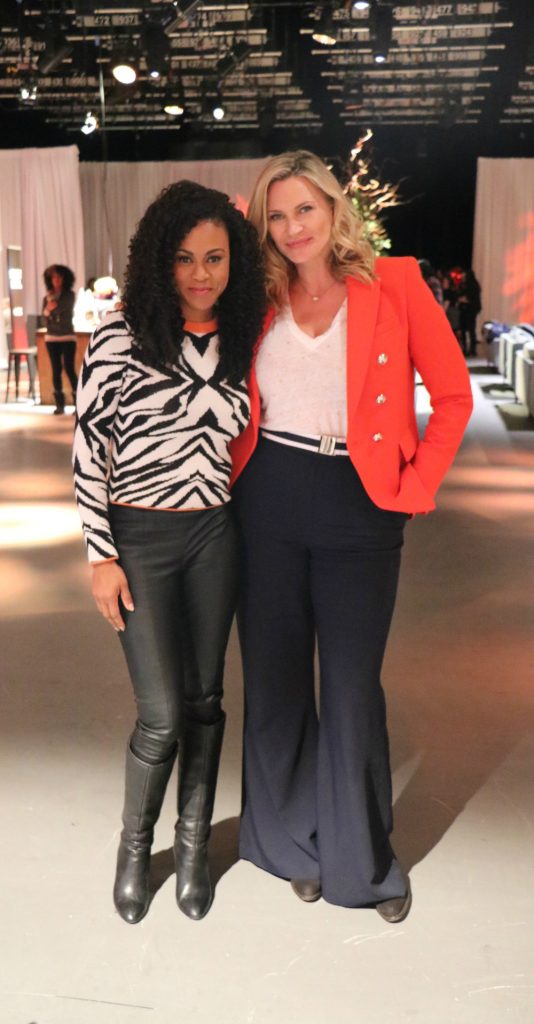 BT: Had you ever worked together or known each other in any capacity?

NH: No, we didn’t, but I feel like I’ve known her forever. [laughs]

BT: You two have such incredible rapport. Why do you think you connected so well with one another?

VA: Oh my goodness, just that we’re both single moms.

NH: We’re both single moms. We went out one night early in the production and just had a lot in common.

VA: Yes, just working in the biz at a young age, as mothers, we both left Canada and moved to the States [gestures to Natasha], you left much earlier, but I feel like I spent most of my adult life in the States.

NH: The States as well, yeah.

VA: And she’s just insanely funny, and I think that anybody who doesn’t take themselves too seriously, I’m just like “you’re my sister!”.