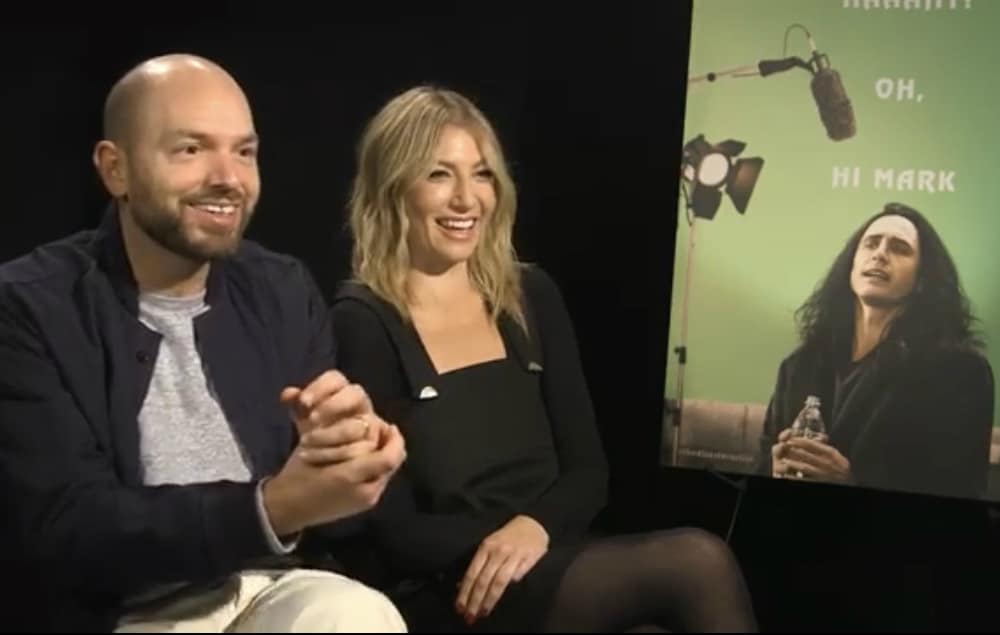 The Room has been widely described as the “Citizen Kane of bad movies” and everybody who watches it is amazed that it ever got made. Financed, directed by and starring the enigmatic Tommy Wiseau, the 2003 film went on to become a cult classic, playing regularly to sold-out crowds in North American theatres. Wiseau’s The Room co-star (and real-life close friend) Greg Sestero also went on to co-write a best-selling novel about “the greatest bad movie ever made”, which has now been turned into the smash hit film The Disaster Artist.

Prior to the film’s world premiere at TIFF, we had the chance to sit in two rooms where it happens (the hilarity, of course). First we sat down with The Disaster Artist stars Ari Graynor (For a Good Time, Call…) and Paul Scheer (The League) where they told us about their first encounters watching The Room and their experience working with the film’s director/star James Franco. Watch our video interview here:

Then we had the wonderful opportunity to sit in a media scrum room with Graynor, Scheer and Dave Franco (who plays Greg Sestero in the film). Here’s what Dave told us about working with his brother: “There’s so many cameos and people would pop-in for a day. We let them know they’re not being directed by James Franco but by Tommy Wiseau. I love working with my brother. He’s a great actor, director and puts a lot of time into casting the right people. He lets actors trust their instincts and to do their own thing”.

The Disaster Artist is now playing in theatres everywhere!