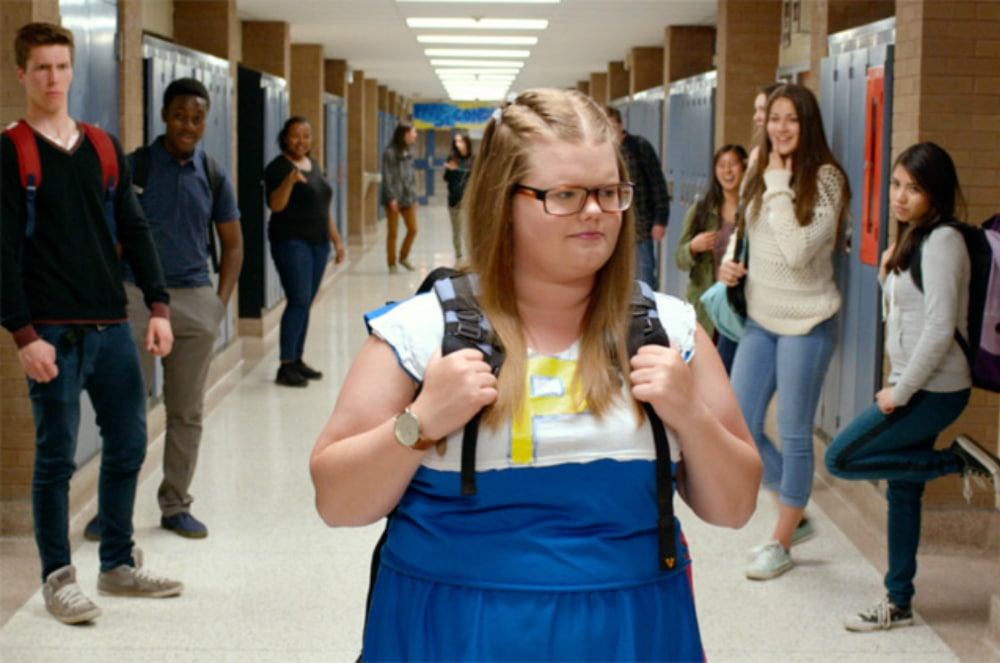 Michelle McLeod is a perfect fit for the character of Irene in the film Don’t Talk to Irene, though the search to find her was long. But when she did get her first movie role, and a leading one at that, it’s hard to take your eyes off the actress. She is that good. She was also a pleasure with whom to speak on the phone. We jumped on the opportunity to let McLeod know how much we enjoyed her performance in the film.

Brief Take: This movie is hilarious. Were you cracking up all the time on set?

Michelle McLeod: Oh yes. Everyone was so much fun with which to work. Also, I got to work with Scott Thompson, who is like a comedy God. He was definitely cracking us up on set, and it was just a lot of fun. Really, it was like going to a day camp every day and hanging out with my best friends. It didn’t even feel like working, it was so much fun.

BT: What surprised you the most after playing the film at TIFF?

MM: My biggest takeaway was how well received it was and that it was less like acting and more that it had an impact on my life. I had a lot of people come up to me afterwards and talk about how that film really resonated with them personally, and I knew that the film had a lot of heart while I was filming it, but I didn’t know that it would have such a personal impact on audiences. Like, people were crying, people were laughing, people were cheering, and I couldn’t in my wildest dreams have expected an audience to be so involved in the film. It was insane.

BT: This film really shows that bullying is a major problem, even with adults.

MM: Oh yeah. It’s like what Geena Davis says in the film, “No one likes it when someone is fatter than you, and succeeds in life”. There are adult bullies, and some people just don’t realize we each have our own lives, and we’re doing the best we can, and the best we can do is support each other. Why waste our time and energy on bringing people down. It just doesn’t make sense, but it still happens, you know?

BT: Did Geena Davis inspire you in real life?

MM: It’s kind of cool. I used to watch Geena Davis, obviously when I was a kid, and one of my favourite movies was A League of Their Own. I used to play baseball when I was a kid and I used to think, “Oh, I want to be a baseball player when I grow up”, and had innocent young dreams all the time. But Geena Davis is inspirational not just as an actor, she’s gone through a lot, she’s worked really hard, and for her to share her struggles, and to be more honest as herself in this film, that was kind of cool to me. After the film, I thought to myself, “we’re all just trying to do our best and like everyone, and all we have to do to succeed in life is focus on ourselves and focus on doing the best we can”.

Don’t Talk to Irene has been extended to a second week at Cineplex Yonge & Dundas.