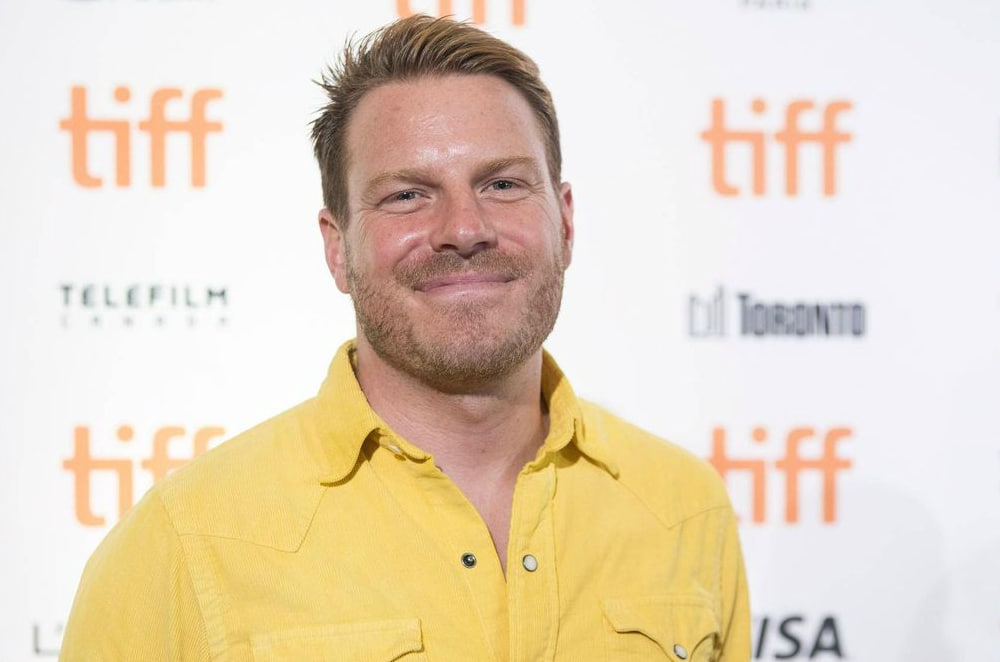 Brief Take is a huge (!!) fan of the film Don’t Talk to Irene, so much so that one of our quotes is on the poster! We spoke to the film’s hilarious writer/director Pat Mills by phone from Calgary where he was showing the film, while the rest of the cast and crew were in Toronto at a Q&A at Cineplex Yonge and Dundas.

Brief Take: What are some of the easter eggs in the film?

Pat Mills: One little detail would be the maggot that Irene meets is named Veronica, which is Geena Davis’s character’s name in The Fly. Then the fly you see at the end, which basically ends the movie, the underdog of the world, which is a maggot, does survive. So Veronica is basically Geena Davis, because I remember a scene in The Fly in which she gives birth to a maggot is absolutely horrifying.

BT: Let’s ask what would have happened had Geena Davis not committed to the film.

PM: When we made the offer, we weren’t sure if she was going to say yes, because it is sort of a pipe dream, and had she not done it, we had a list of people we would go to, had she said no. But I’m really glad it was her because all of her advice and references come from her own life and I took some of her dialogue based on some interviews she had done. In one interview, she said she felt like she took up too much space in the world because she was so tall. I knew that she had a great sense of humour, and in fact the line in which she says, “don’t worry about embarrassing yourself, I was in a movie called Earth Girls are Easy and I survived”, that was her idea.

BT: What was your highlight of TIFF?

PM: We did one screening for donors and they all gave us a standing ovation when we walked into the room. That was fun, I’ve never had that happen before.

PM: RBC employees loved the movie which I was happy about, but for which I wasn’t prepared. I can switch over from Canada Trust so that they can make money off my overdraft.

BT: Bullying is a very relevant subject to the film.

PM: I agree, definitely. I felt like when I was younger, schools weren’t necessarily talking about bullying the way they do now, and I feel like it’s now embedded in the curriculum. I actually hope that young kids are more kind nowadays because people are talking about it more with It Gets Better campaigns and Lee Hirsch’s movie Bully and I think it’s a conversation that people are more willing to have.

BT: The president of the United States is something of a bully as well.

PM: He is a bully. That’s a very good point. Throwing in a joke here and there is a good thing. I was bullied and I think it developed my sense of humour and it toughened me up in a way. You grow up and realize that they are weak people, so it’s always nice to make fun of them.

BT: What have you learned about the film from exhibiting it at TIFF?

PM: This is a movie that can appeal to a lot of different people. It appeals to people who are middle-aged just as much as it appeals to young people, so having the experience at TIFF, it made me realize that it can empower a lot of different people of different ages. I didn’t necessarily think of that while making the film, but seeing how it lands with audiences, you could go see it with your grandmother and everybody would take away something different from it and enjoy it as entertainment but also it can make different generations feel good about themselves, which is fun.

Don’t Talk to Irene was featured in the 2017 Calgary International Film Festival and the cast and crew will be participating in Q&A’s September 30th and October 1st at 8 pm at Cineplex Yonge and Dundas in Toronto.